Yellowhead (Mohoua achrocephala) is a protected, threatened, endemic bird found only in the South Island, mainly found in the beech forests of Eglington Valley, Arthur's pass, Mt Aspiring National Park and the Catlins area where a quarter of the population live. Their numbers have declined dramatically in the early 20th century due to the introduction of black rats and mustelids. The females when nesting is the ones most often taken.
Yellowheads are 15 cm long and are an olive green colour and have a yellow head and chest. They feed on arachnids, invertebrates and seeds.
Breeding occurs during October to December with a grass or moss nest built in a hole in a tree. Up to four pinkish eggs are laid. They are incubated by the female for about 20 days. 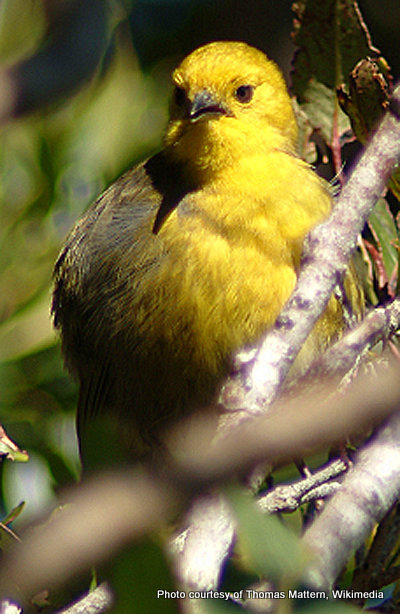