The Yellowhammer, Emberiza citrinella, is a passerine bird in the bunting family Emberizidae. It is common in all sorts of open areas with some scrub or trees and forms small flocks in winter.
The Yellowhammer is a robust 15.5–17 cm long bird, with a thick seed-eater's bill. The male has a bright yellow head, yellow underparts, and a heavily streaked brown back. The female is much duller, and more streaked below.
Its natural diet consists of insects when feeding young, and otherwise seeds. The nest is on the ground. 3-6 eggs are laid.
It is most commonly found on lowland arable and mixed farmland, probably due to the greater availability of seeds. It nests in hedges, patches of scrub, and ditches, especially if these have a wide grass margin next to them and a cereal crop next to the margin. Hedges of up to two metres tall are preferred, and they will not nest until it is in full leaf, building the nest next to the hedge if it is built before this. In winter, the flocks feed at good seed sites, such as newly-sown fields and over-wintered stubbles. The Yellowhammer was introduced to New Zealand in 1862 and is now common and widespread here. 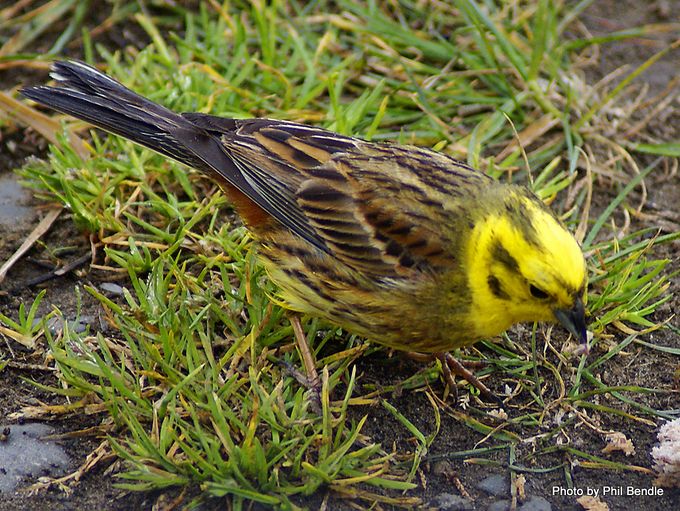 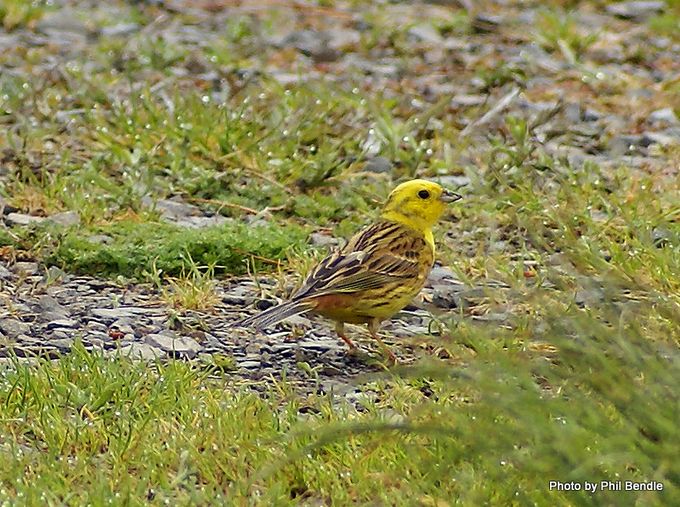