Carex echinata is a Holarctic species. Its world distribution covers Europe, Macaronesia, western and oriental Asia, much of America, Australia and New Zealand.
This indigenous (non-endemic) sedge is found in the North, South and South Islands from about Te Moehau in the Coromandel Peninsula south. It is a plant of wet forests, bogs and marshes, and grassy areas of moderate elevation in the northern part of New Zealand. The further south the lower the altitude it grows, descending to sea level in the south-west of the South Island and on Stewart Island.

Carex echinata grows from a rhizome and has a solid, ridged stem (.2.7 mm wide) that too grows > 35 cm high. It has a few thready leaves toward the base.
The inflorescence is on the top of spike and contains both staminate (male flower, bearing only stamens) and carpellate flowers (they bear a gynoecium but no stamens are called carpellate), with the staminate flowers located below the carpellate flowers.
The achenes (one-seeded fruit) are enclosed in a sac called a perigynium or a utricle (a modified tubular bract).
They form the star-shaped group of perigyniums.

Carex echinata can be is easily recognised by the star-shaped arrangement of the perigyniums. They can be clearly seen when the plant is viewed from above. 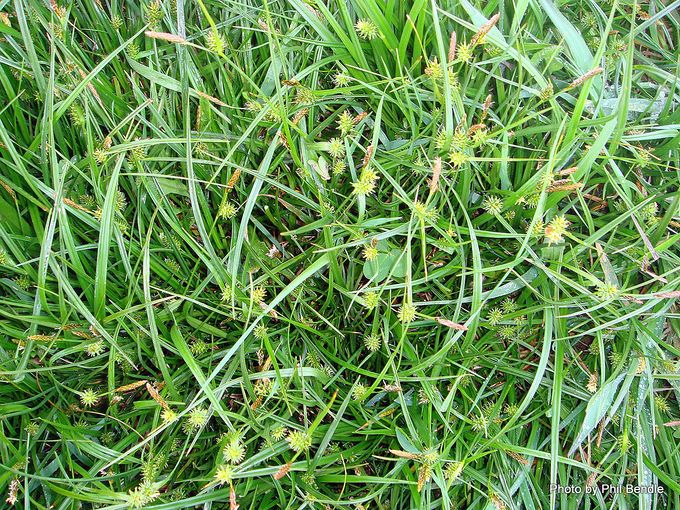 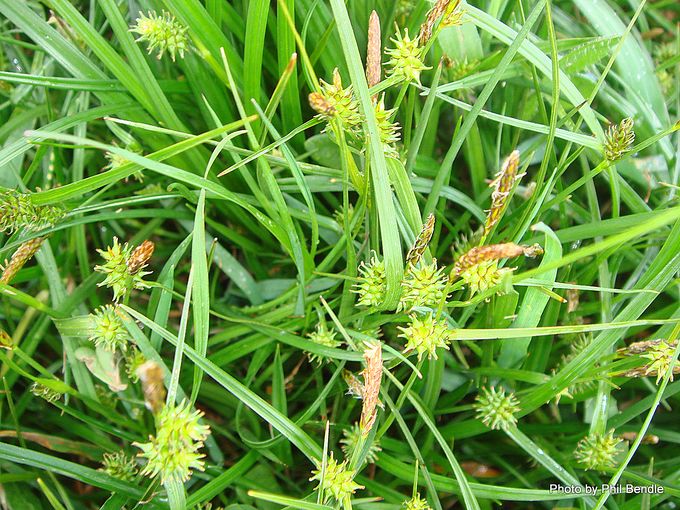 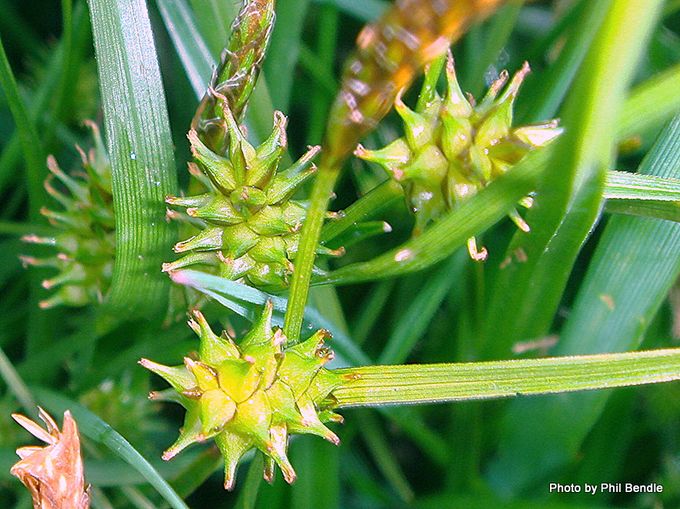 The male inflorescence is on the top of spike with the star-shaped group of perigyniums that have developed.from the female carpellate flower are below 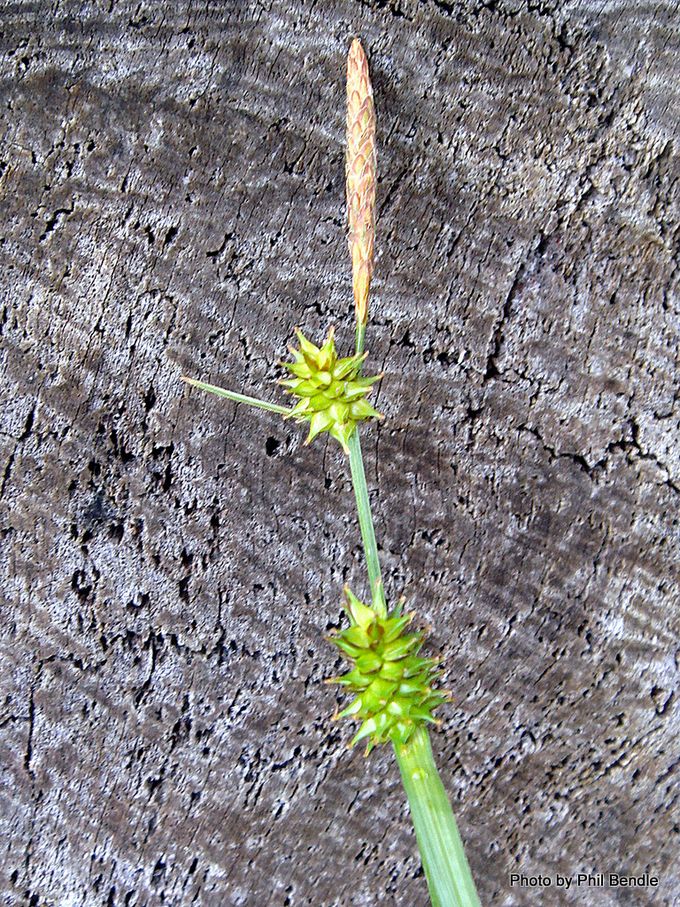