Raoulia buchananii a native, endemic, flowering, alpine plant that forms hard, amorphous, cushion-like masses with only the growing tips visible. Raoulia buchananii is one of 26 New Zealand plants in genus Raoulia. Due to their shape and form, some of the Raoulia species clusters from afar resemble woolly sheep resting on the scree, thus giving them their alternate name, vegetable sheep.

Raoulia buchananii grows only in the South Island. It is endemic to south Westland, eastern Otago, Southland and Fiordland, on rocky outcrops and bluffs in herbfields, fellfields and among snow tussock, at altitudes 1200 to 1800m.
Raoulia buchananii has a low, compact habit which protects it from the weight of snow and the worst of the winds by hugging the ground. It has wiry, tough branches with densely packed small, tough, imbricate leaves at the tips. The leaves are woolly hairs which prevent water being lost by drying winds. These hairs also protect them like a blanket from the cold. The leaves grey colour reflects the sun’s rays during summer.
Beneath the leaves are the remains of old, rotted leaves, which form a mass of peat-like material that holds water like a sponge.
Raoulia buchananii has more or less equal numbers of filamentous female and tubular hermaphrodite florets which are surrounded by a cup of papery bracts. Raoulia buchananii flowers are red and they are pollinated by various insects.

The two photos below of Raoulia buchananii in flower were taken near Poseidon Peak in the Humbolt Mountains inland from Lake Mckerrow, Westland. Photographed December 29th


Close up of the flowers 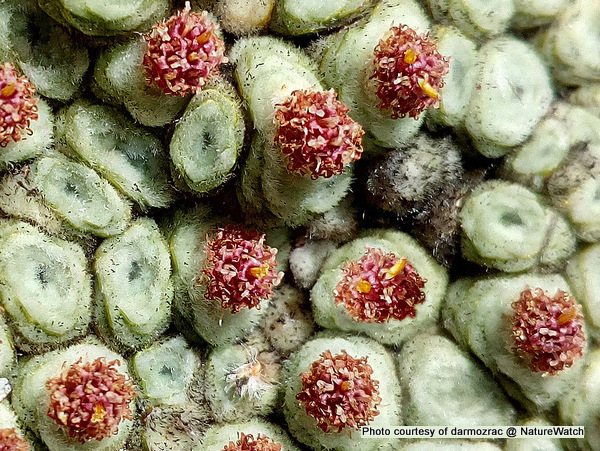 The two photos below were taken in the Mt Aspiring National Park. 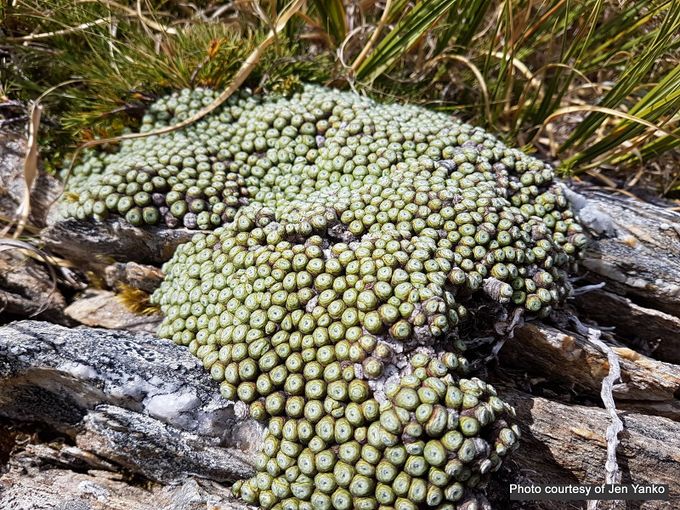 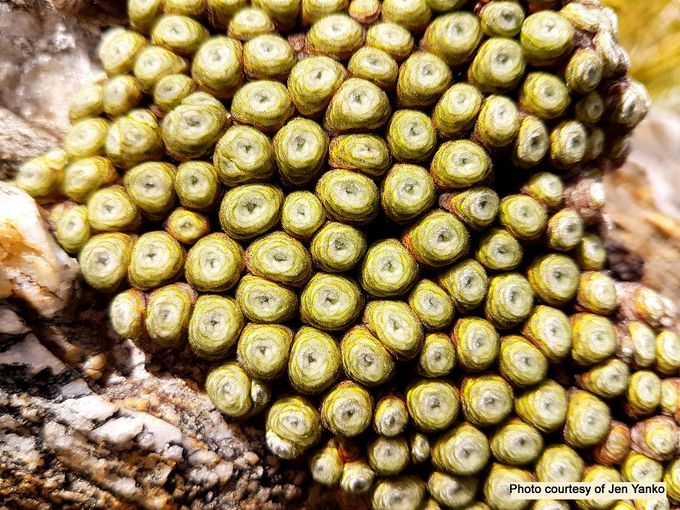