Phytolacca octandra is originally from tropical South & Central America. It is a soft-wooded, bushy and leafy perennial shrub that grows up to 2 metres tall or more and has a very deep, pliable taproot. Its stems are hollow and brittle and are softly and woody near the base, usually reddish, much branched, with numerous white dots of crystalline calcium oxalate inside.
The leaves are narrow-oval (40-150 x 15-50 mm) and are alternate and light green when young, but occasionally turn reddish in autumn. From November to August dense, erect, cylindrical flower clusters (up to 7 cm long) turning from green to pink are produced along the main stem, followed by succulent, purple-black berries (8 mm in diameter) with dark red juice containing seeds.
It grows in heavily disturbed forest and shrubland, short tussock land, bare land, cliffs, coastline inshore and offshore islands, riverbeds and roadsides. In sheltered frost-free locations, inkweed may survive for a number of years and reach a diameter of 2-3 metres or more. In heavily frosted areas, inkweed grows as an annual or may become dormant in winter before regrowing from the base in warmer weather. It is common in the Auckland, Taranaki and Wanganui regions in the North Island and Golden Bay, Kaikoura coast and the Banks Peninsula in the South Island.
Phytolacca octandra contains phytolaccatoxin and phytolaccigenin, which are poisonous to mammals though they seldom graze it. However, the berries are eaten by birds, which are not affected by the toxin because the small seeds with very hard outer shells remain intact in the digestive system and are eliminated whole which aids in the spread of this plant. The seeds are also spread by water movement. 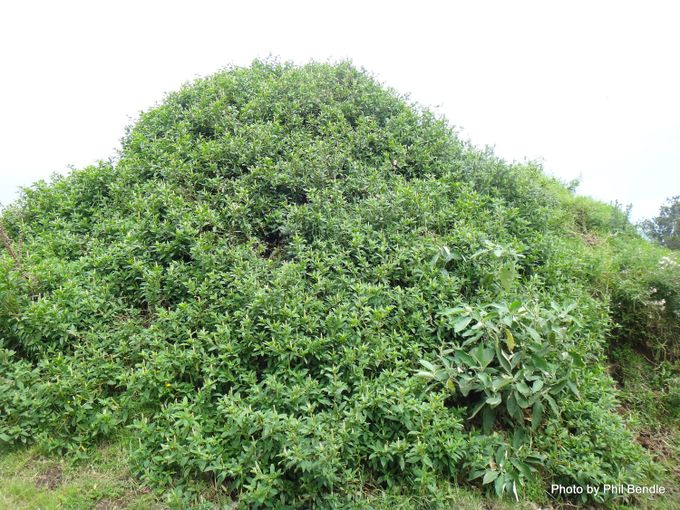 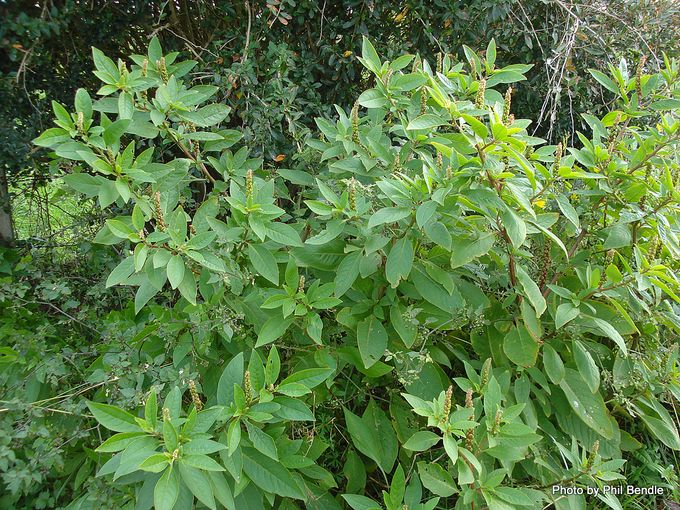 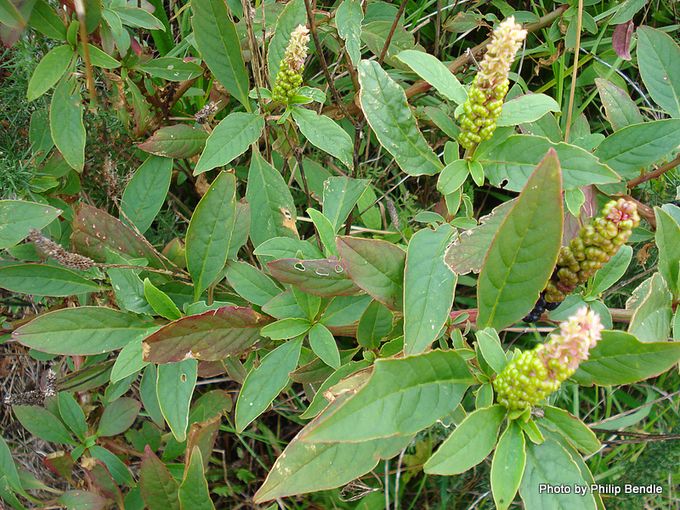 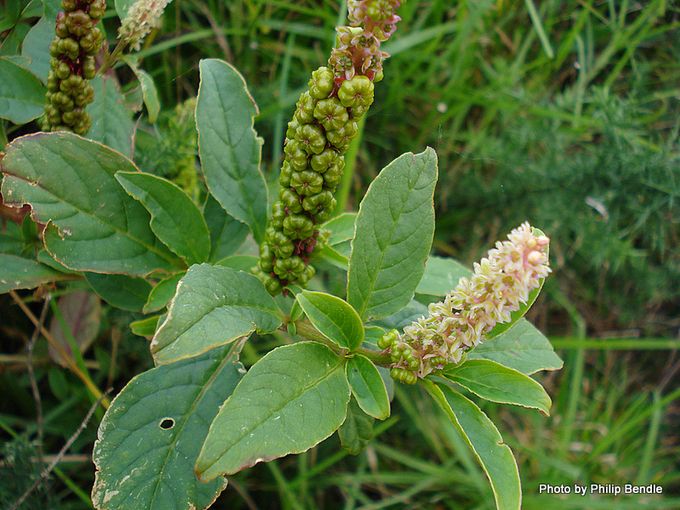 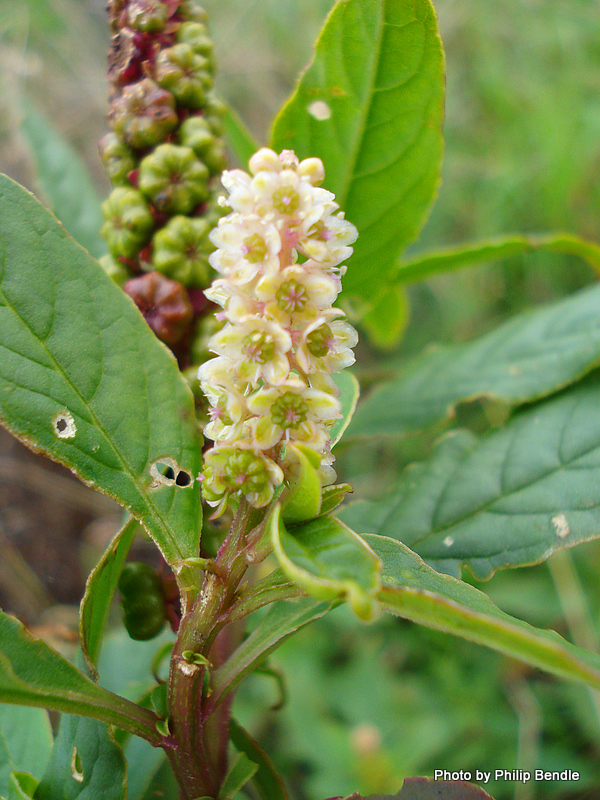 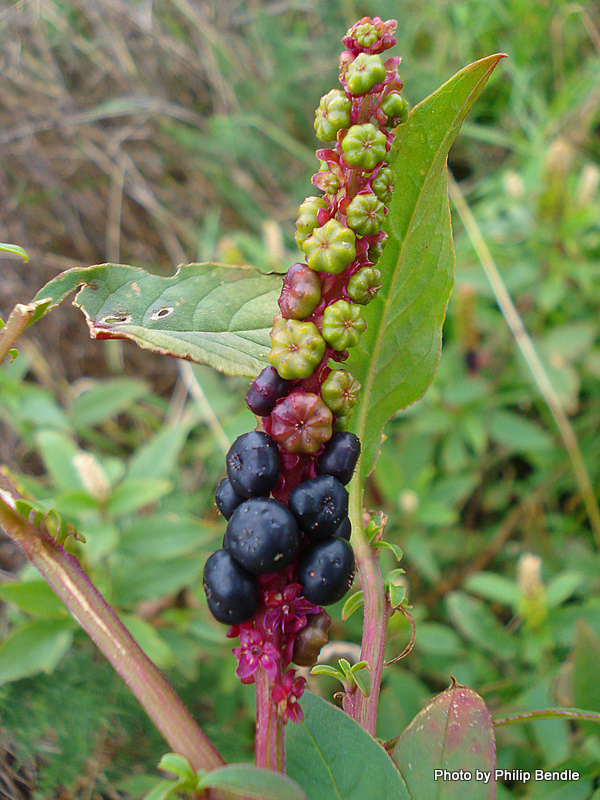 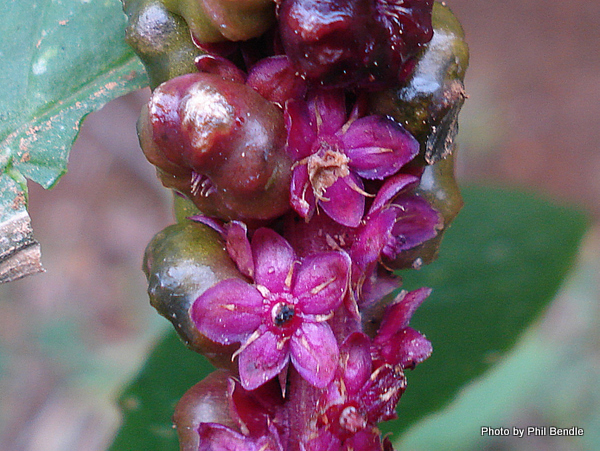 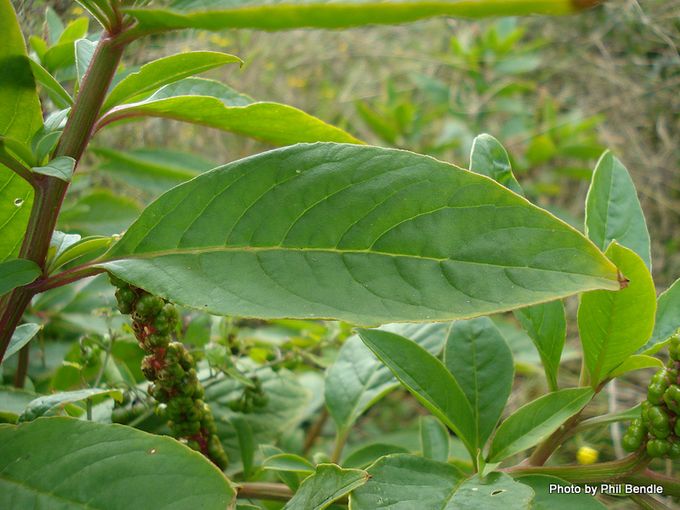 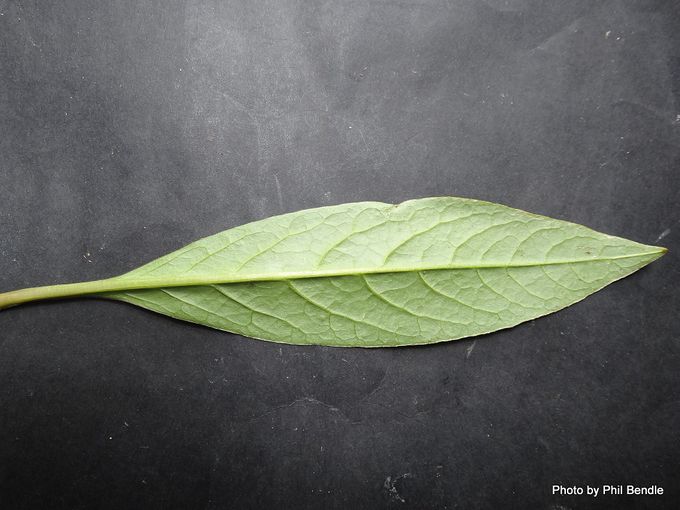