Peraxilla tetrapetala is an endemic parasitic plant in New Zealand. It is a shrub up to one metre tall with glabrous leaves. The flowers are 4-5 mm long, bright red to orange in colour which split open to the base. Red mistletoe is found as a parasitic plant on Quintinia and Nothofagus species.
In Taranaki, this plant can only be found in the northern area of the province and is in decline.


The plant is highly palatable to the introduced Common Brushtail Possum resulting in a threat to the plant population. Red mistletoe is listed as in "Gradual Decline" in the New Zealand Threat Classification System and relies on conservation measures to halt the decline. 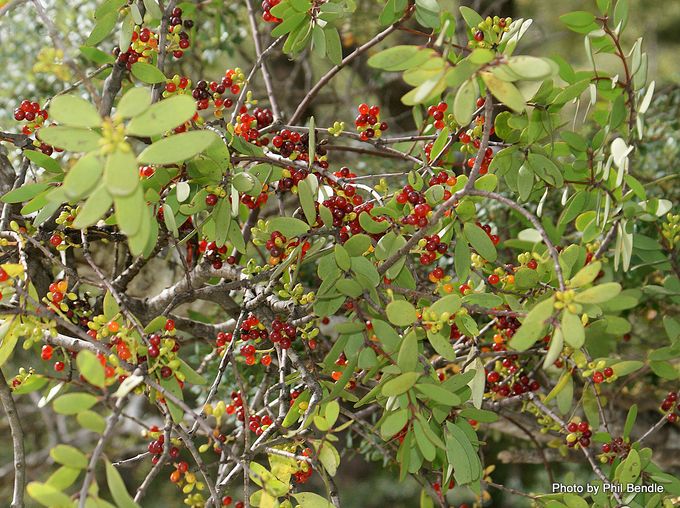 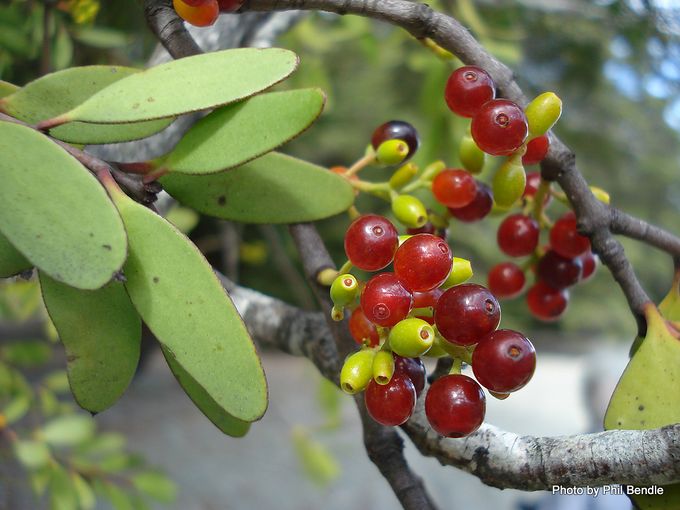