Nicandra is a monotypic genus of flowering plants in the nightshade family containing the single species Nicandra physaloides. It is a poisonous foul-smelling annual native to Peru, and it is known elsewhere as an introduced species and sometimes a weed. It is also kept as an ornamental plant.
In New Zealand, it is found as a weed in waste places and arable land.
Plants grow to 1 metre tall and are vigorous with spreading branches and ovate, mid-green, toothed and waved leaves.
The flowers are bell-shaped and 5 centimetres or more across. They can be lavender white or blue with white throats. The flower becomes lantern-like towards the end of its bloom.
It has brown berries (1-2 cm) in a five-sided net-veined fruit capsule, similar to a Cape Gooseberry (Physalis peruviana).
The plant is thought to have insect repellent properties. The genus is named for Greek poet Nicander, who wrote about plants. 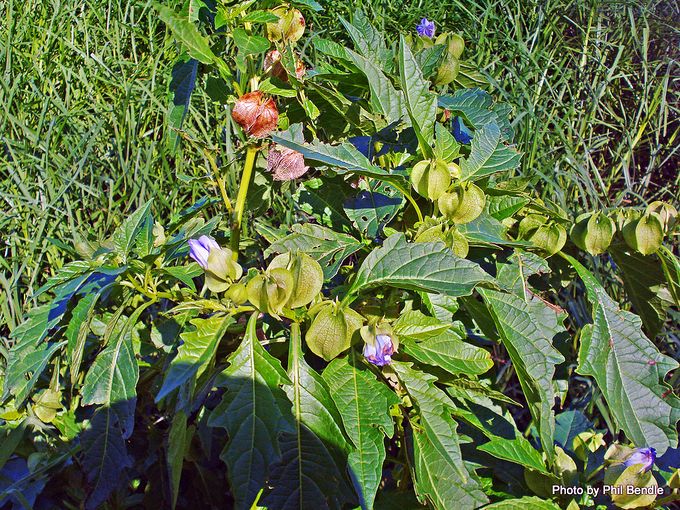 Flower of the Apple of Peru 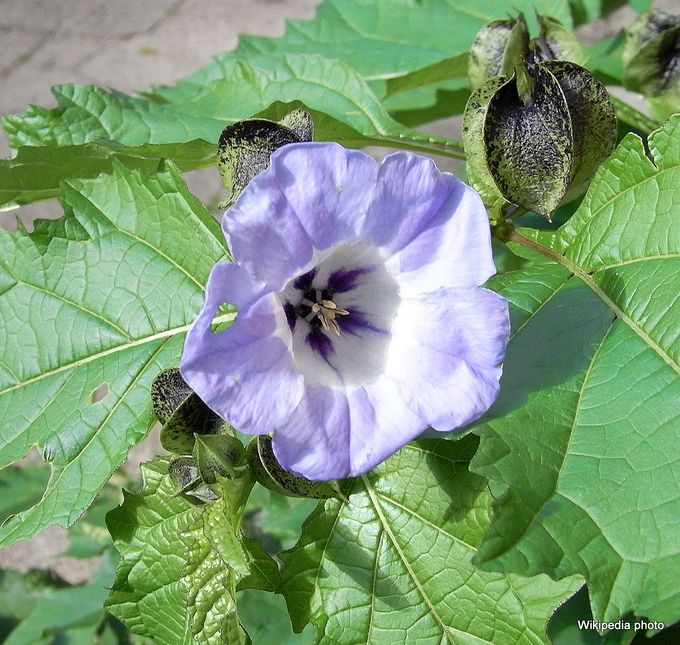 The flower has becomes lantern-like towards the end of its bloom. 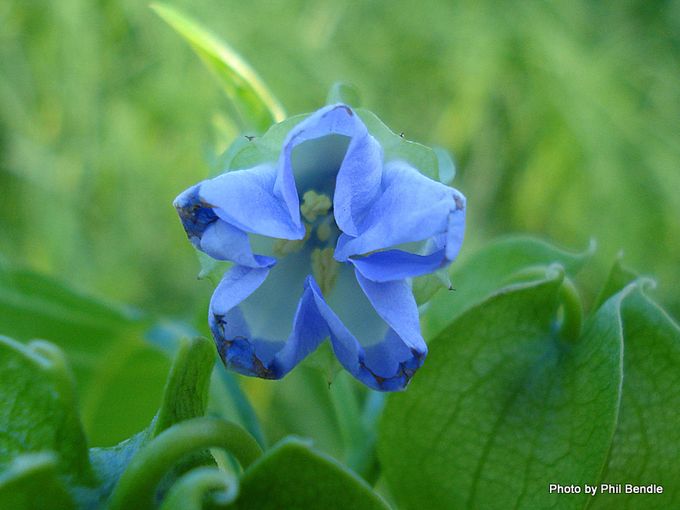 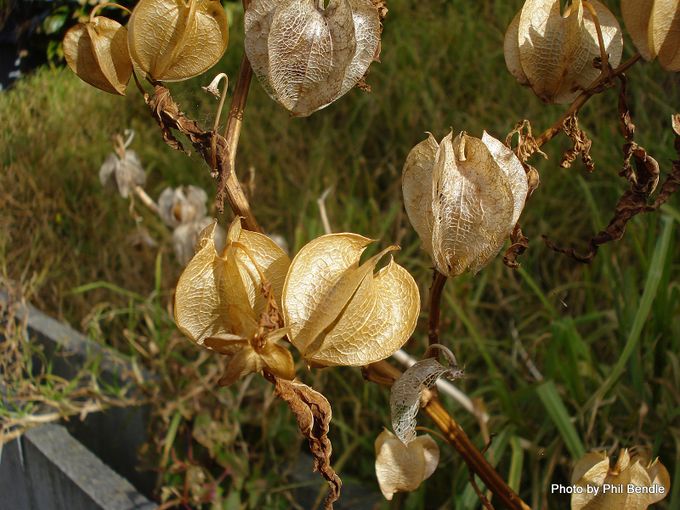 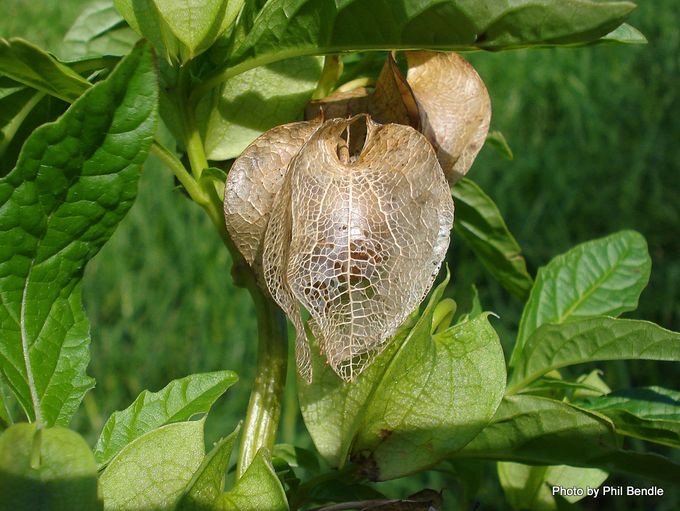 Sepal opened up to show berry 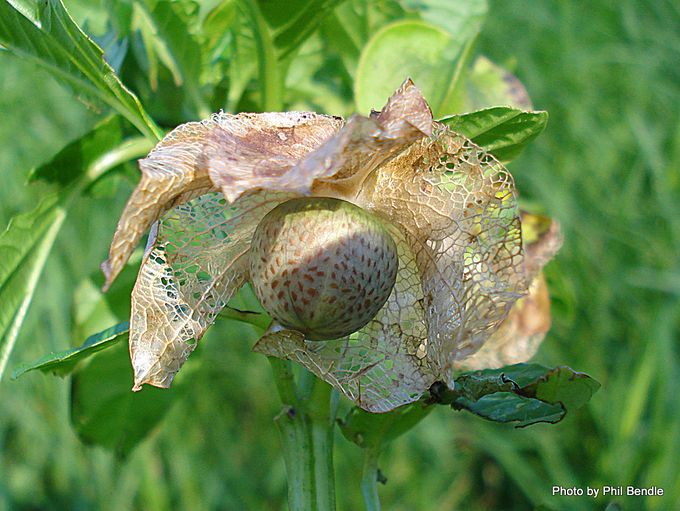 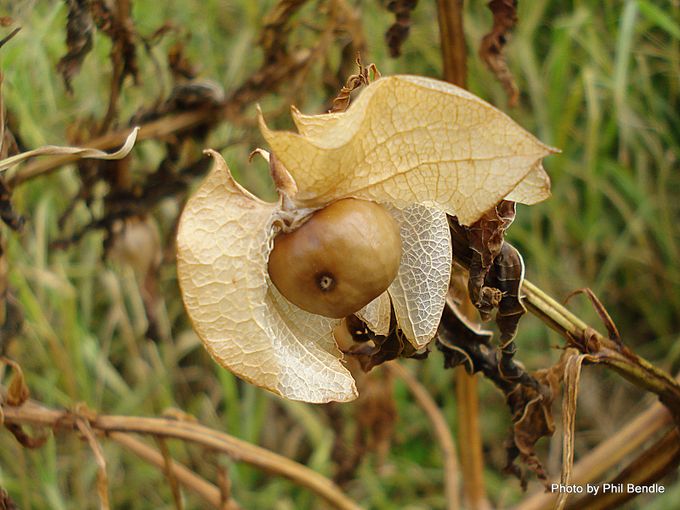 The leaf of the Apple of Peru 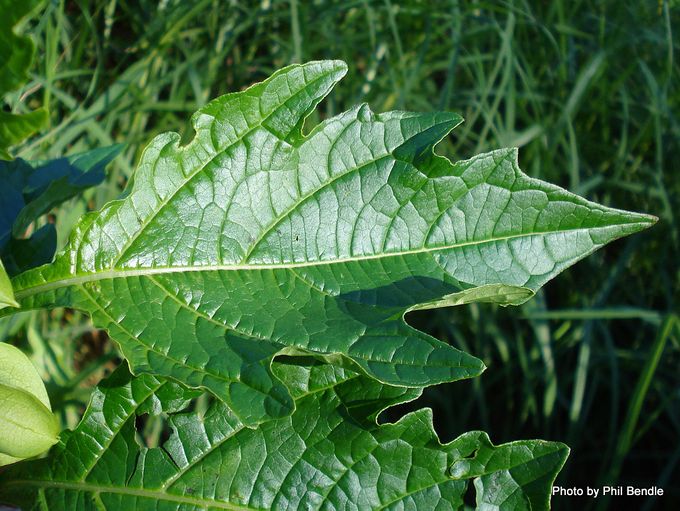