Lupinus polyphyllus is a species of lupin which is native to western North America. It is a perennial herbaceous plant with stout stems growing to 1.5 metres tall. It flowers and sets seed in the summer, dies back to the stem base over winter and re-emerges the following summer.
The leaves are palmately compound with (5-) 9-17 leaflets 3–15 centimetres long. Pea-like colourful flowers are produced on a tall spike, each flower 1–1.5 centimetres long and come in a variety of colours; blue, purple, orange, yellow, pink, white or a mixture of two colours.

In New Zealand, Lupinus polyphyllus is classed as an invasive species and covers large areas next to roadsides, pastures and riverbeds, especially in the Canterbury and Otago regions. Russell lupins were introduced in the Mackenzie Basin in the 1940s from sowings or ‘garden escapees’. It is documented as being first naturalised in
1958 and it has been suggested that tour bus drivers deliberately spread seeds of the plant to promote colourful roadside vegetation in areas which some tourists may consider to be rather drab. Its seeds are dropped close to the parent plant, allowing the population to spread a couple of metres each year. Seeds also spread further if they are carried in waterways, allowing Russell lupins to creep down riverbeds and invade new areas.

This invasive plant threatens indigenous species such as the cushion forming 'forget-me-not' (Myosotis uniflora) and rare, tiny woodrush (Luzula celata). This natural vegetation is often low-lying and sparse, providing ideal conditions for Russell lupins to establish themselves in. Dense stands of lupins eventually shade out and displace these special threatened plants and whole native plant communities. Lupins also modify the ecosystems of braided rivers. Wading birds such as the vulnerable ngutu pare/wrybill, tara/black-fronted tern and one of the world's rarest wading birds, the kaki/black stilt require shallow braids to feed in. The lupins stabilise river gravels, but this forces the river to form deep, rapid channels unsuitable for birds. 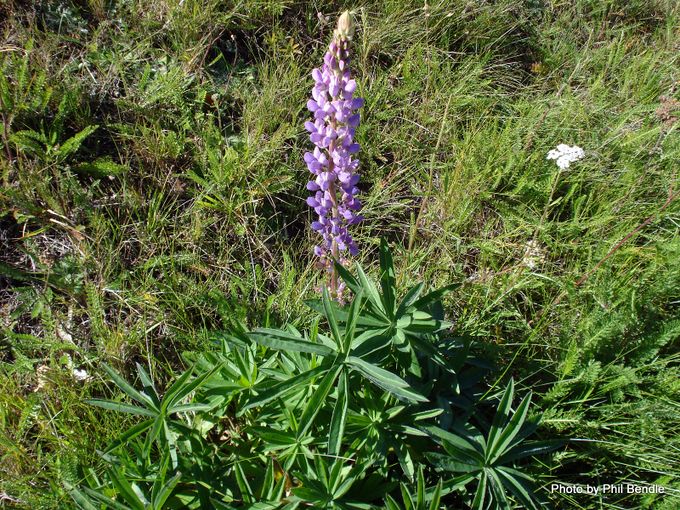 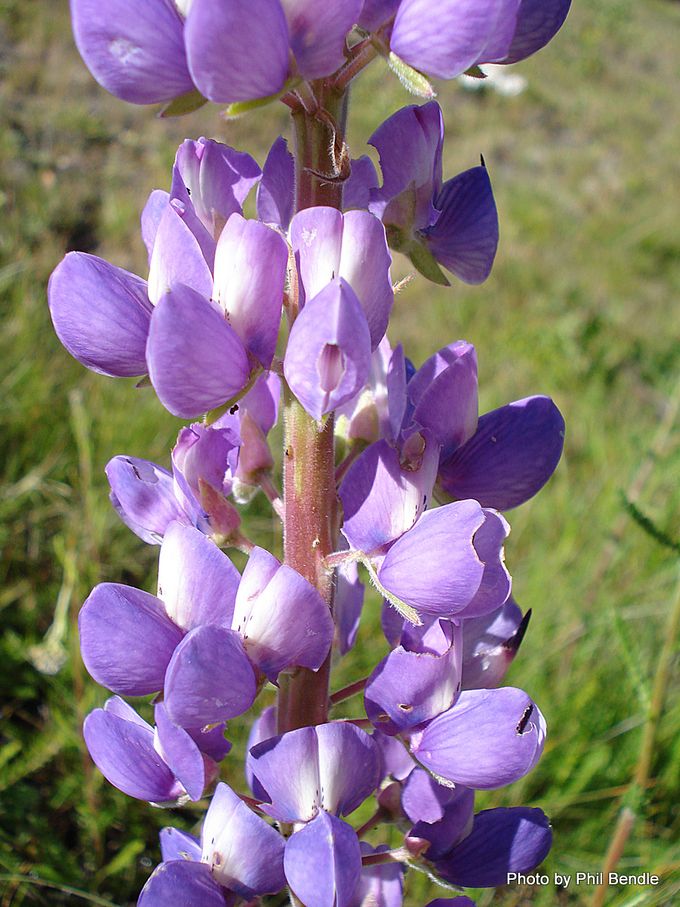 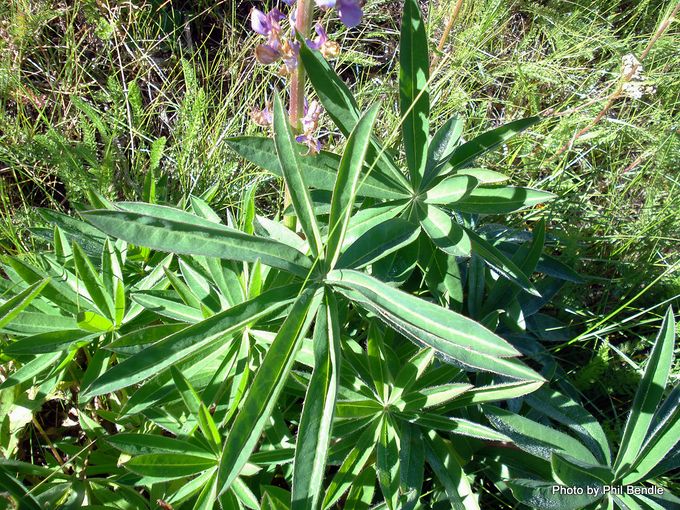 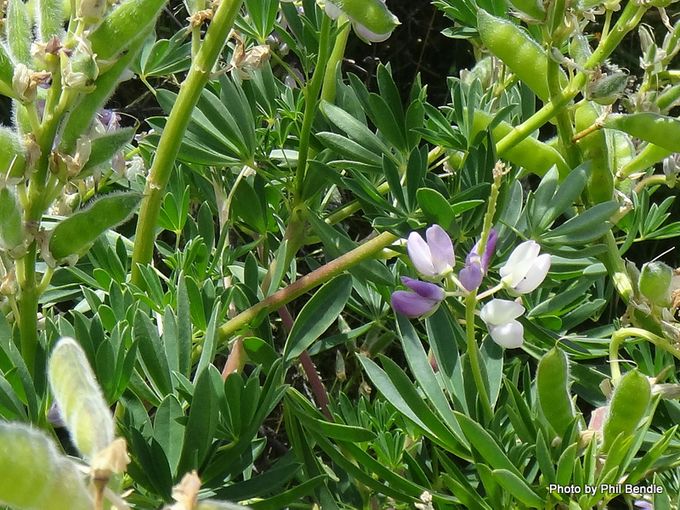 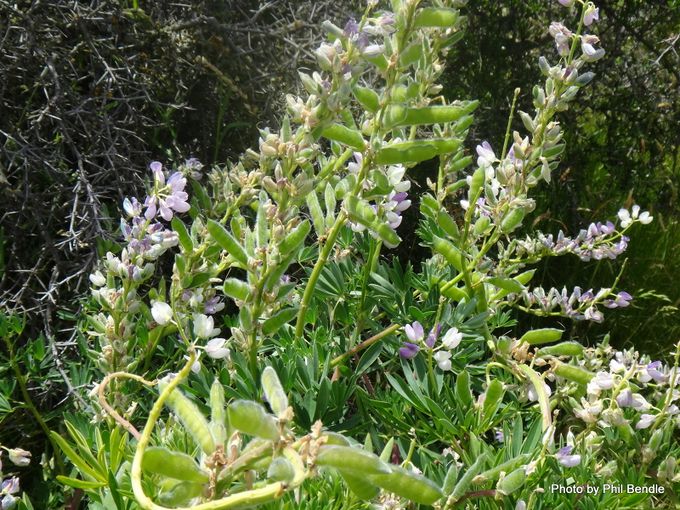 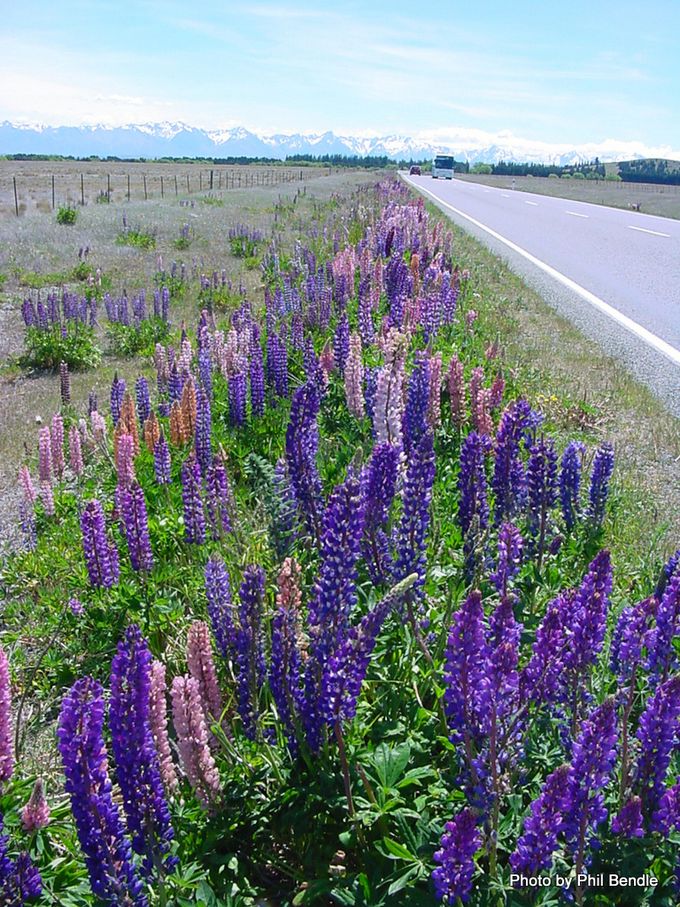 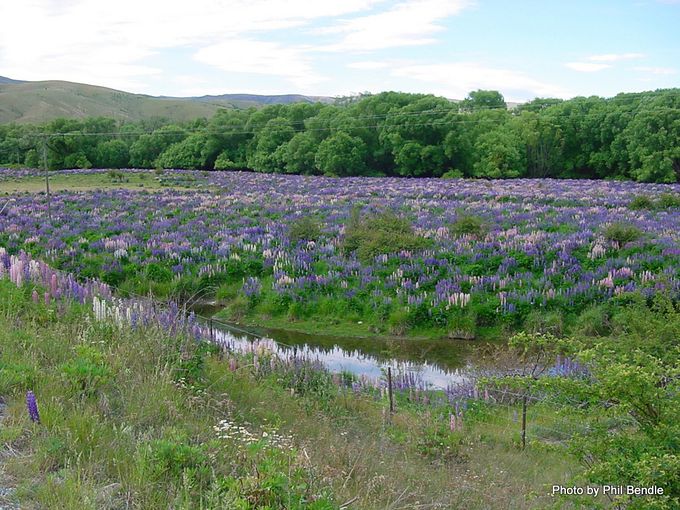 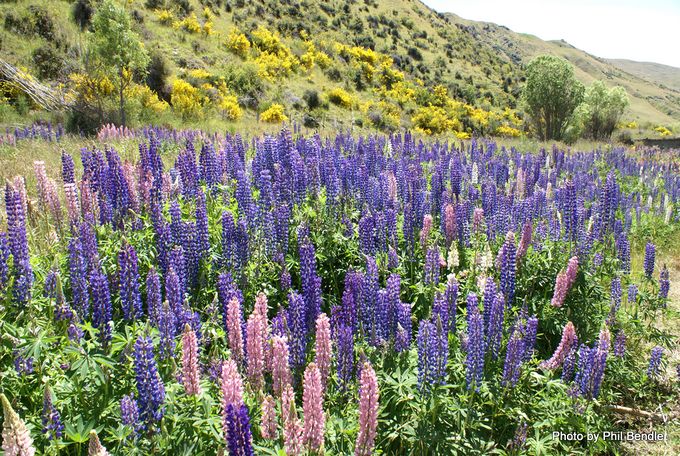 Thanks to Wikipedia for text and Information: http://creativecommons.org/licenses/by-sa/3.0/