Hydrangea is a flowering plant native to southern and eastern Asia (China, Korea, Japan, the Himalayas, and Indonesia) and North and South America. By far the greatest species diversity is in eastern Asia, notably China, Korea, and Japan. Most are shrubs 1-3 m tall, but some are small trees reaching up to 30 m by They can be either deciduous or evergreen, though the widely cultivated temperate species are all deciduous.
There are two flower arrangements in hydrangeas. Mop head flowers are large round flower heads resembling pom-poms or, as the name implies, the head of a mop. In contrast, lace cap flowers bear round, flat flower heads with a centre core of subdued, fertile flowers surrounded by outer rings of showy, sterile flowers.

Colours and acidity: In most species the flowers are white, but in some species (notably H. macrophylla), can be blue, red, pink, light purple, or dark purple. In these species the exact colour often mirrors the pH of the soil; acidic soils produce blue flowers, neutral soils produce very pale cream petals, and alkaline soils results in pink or purple. This is the caused by a colour change of the flower pigments in the presence of aluminium ions which can be taken up into hyper accumulating plants. You can change the colour of Hydrangea macrophylla by simply modifying the pH of the soil. Generally Hydrangea flowers are produced from early spring to late autumn. Most of the species produce white flowers but Hydrangea macrophylla can be in blue, red, pink, or purple. To get blue hydrangeas modify your soil's pH between 4.5 and 5.5. ? For pink to light red hydrangeas soil needs pH of 6.5 to 7.5. Add ground limestone only around the plant to make the blossoms pink. A pH beyond 7.5 results in poor growth.

The hydrangeas with the pompoms of flowers are the "big leaf" species, Hydrangea macrophylla. This group of shrubs is unique because it includes two different flowering types of flowers yet all are the same species.

The first group is the most well known is the "mop head" group which produces big round clusters of florets, but though these appear to be real flowers they are actually sterile. The second group are known as "lace cap" hydrangea. In these clusters there are fertile florets ganged together at the center in a mass, but they have no visible petals. Around the edges of the mass is a ring of sterile florets. A lace cap hydrangea blossom will never mature into a mop head, they are distinctly different varieties. 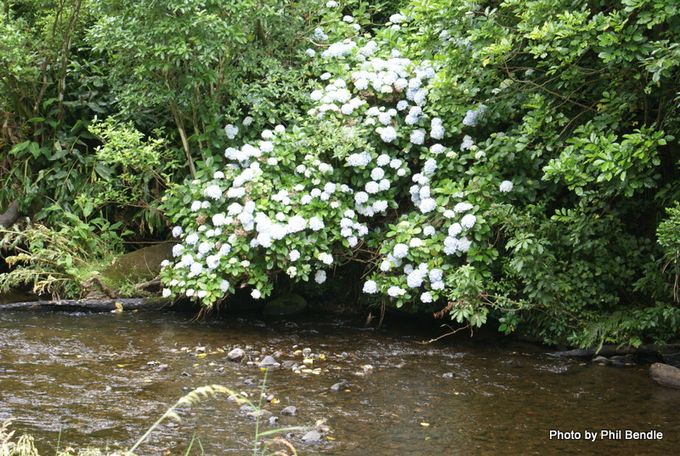 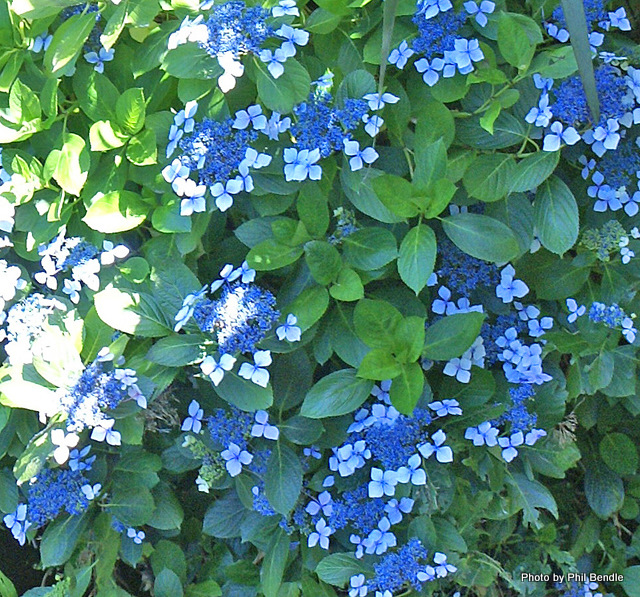 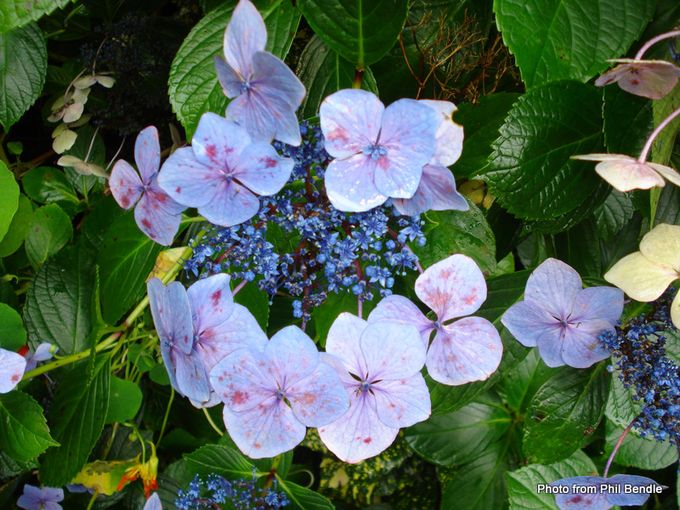