Warning: The milky sap or latex of Euphorbia plant is highly toxic and an irritant to the skin and eye. It the multitude of di- and triterpenes. People who handle Euphorbia plants should wear eye and skin protection. Invisible vapours of the sap can cause discomfort, you should provide for adequate aeration.
Visit Phil Bendle Collection:Poisonous Plants in New Zealand

Euphorbia cyparissias is a species of plant in the genus Euphorbia. It is native to Europe where it thrives in open, disturbed areas. Their natural habitat type is primarily limestone, sandy, or gravelly soils. It has been introduced to New Zealand as and ornamental plant.
This plant is considered a noxious weed in many countries but it is not at present a problem in New Zealand. Like some other non-native plants, it invades the habitat of native species.
All parts of cypress spurge contain toxic latex that irritates the eyes, mouth, and gastrointestinal tract and cause dermatitis upon contact in some people. Most grazing animals avoid cypress spurge. Sheep can browse the plant with no ill effects, but cattle that accidentally ingest it become weak, collapse, and may die (Muenscher, 1964). It is highly toxic to fish.
Euphorbia cyparissias is a perennial whose root system consists of two root types. Young seedlings send out a taproot that is persistent and indeterminate. The taproot may reach lengths of three or more meters and give rise to lateral roots, which produce adventitious buds.
The plant will reach a maximum height of about >40cm centimetres before flowering in mid-spring. The flowers are in a convex to round cluster of 10 or more flowers at the top of the stem, smaller clusters may arise from branches near the top of the plant. They can be a diploid sterile flower (2 sets of chromosomes per cell) or a fertile tetraploid flower (4 sets of chromosomes per cell). Only the fertile flowers produce a fruit which is a 3 sectioned capsule, about 3mm across, each section containing 1 seed. It is an explosive capsule that splits open when mature and throws its seeds up to five meters. 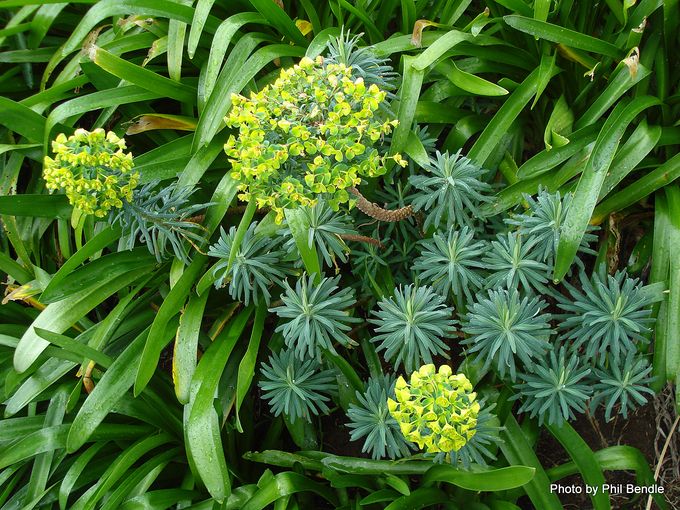 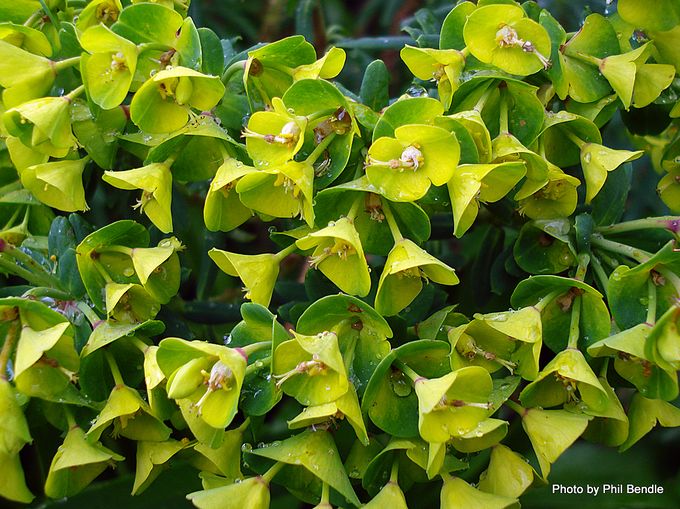