Warning: The milky sap or latex of Euphorbia plant is highly toxic and an irritant to the skin and eye. It the multitude of di- and triterpenes. People who handle Euphorbia plants should wear eye and skin protection. Invisible vapours of the sap can cause discomfort, you should provide for adequate aeration.
Visit Phil Bendle Collection:Poisonous Plants in New Zealand

Euphorbia is a genus of flowering plants belonging to the family Euphorbiaceae. Consisting of 2008 species, Euphorbia is the fourth largest genus of flowering plants. The family is primarily found in the tropical and subtropical regions of Africa and the Americas, but also in temperate zones worldwide.
Members of the family and genus are commonly referred to as spurges. The common name "spurge" derives from the Middle English/Old French espurge ("to purge"), due to the use of the plant's sap as a purgative.
The Euphorbia is an annual or perennial herb with a caustic, poisonous milky sap (latex). Post-mortem examination of people killed by Euphorbia latex has revealed severe inflammation of the walls of the stomach and intestine and in some cases, the wall of the stomach has been perforated. 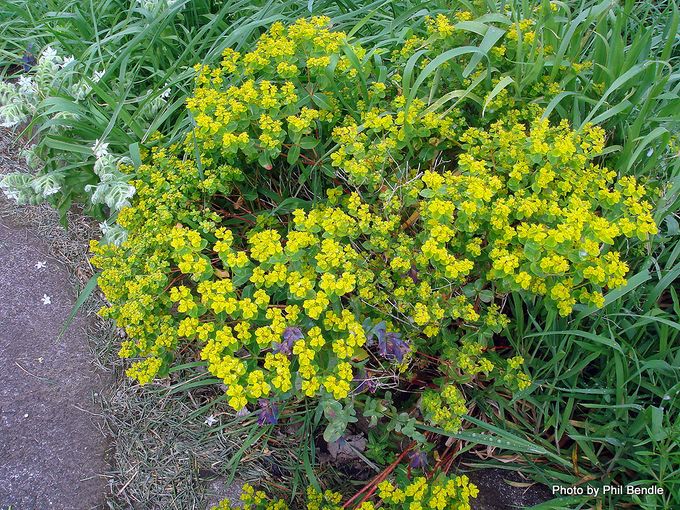 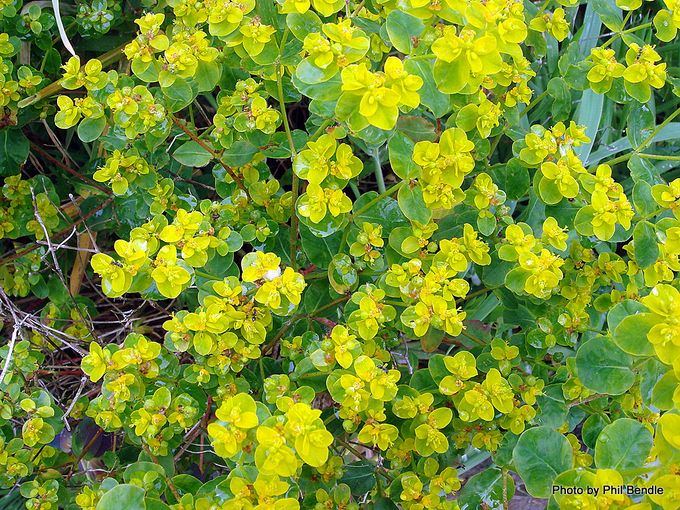 The bubbles under the flowers are from a spittlebug (Philaenus spumarius) 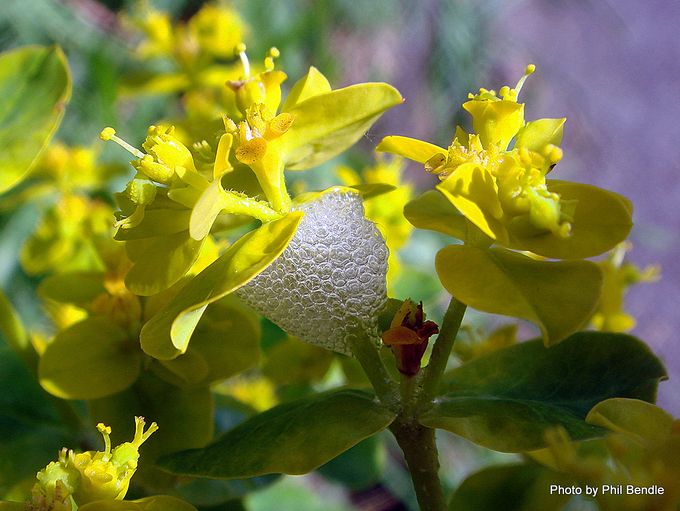 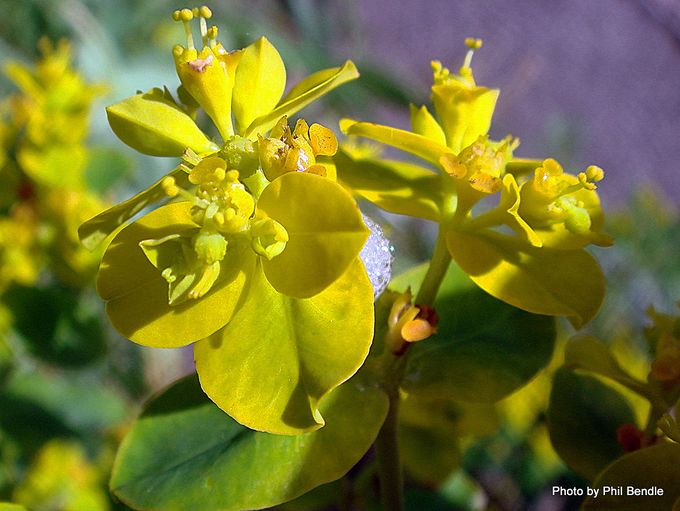 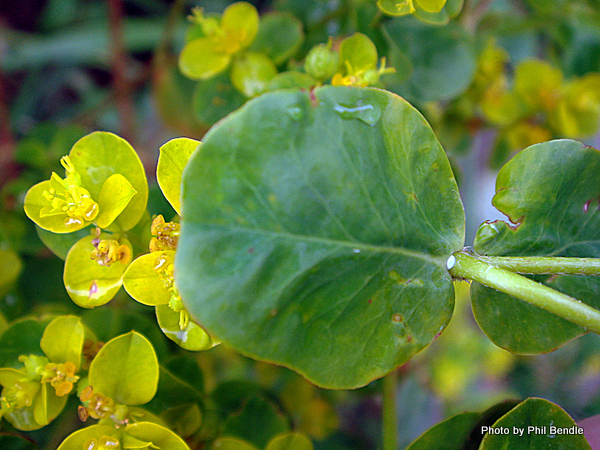