Hemlock is a member of the family Umbelliferae, the same family of plants to which the parsley, fennel, parsnip and carrot belong.
Every part of this plant, especially the fresh leaves and fruit, contains a volatile, oily alkaloid, which is so poisonous that a few drops prove fatal to a small animal.
The poisonous property occurs in all parts of the plant, though it is stated to be less strong in the root. Poisoning has occurred from eating the leaves for parsley, the roots for parsnips and the seeds in mistake for anise seeds. Many children, too, have suffered by using whistles made from the hollow stems of the Hemlock, which should be extirpated from meadows and pastures since many domestic animals have been killed by eating it, though goats are said to eat it with impunity.

Conium maculatum flowers are white with 5 petal and no sepals. Flowers occur in clusters called compound umbels. Flower clusters are on highly branched stalks, which can be up to 8 feet off the ground. Poison hemlock is a biennial, so it initially forms a rosette in the first year's growth.
The rosettes are rather bushy compared to other plants and can grow up to 40 cm tall and wide. During the second year, the plant grows erect, highly branched, flower stalks. In its mature form, poison hemlock can grow as high as 2 metres tall.
The stems are smooth and hollow and are conspicuously spotted with purple or pink.blotches.(see photo below) 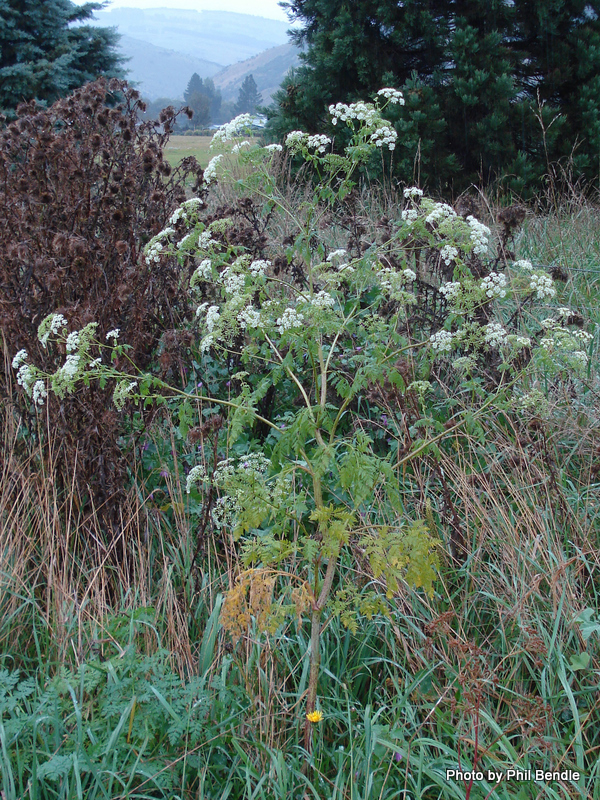 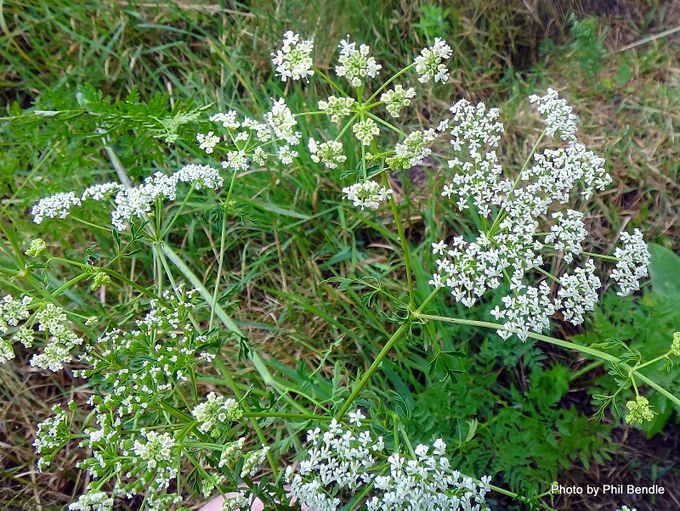 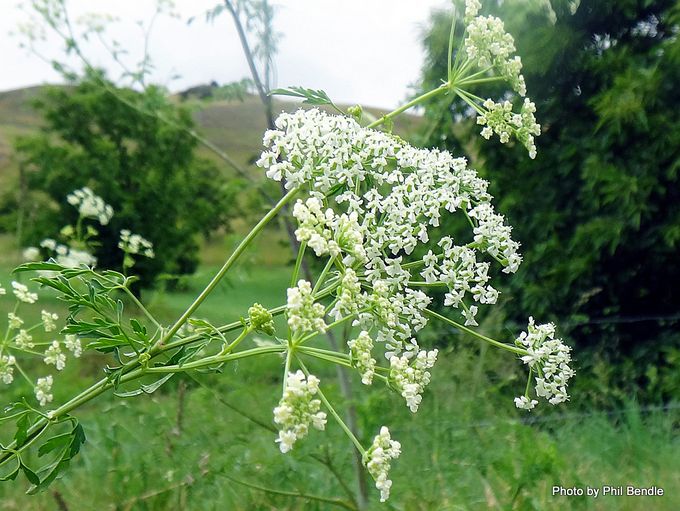 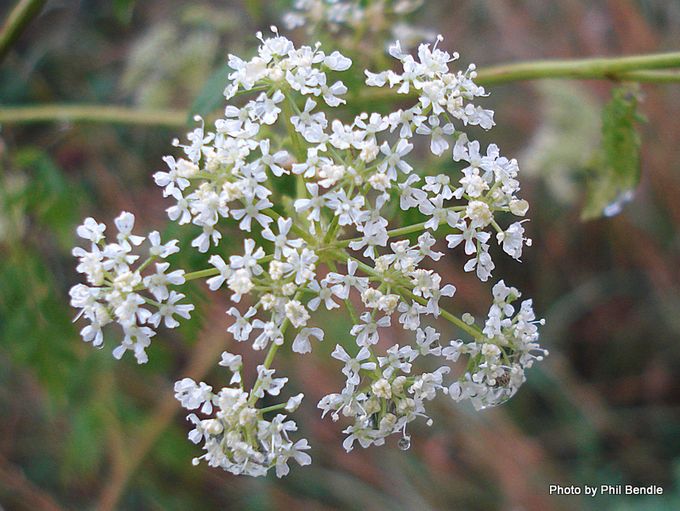 The red blotched stalk of the hemlock 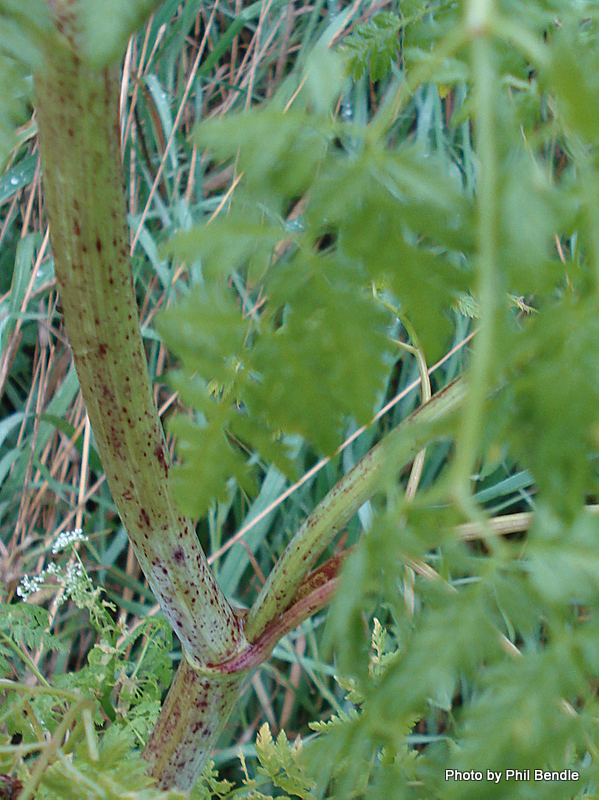 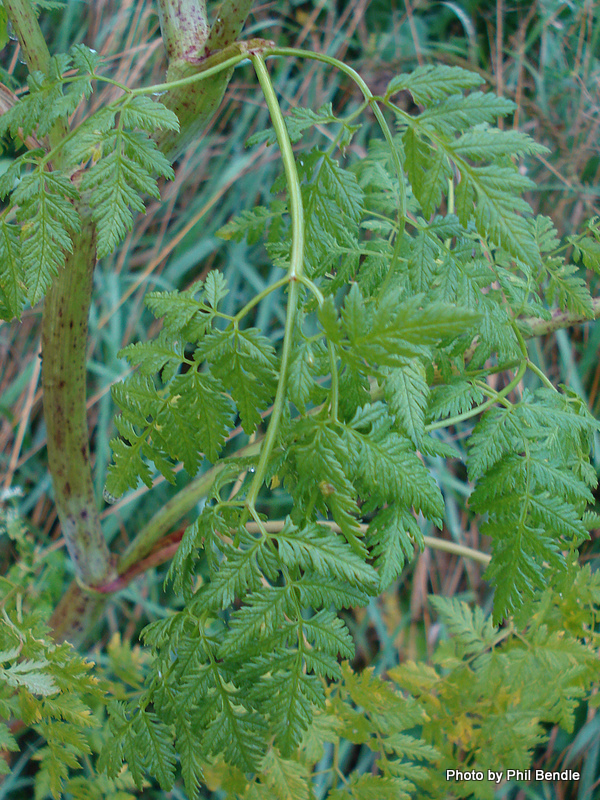 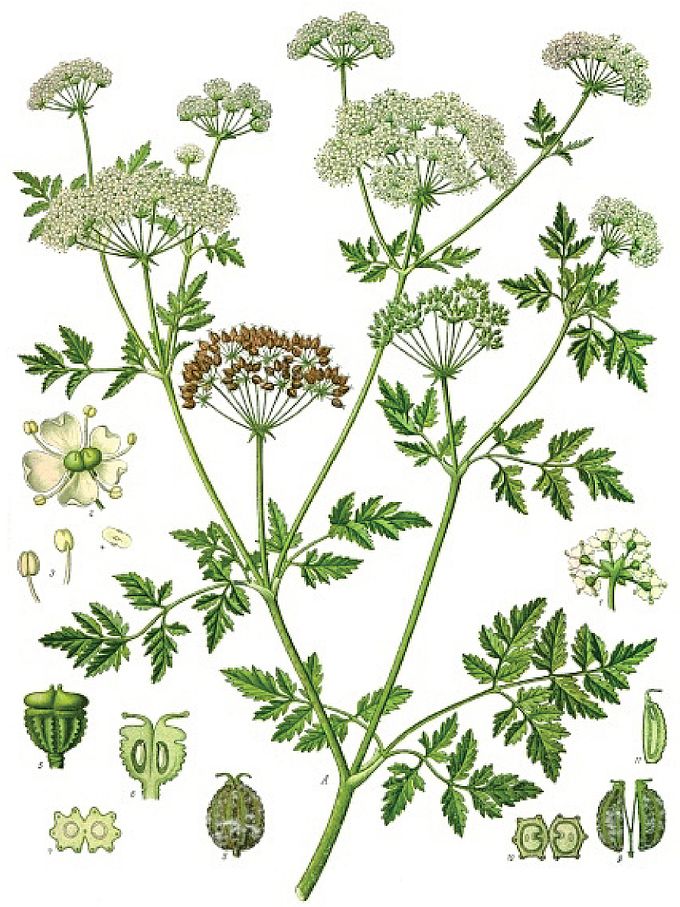 Thanks to Wikipedia for text and information    http://creativecommons.org/licenses/by-sa/3.0/