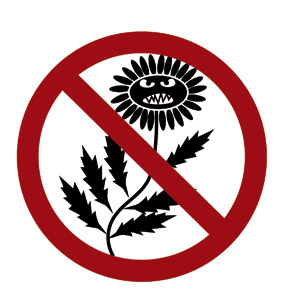 Cestrum fasciculatum is a species of flowering, vigorous, erect, perennial, evergreen, long-lived, woody shrub in the nightshade family, Solanaceae (potato family). This plant invades both native bush and exotic forests. Its habitats are waste areas, stream banks, near gardens, bush margins, gullies and alluvial flats. It produces many long-lived seeds that are widely dispersed by birds, flooding, soil movement and vegetation dumping. It will form dense stands preventing the establishment of native plant seedlings. Cestrum fasciculatum has now been banned in New Zealand after it was listed as invasive species. It is now illegal under the Biosecurity Act to propagate, distribute or sell this plant - either casually or through nurseries - but existing plants are still allowed on private properties.

Cestrum fasciculatum is partly deciduous in winter. It can reach a height of <4m tall but more commonly 1-2m. It is native to central Mexico, Chile and Peru but it is also kept elsewhere as an ornamental plant. Cestrum fasciculatum prefers higher rainfall areas and is very frost tolerant.
The stems, and especially new twigs, are sometimes purple in colour and slightly hairy. It bears hairy, oval-shaped, pointed green leaves up to 13 centimetres long. The leaves emit an offensive smell if crushed or bruised.
Inflorescences appear during August to March, at the tips of the stems branches, each is a dense cluster of up to 10 hairy scarlet red flowers. Each tubular flower is 2 or 3 centimetres long, counting the elongated calyx of sepals and the long corolla.
The fruit is a berry about 1.5 centimetres wide and it is a dark red on the outside and white on the inside with about 10 small brown seeds. The seeds can remain dormant in the soil for many years. Cestrum fasciculatum will also reproduce vegetatively from buds from creeping roots.

All parts of the plant are poisonous if ingested and are extremely toxic to farm animals if grazing. Visit   Phil Bendle Collection:Poisonous Plants in New Zealand 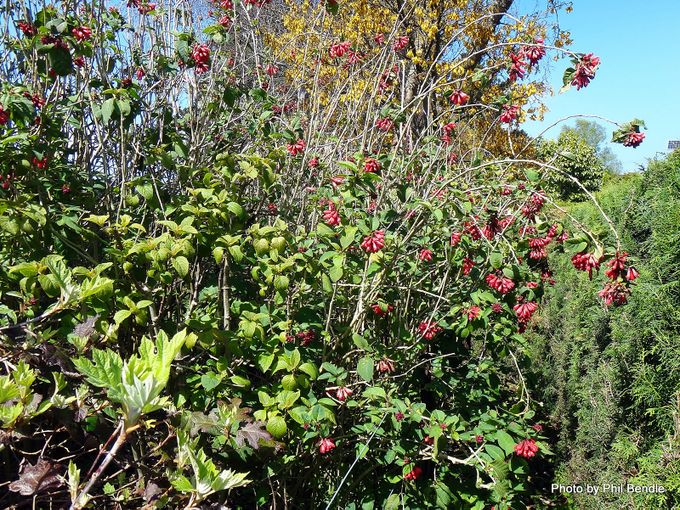 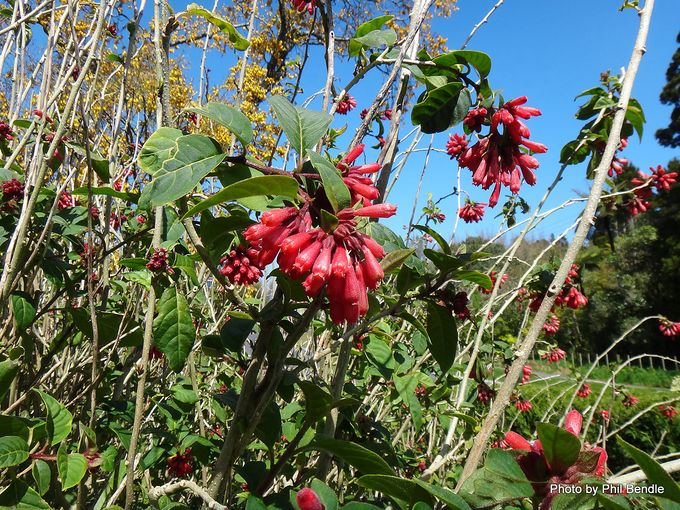 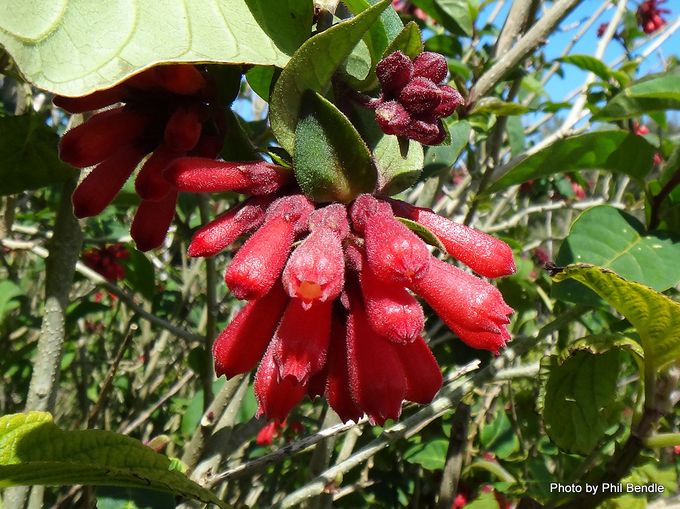 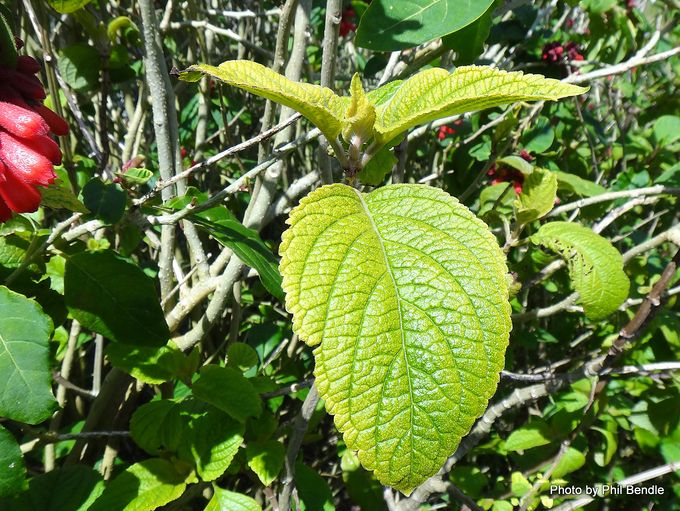