Artemisia vulgaris is a tall, rhizomatous, perennial plant native to temperate Europe, Asia, northern Africa and Alaska. It is now classified as an invasive, persistent weed in many countries around the world including New Zealand. It is a hardy member of the aster family and it thrives in nitrogenous soils in disturbed areas, forest edges, wasteland, ditches, and roadsides.

Artemisia vulgaris can grow up to 2 m tall. The leaves are alternate. The leaves near the base are elliptic and oblong, lobed deeply almost to the midrib. The leaves mid-stem are elliptic to ovate, 3-10 cm long by 1.5-6 cm wide and lobed pinnately or bipinnately. Leaf margins may be serrated. They are a dark green, pinnate and sessile, with dense white tomentose hairs on the underside. The hairs on the leaves can give a whitish cast in certain light and give the impression that the leaves are a silver colour. When crushed, the leaves produce a strong aroma, somewhat like sage. The plant looks similar to chrysanthemum spp.
The erect stems are branched and are grooved and often have a red-purplish tinge.
Artemisia vulgaris flowers in mid-summer to early autumn. At the bud stage, the hermaphrodite flowers are whitish green and become dull yellowish green to purplish green with maturity. They are pollinated by wind. The plant will grow from the seeds it produces but it’s the thick rhizomes that allow it to spread vegetatively producing dense colonies of plants. It will easily withstand attempts to pull it out manually due to its extensive system of strong, persistent rhizomes which also make cultural and chemical control difficult. 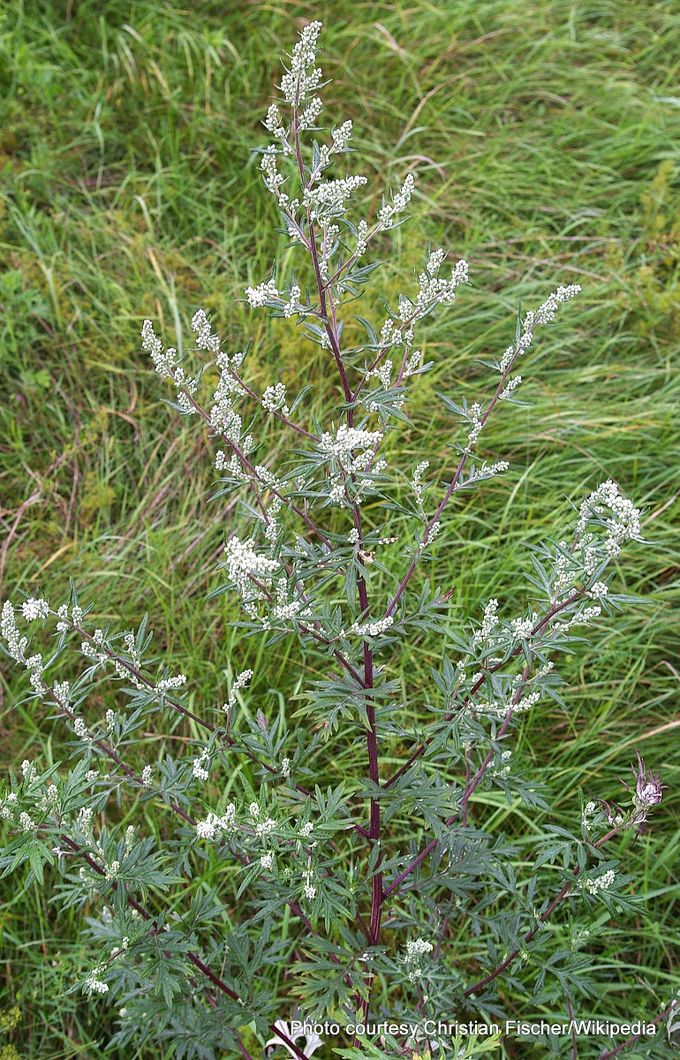 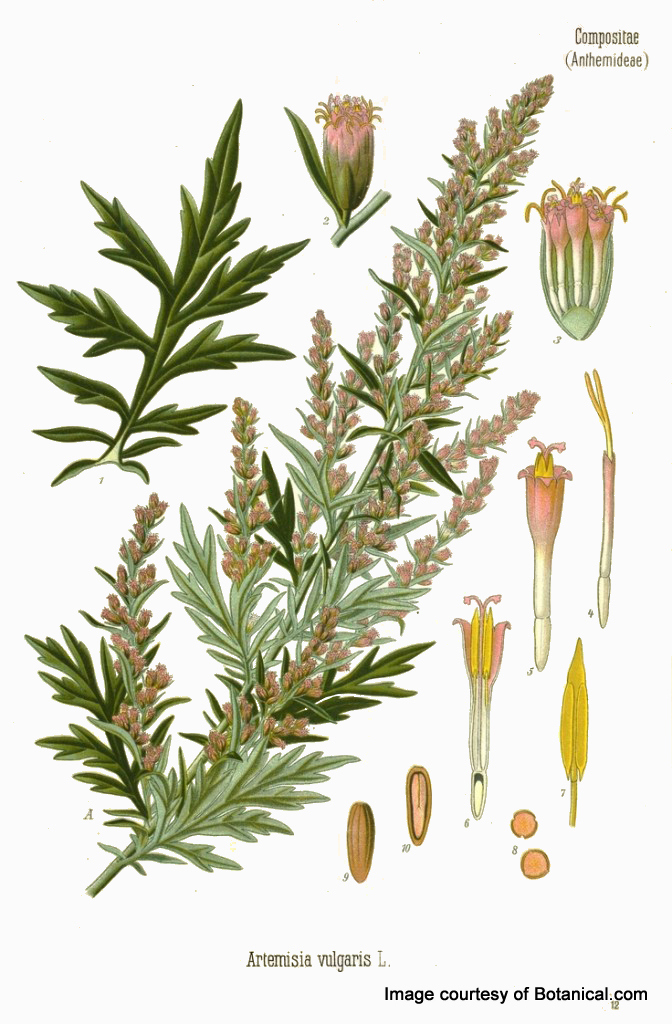