Artemisia verlotiorum is a tall (> 3 m), erect, aromatic, unbranched, perennial, rhizomatous, herb in the daisy family: Asteraceae. It is native to South-western China.

The plant's leaves are spread up its erect, ribbed stem. The upper stems can be tomentose while the lower sections can be hairless. The deeply lobed leaf is a greyish green in colour and its underside is more whitish.
Very small flowers which appear in late summer on elongated, branched, terminal spikes. The capitulum (flowerhead) is >2-5 mm in diameter and the florets are a reddish brown.
Flowering is followed by a small, dry one-seeded fruit that does not open to release the seed. After seeding the plant dies back to the rootstock over winter.

Artemisia verlotiorum has long been cultivated for its medicinal properties, but has escaped cultivation and is now regarded as an environmental weed in many countries including New Zealand. It invades mainly moist sites such as riparian zones along rivers and streams, marshlands and disturbed areas. It mainly spreads vegetatively via creeping underground stems and can form large and dense colonies. Long range dispersal occurs via seeds being spread by wind or water or in contaminated soil containing pieces of rhizomes. The creeping rhizomes can dominate the upper soil layers, allowing this species to out-compete other plants for available soil moisture. The dense stands it forms prevents the regeneration of native plants. 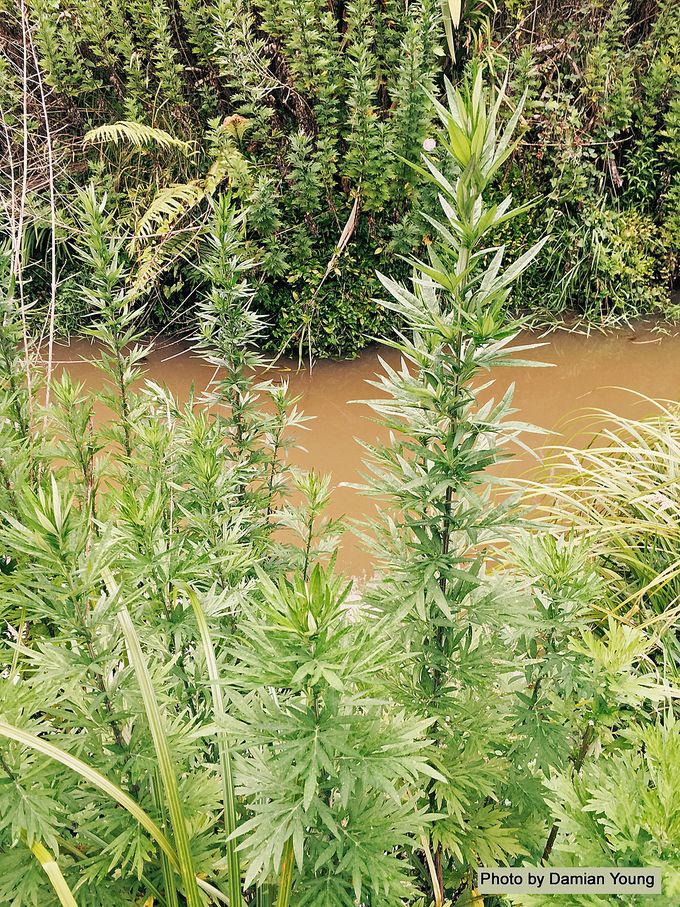 The lobed leaves of Artemisia verlotiorum. 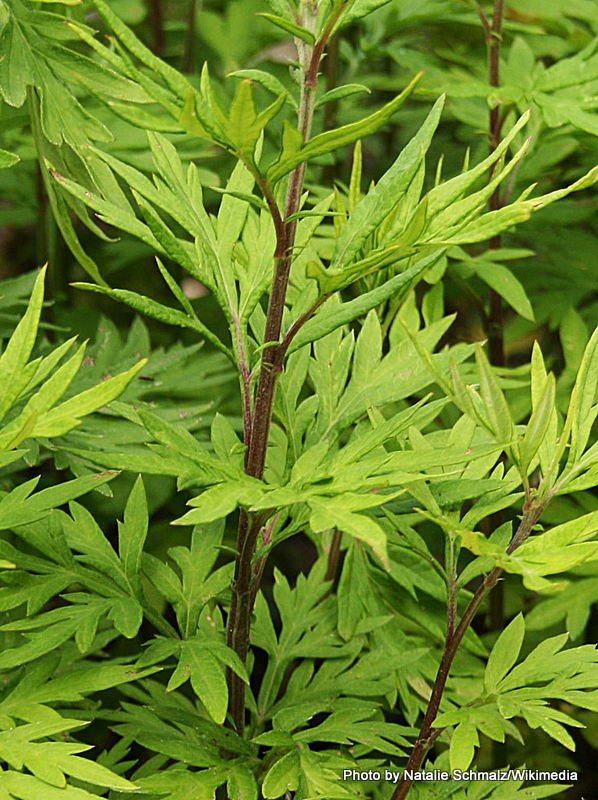