Araucaria bidwillii is a large evergreen coniferous tree found naturally in south-east Queensland Australia and two small disjunct populations in north eastern Queensland's World Heritage listed Wet Tropics. They can grow up to 30–45 m.
The Bunya Pine is the last surviving species of the Section Bunya of the genus Araucaria. This section was diverse and widespread during the Mesozoic with some species having cone morphology similar to A. bidwillii, which appeared during the Jurassic.
Leaves differ between juvenile and mature trees. Those of juvenile trees are glossy, light-green, narrow, 2.5 to 5 cm long and are stiff with a sharp point.
Leaves of mature trees are arrayed radiantly around the branchlets (and often are overlapping), spreading, glossy, dark-green, 0.7-2.8 cm long.
The cones (20–35 cm in diameter) are large, soft-shelled and nutritious and fall intact to the ground beneath the tree before dehiscing. The suggestion that extinct large animals – perhaps dinosaurs and, later, large mammals – may have been dispersers for the Bunya is reasonable, given the seeds' size and energy content, but difficult to confirm given the incompleteness of the fossil record for coprolites.
A. bidwillii has unusual cryptogeal seed germination in which the seeds develop to form an underground tuber from which the aerial shoot later emerges. The actual emergence of the seed is then known to occur over several years presumably as a strategy to allow the seedlings to emerge under optimum climatic conditions or, it has been suggested, to avoid fire. This erratic germination has been one of the main problems in silviculture of the species.
Natural populations of this species have been reduced in extent and abundance through exploitation for its timber, the construction of dams and historical clearing. Most populations are now protected in formal reserves and national parks.

This tree is listed in New Zealands Tree Register and is growing at Ratanui, 538 Carrington Road, New Plymouth.
It was planted :approx: circa 1850
For more detailed information on this tree visit. http://register.notabletrees.org.nz/tree/view/100 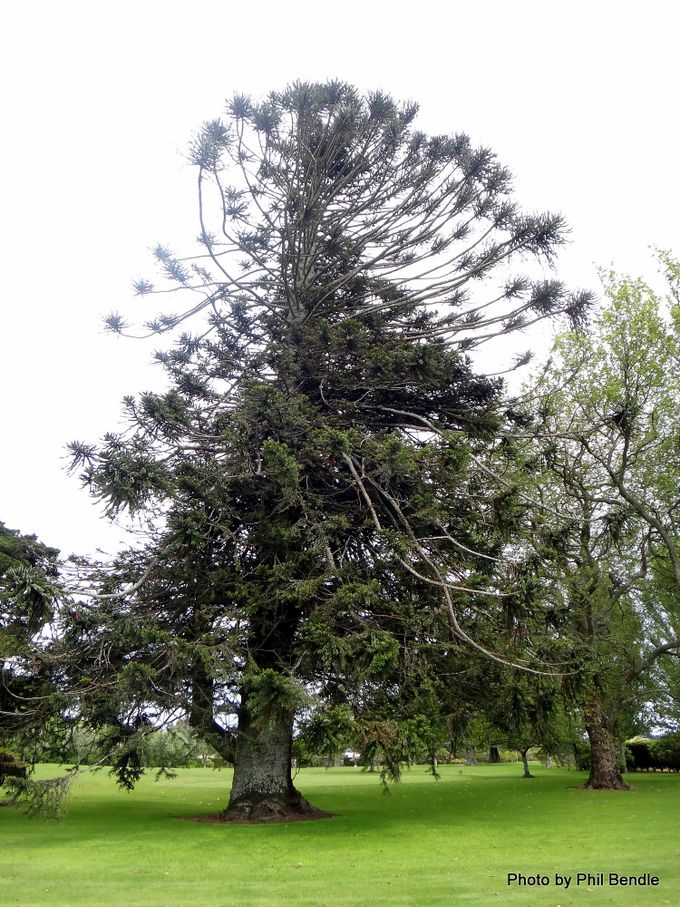 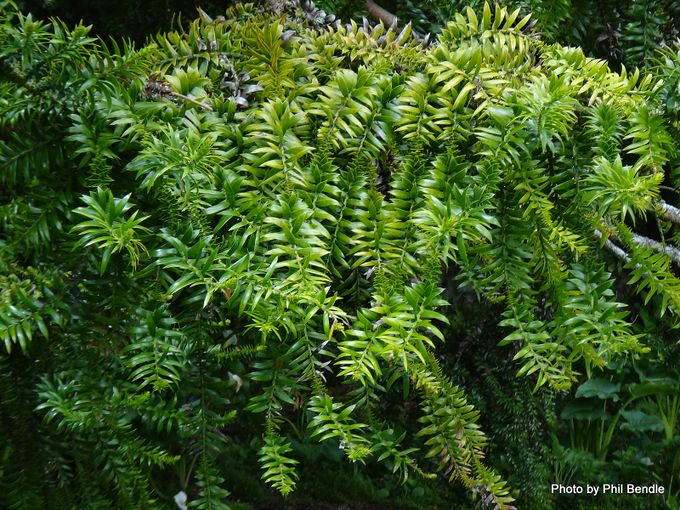 Leaves of mature trees are arrayed radiantly around the branchlets 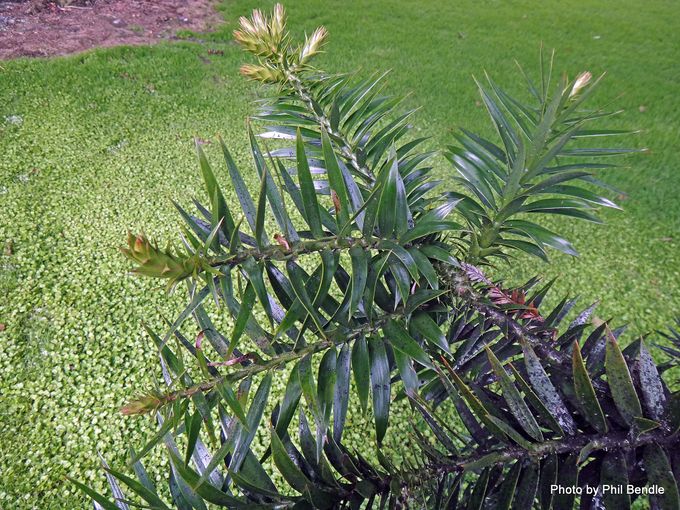 The tip of an adult branch. 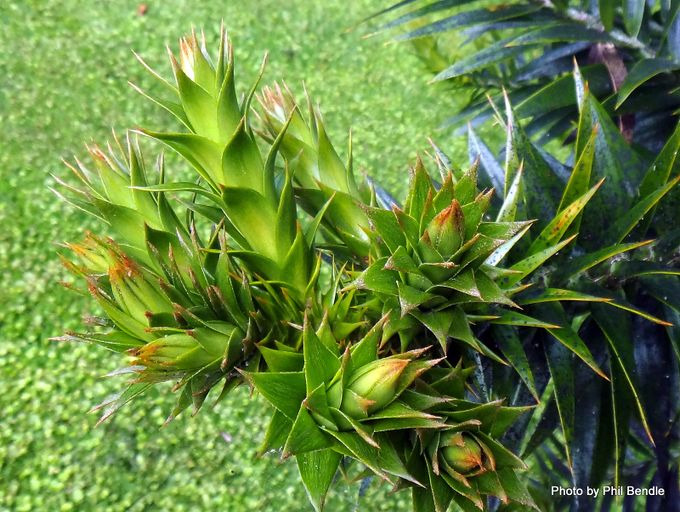 This small tree was planted on 20.11.07 to commemorate the centenary of the naming of Pukekura Park. 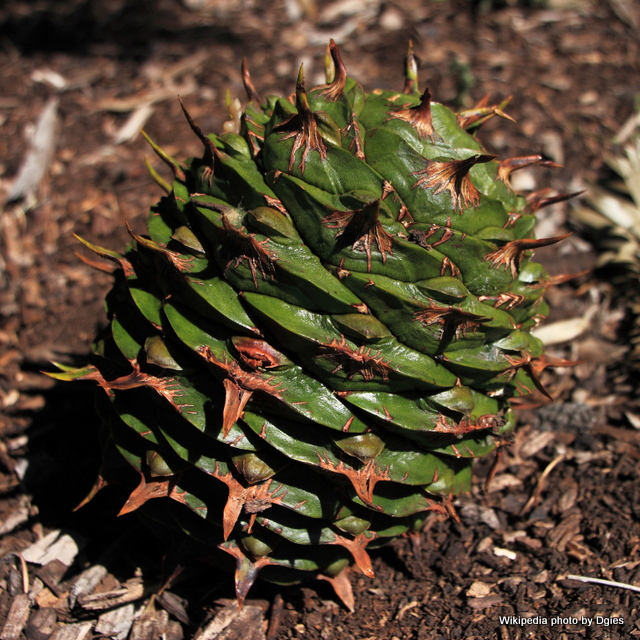 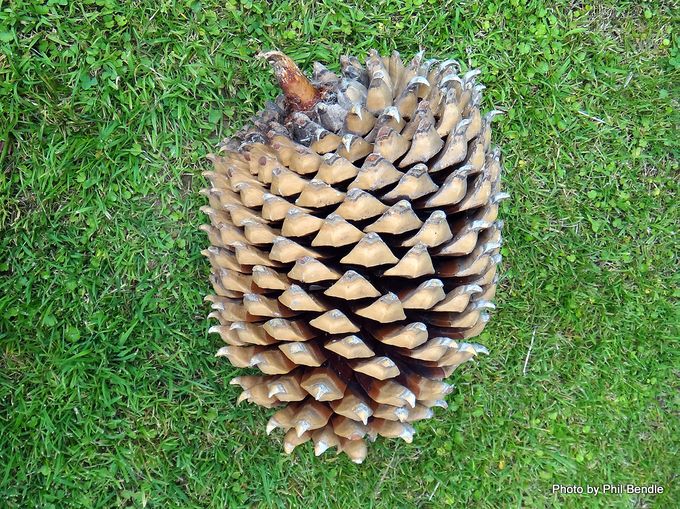 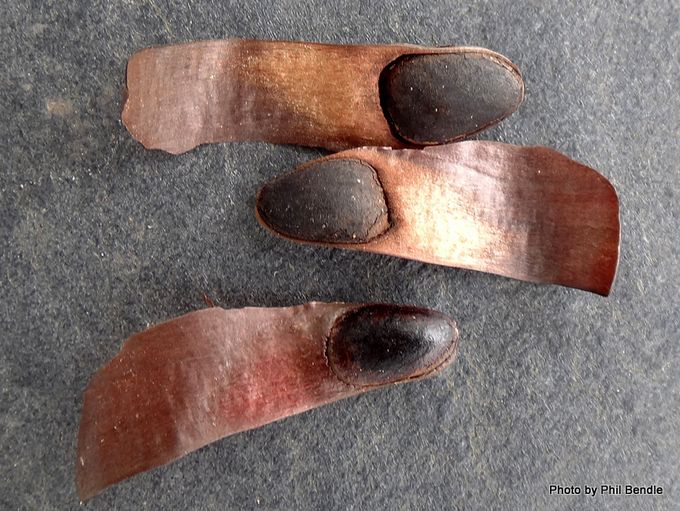 Sign photographed at Yatton Park, Parkvale in Tauranga South. The tree was planted in 1866 and is the highest of this species in New Zealand, it was last measured at 38m.  The warning sign is important as a cone can weigh up to 10kg and have a diameter of 20 to 35cm. 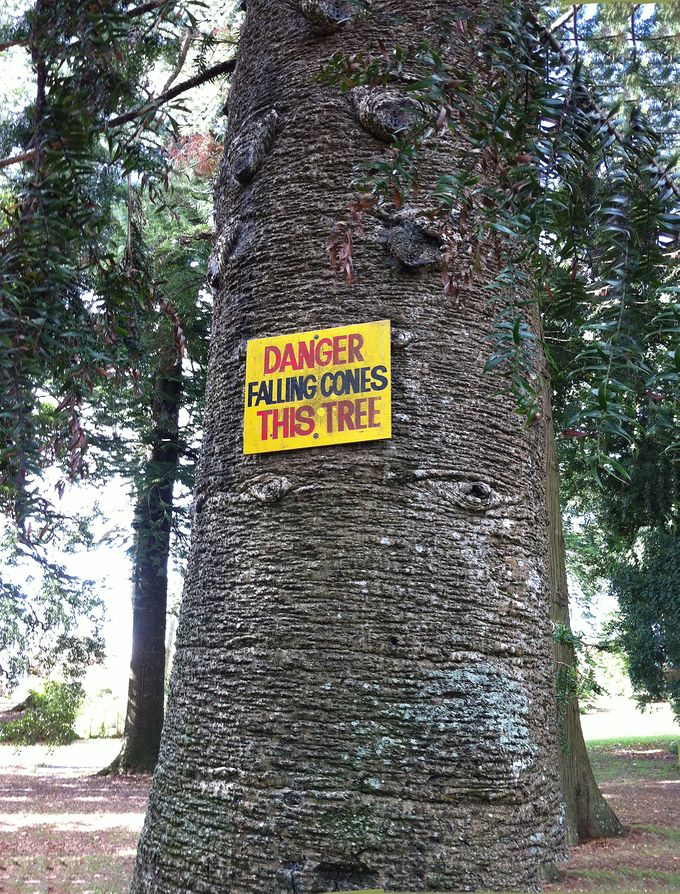