Tuberolachnus salignus is a species of aphid, in the genus Tuberolachnus. They are reputed to be the largest aphids, with a body length of up to 6mm. The body is patterned with spots and sports a “shark’s fin” tubercle on the dorsum. They are thought to come from Japan, Korea and Taiwan. Over summer they can form large dense colonies. They are parthenogenetic, reproducing asexually. they start actively breeding and feeding. In spring they start breeding and each adult female has >70 young. Their numbers increase exponentially, producing vast populations of overlapping generations by the end of summer.
Tuberolachnus salignus was first found in New Zealand at Western Springs Park, Auckland in 2013. Subsequent surveys have revealed that it is already well established throughout much of New Zealand. The host trees found so far found in New Zealand are mainly in the willow species, Salix alba var. vitellina, S. babylonica, S. caprea, S. cinerea, S. fragilis, S. humboldtiana, S. matsudana, S. viminalis, S. x sepulcralis and also Populus nigra. It has now reported that breeding colonies have been found in apple and pear plantations.
Overseas studies have shown that giant willow aphid caused drastic growth reductions during and subsequent to infestation, and they also altered the mass of previously developed woody tissue.

The willow aphid's only natural predator in New Zealand is the ladybird species. The Asian harlequin ladybird, Harmonia axyridis now present in New Zealand has an appetite for them. 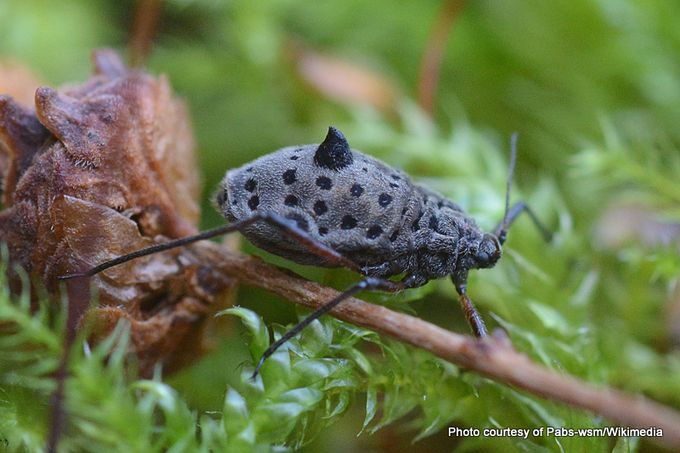 A colony on a willow branch. 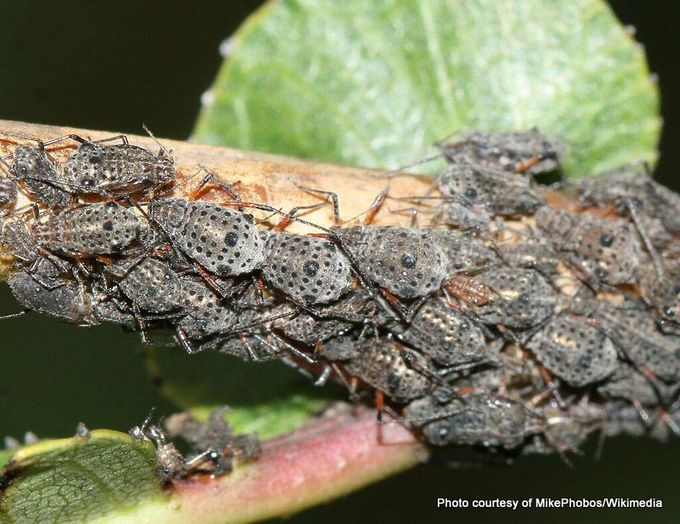 Thanks to Wikipedia for text and information https://creativecommons.org/licenses/by-sa/3.0/