Pheidole rugosula is a species of ant from Australia. It is in the genus: Pheidole of which there are four species in New Zealand
Pheidole rugosula is the most common of the four Pheidole species established here. It has been collected at a number of sites in Northland, is present in Waikato, Bay of Plenty, Taranaki, and Hawkes Bay, and has been collected as far south as Nelson and Christchurch.
Pheidole rugosula is a small, brownish yellow, short-limbed species with moderate head. The workers of Pheidole rugosula are dimorphic (major and minor workers). It is a small, brownish yellow, short-limbed species with moderate head. Their antennae are 12-segmented with usually a 3-segmented club. A major worker’s body is a reddish brown to nearly black and it has a length of 3 mm. Minor workers are smaller at 1-2 mm in length

They can be abundant in urban areas causing a nuisance.
They have been observed capturing small insects, gathering seeds, food waste, attacking mantid oothecae and removing pet food. They are often found associated with rotting fruit. They will forage arboreally. 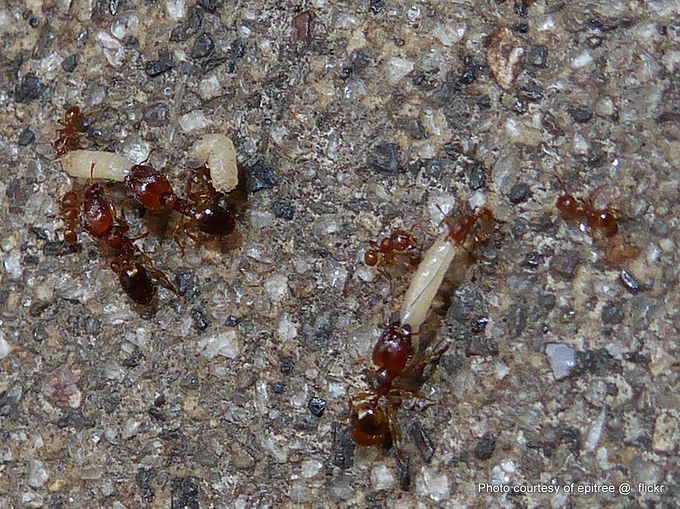