Akebia quinata is a fast growing, hardy, deciduous, twining vine native to Japan, China and Korea. It was originally brought to New Zealand as an ornamental garden vine. It has now naturalised here, having escaped from home gardens, and is now a problem in some parts of the country. It is shade and drought tolerant, can invade many habitats. In the wild it inhabits open to semi-shade areas along forest edges or roadsides, climbing over structures or trees. It is also invasive in the United Kingdom and North America.
Akebia quinata grows very rapidly; producing many stems and quickly forms a thick, tangled, smothering mat that covers other plants. If it has nothing to grow up it will form a thick ground cover that stops other plants establishing. It spreads by stem fragments and by birds spreading the seed. It is listed in the 2008 National Pest Plant Accord (NPPA) and is banned from sale, propagation and distribution in New Zealand.

Akebia quinata can grow >14m in a single growing season. The stems are round and brown when mature. The leaves are compounded with five leaflets.
The flowers are monoecious, with both staminate (male) and pistillate (female) flowers appearing in the same raceme. Flowers are often hidden by the foliage. The female purple, 2.5cm diameter flowers hang in 5-10cm long clusters of 6-8 flowers from August to October. They are vanilla-scented. The fruits are 8-9cm long, sausage-shaped pods with a whitish, pulpy core containing many tiny black seeds. 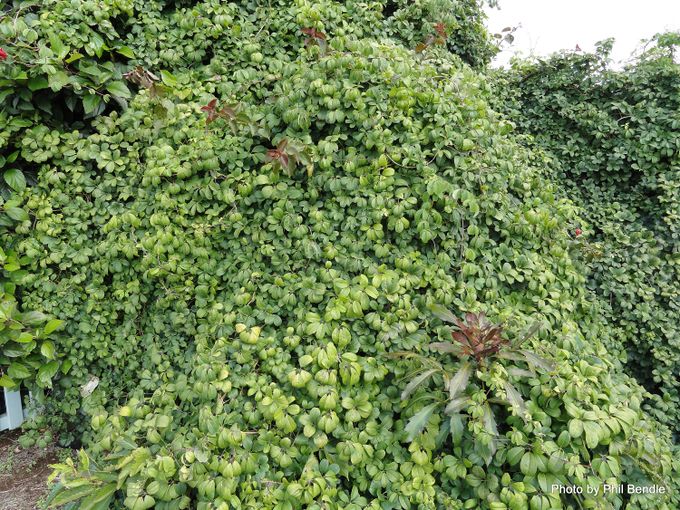 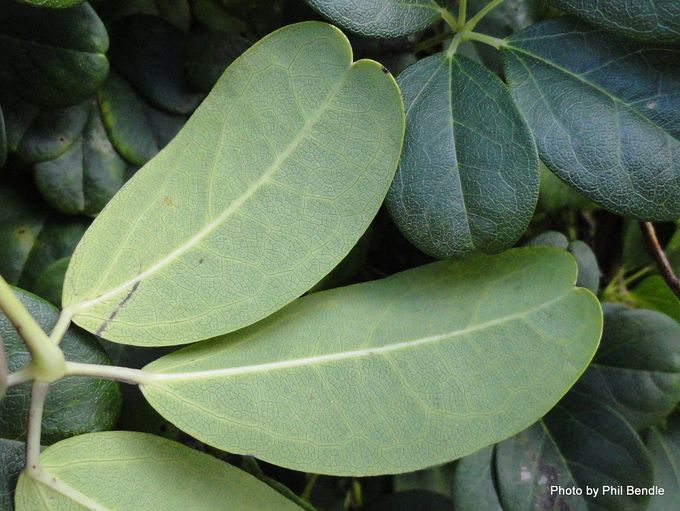 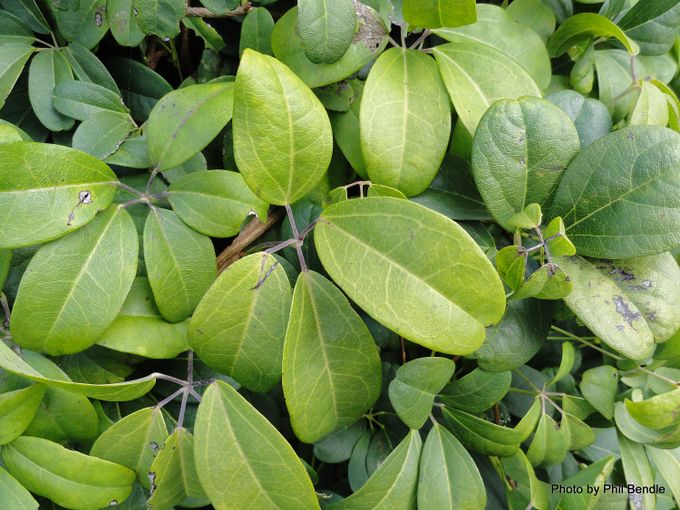 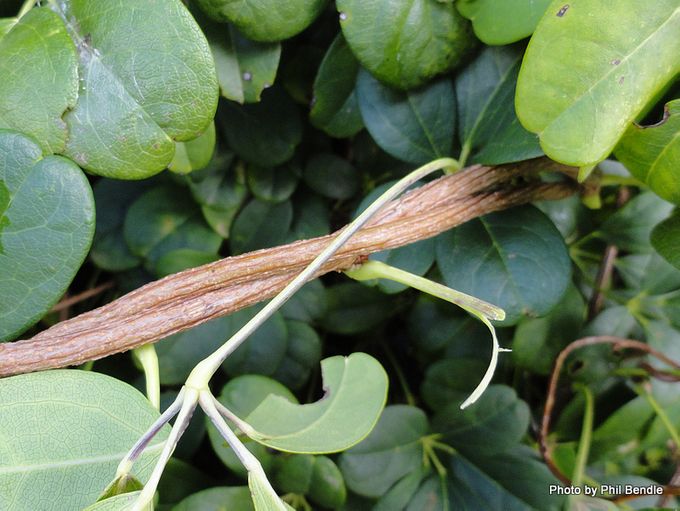 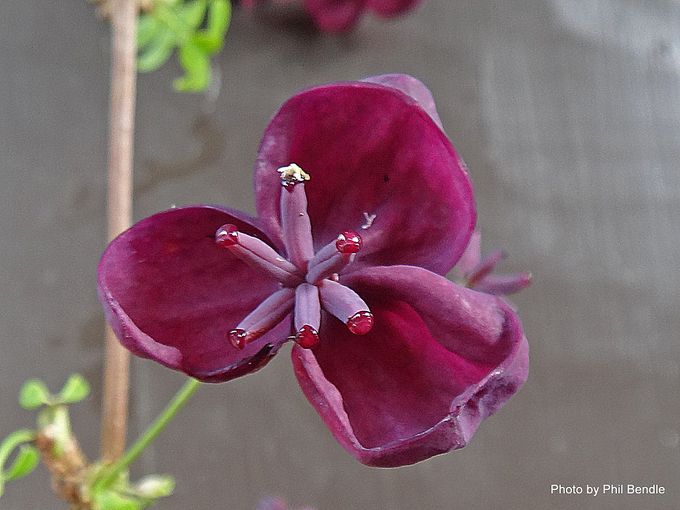 The staminate male flowers are on the same vine. 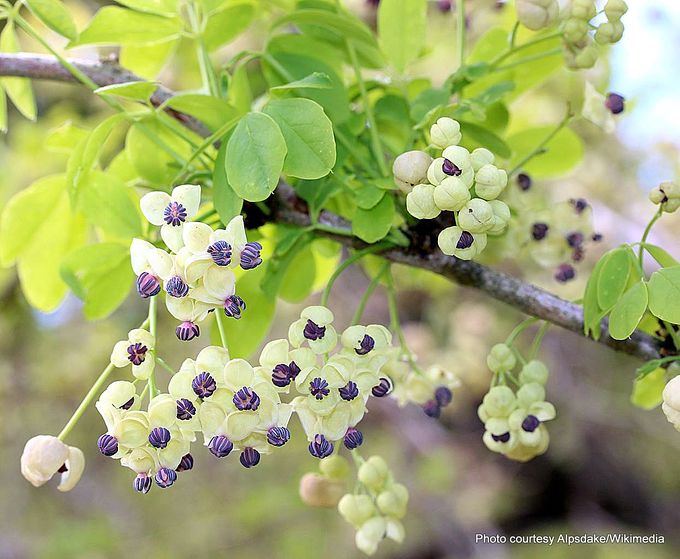 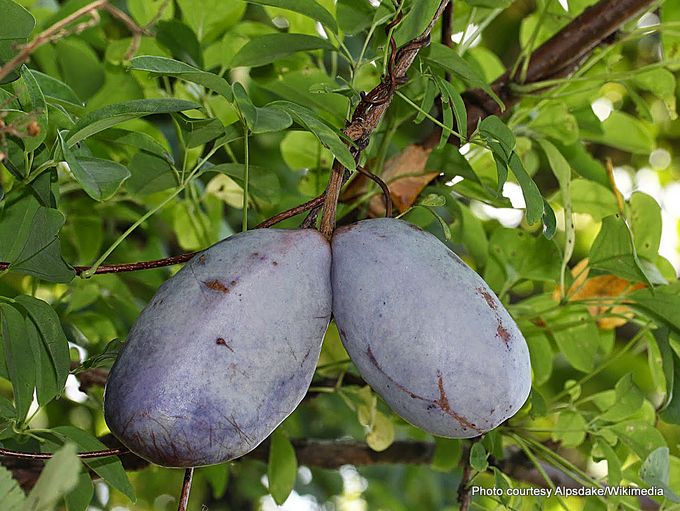