Achillea millefolium is a weedy species and can become invasive. It is an erect herbaceous perennial plant that produces one to several stems each year (0.2 to 1m tall) and has a rhizomatous growth form.
The leaves are evenly distributed along the stem, with the leaves near the middle and bottom of the stem being the largest. The leaves alternate, 7-10cm / 3-4in long and 2-3cm / 1in broad, clasping the stem at the base,  pinnatifid, the segments very finely cut, giving the leaves a feathery appearance to which it owes its name (Millefolium meaning thousand-leaved).
The inflorescence has 4 to 9 phyllaries and contains ray and disk flowers which are white to pink. There are generally 3 to 8 ray flowers that are ovate to round. Disk flowers range from 15 to 40. The inflorescence is produced in a flat-topped cluster.
This species reproduces by seed, and also vegetatively by creeping underground stems (i.e. rhizomes) which give rise to new shoots. Its seeds are long-lived and may remain dormant in the soil for many years. The tiny seeds are primarily wind-dispersed but are usually only blown short distances. Plants may also spread short distances laterally over time, via their creeping underground stems (i.e. rhizomes), and can form quite large colonies. The seeds and rhizomes may also be dispersed in dumped garden waste. In addition, rhizome segments (that are each capable of developing into new plants) may be spread in the contaminated soil during road maintenance, cultivation, and other activities that involve the movement of soil.
In New Zealand, it is common in disturbed sites and waste areas (e.g. railways and industrial areas), along roadsides, in pastures and in lawns. It is also found in marshy sites, in coastal environs, and forms extensive patches in cultivation and grasslands. In its native habitat in Eurasia, Achillea millefolium generally grows in meadows and pastures on all but the poorest of soils.
Apart from being an environmental weed, this species can be weedy in other situations (e.g. in gardens, lawns and pastures). Because of its spreading underground stems (i.e. rhizomes) is can be very difficult to remove from gardens and turfed areas. Dairy cattle which eat it are also reported to produce tainted milk. 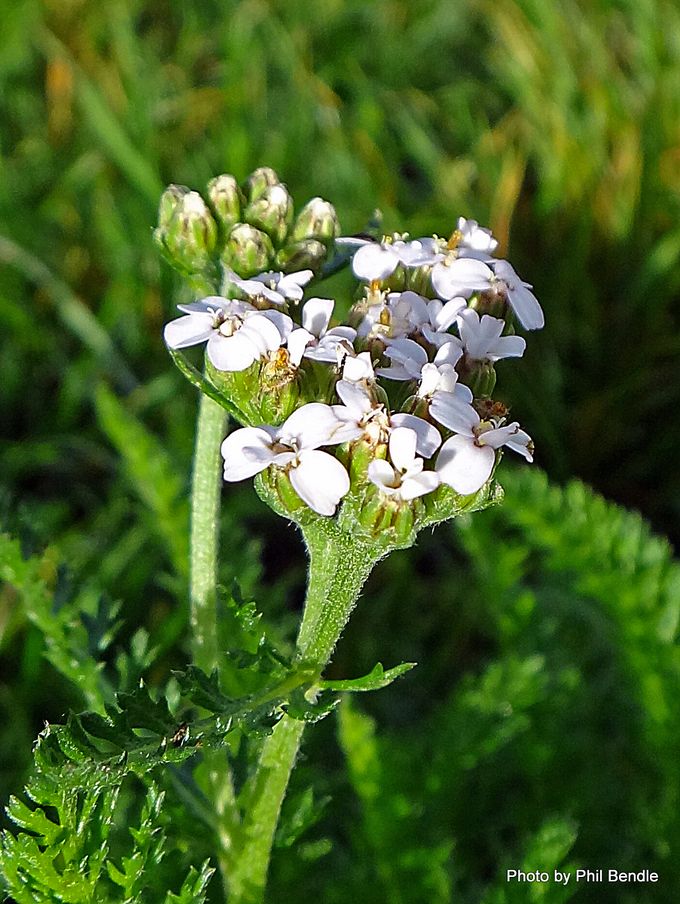 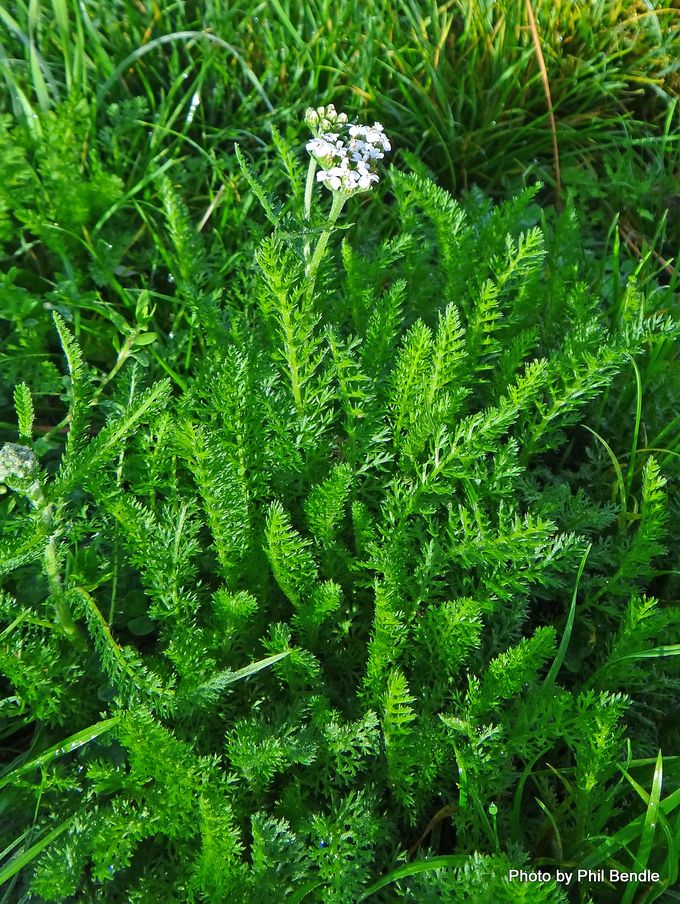 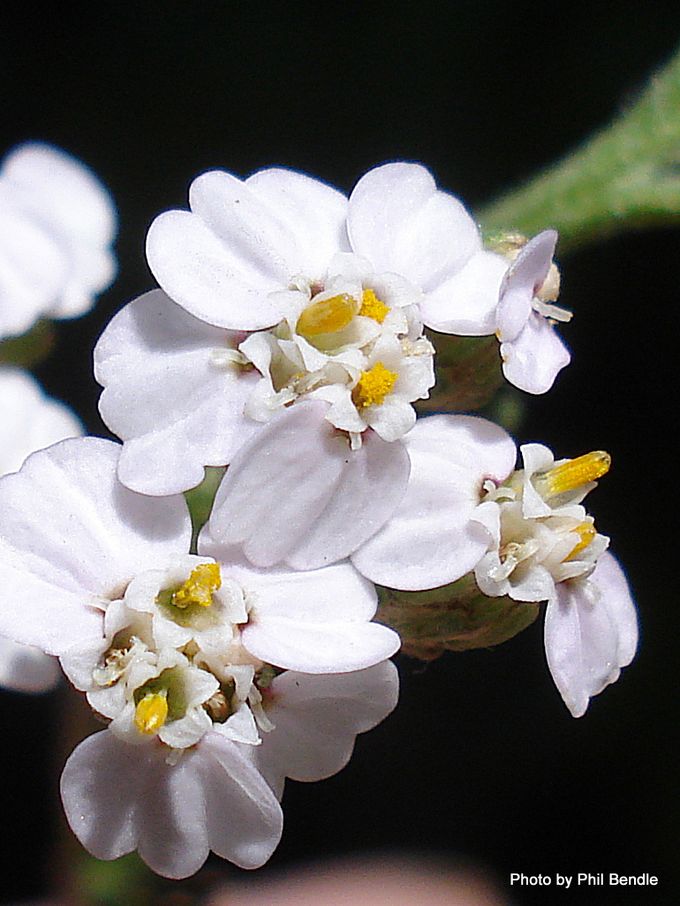 Achillea millefolium flowers are usually white but may be a pale pink.The background 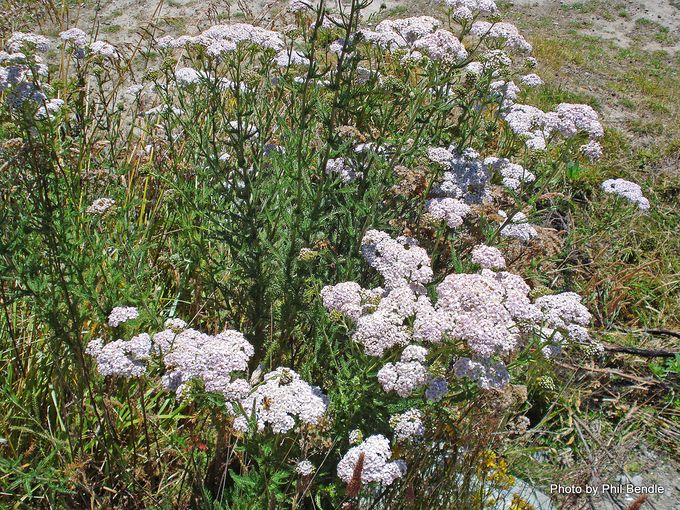 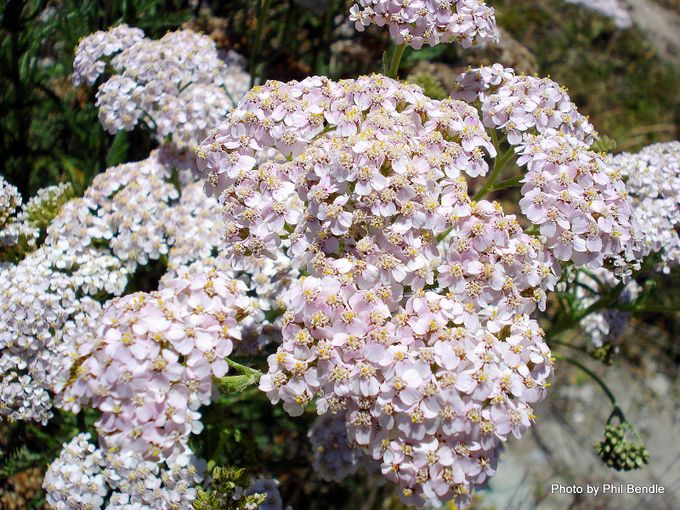 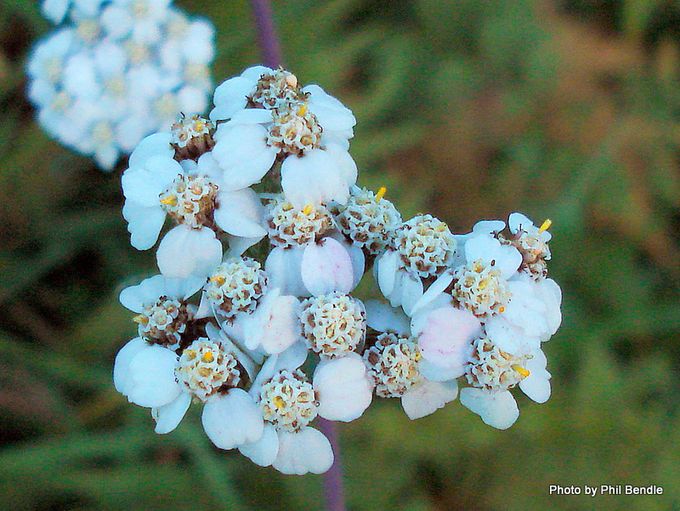 vegatation is a fern 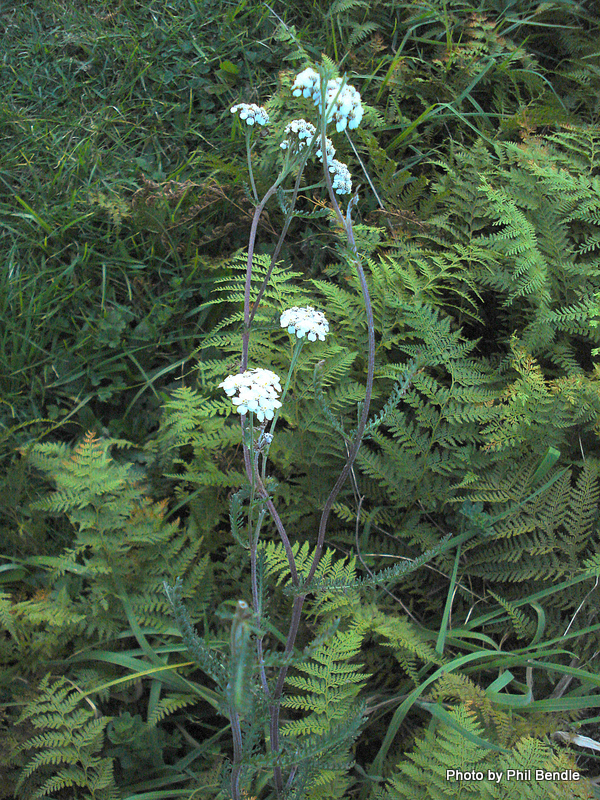 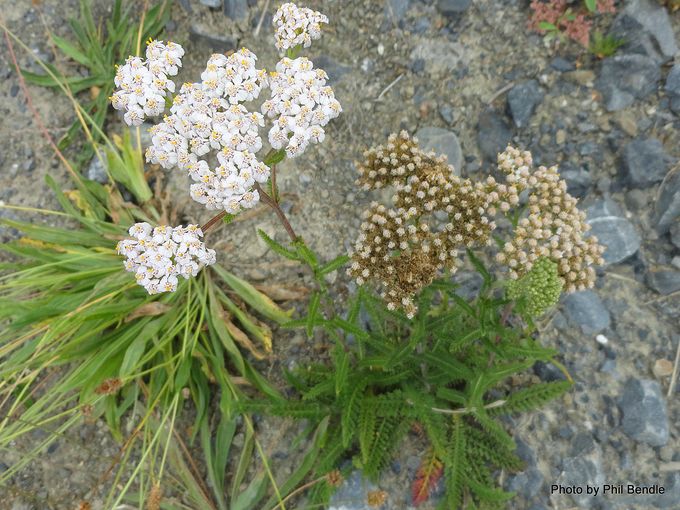 The title "millefolium" is used because of the thousands of leaf seconds. 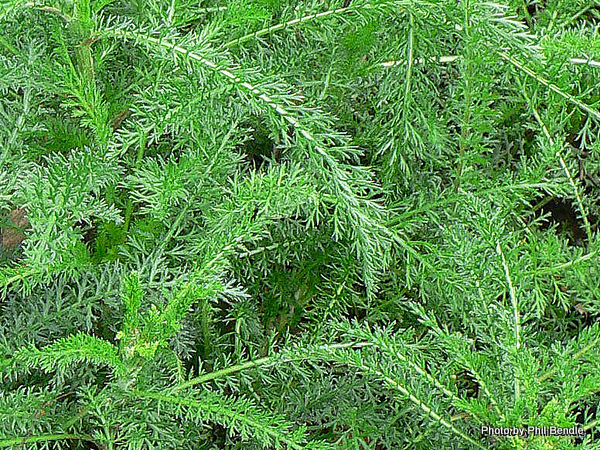 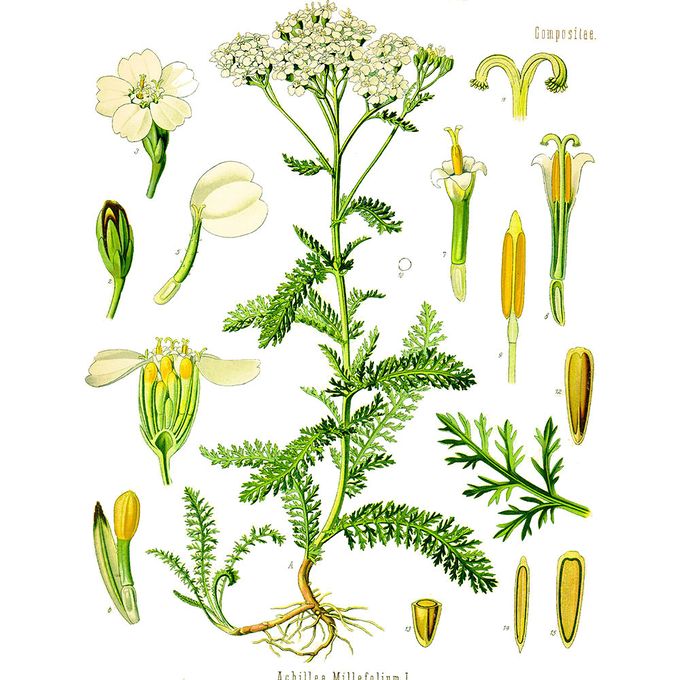