Xylaria is a genus of ascomycetous fungi commonly found growing on dead wood. The name comes from the Greek xýlon meaning wood. Xylaria hypoxylon is one of two of New Zealand's most common species of this genus.

Xylaria hypoxylon is a complex variable species which will probably eventually be shown to include several taxa. It found growing scattered to gregarious to clustered on rotting wood. It has erect, 3–7 cm tall, antler-like ascocarps (fruitbodies) which are black at the base and are white and branched towards the top. The white tips consist of masses of asexual spores (conidia). The black ascocarps have white flesh inside. 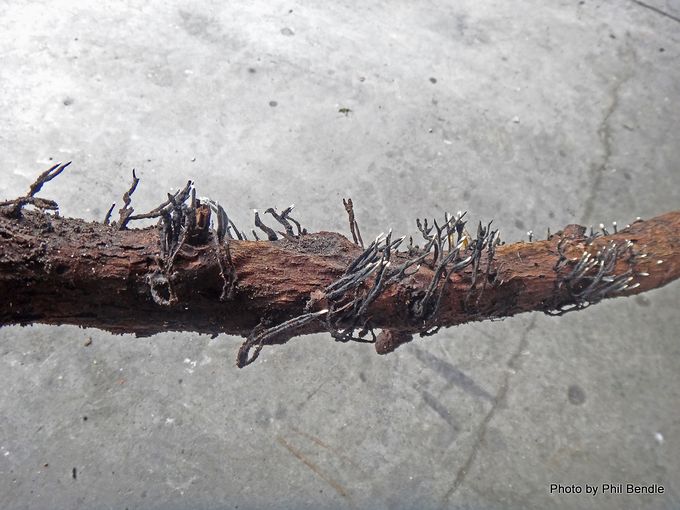 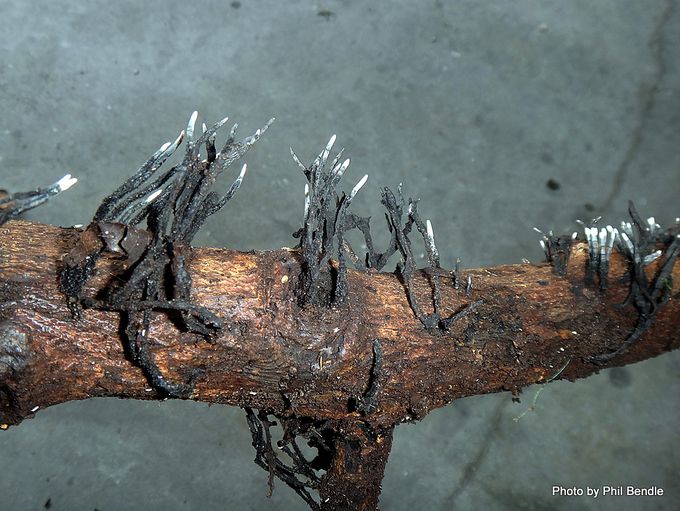 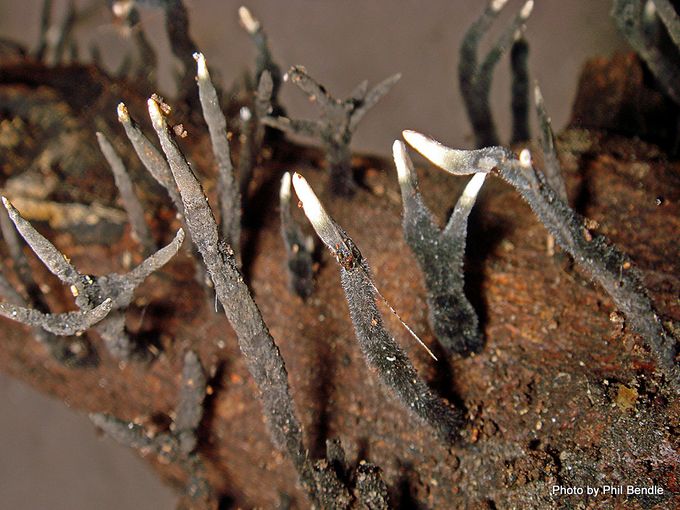 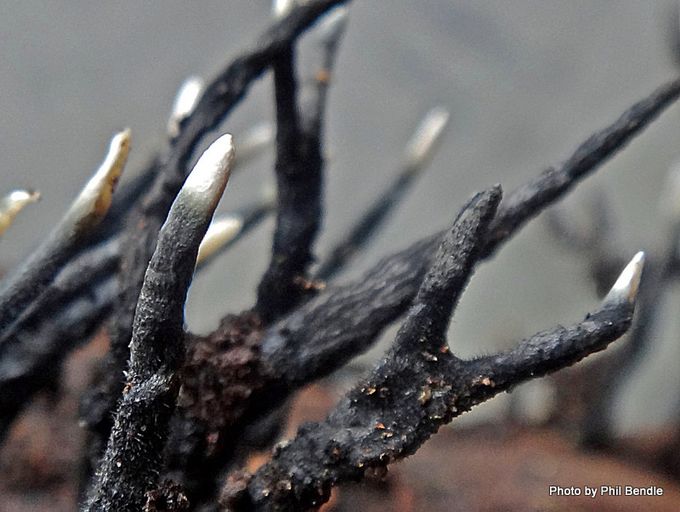 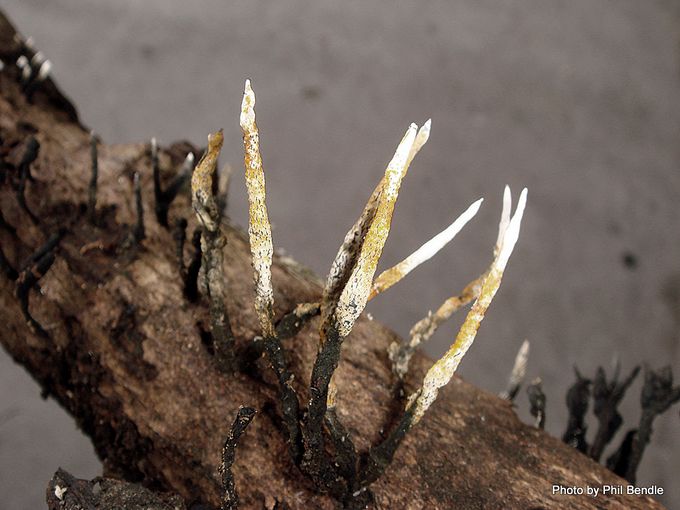