Xeronema callistemon is a species of flowering plant discovered in 1924 and is endemic to the Poor Knights Islands and Taranga Island one of the Hen and Chickens Island off the northeast coast of New Zealand.
In its natural habitats, Xeronema callistemon grows on rhyolite sea cliffs and rocky outcrops but sometimes in the island's forest.

The largest plants with their sword-like leaves, up to 1.5 metres high, are under the canopy of large Pohutukawa. These plants also benefit from highly fertile soils continuously enriched by the millions of seabirds which nest there. They require much water and is pollinated by birds and butterflies. If its seed falls on a nearby tree, such as Metrosideros excelsa, then it may grow as an epiphyte on it. The species has no obvious natural enemies and is listed as vulnerable because it grows naturally only on two islands. These islands are protected by the New Zealand Government as nature reserves and have a limited access. However, the plant is becoming popular for cultivation in private gardens.

The green stalks of Xeronema callistemon start growing vertically. They then turn sideways, showing red flowers tipped with orange pollen and resemble a giant bottlebrush or toothbrush. The individual flower tepals are 10–15 mm long, and the length of the brush is usually between 18 and 25 cm and can reach 45 cm.

Plants grow from fresh falling seeds. Although they germinate easily, it might take 10–15 years for them to grow into the flowering size. They flower between September and December, peaking in October.

Xeronema callistemon growing on one of the Poor Knights Islands (the large bushy plants on the skyline). 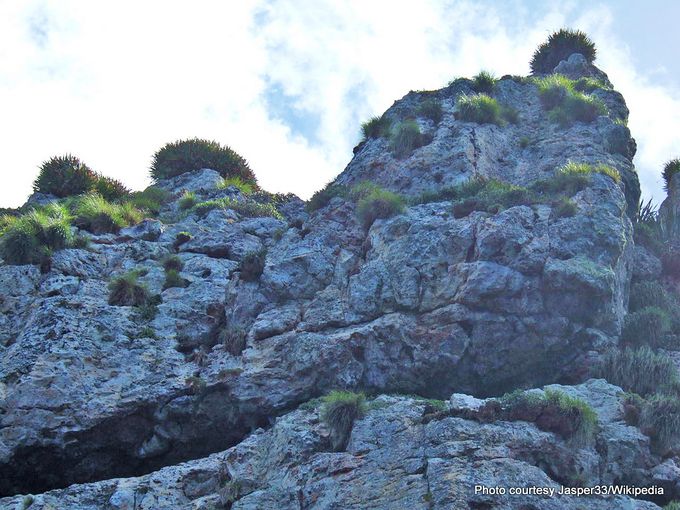 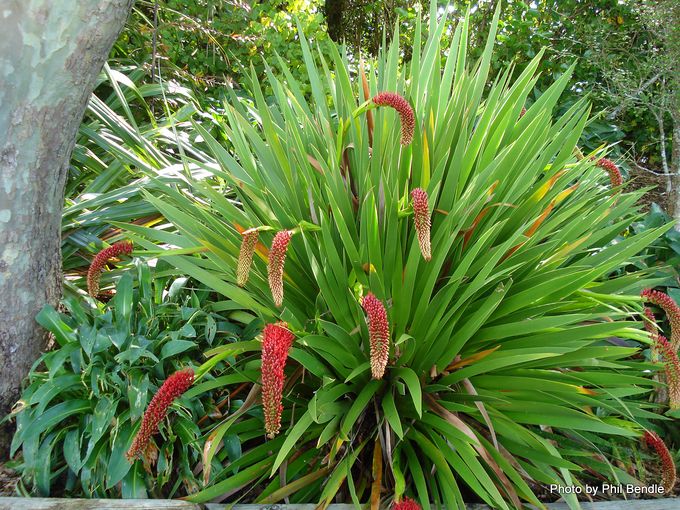 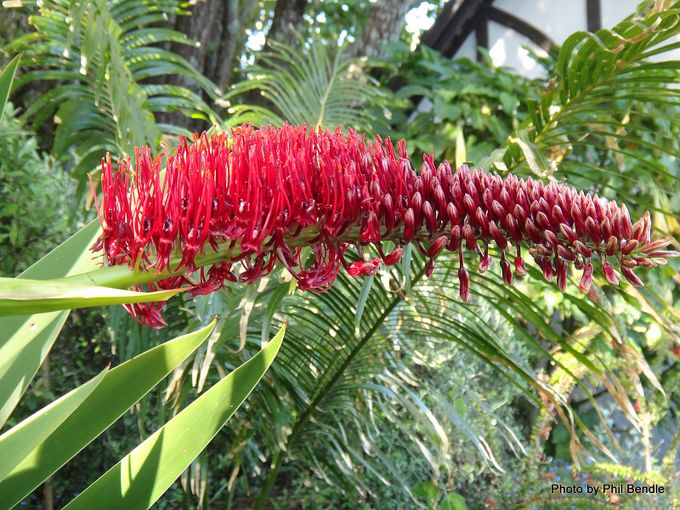 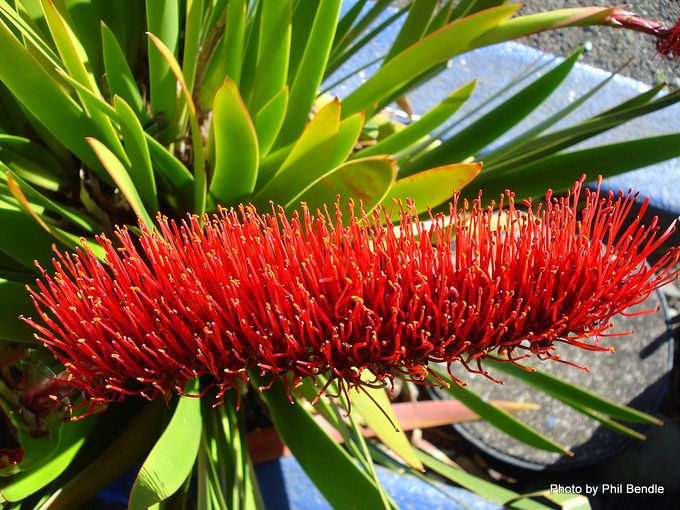 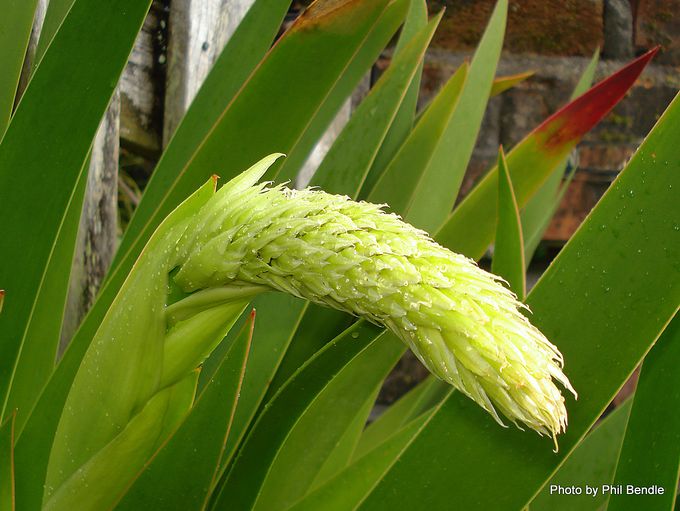 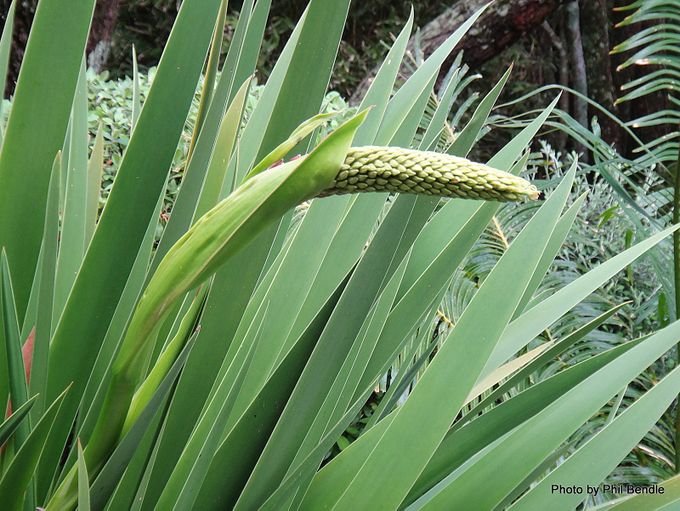 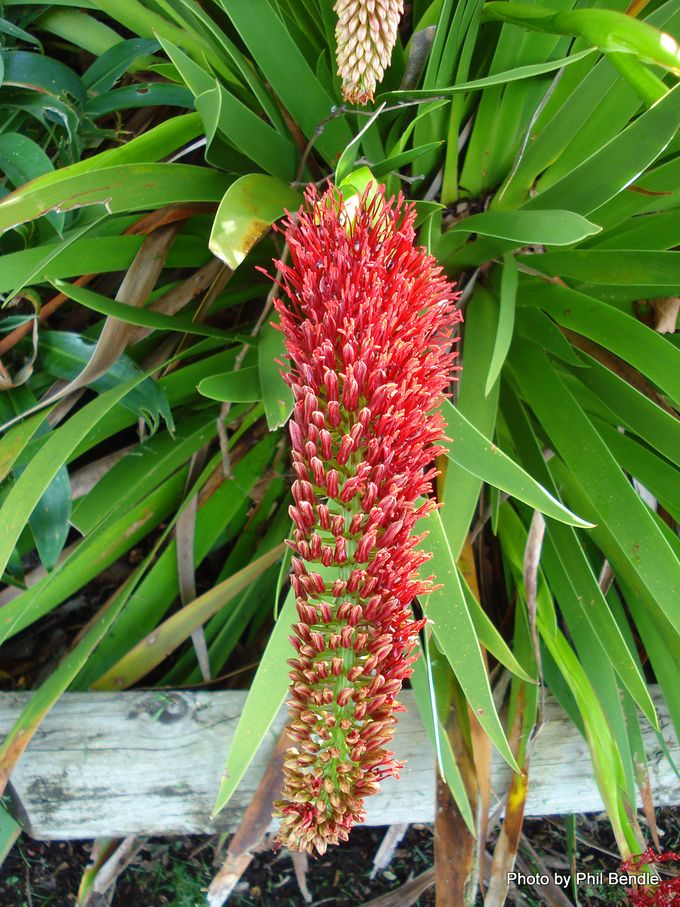 A Tui feeding on Xeronema callistemon 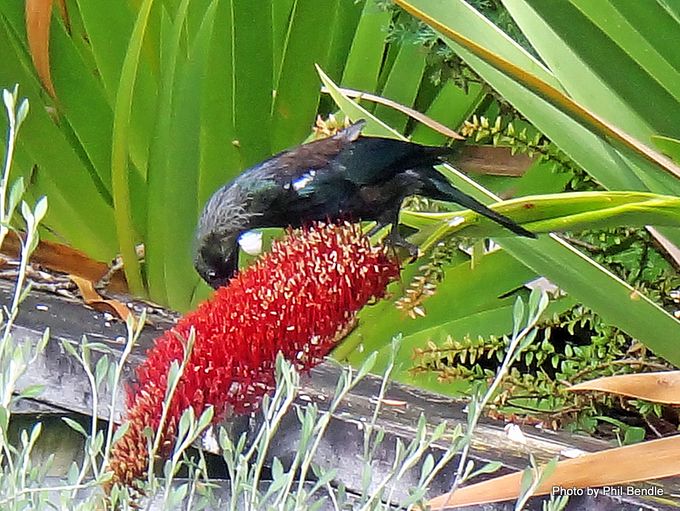 A closeup showing the seeds which later will drop after the flower dies and dries. 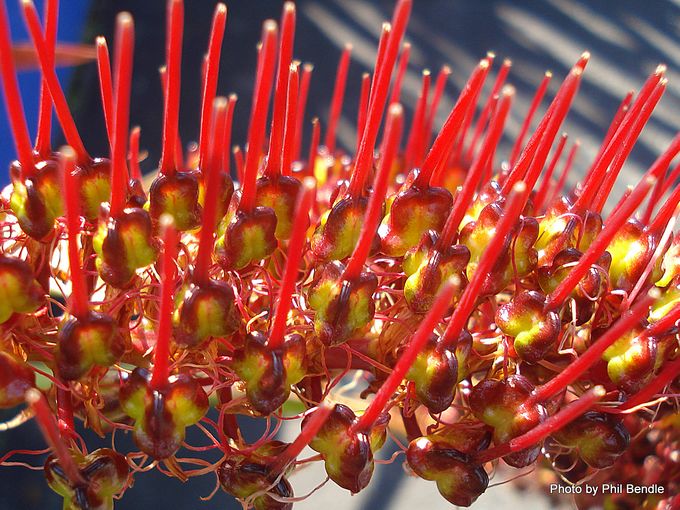 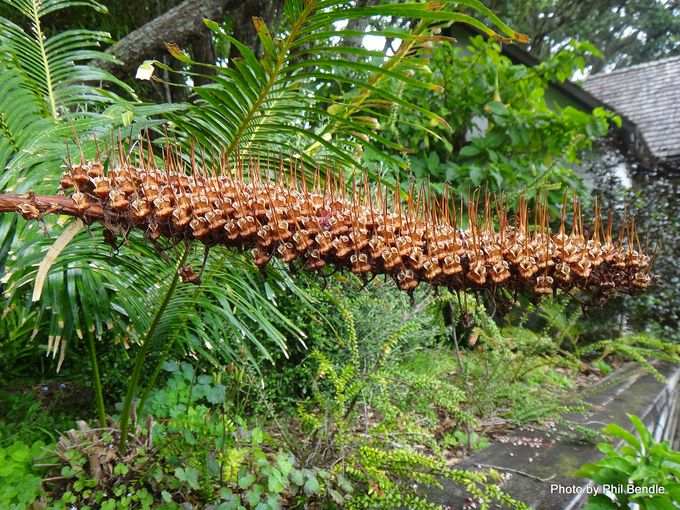 A closeup of the seed capsules just before falling. 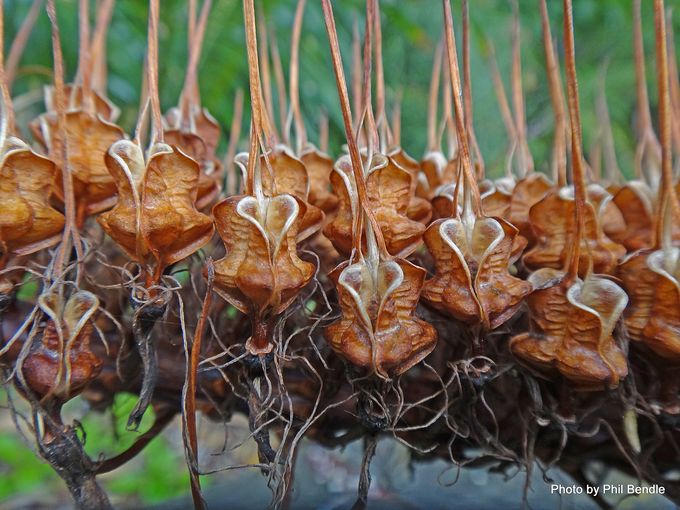