Xanthium strumarium is a species of annual plants belonging to the Asteraceae family. It is an American native and has been extensively naturalized elsewhere where its tendency to be invasive has been demonstrated worldwide.
In New Zealand, it is found growing in farmyards, vegetable gardens, disturbed ground, stream banks, riparian areas and in pastures. It is hard to eradicate once it has a foothold. Mowing only stimulates regrowth and the seeds. Xanthium strumarium’s spiny capsule contains two seeds which germinate in different years. One behaves as a normal annual seed, germinating in the next spring, but the second seed contains a germination inhibitor that keeps it from sprouting for at least two years. Xanthium strumarium can spread by soil movement, stock feed and equipment such as diggers, crop harvesting machinery and farm machinery. The bur is buoyant and is easily dispersed by water. The pods are adapted to be dispersed by having hooked projections that become entangled in their hair of animals walking or grazing in the vicinity.

Xanthium strumarium has large, bright green, broad leaves in an alternate pattern with irregular lobes and relatively inconspicuous teeth. Stems turn maroon to black when mature. Male and female flowers are inconspicuous on the small stalk at the leaf axils. The male flowers are greenish yellow, grapelike clusters. Female flowers are smaller at first and develop just below male flowers. They ripen into two brown to black achenes and are completely enveloped by a spiny involucre, which becomes a bur.

The plant is poisonous if eaten in large quantities because it contains significant concentrations of the extremely toxic chemical carboxyatratyloside. This chemical is most concentrated in the cotyledons (seed leaves) when the plant germinates. Mature leaves contain smaller amounts. Xanthium strumarium was responsible for at least 19 deaths and 76 illnesses in Sylhet District, Bangladesh, 2007. People ate large amounts of the plants, locally called ghagra shak because they were starving during a monsoon flood and no other plants were available. The symptoms included vomiting and altered mental states, followed by unconsciousness. Animals have been known to die after eating the plants. 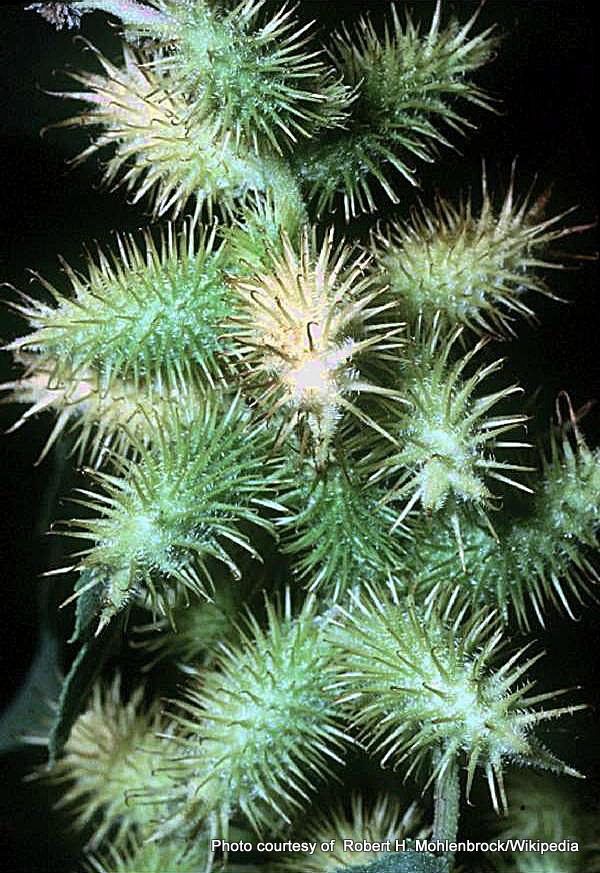 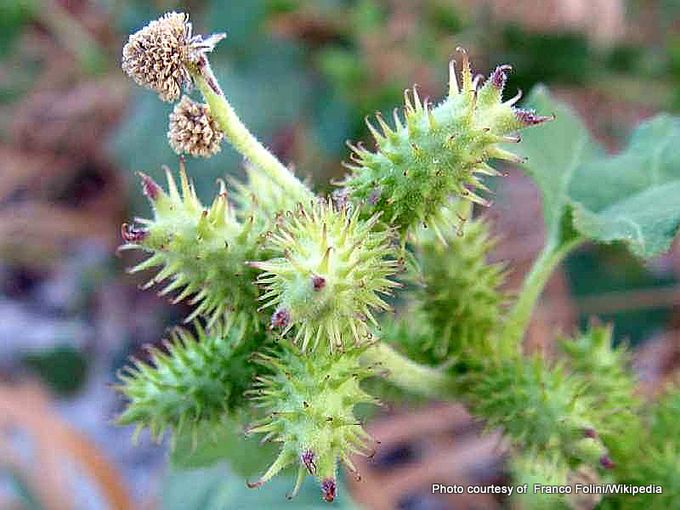 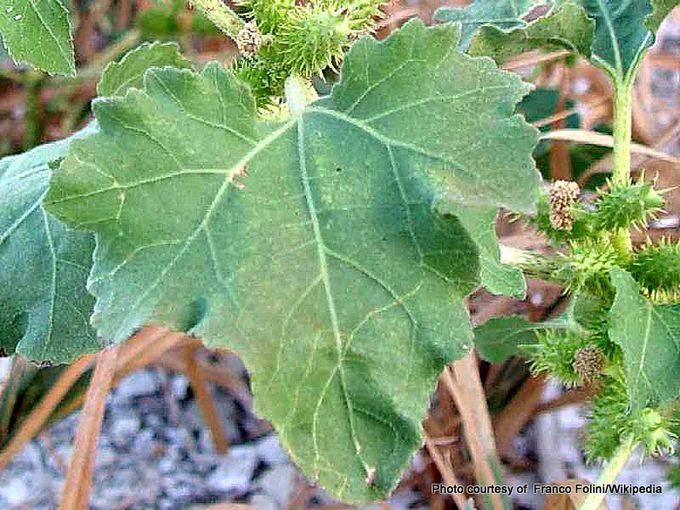 This hardy plant will grow in all soil types. Here it is one germinating in sand. 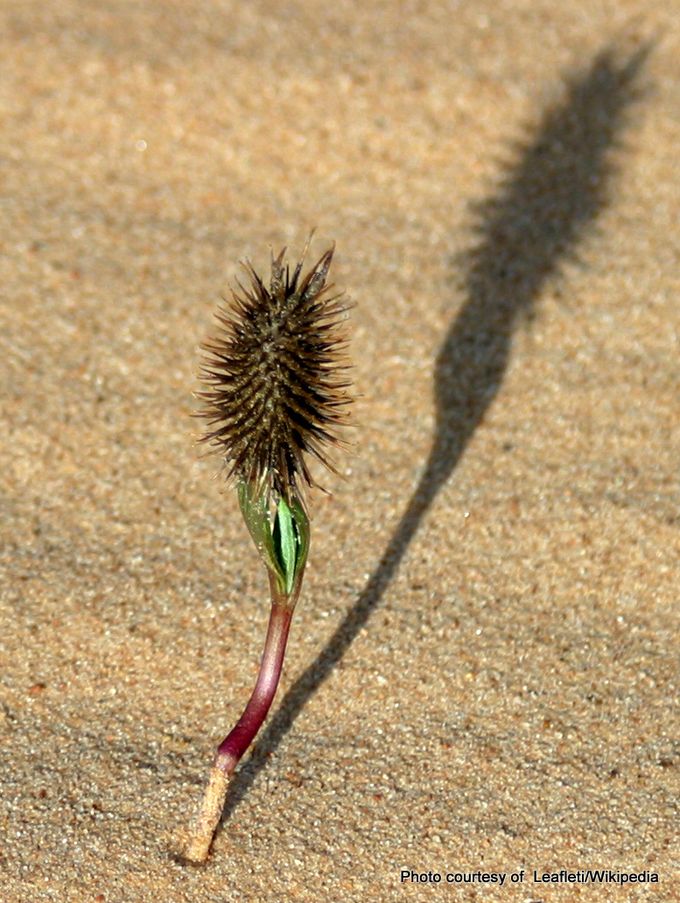