Anarhynchus frontalis is a distinctive endemic wading bird, which possesses a uniquely bent bill. It is the only bird in the world which its whole bill is bent sideways. The black 3.2 cm bill is curved to the right in the middle, the end being offset at an angle of 12 degrees to the base. This adaptation allows these birds to forage under stones for insect larva on the shingle river-beds of Canterbury and Otago.
Anarhynchus frontalis is a small, plump plover, measuring 20 to 21 cm in length and weighing between 43 and 71 g. Its plumage is ash-grey above with white underparts. During the breeding season, individuals have a black band across the upper chest and males also have a band on the forehead. This plumage colouration makes the bird exceedingly difficult for predators to detect, especially the female who stays completely still on her nest
During late December till early February Wrybills leave the South Island and fly north to shallow estuaries and sheltered coastal areas in the North Island, returning to the South Island’s river shingle beds during August.
This species is listed as vulnerable because it has a small population, which is undergoing a continuing decline owing to habitat degradation and the impacts of introduced predators. Their greatest death toll is from stoats and weasels during the breeding season. Their chief bird enemies are harriers and black-backed gulls. 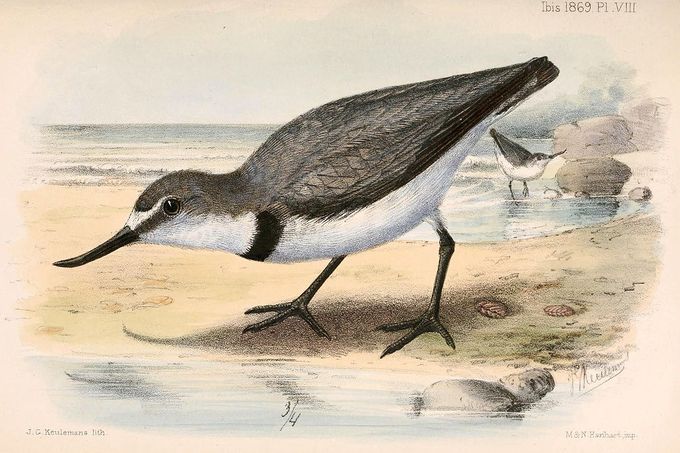 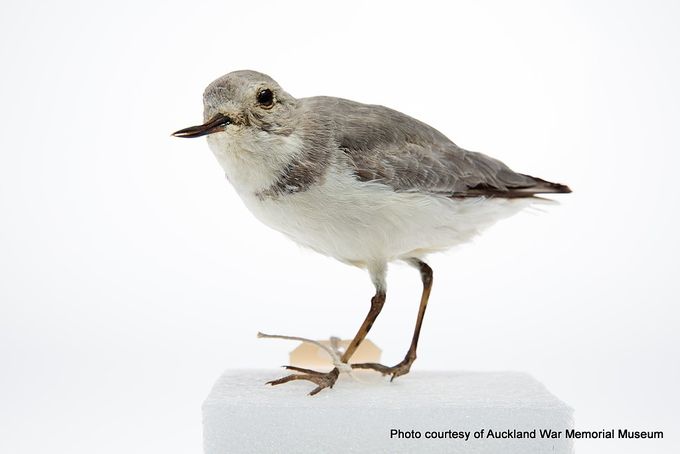 A Wrybill nest of shingle and stones 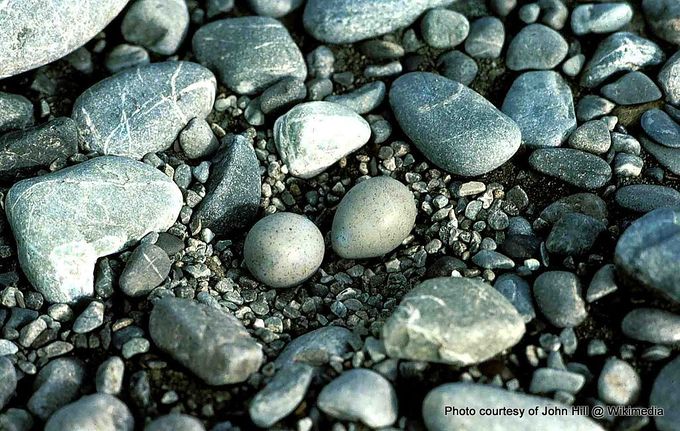 A bird on the nest. 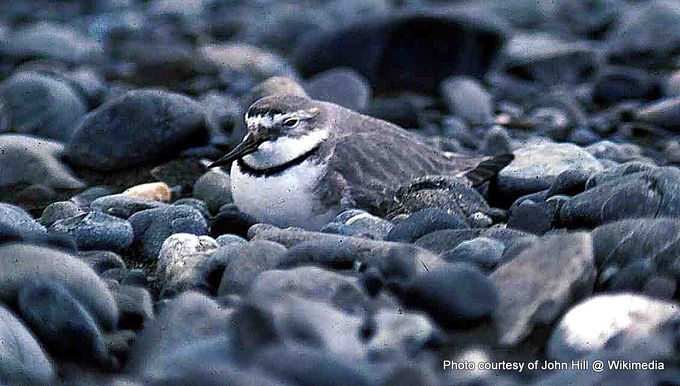 Wrybills (Anarhynchus frontalis) spending the winter months on a mudflat in the Firth of Thames, Mirada, New Zealand. 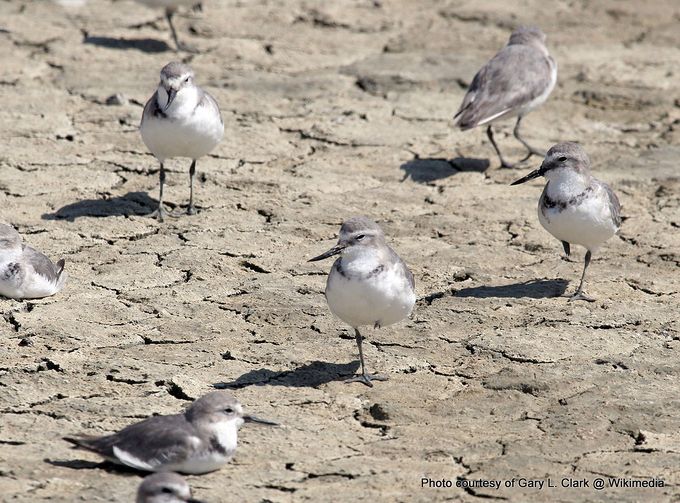