Xenicus gilviventris is a small New Zealand wren endemic to the South Island of New Zealand. The rock wren is currently restricted to alpine and subalpine areas (900–2500 m altitude) of the Southern Alps, the TasmanMountains of Northwest Nelson, and the Victoria Range of Westland, all in the South Island.
It is a poor flier and highly terrestrial, feeding in low scrub, open scree, and rock falls. The rock wren and rifleman are the only two surviving New Zealand wrens. Its current alpine distribution is a habitat where few rodents can survive. Their preferred habitat is close to the tree line, amongst rock falls, scree, fellfield, and low scrub. Rock wrens, unlike many alpine birds, do not migrate to lower elevations in winter, instead, they seem to shelter and forage in rock falls beneath the snow layer.

The rock wren is a very small, almost tailless bird that prefers to hop and run on its long legs, and uses its rounded wings to fly only short distances. They rarely fly more than 2 m off the ground or for distances of more than 30 m. Males are 16 g, females 20 g. Males are greenish with yellow flanks and a pale underside, females tend to be browner, although the degree of difference between the sexes varies geographically. airs maintain a year-round territory and work together to build a large enclosed nest with an entrance tunnel. The nest is lined with feathers, often from other species of birds. Guthrie-Smith recovered 791 feathers from one nest in the 1930s, most from weka, but including some kiwi, kakapo, kea, and kereru. Rock wrens are such assiduous collectors of feathers that their nests have been checked for kakapo feathers, to determine if those endangered parrots are in the area. Three eggs are laid in late spring and incubated for three weeks. Chicks take about 24 days to fledge and are fed for at least 4 weeks. Rock wrens mostly eat invertebrates on the ground, but will sometimes take berries and seeds, and even nectar from flax flowers.

Source: 1 NEWS 16/12/2017
It has been reported by the Department of Conservation that the number of critically endangered New Zealand alpine birds are back on the rise thanks to the large-scale poisoning of its rat and stoat predators.

The reclusive rock wren/tuke has recently been spotted in greater numbers at all monitoring sites in Kahurangi National Park on the West Coast.
Its success was a tick of approval for the department's Battle for our Birds aerial 1080 poisoning drop aimed at predators, scientist Dr Graeme Elliott says.
The department this year ran 23 operations with 1080 across 440,000 hectares.
"At one site in the Grange Range, we've seen adult birds increase by more than 300 percent in the last three years," Dr Elliott said.
"In the area with no predator control, rock wren numbers declined by 90 percent, until last year when we used aerial 1080 to avoid losing that population."
DOC's Battle for our Birds programme aims to suppress predators, such as rats, stoats and possums to protect the country's most at-risk native birds, bats, lizards, frogs, snails and plants.
In Kahurangi when monitoring began in 2014, 58 percent of rock wren nests produced young after aerial 1080 was dropped and 45 percent the following breeding season.
In areas without predator control, just 13 percent of nests were successful.
Like the rock wren, other species, including kiwi, kea, mohua/yellowhead, bats and native frogs, have also benefited from predator control programmes. This programme that covers about 750,000 hectares runs until July 2018. 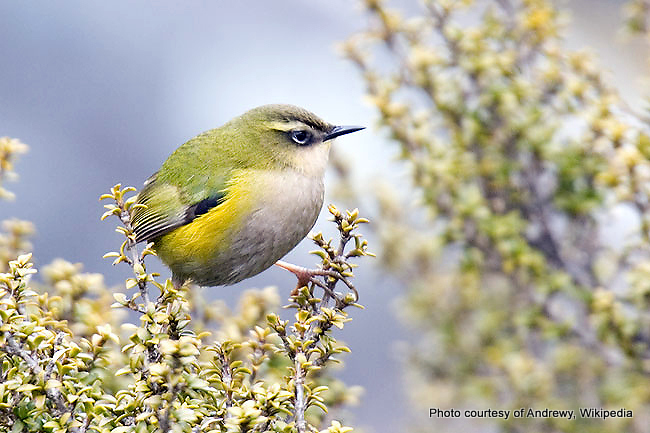