Wollemia nobilis was discovered by David Noble, a NSW National Parks and Wildlife Officer during 1994 in the Wollemi National Park in the Blue Mountains, Australia where fewer than a hundred trees are known to be growing wild. The exact location is still undisclosed to the public.
It is one of the world's oldest and rarest plants dating back to the time of the dinosaurs. Previously it was know only as a fossilised form which dated to 200 million years ago.
It is now classified as Critically Endangered on the International Union for Conservation of Nature's Red List, and is legally protected in Australia.
Wollemia nobilis is not a true pine in the genus Pinus and is related to Agathis and Araucaria in the family Araucariaceae. It is relative to the Kauri, Norfolk Island, Hoop, Bunya and Monkey Puzzle pines.

It is an evergreen tree reaching 25–40 m tall with dark brown and knobbly bark. The unusual leaves are flat and linear, 3–8 cm long and 2–5 mm broad. They are arranged spirally on the shoot but twisted at the base to appear in two or four flattened ranks. New foliage is apple green, but turns bluish over time. During colder months the foliage is tinged with bronze.
Wollemi pines reproduce both sexually, through wind-pollination, and vegetatively, which leads to numerous trunks developing on a single tree. It develops seed cones which are are green, 6–12 cm long and 5–10 cm in diameter, and they mature in about 18–20 months after wind pollination. The male cones which produce pollen are reddish-brown in colour and are 5–11 cm long and 1–2 cm broad and they develop lower on the tree than the seed cones.

This is New Zealand's first planted Wollemia nobilis. It was planted January 2013 in Christchurch's botanical gardens to celebrate the garden's 150th anniversary. It is protected by a cage to stop thieves and people taking cuttings. This tree was grown by tissue culture at the Ambrosia Nursery, near Christchurch, under licence after the Environmental Protection Authority and iwi approved it.
Read the approval by ERMA New Zealand allowing the cultivation of Wollemia nobilis (pdf, 130 kb) http://www.epa.govt.nz/Documents/NOR04003-decision.pdf 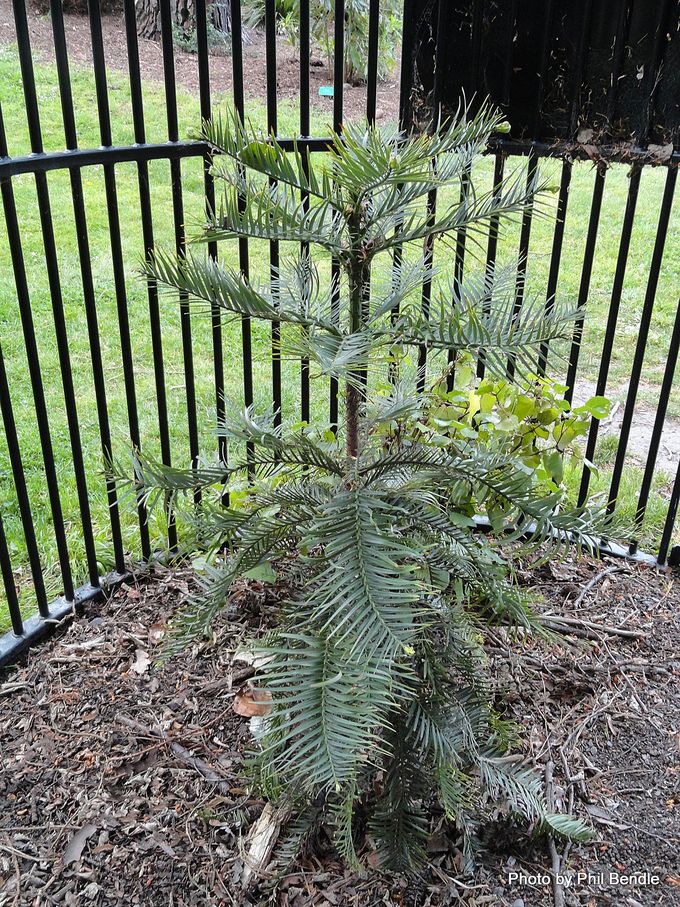 This is a young specimen about 1 m high grown by tissue culture at the Ambrosia Nurseries, 57 Selwyn Rd, Prebbleton, Christchurch. 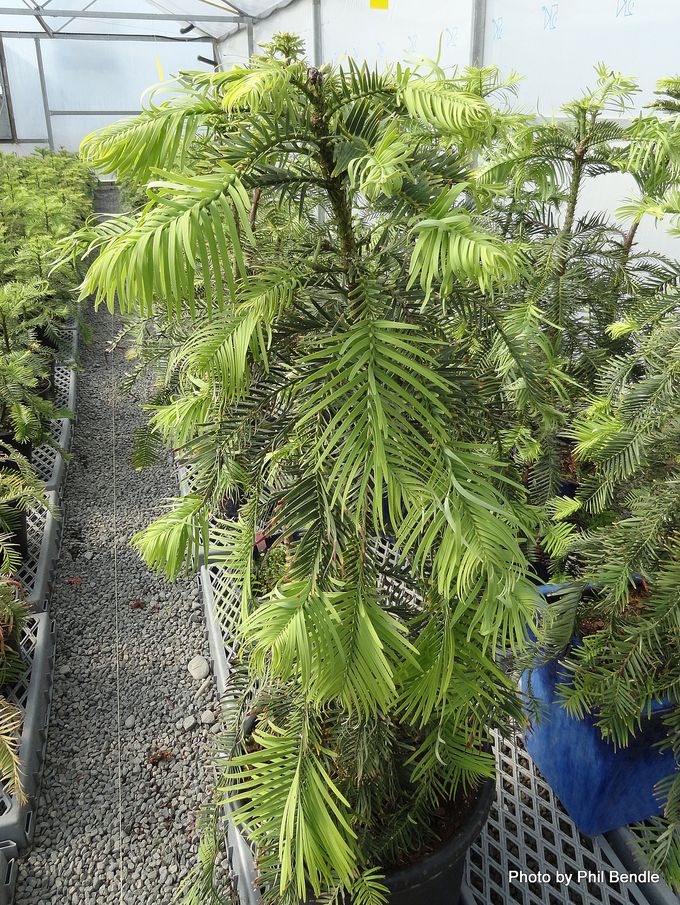 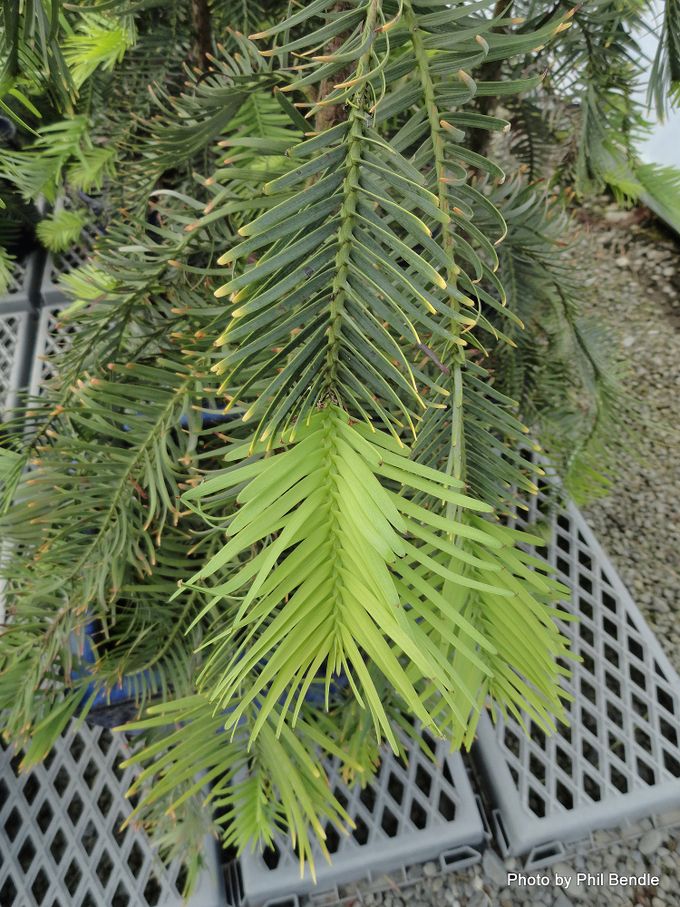 The distinctive stem of a young tree. 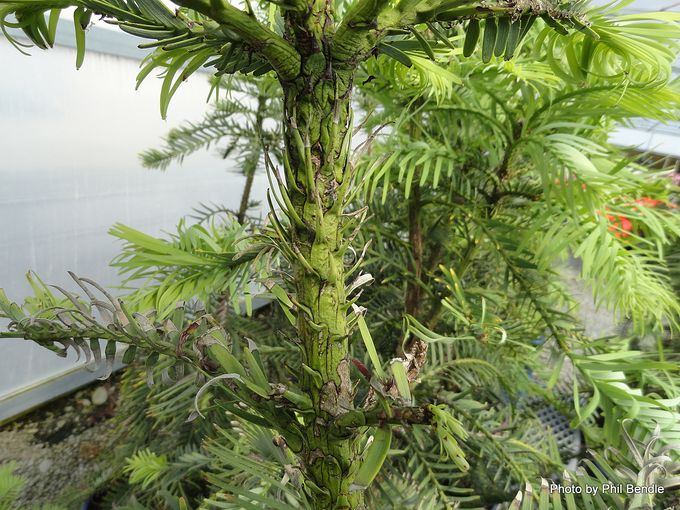 Photo of the winter resting stage, with terminal bud encased in a globule of resin, called a polar bud. New growth occurs in early summer, see photo below. 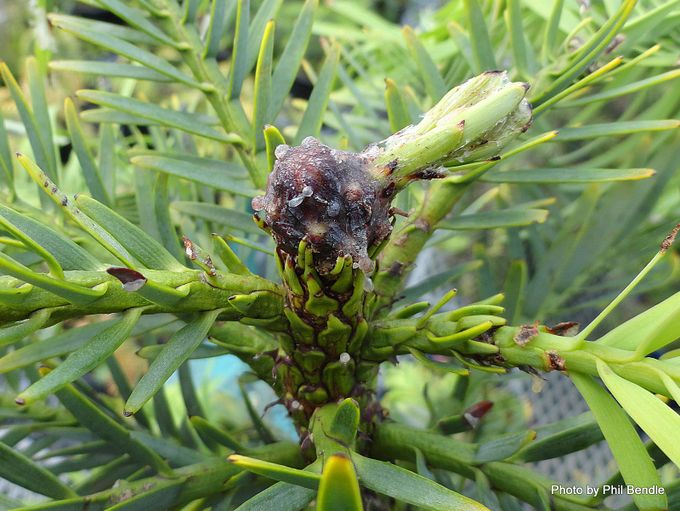 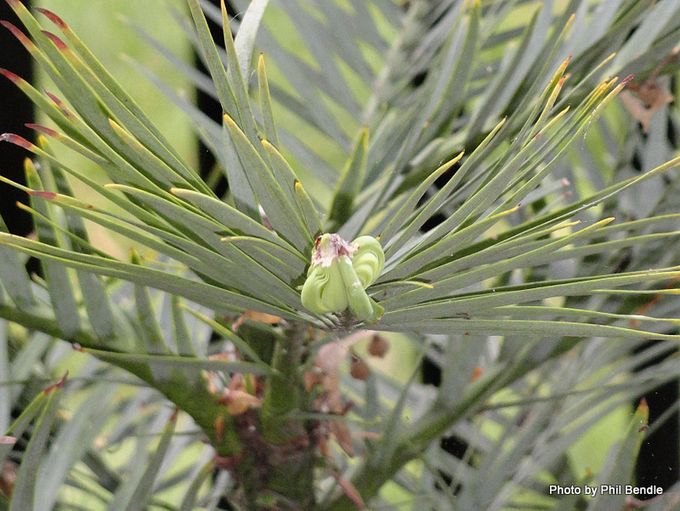 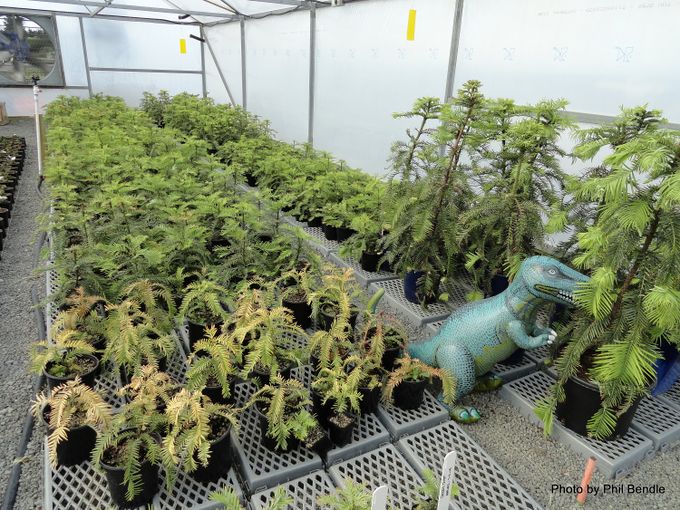 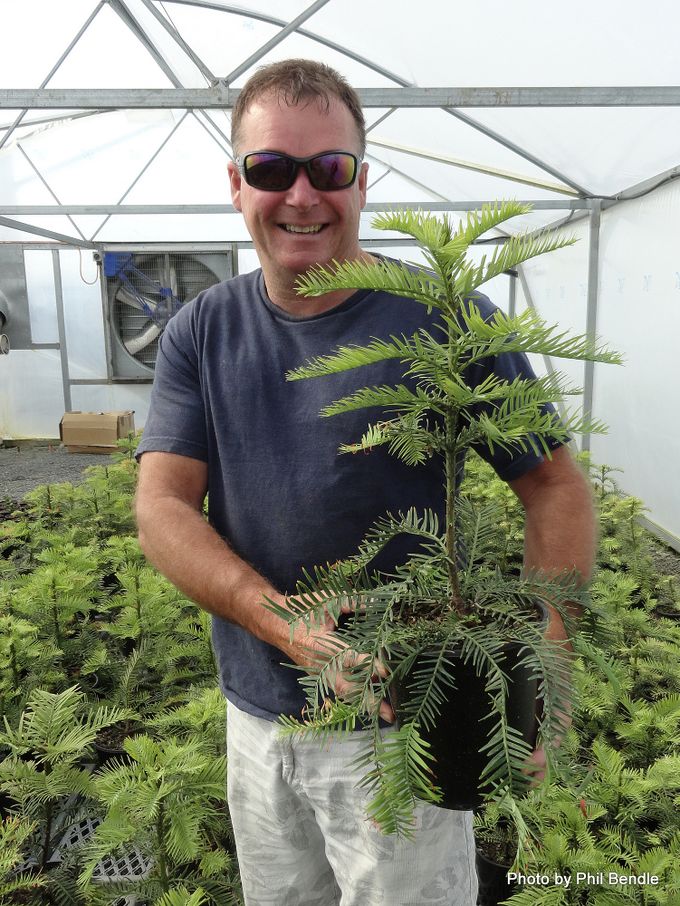