Anoteropsis hilaris is a small native spider > 7mm, dark-brown in colour and has a light yellow streak along the middle of the cephalothorax and abdomen.
It lives living small burrows in the ground and be seen actively running about gardens. It is an active hunter with good eyesight. It hunts by day and is able to catch prey bigger than itself. The wolf spider has a recognisable arrangement of eyes, with two directed to the rear so it can detect prey from behind or to the side.
The female of the species will carry her egg sac attached to her spinnerets.

The Black spider-hunter wasp (Pricocnemis nitidiven- tris) stings and paralyses small wolf spiders then takes them to its nest. An egg is laid on the body, which is later consumed by the developing wasp larvae. 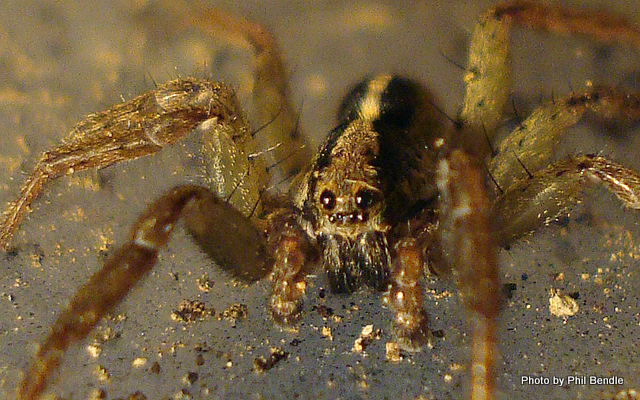 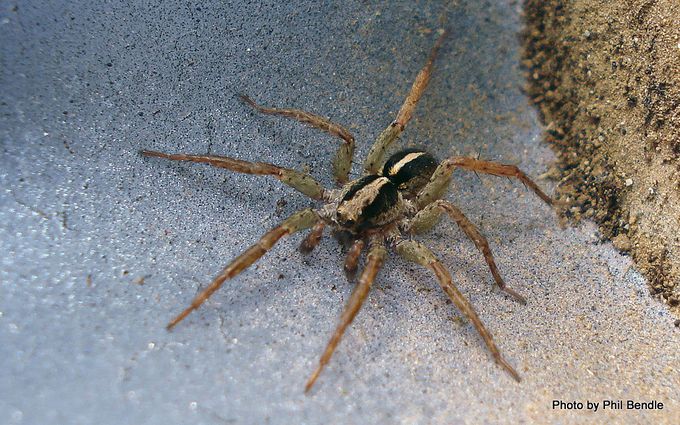 Female Garden Wolf Spider carrying an egg sac attached to her spinnerets.Notice the strands of silk attached to the egg. She carries this egg sac around attached to her body for about a month.  When the spiderlings hatch they then climb up on their mothers back and are carried around till they moult 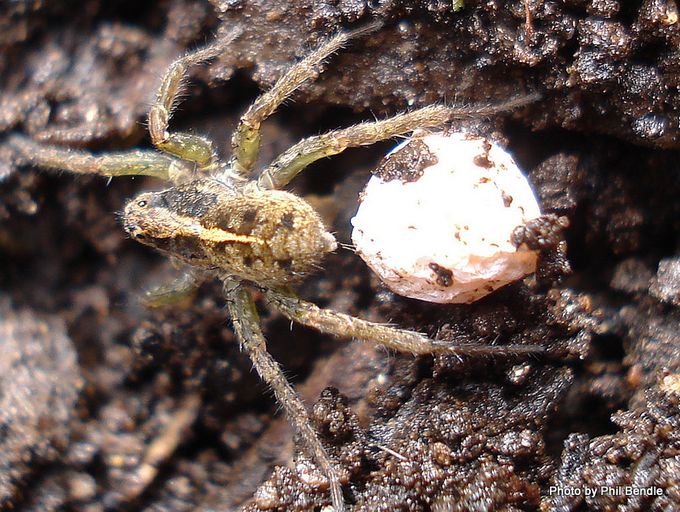 If the silk attachments are broken she carries the egg under her body. 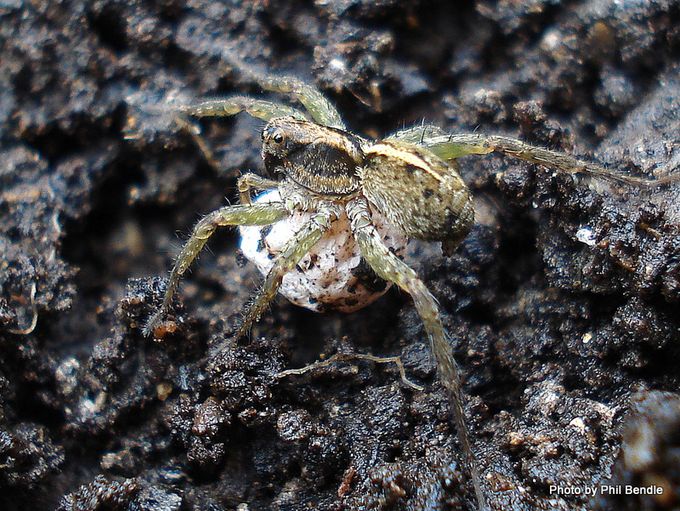