Spiders in the genus Anoteropsis are called wolf spiders and are endemic to New Zealand. Anoteropsis is known only from New Zealand including the Chatham Islands, Snares Islands and the Auckland Islands. New Zealand has 27 species of wolf spiders in 6 genera. The genus Anoteropsis dominates the country with 20 species alone. They have eight eyes arranged in three rows. The bottom row consists of four small eyes, the middle row has two very large eyes and the top row has two medium-sized eyes. They depend on their excellent eyesight to hunt. They live mostly solitary lives and hunt alone. Some are opportunistic hunters pouncing upon prey as they find it or even chasing it over short distances. Some will even wait for passing prey in or near the mouth of a burrow. Wolf spiders resemble Nursery web spiders (family Pisauridae), but they carry their egg sacs by attaching them to their spinnerets. 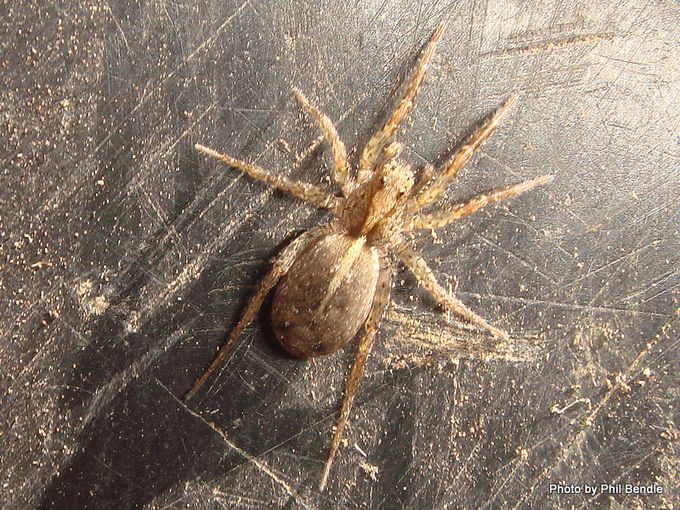 A species of wolf spider in a nest made of grains of dirt etc stuck together. The top of the nest is removed to expose the spider. 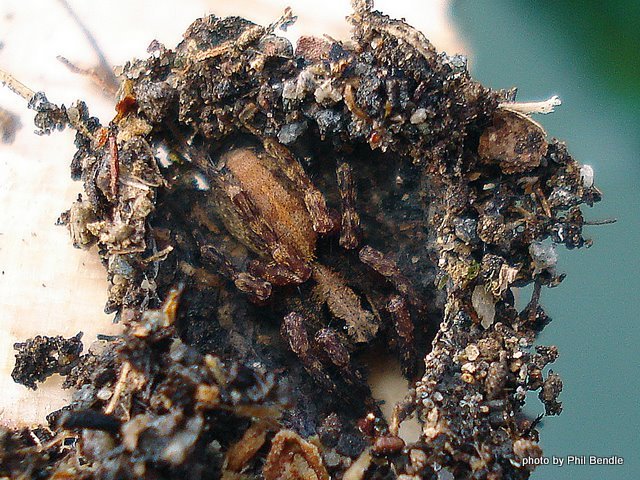 The next photo is of wolf spider another species 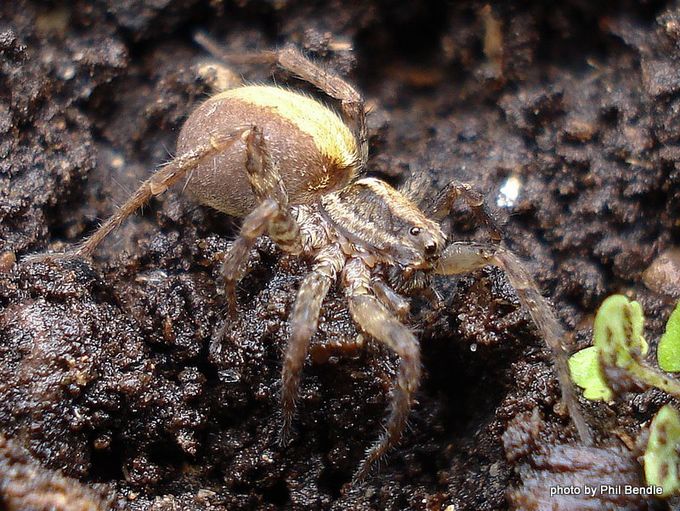 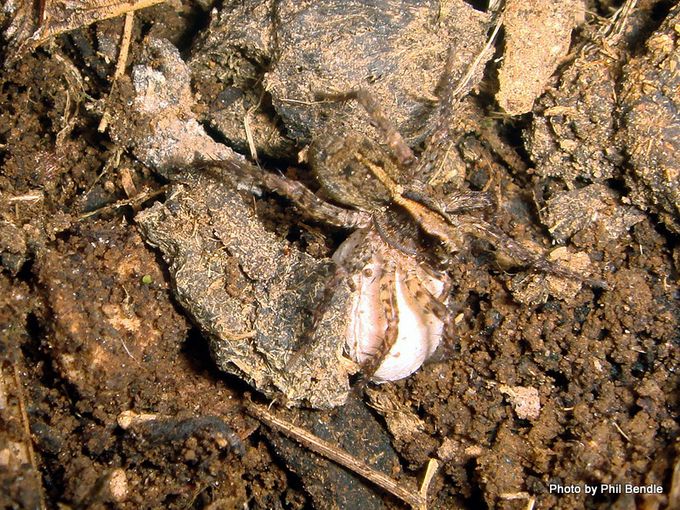 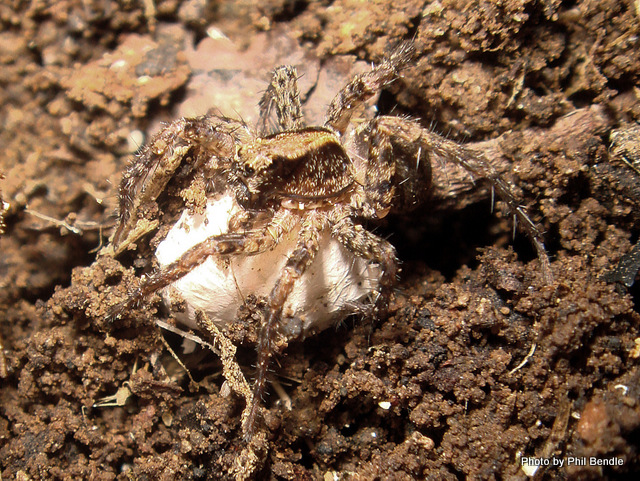