Thanks to Phil J. Sirvid, Curator of Spiders at the Museum of New Zealand, Te Papa for this information
"Lampona murina is more likely in the North Island. Based on previous museum specimen records, as far as we know we have murina in the North Island and cylindrata in the South Island (with both being Australian species). However, these spiders are easily able to stow away with people, so I'd be surprised if there wasn't at least a little bit of back and forth movement between the islands. And I can't easily tell them apart without being able to view particular characters under a microscope."

This Australian spider was first recorded in NZ in 1886, at Waiwera, Auckland. It is believed that it came into the country with early colonists and is now well established throughout the North Island. The two species are not easily distinguished from one another without microscopic examination. They are  Lampona murina or Lampona cylindrata and both these species have been introduced to New Zealand.

These dark grey spiders are 12-17mm long and readily recognised by their elongate body form and a distinctive white patch on the end of the abdomen.
Their preferred habitat is under dry bark and plants but will often be seen inside houses, where they look for shelter from the light, after hunting at night. The spider often hides in clothing, especially if it is left lying around on the floor.These nocturnal hunting spiders are unusual because they feed only on other spiders.
White-tailed spiders do bite but will only bite if handled or provoked. In most cases, the bite will cause little harm, as there is nothing in the venom that will affect us.  A White-tail bite is immediately painful. It should be noted that cases of confirmed White-tail spider bites have rarely resulted in anything more severe than a red mark and localised short-lived pain. As with bee/wasp stings, different people will react in different ways.
Thanks to Landcare Research which is New Zealand's foremost environmental research organisation for the above information.

The photo below is an adult whitetail. with a dark body and only a white patch on the end of its abdomen. Body length on this individual 23mm. Photographed in the North Island at New Plymouth 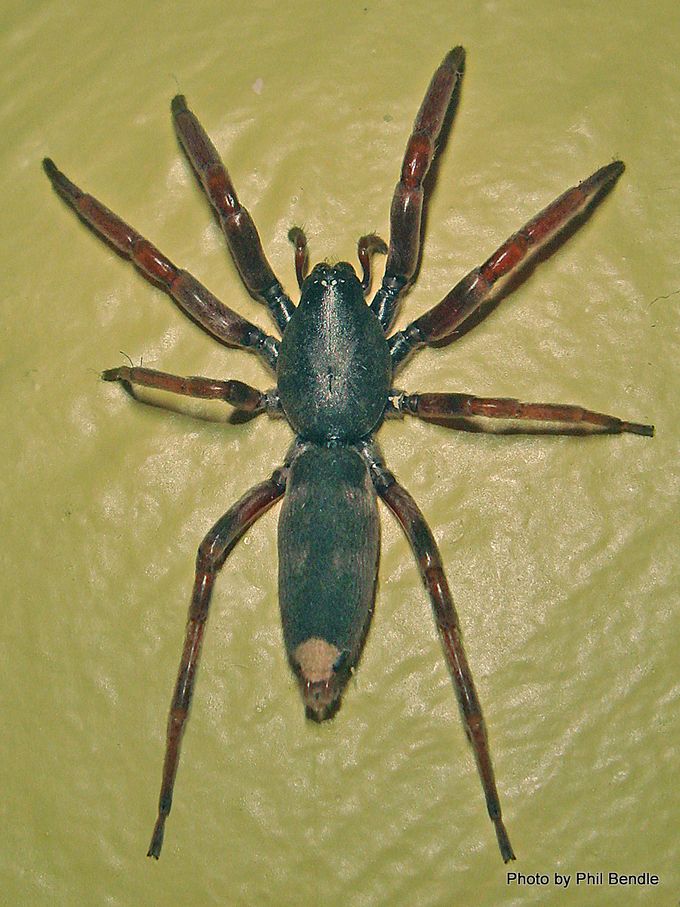 Female Lampona murina in the silk of a banded funnel web spider Hexathele hochstetteri. She had killed and devoured the host 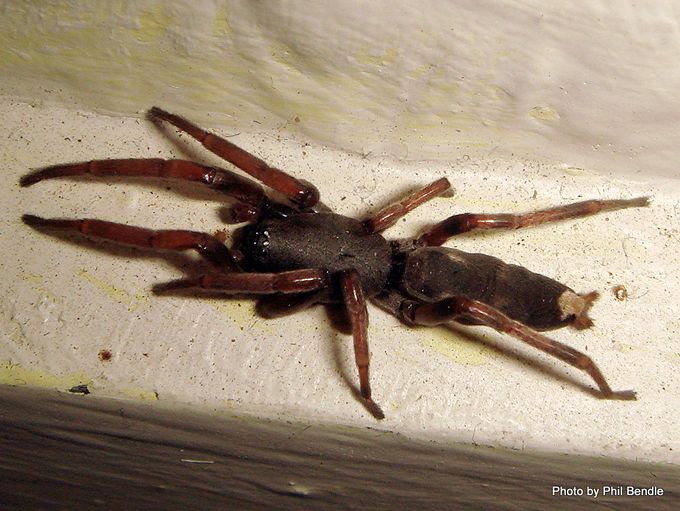 The mouthparts and fangs. Female 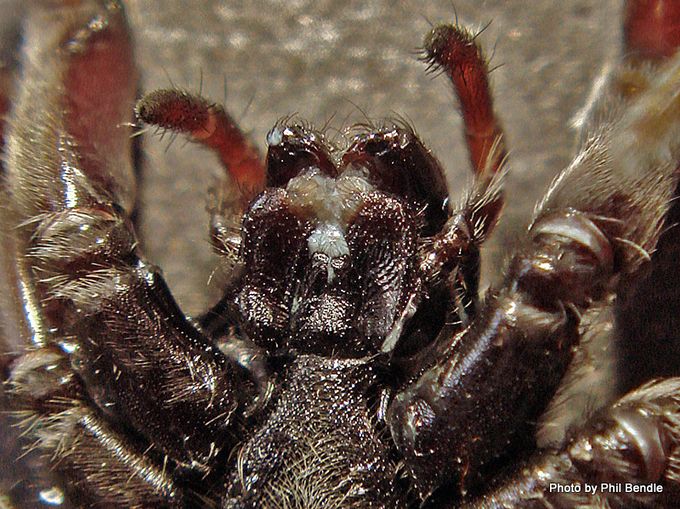 A female Lampona murina feeding on a cobweb spider of the family Theridiidae. 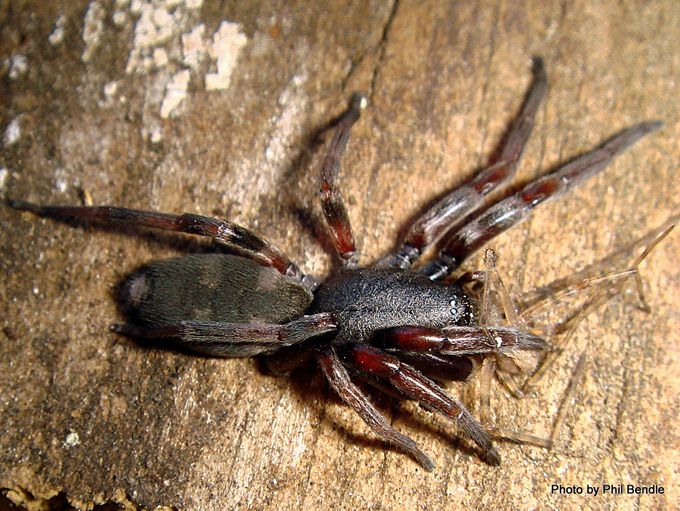 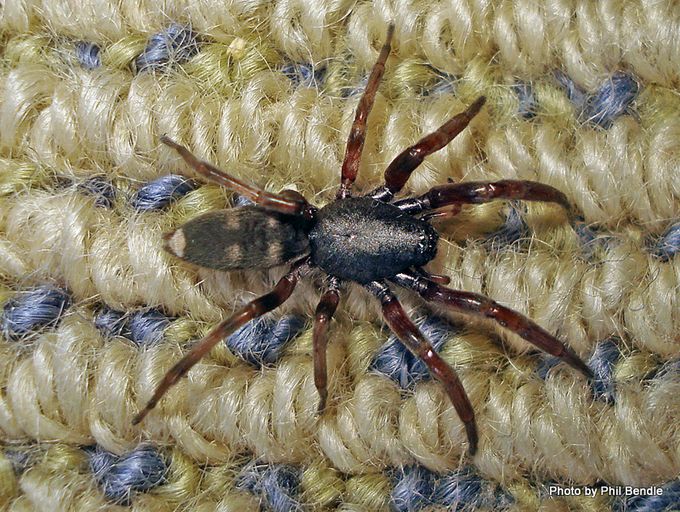 The juvenile spiders have lighter white marks on the body as seen in photos below.

A young whitetail only 5mm in body length. The white body marks fade with age. 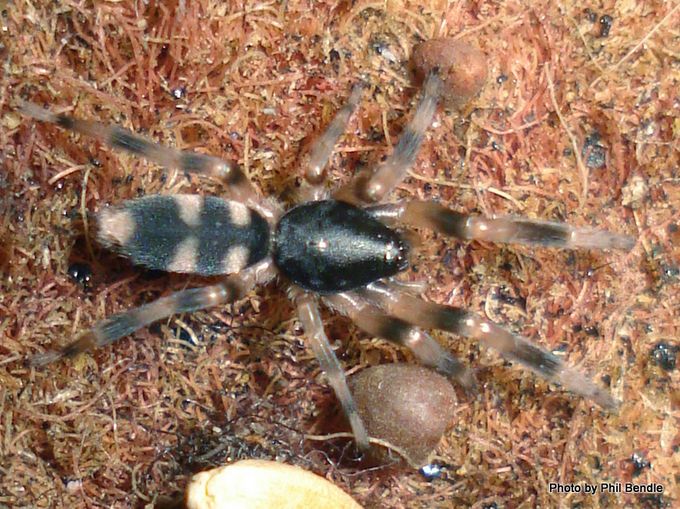 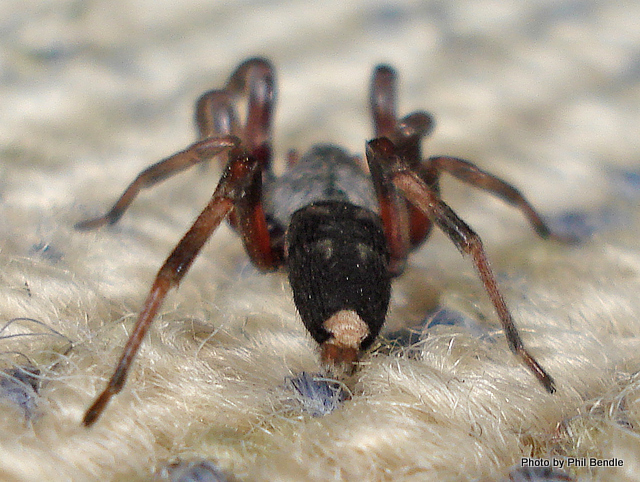 A large adult in defence position. 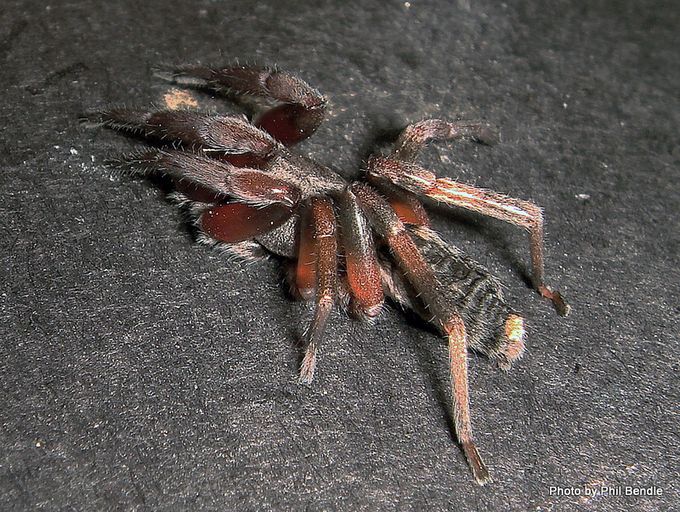 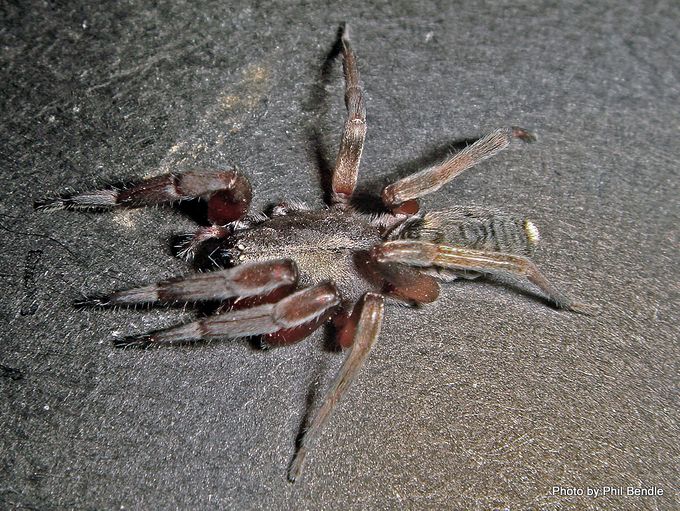 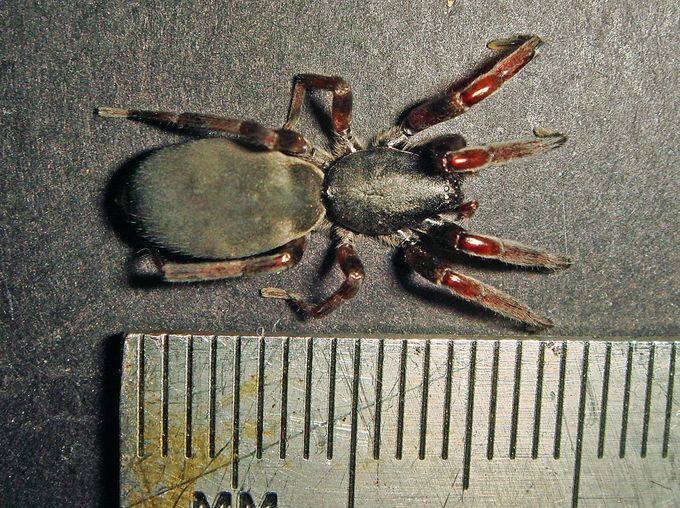 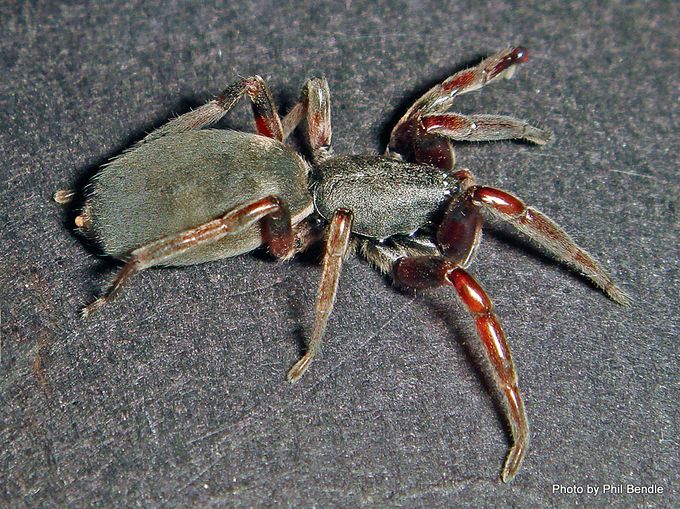 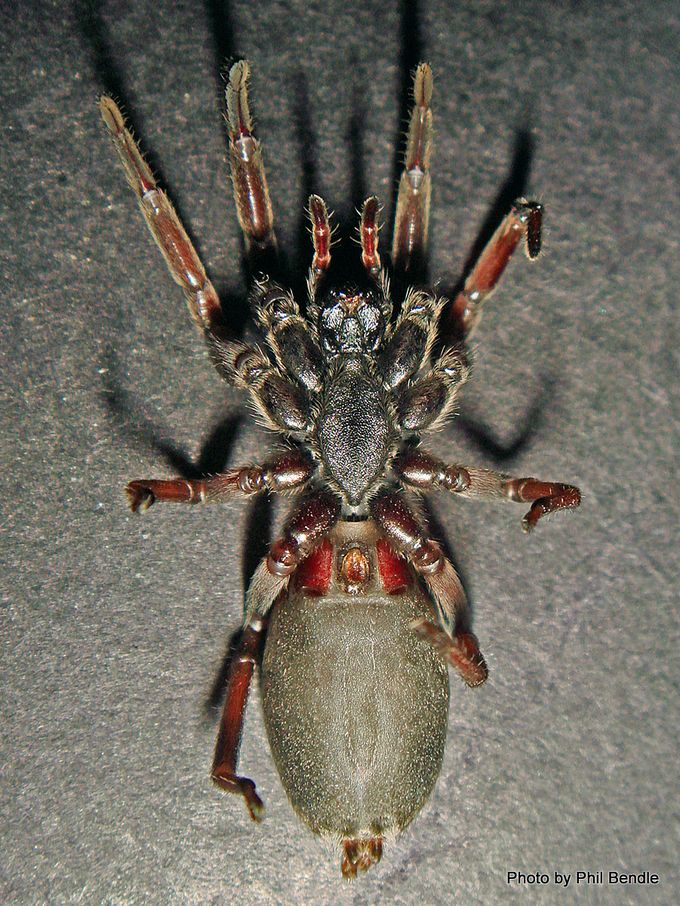 Though whitetail spiders kill other spiders, the photo below the tables have been turned and one has been caught and bound with silk by a cellar spider. 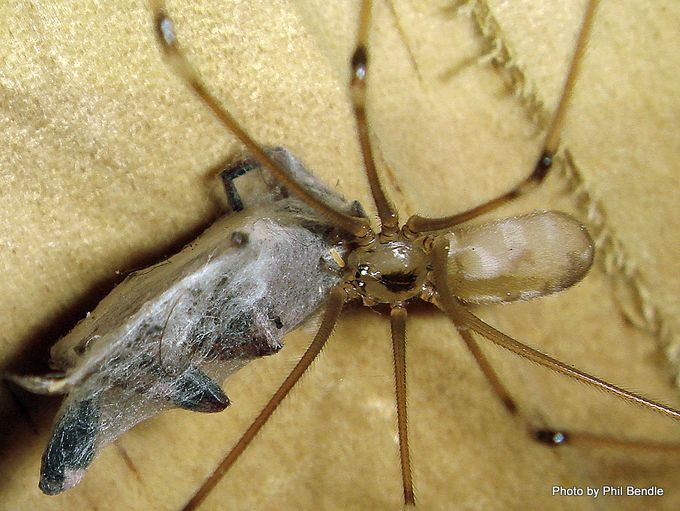 Video:  In the battle of speed versus strength, a White-Tailed Spider and a Cellar Spider fight until only one remain.alive.

Thanks to Wikipedia for text and Information: http://creativecommons.org/licenses/by-sa/3.0/