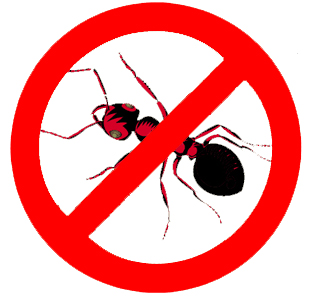 The great white cabbage butterfly (Pieris brassicae) was first found in New Zealand in a Nelson city garden in 2010 and has since been spreading in Nelson Tasman area.
It is an unwanted pest in New Zealand. The butterfly is regarded as a pest of brassica crops in several countries including Europe, Britain and India. Brassica crops include cabbage, cauliflower, broccoli, rape, swedes, brussels sprouts and turnips. It is a potential threat to New Zealand’s cultivated and native brassica plants. Pieris brassicae will feed on a range of host plants in the plant families Brassicaceae, Capparaceae and Tropaeolaceae. These host plants are readily found in New Zealand within home gardens, commercial gardens and as weeds such as nasturtium, wild radish, wallflowers and alyssum. This butterfly can fly long distances – sometimes hundreds of kilometres – so will spread further through New Zealand if not stopped.
For a limited period in October 2013, the Department of Conservation offered a monetary reward for the capture of the butterfly. After two weeks, the public had captured 134 butterflies, netting $10 for each one handed in.

The adult large white butterflies (Pieris brassicae) have a wingspan up to 70mm.
The male forewing upperside is pure white with a black tip. The male’s hindwing upperside is creamy white but it has one black smear in near centre of the upper edge. The forewing is irrorated with black scales at the base and along costa for a short distance.
The female’s forewings upperside is white with a black tip like the males but has two black dots centre wing. The irrigation of black scales at the bases of the wings is more extended than the males. The female’s hindwing is as same as the males with a black smear in the centre near the upper edge. The underside wings of both sexes are a pale yellow, dusted with grey.
Typically, two generations are produced each year. The first brood of adults emerges in spring and flies until April. A second, larger brood of adults appears in July, and in particularly warm years, a third brood may occasionally occur. The female lay skittle shaped eggs on the leaves of host plants. Eggs are typically laid in batches of about 30, but sometimes up to 100. They hatch after around a week. The eggs are first a pale yellow colour. They turn into a darker yellow within twenty-four hours of being oviposited. A few hours prior to hatching, they will become black in colour, and the shell will become more transparent, and the larvae will appear visible.
Newly emerged caterpillars are yellow with shiny black heads. In their early stages, the caterpillars live in groups and can be extremely damaging, reducing the food plant to a mere skeleton. After the first moult, the colour changes to yellowish-green with yellow lines running the length of the body. Fully grown caterpillars are 45mm long, olive green with a yellow line along the top of the body. Distinguishing features of the mature caterpillar is that it is covered with splotchy black dots and patches with short black hairs over the whole body. The head is bluish-grey with black patches. They are very distasteful to birds because they absorb mustard oils from their diet, and their bright colouring advertises this fact, protecting the caterpillars from attack.
The chrysalises are 20mm in length. A non-diapausing chrysalis is a pale green and a diapausing chrysalis it is a greyish-white and it is dotted with black and yellow markings. The surface of the chrysalis is shaped by ridges and blunt spikes. It is attached to the substrate by a silken girdle and pad.

DOC led a multi-agency programme over more than three years to eradicate the pest butterfly from Nelson Tasman where it was only known to be found.
In November 2016, the great white butterfly was determined to be successfully eradicated and is no longer in New Zealand. It was the first eradication of an unwanted butterfly population in the world.
A watch is still needed for this pest in case it turns up again in New Zealand. Report any suspected sightings to the Ministry for Primary Industries (MPI) Exotic Pests and Diseases Hotline 0800 80 99 66. 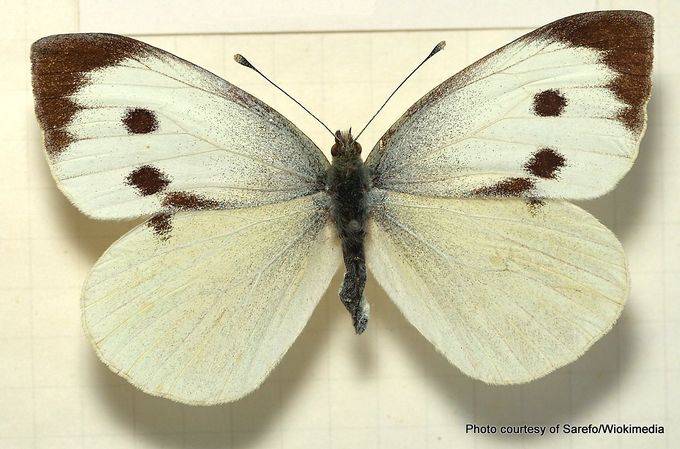 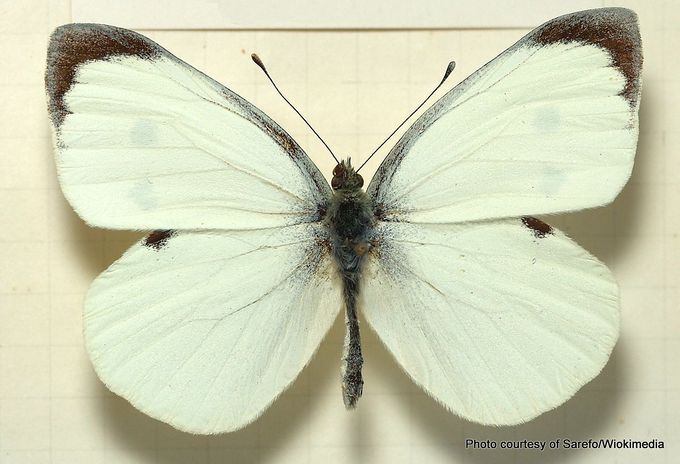 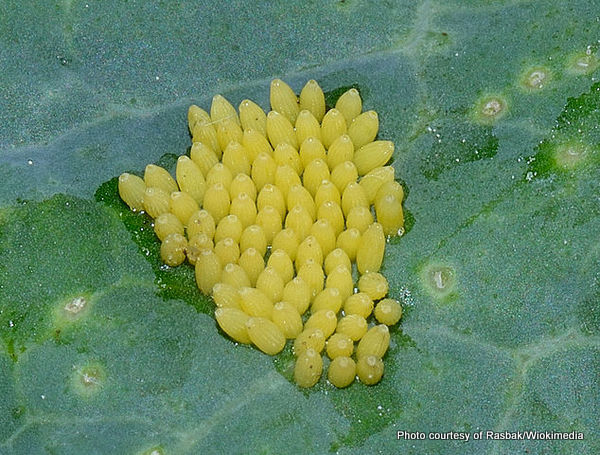 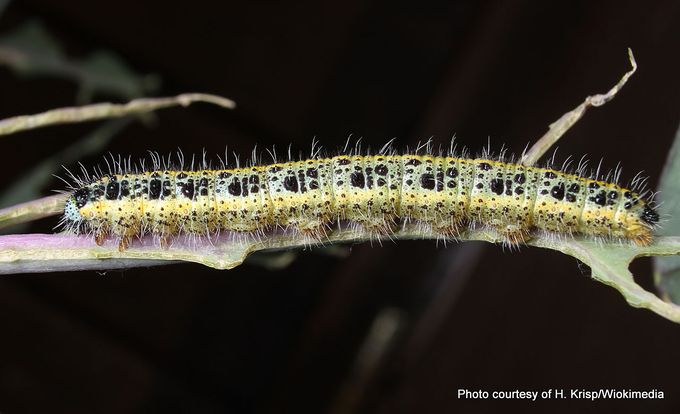 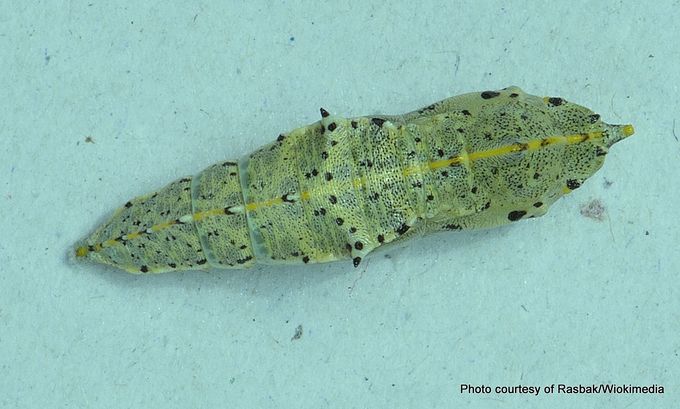