This large snail is as-yet-unnamed Powelliphanta species known as Powelliphanta "Egmont". It is one of the amber snails, an undescribed species of large, carnivorous land snail, a terrestrial pulmonate gastropod mollusc in the family Rhytididae.

Powelliphanta "Egmont" is a large snail (maximum diameter 68 mm; height 30 mm) with a handsome old-gold coloured shell. This snail has never been formally described, as it was found relatively late (1962). In an examination of the genetic make-up of the Powelliphanta genus in 1988, the Egmont snails were clearly distinguishable from other Powelliphanta and should probably be described as a new species (K. J. Walker, unpubl. data; Appendix 2). It was found under litter and the fronds of Gahnia (sedge) and leaves of Astelia (flax) in subalpine scrub and shrubland of Leatherwood, Mountain five-finger, haumakaroa, and inaka on volcanic soils at altitudes of 1160--1300 m. a. s. l.
It is known from one small area on the northwestern flanks of Mt Taranaki in Egmont National Park. It occurs rather patchily and sparsely over about 30 ha around the junction of the Kokowai and the Round-the-Mountain Track. 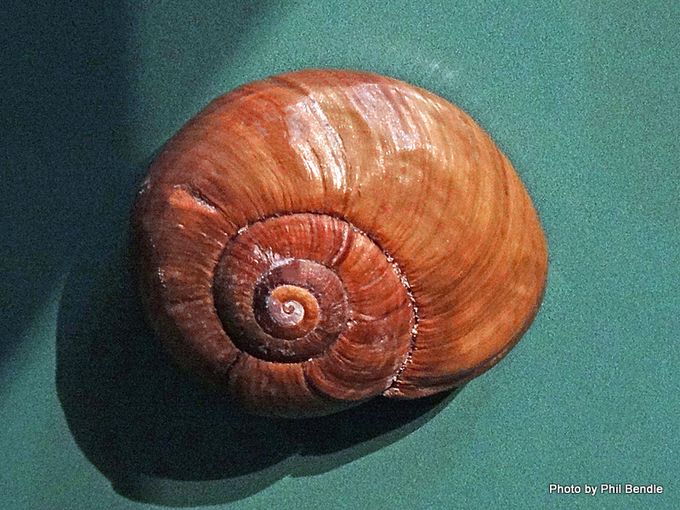