Sherardia is a monotypic genus containing a single species, Sherardia arvensis, which is a flowering plant in the Rubiaceae family. It is native to Europe, northern Africa and southwest Asia. Sherardia arvensis is closely related to the bedstraws (genus Galium). It is mainly noted as a weed but has sometimes found use as a dye plant.

It is an annual plant with trailing and upright stems growing up to 40cm long, having a square cross-section. The rough pointed bristly leaves about 1cm in length are in whorls of four to six (normally six at the ends of the shoots, but four nearer the root).
The tiny pale lilac or pink flowers are approximately 3mm in diameter and the petals form a cross. The flowers have a long tube, with only the end part of the four petals free. The flowers grow in "heads" of two or three together in an involucral structure formed out of a ring of six bracts.
The fruit is dry and about 3mm long with two lobes giving rise to the two seeds (nutlets).
The four-angled stems with whorls of bristly leaves and tiny flowers are reminiscent of the Bedstraws and other related Rubiaceae, but Sherardia is distinguished by its mauve/pink flowers which have a long tube.

This is a common weed of fields, pasture, grassland, and disturbed areas. The roots can be used as a red dye but this plant is considered inferior to true Madder in this respect. 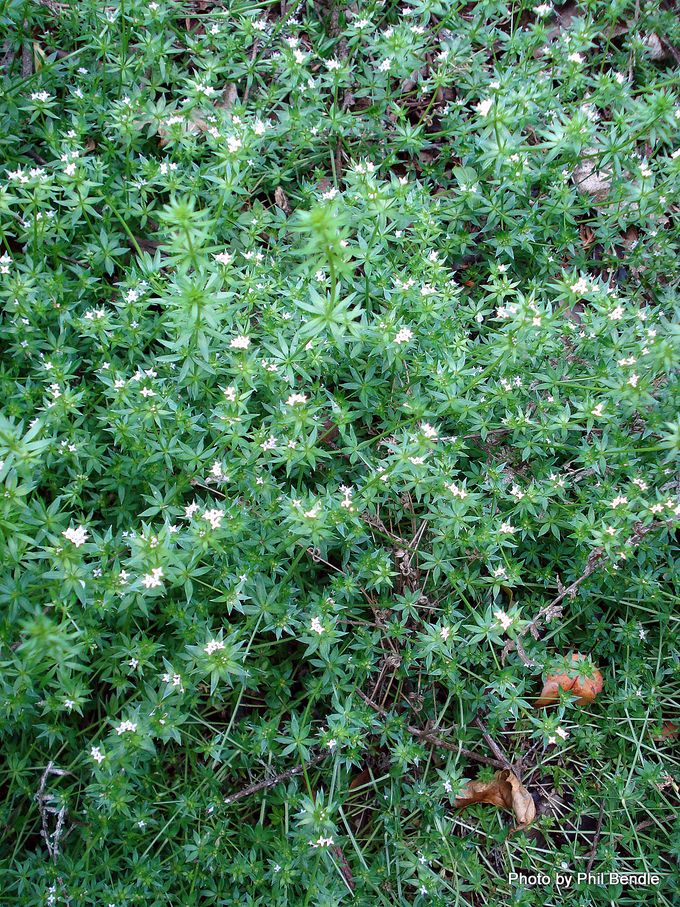 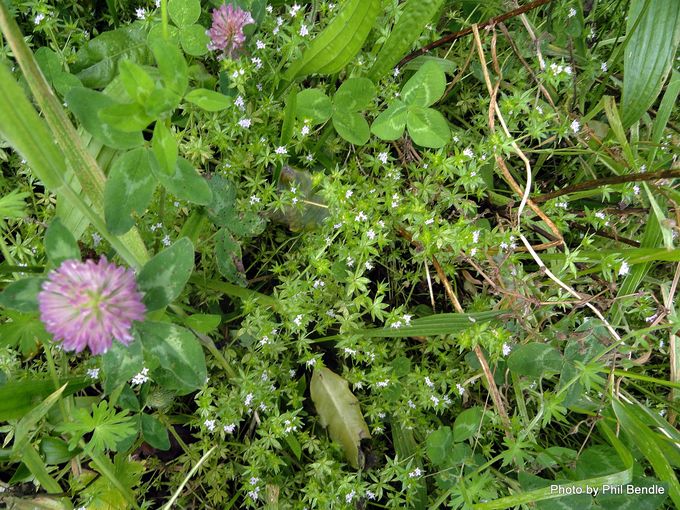 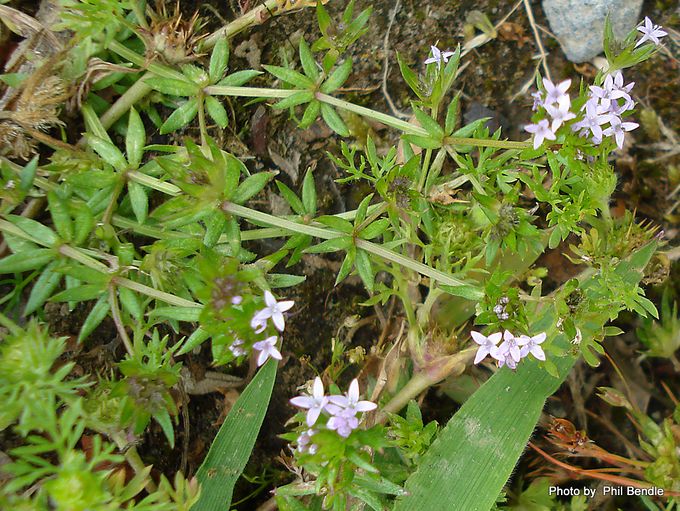 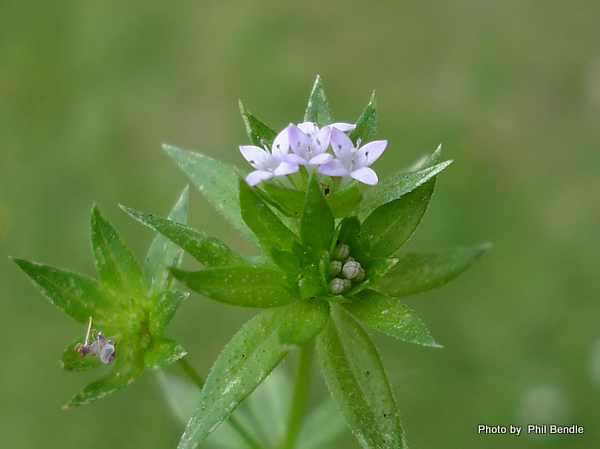 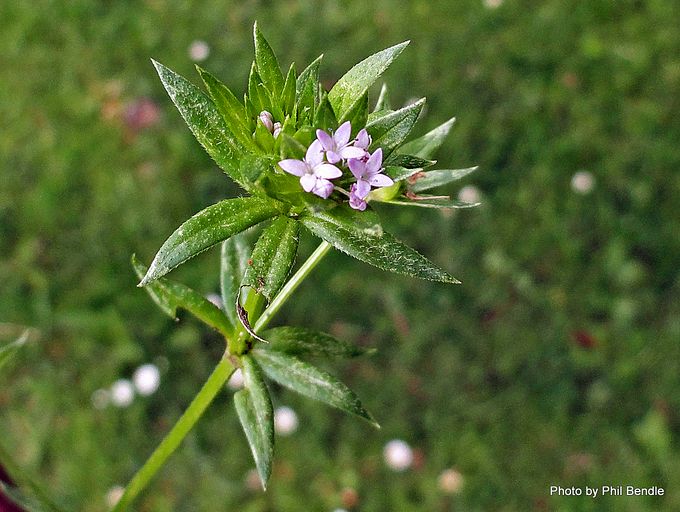