The Nikau is the only palm species native to mainland New Zealand and it is the world's most southerly growing palm. The Nikau grows up to 15 m tall, with a stout green trunk which bears grey-green leaf scars. The trunk is topped by a smooth bulging crown shaft up to 1m long. The fronds are up to 3m long, and the closely-set, sometimes overlapping leaflets are up to 1 m long. The inflorescence is multi-branched and from 200 to 400 mm long. The tightly packed flowers are unisexual and coloured lilac to pink. Male flowers are borne in pairs and have 6 stamens. The female flowers are solitary. The fruit is elliptic or oblong, and generally measures about 10 by 7 mm, and is red when ripe.
The Nikau produces flowers between November and April, and fruits ripen from February to November, taking almost a year to fully ripen. These are a favourite food of the Kereru, the native wood pigeon. Over the years Nikaus have been removed from the bush by people keen to grow them in their gardens. But this has met with limited success and has been a tragic waste of plants. Nursery plants are grown from seeds.
Nïkau palms have always had importance in Maori life. The leaves were used to thatch houses, to wrap food before cooking, and to weave into hats, mats, baskets, and leggings for travelling through the undergrowth. The growing spikes can be taken from the tree about every eight months without killing it. From the outer portion of the trunk, Maori made storage containers and pots. The hard berries were made into necklaces or eaten when green. The immature flower is edible and can be cooked and eaten like cauliflower. The heart of the developing leaves (called rito) can also be eaten raw, but taking the shoots kills the whole tree. Early bushman ate the stem tops which killed the palm hence the name "Millionaire’s salad plant" was given to the nikau palm.
Medicinal Properties: Used as a laxative. Was used to relax the muscles of the pelvic floor making labour easier and was also useful in cases of diarrhoea. 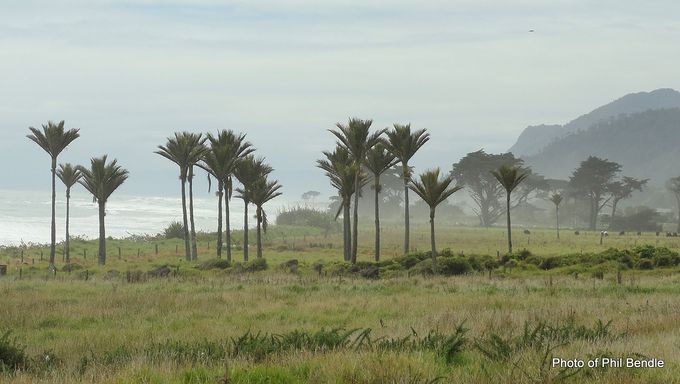 The next two photos are of Nikau palms photographed Westcoast, South Island. 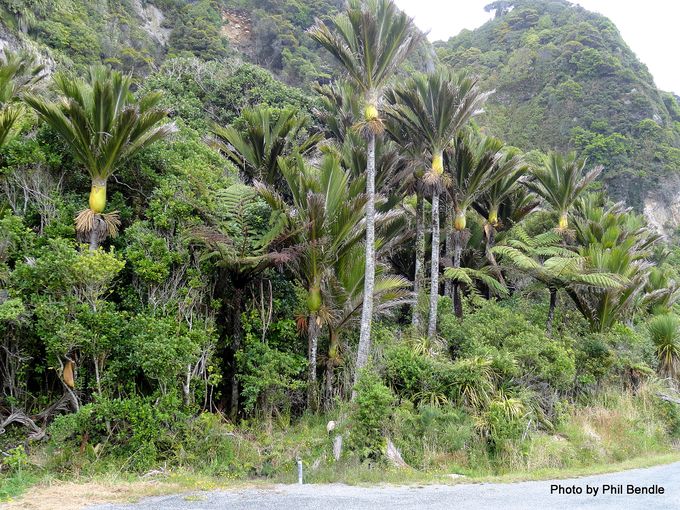 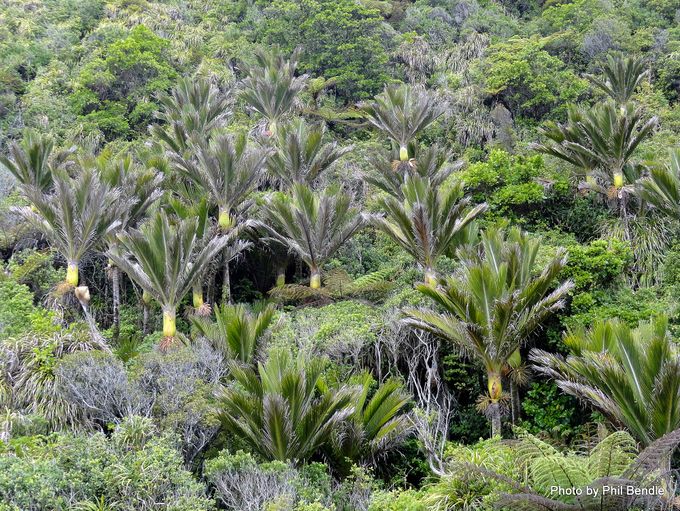 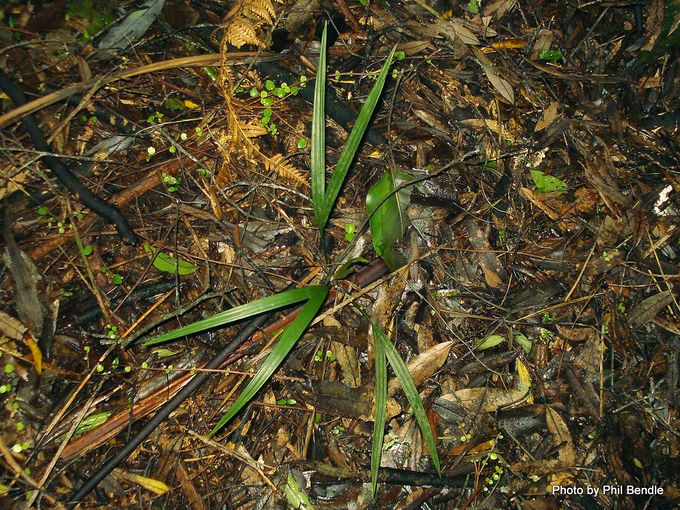 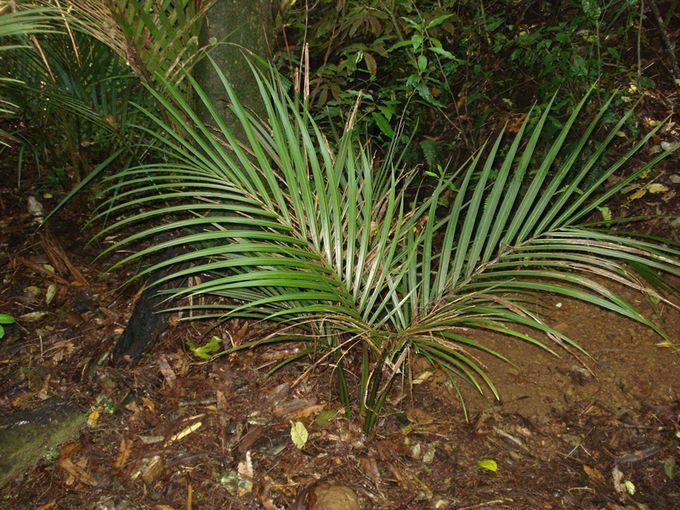 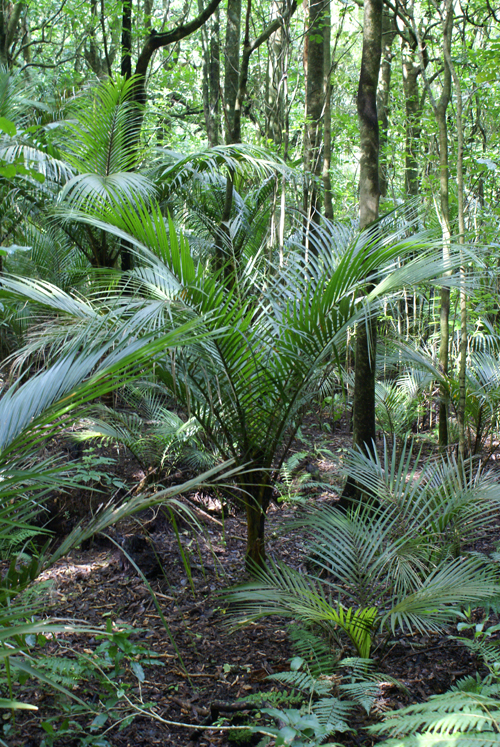 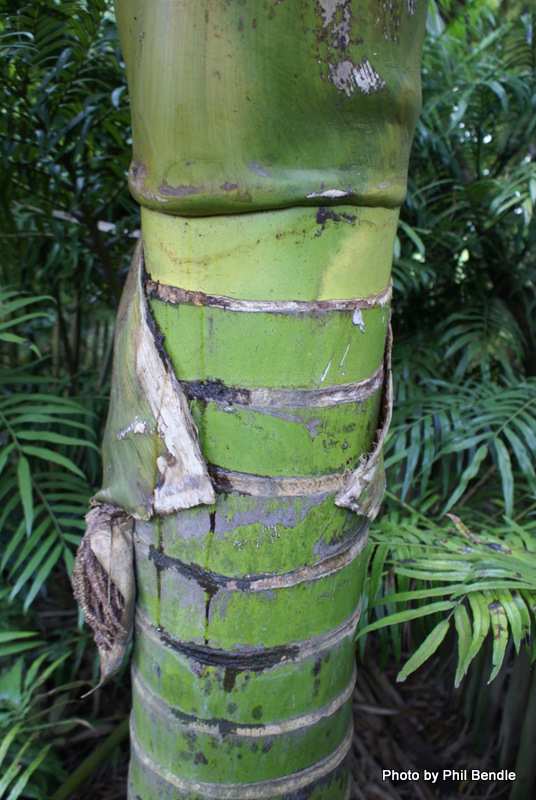 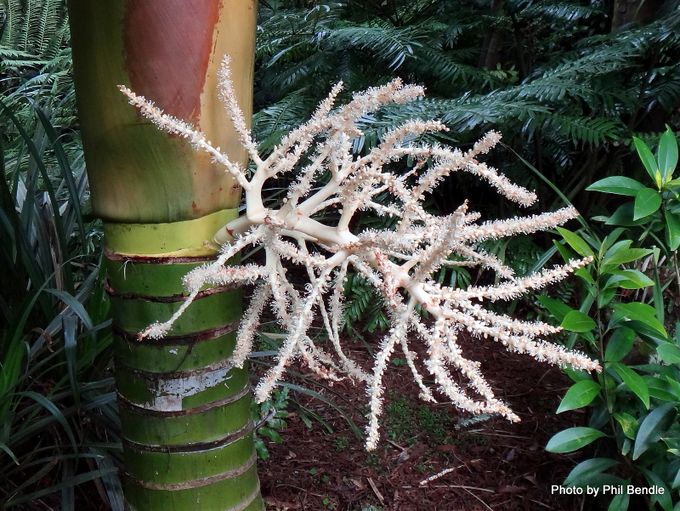 Closeup of the flowers. 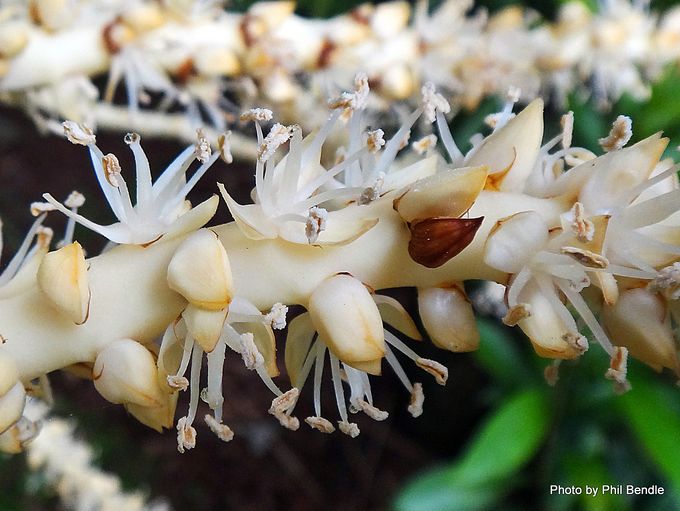 The Nikau palm flower covering splitting open. It will drop off leaving the flower strands. Little white flowers develop on them 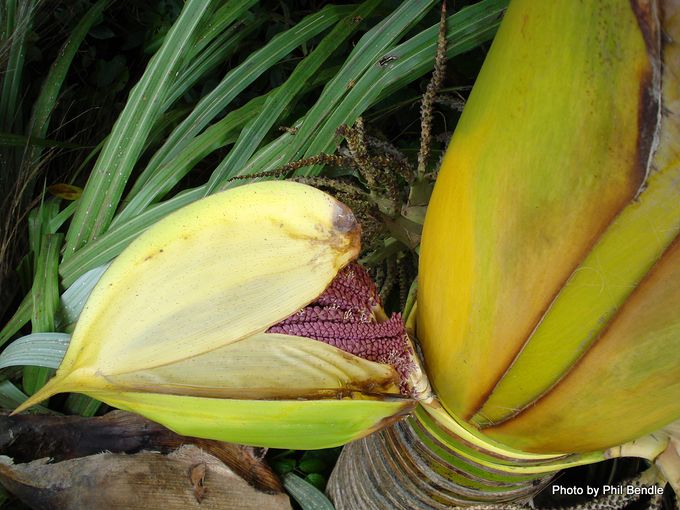 In the photo below the branches on the left have small green fruit developing. The green branches in the middle have fruited and are bare. The mauve branches are the flowers. The inflorescence bears both male and female flowers arranged in threes. The flowers are sticky and sweet with nectar, which attracts insects, especially bees and hence it is pollinated. The red lower right branches are covered with the ripe fruit. (Click on photo to enlarge) 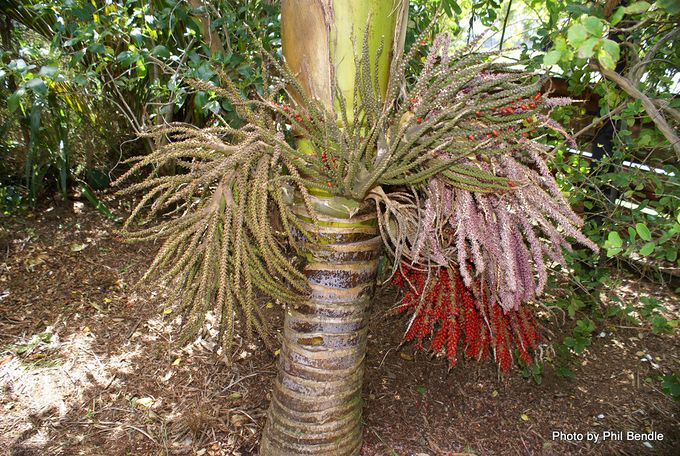 The green fruit which will turn red. The bare branch has lost last years ripe fruit.  A juvenile nikau on the right. 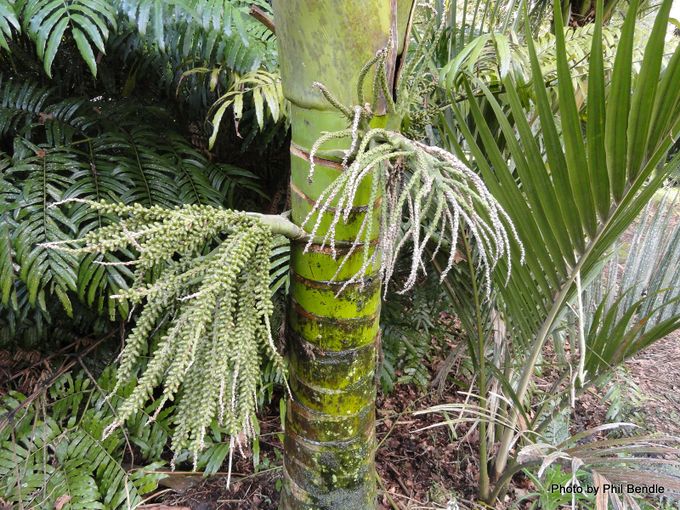 The ripe fruit of the Nikau. The fruit of this palm takes about 1 year to ripen.
The native pigeon and other birds feast on this fruit and disperse the seed.
(Click on photo to enlarge) 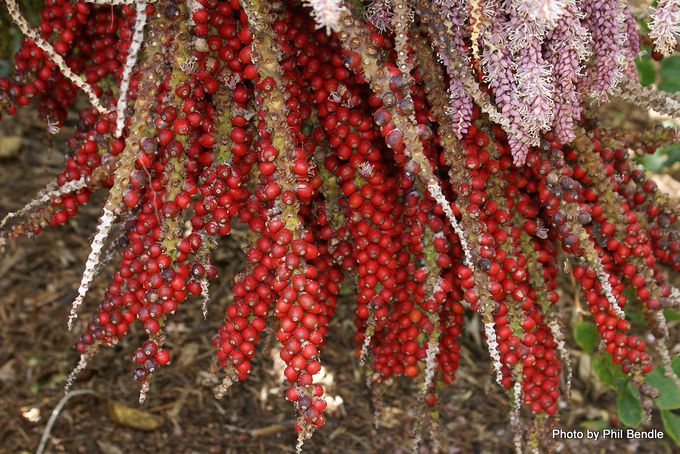