Racomitrium lanuginosum - This moss is a native plant in New Zealand and is widespread throughout New Zealand at high elevations but occasionally is found on exposed surfaces at sea level. The narrow overlapping leaves have fine tapering tips which give this moss a hairy appearance. The tapering leaf tips (hair points) have many fine marginal teeth. It grows to a height of 20 mm.

Racomitrium lanuginosum is a moss which survives desiccation during periods of no moisture. See video http://www.flickr.com/photos/[email protected]/6828826580/

Photographed on the Tongariro Alpine Crossing 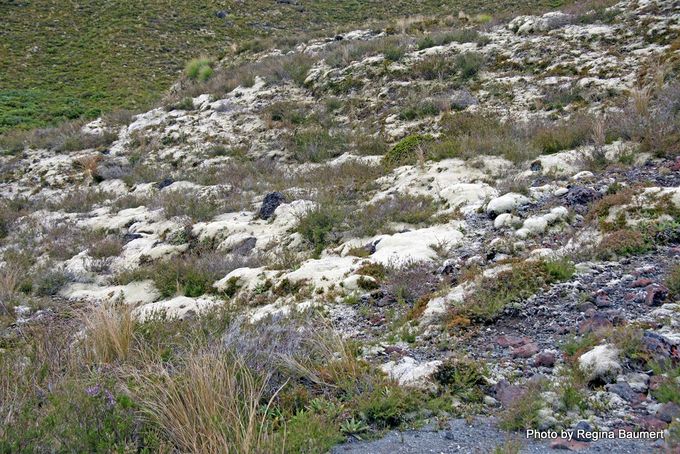 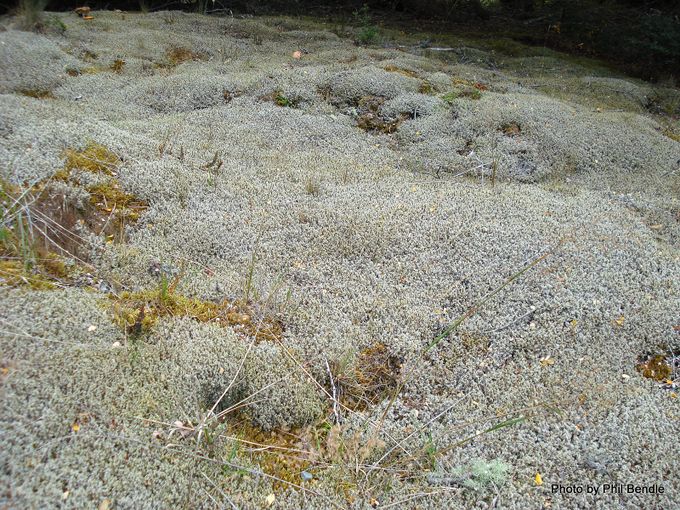 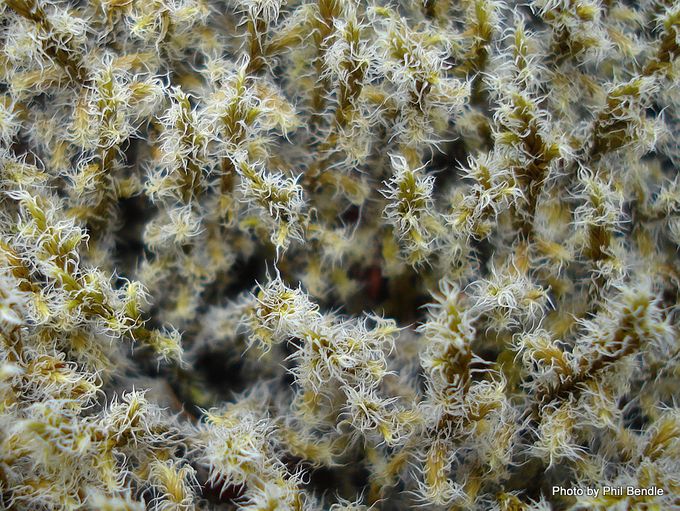 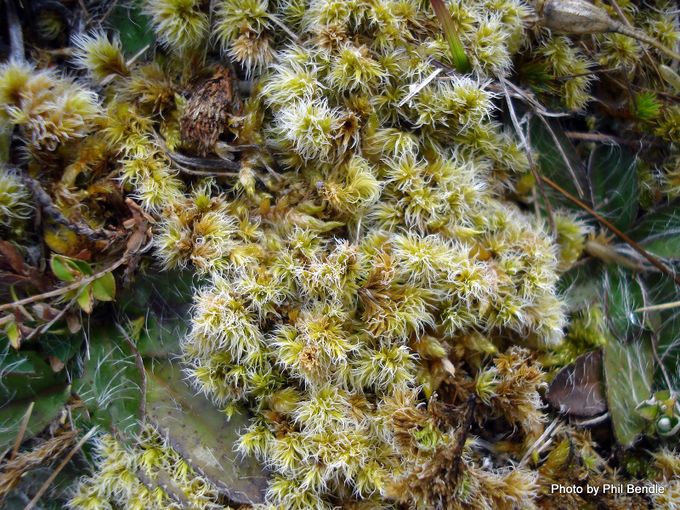 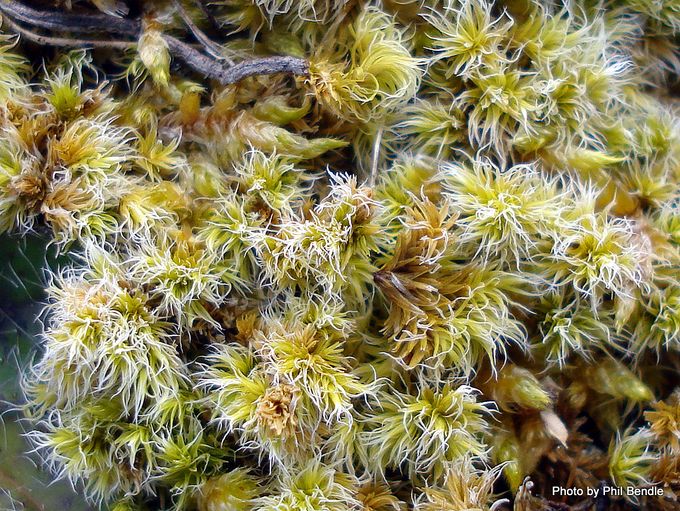