Metrosideros means "iron-hearted" (from the Greek metra = middle and sideros = iron referring to the hardness of the timber, robusta meaning stout, strong solid or firm. This is a tree up to 30 m tall or more. The trunk looks rather like that of a pohutukawa and is commonly up to 2 m in diameter.
The Northern rata often begins life as hemi-epiphyte from a windblown seed lodged in decaying humus and leaf litter accumulated in the branch and trunk hollows of a large old tree. The resultant adult rata tree can have a hollow trunk up to 4 m in diameter made up of interlocking roots which enclose the space left by the former host tree. Eventually, the roots all join up to form one single trunk. This takes considerable time and by this time the host tree will probably have died of old age, leaving a hollow on the inside of the rata trunk. The northern rata was known as the "strangler rata" for a long time because people thought that the rata squeezed the host tree to death. It may be that rata can only establish in trees that are already in decline. It could well be that the rata hastens the end of the host tree somewhat, after all the rata canopy shades out part of the host tree canopy, and the rata roots compete with the host tree roots for the same food and water.
The relatively thick leaves are flatter, thinner smaller than the pohutukawa and not furry underneath. The pattern etc of the veins on the matt light green underside of the leaves distinguishes the Northern rata from the Southern rata. Generally, in the Southern rata, only the main veins are seen, whereas in Northern rata copious net veins and margin veins are also visible. Both the upper and the lower surface of the Southern rata leaves are dotted with oil glands. The slight notch in the tip of the leaf of the Northern rata is also very characteristic.

The Northern rata flowers are bright red to dark-crimson and appear at the same time as pohutukawa flowers North of Auckland. Just like the pohutukawa, these flowers produce lots of nectar at the base of the flower which is very popular with birds and insects. The flowers of the rata are slightly smaller than the pohutukawa, there are fewer flowers per umbel (an umbrella-shaped group of flowers originating from a single stem), the yellow pollen is not as obvious as on pohutukawa flowers, and the cups that form the bases of the flowers are smooth and green (not covered with silvery fur like the pohutukawa).
The fruit is a woody capsule, up to about 6 mm across, which releases very fine hair like seeds when ripe.

Uses: The timber is reddish-brown, immensely tough, strong and hard. The wood is often much distorted because of the way that the tree grows and hollow trees are common. Timber has been used for bridges, houses, furniture. The timber is also very popular with woodturners because of the beautiful but warped reddish grain; it can be very difficult to turn when it is dry though.
Juices from the Northern rata (and allied species) have been collected and drunk as a type of strengthening and astringent, but very wholesome, bush lemonade. Both Northern and Southern rata produce nectar that bees collect to make honey. It is very difficult to distinguish this honey as coming from Northern or Southern rata or from pohutukawa. The nectar was used for sore throats. The flowers and bark are used in a similar way to pohutukawa. A lotion made from the bark was used for ringworm, aches, pains and wounds.

A decoction made by boiling pieces of bark in water was said to be an old-time lotion for wounds. The bark was crushed, steeped and boiled and the liquid applied externally to bruises and taken internally for colds. The young leaves were chewed for a toothache.

A rata vine on a dead Rimu (host tree) photographed adjacent to Mt Egmont/Taranaki Reserve, South Taranaki. The rata starts as an epiphyte on the host tree. It then grows down the trunk till it reaches the ground where it sends out roots. In time the host tree dies. 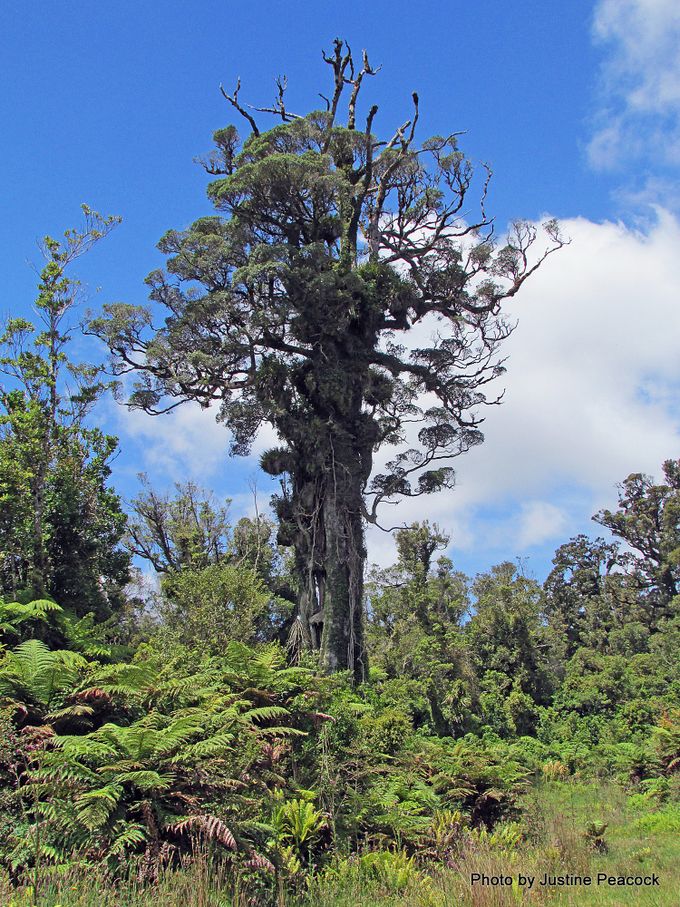 The vine in the above photo. The remnants of the dead host tree can be seen inside. 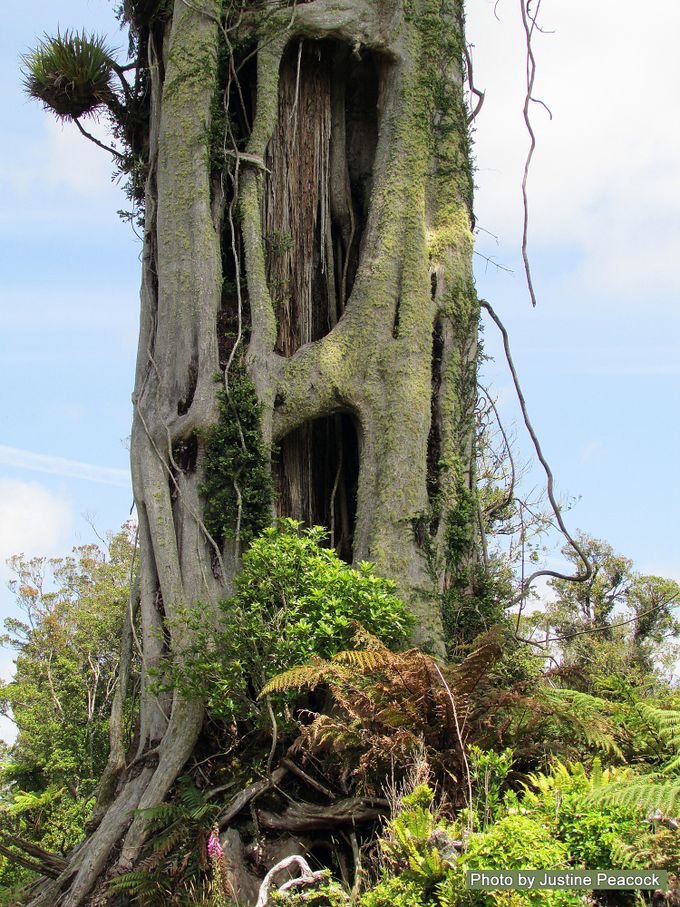 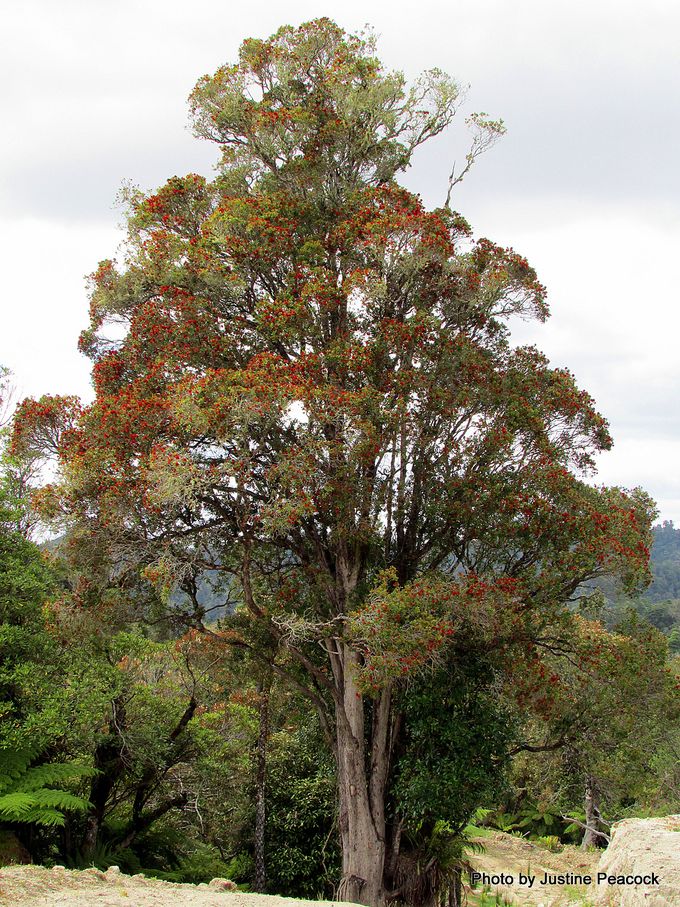 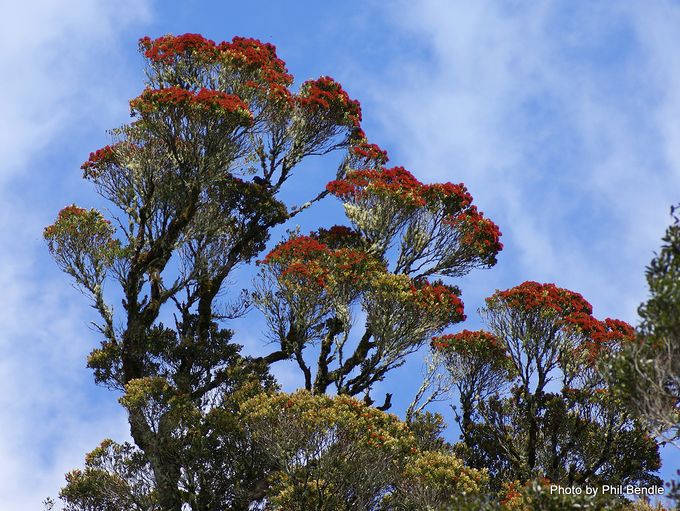 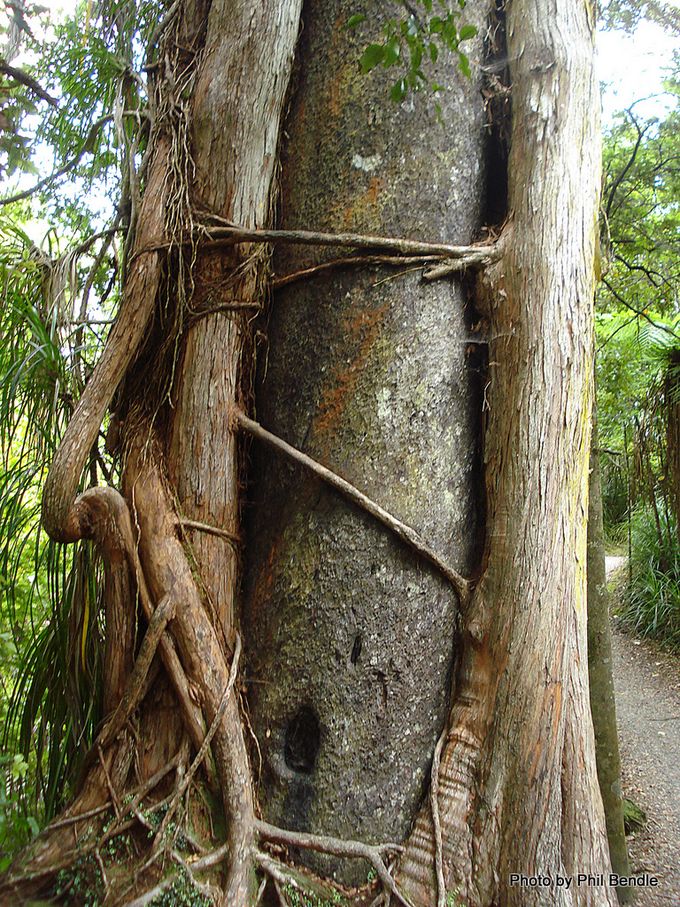 Looking up the Metrosideros robusta vine on a Matai tree 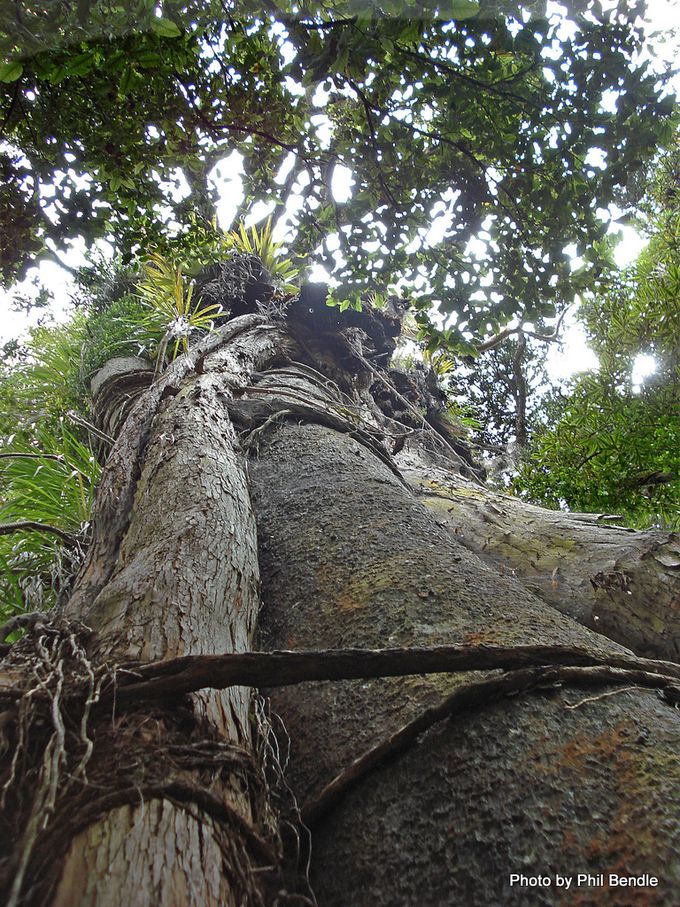 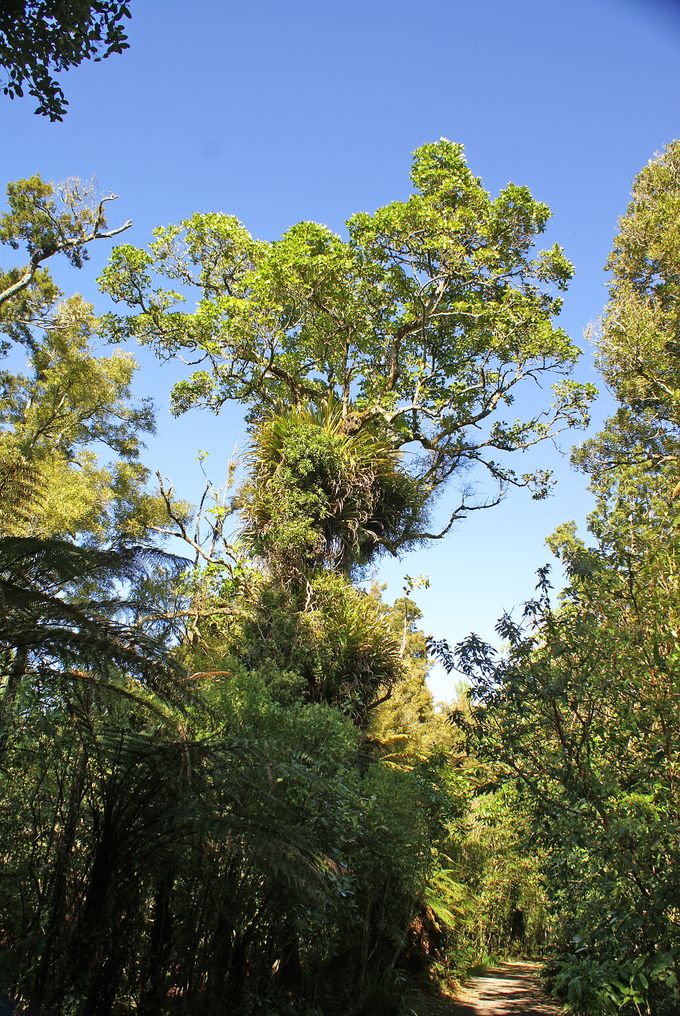