Harmonia axyridis is a round to oval, domes shaped, brightly coloured beetle (5 - 8 mm in length) with a highly variable colouration and patterning. There have been over 100 different colour forms reported worldwide. Its colour ranges from yellow-orange to black, and the number of spots between none and 22. Harmonia axyridis bright colouration serves as a warning to predators that it is distasteful. If attacked, the harlequin ladybird secretes a yellowish substance known as ‘reflex blood’, which contains distasteful toxins and smells unpleasant.

It has hard, colourful elytra (forewings), which cover the abdomen. Its legs are short and can be retracted beneath the body, and its antennae are short with clubbed ends. The larva is grub-like, around two to ten millimetres in length and is covered in branched spines. Its body is largely black, but in older larvae, each side of the body bears an orange, ‘L’ shaped mark and there are four orange spines towards the rear.

Harmonia axyridis is an invasive species originally from eastern Asia where it occurs from central Siberia, the Altai Mountains and the Himalayas east to China, Mongolia, Japan and the Korean Peninsula. It was introduced to many countries as a biological control agent. It this country it has spread rapidly and now has a negative impact on native fauna. It is now spreading through New Zealand.
Harmonia axyridis is regarded as a pest in vineyards, as it is difficult to remove it from the grapes during processing and it’s foul-tasting chemical defence toxins taints the wine. In addition to aphids, the harlequin ladybird also eats a range of other insects, including scale insects, the eggs and larvae of butterflies and moths, and even other ladybirds. Pollen, nectar, fruit juices and honeydew are also consumed.
It is a voracious aphid predator and can eat up to 370 aphids during its larval period and over 5,000 in its adult lifetime.

The life cycle of the harlequin ladybird involves an egg, larval, pupal and adult stage. Each female harlequin ladybird can produce around 1,000 to 2,000 or so eggs in its lifetime, usually laying them in batches of about 10 to 30 per day. The eggs are oval-shaped and are pale yellow when laid, later turning darker yellow before becoming grey-black just before hatching. The time taken for the harlequin ladybird’s eggs and larvae to develop depends on a number of factors, including temperature and diet. In temperate regions, the eggs usually hatch after around four to five days and the larvae take about three weeks to develop, shedding their skins four times during this period. The harlequin ladybird’s pupal stage lasts about one week.
The adults of this species like other ladybird species spend the winter in a dormant state, often overwintering in large aggregations in dark, concealed locations, including buildings. Adults usually live for about a year and are reproductively active for around three months of this. Unlike many other ladybird species, which require a period of winter dormancy before they can breed and have only one generation each year Harmonia axyridis often has two generations in a year. In some areas with longer warm seasons, it may even have as many as four or five generations.

This ladybird is highly variable in colouration and patterning.as can be seen in the photos below. 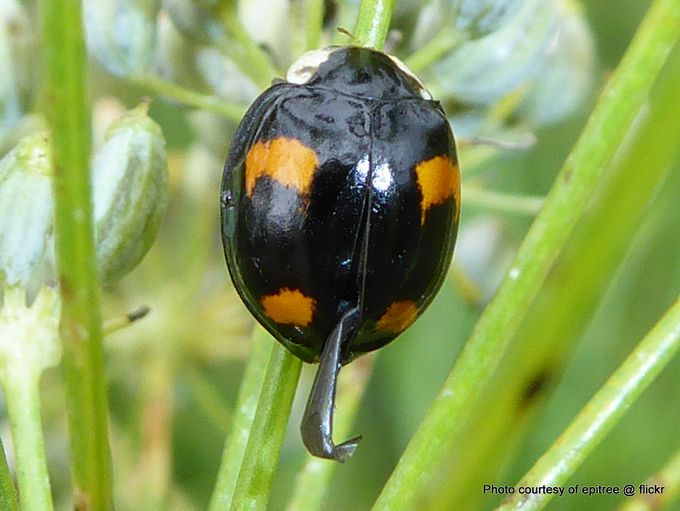 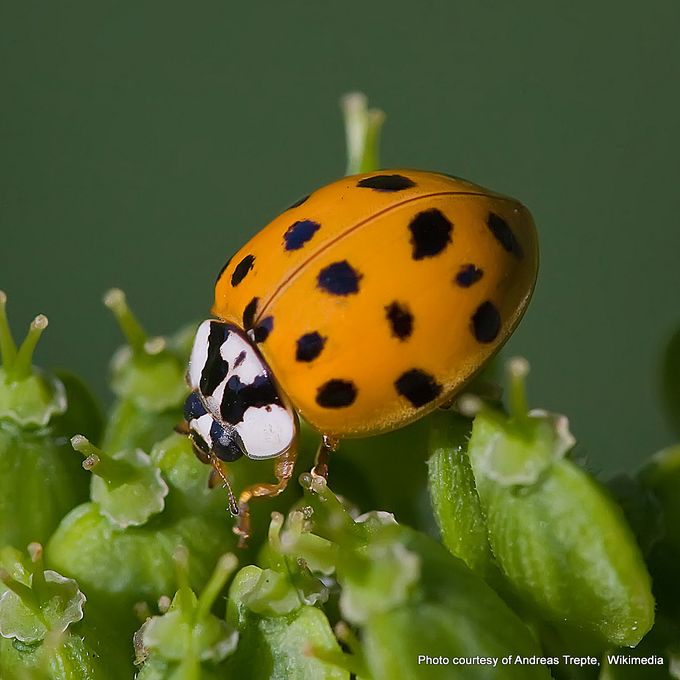 Harlequin ladybirds spend winter in a dormant state, overwintering in large aggregations in dark, concealed locations, Photographed in the rural Morrinsville in the Waikato hidden between 2 stacked hitches. 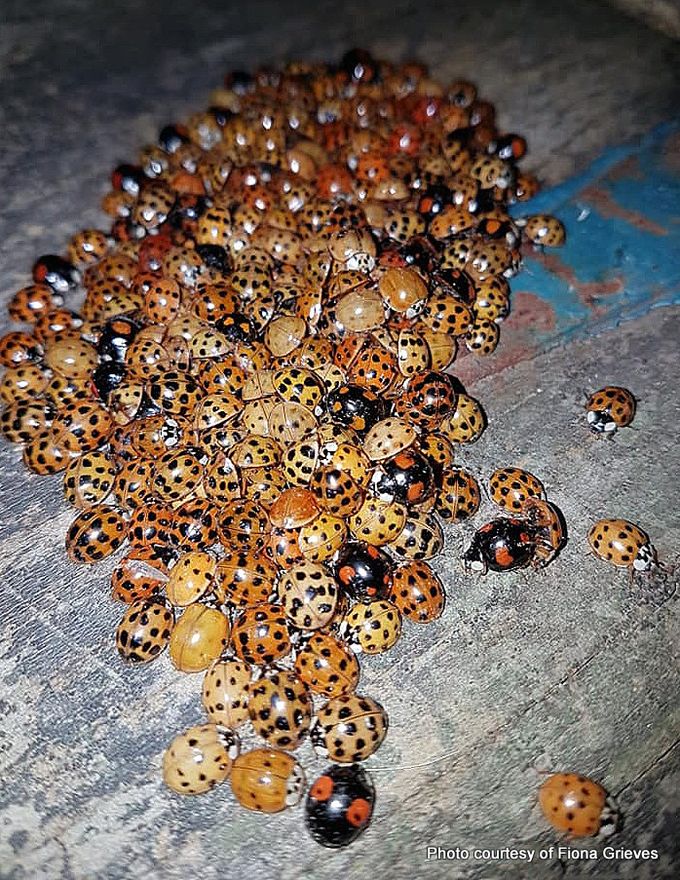 Some of the 100 different colour forms reported worldwide. 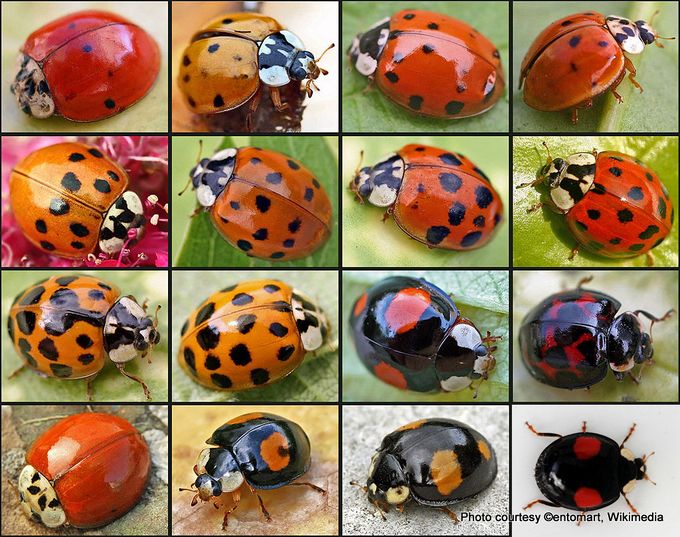 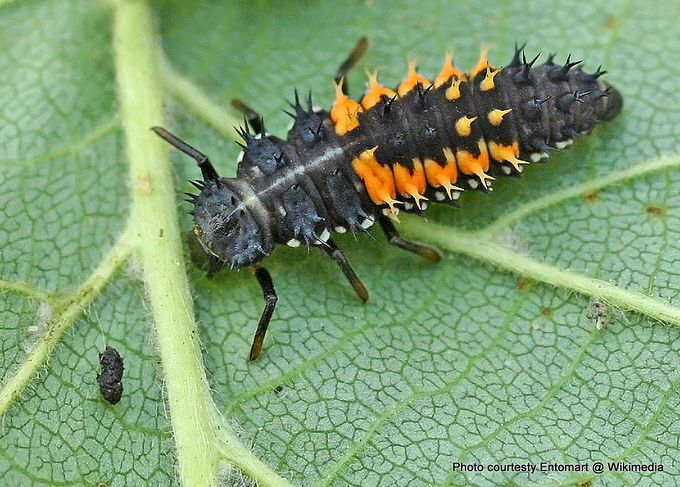