The Rewarewa is of the family Proteaceae. It's a broadleaf forest tree which grows to heights of up to 28 meters with trunks up to 1 meter in diameter. It is an attractive tree distinguished from a distance by its ascending branches. It occurs in lowland and montane forests from near the North Cape to about the Marlborough Sounds.
It has finely textured bark.
The leaves of juvenile plants are linear-lanceolate (broad, but tapering to a point at both ends, like the blade of a lance), toothed, up to 30cm. long. Those on older saplings and trees are 15 cm. long, narrow-oblong and coarsely toothed. It has in October November deep red flowers on 10cm long flower branches with dense flower clusters, the individual flowers look like coiled spirals. It is a preferred food of possums The fruit is woody and pod-like (up to 4cm long) splitting into two halves to release wind dispersed winged seeds. The winged seed similar in shape and size to Kauri seeds. Its reddish-brown wood is dense and strong but not at all durable. It is ornately marked by large medullary rays which show when the wood is cut along the radius giving it a speckled look. It is a showy ornamental wood but at present is out of fashion and is little used in furnishings and inlay work. Rewarewa regenerates strongly under suitable conditions and offers promise under management. 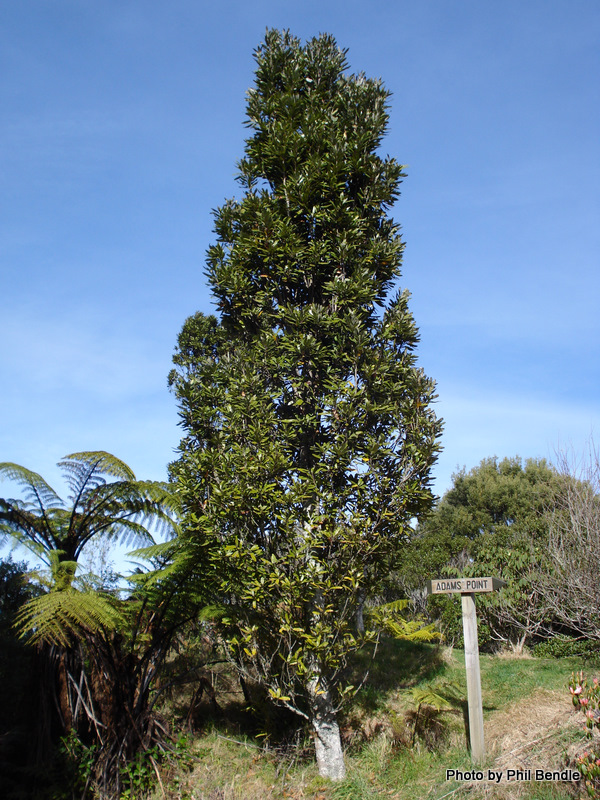 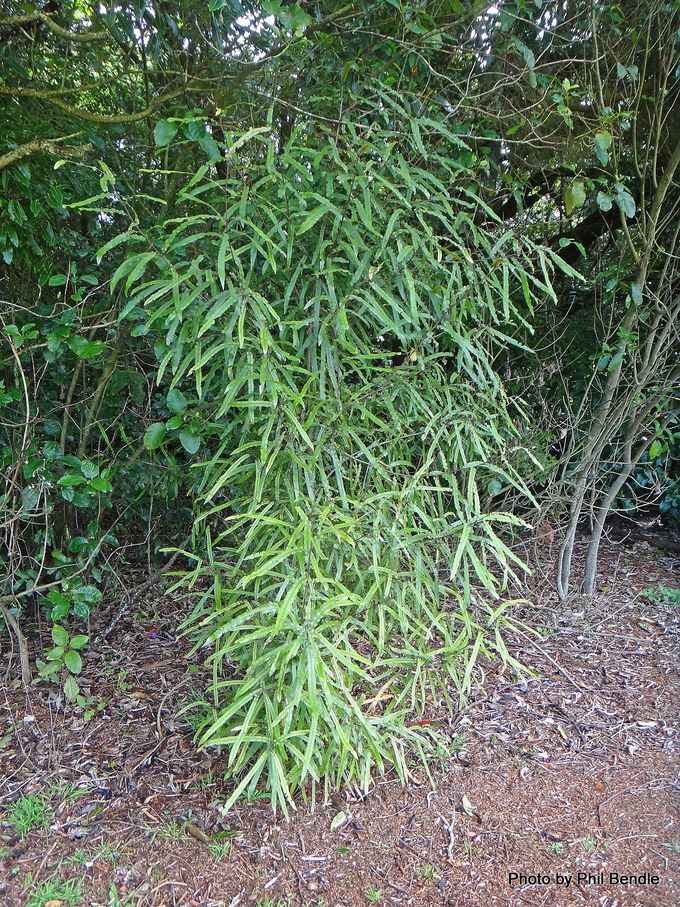 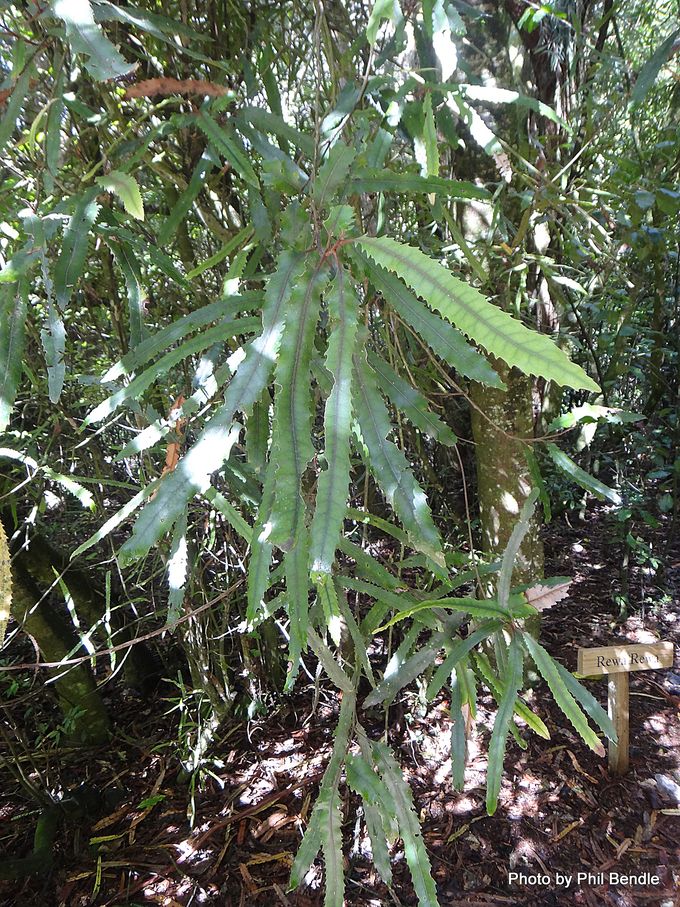 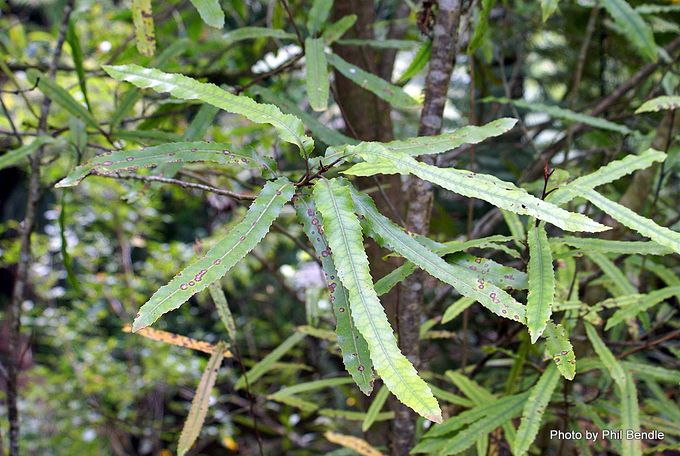 A juvenile on forest floor 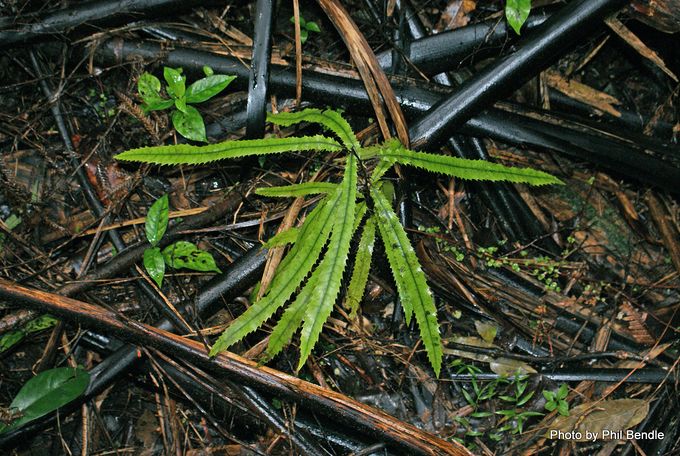 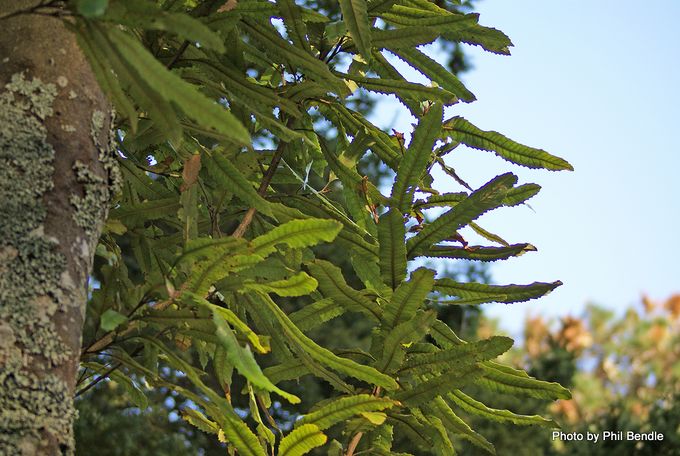 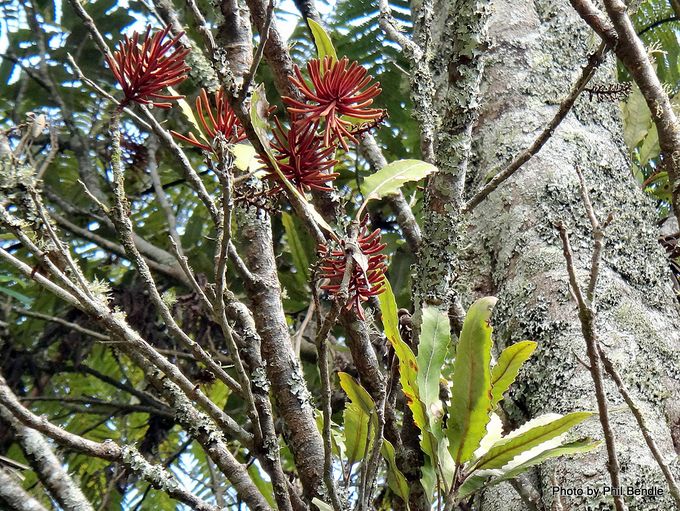 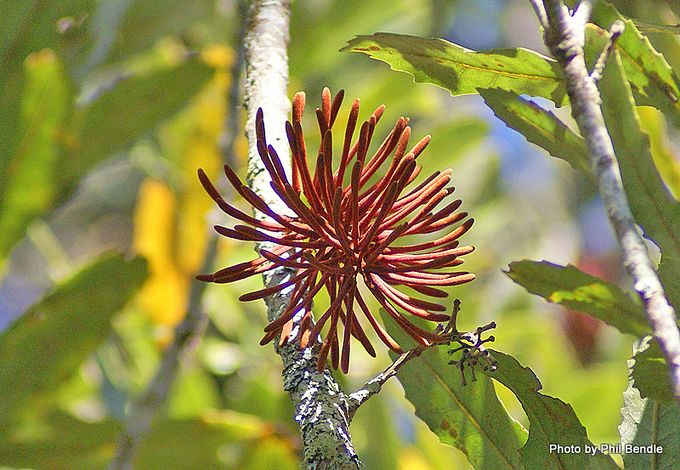 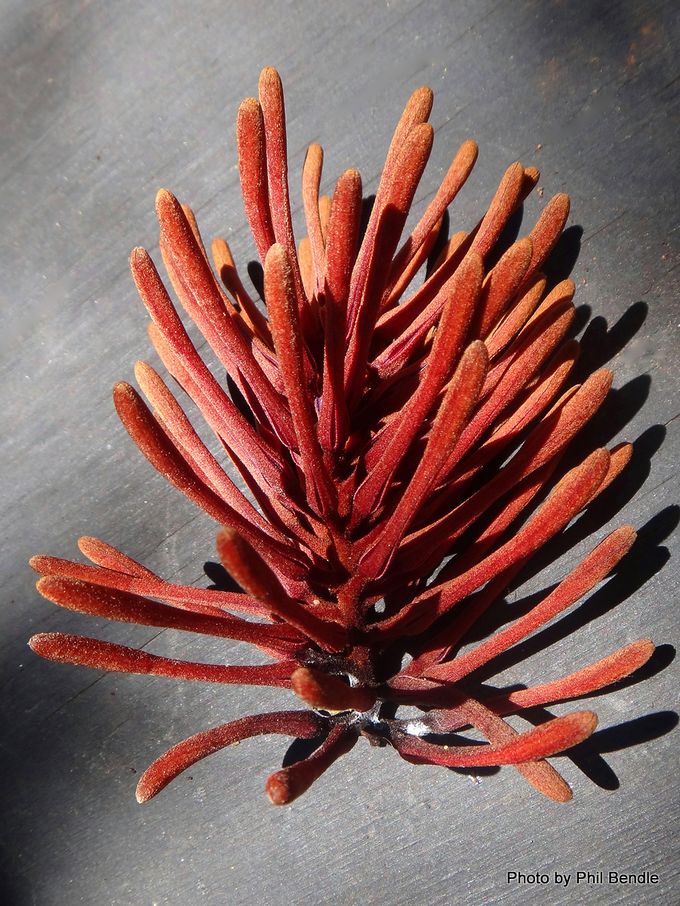 A photo of a Knightia excelsa 10 cm long. A raceme can comprise up to 80 individual flowers. The dark red flowers have four parts, called corolla lobes, and, as the buds open, the individual lobes separate and coil back tightly to form a tangled mass around the base of the flowers.  The green-tipped pistils (the sexual part of the flower) are then left pointing outward, where they are pollinated largely by bees and birds such as tūī, korimako (bellbird) and tauhou (waxeye), which seek the nectar from the flowers. 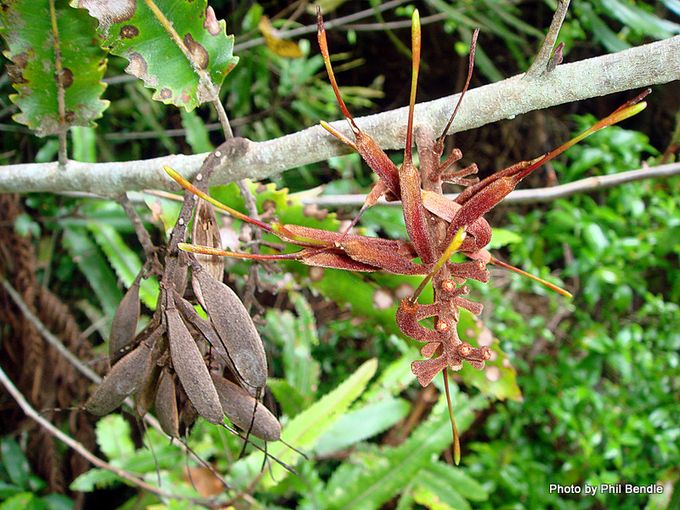 Close up of the flower, 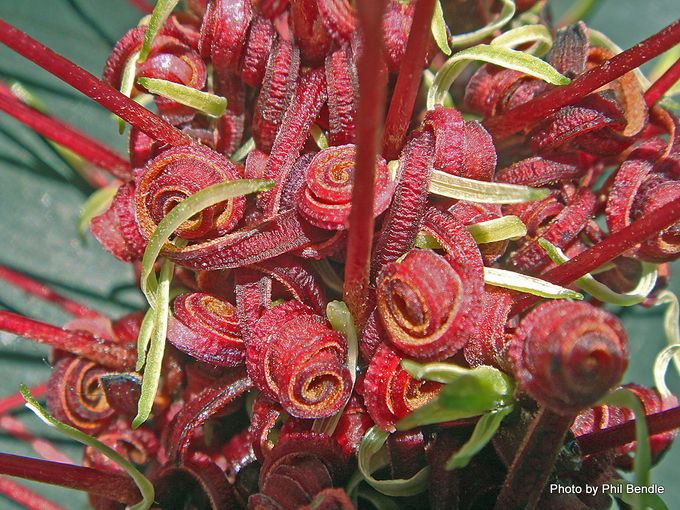 A trunk of a mature NZ Honeysuckle 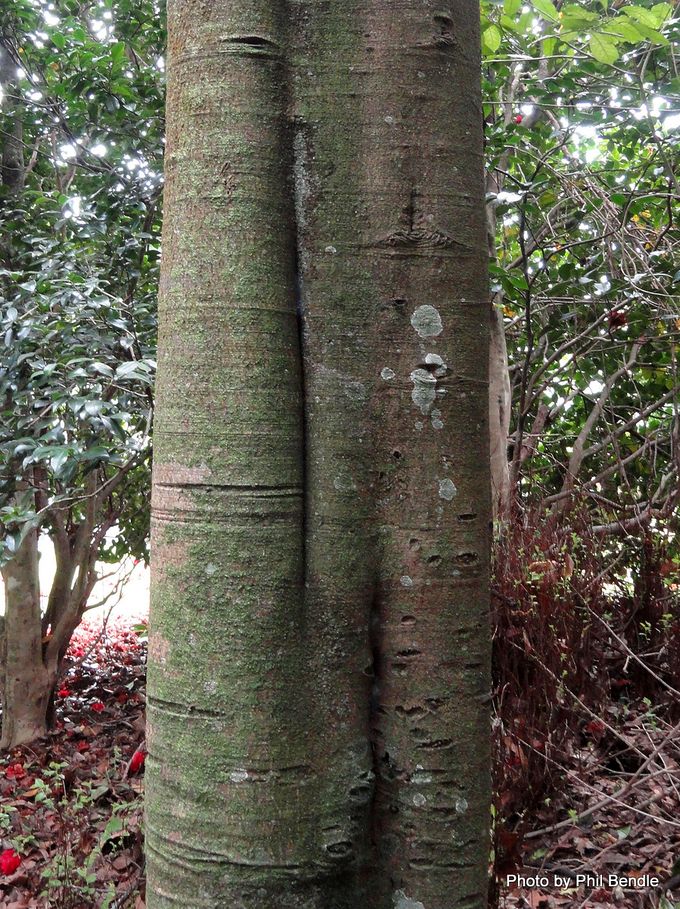