Ficinia nodosa is a perennial rush has clumps of dark green stems on long creeping rhizomes and is native to Australia and New Zealand. In New Zealand, it is indigenous to the Kermadec, Three Kings, North, South, Stewart and Chatham Islands.
It grows to between 15 and 100 cm in height. The stems are cylindrical - usually with a slight tapering at both ends, smooth-surfaced and approximately 1.5-3 mm thick. It grows to a height of 30-90 cm. The flower has a dense rounded form, 7-20 mm in diameter, with a sharp pointed leaf end protruding past the flower head.
It flowers throughout the year. It is found growing in most coastal areas but occasional extending into montane areas (up to 700 m .a. s. l.). It grows in a wide range of habitats but favouring open situations, commonly on sand areas, especially on sand dunes, sandy beaches and at the back of estuaries. It sometimes colonises sandstone, limestone of volcanic rock outcrops in lowland forest but is rarely found in tussock grassland.
It is useful for the revegetation of coastal wetlands. 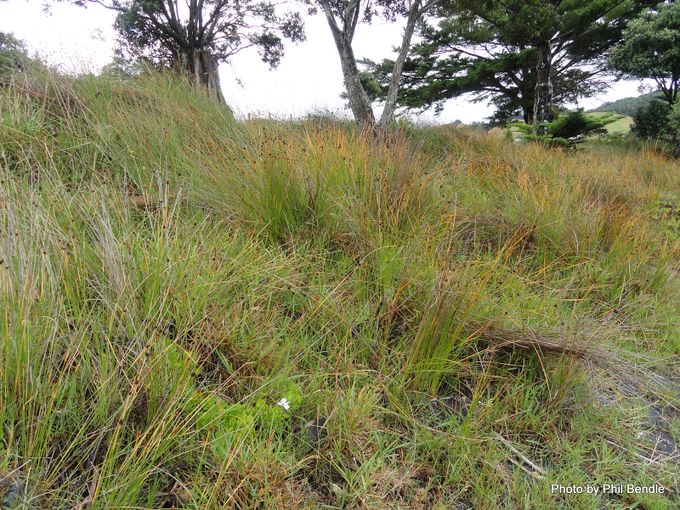 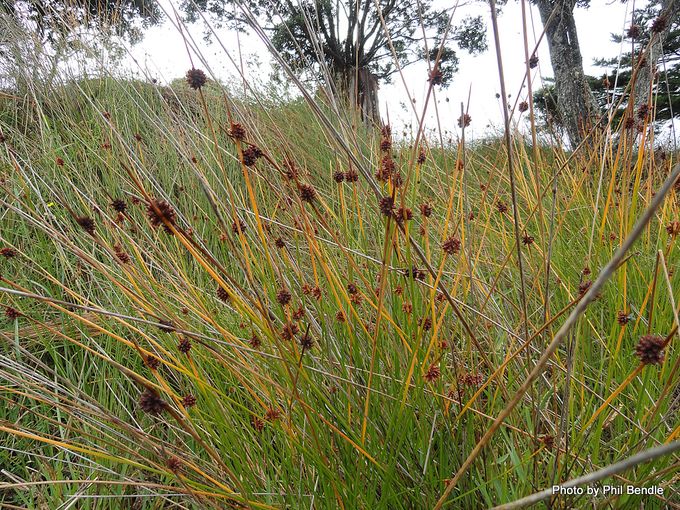 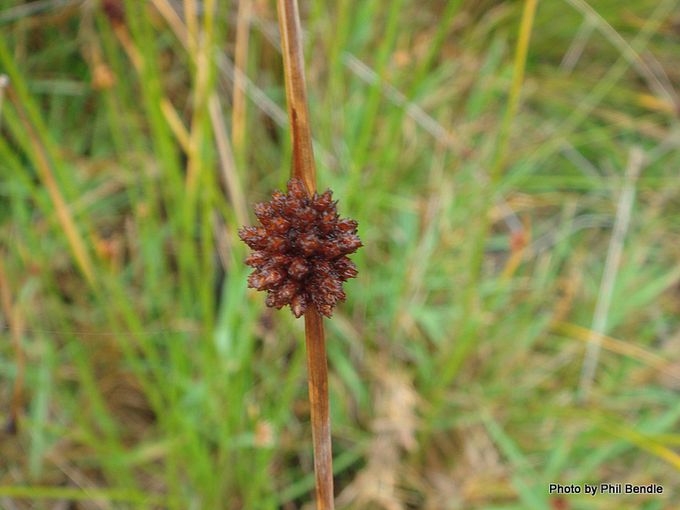 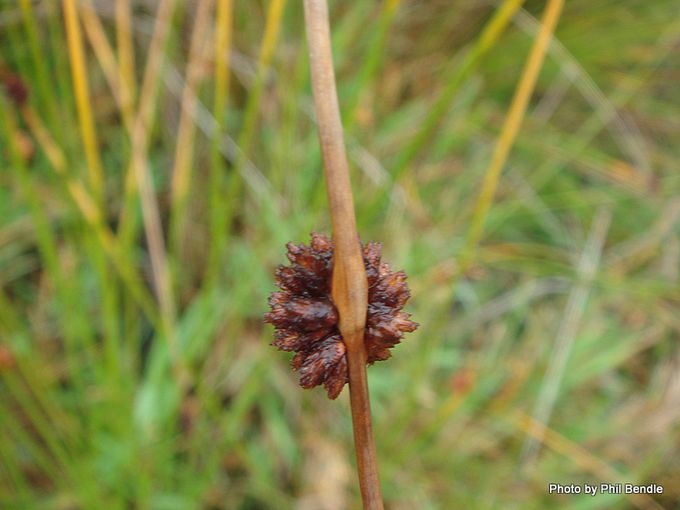