Steatoda grossa is a cosmopolitan species found in many parts of the world. The female S. grossa is 6-10.5 mm in length and dark coloured with a round, bulbous abdomen. Typical colouration ranges from reddish brown to black, with light-coloured markings. Unlike black widows, redbacks, and other Latrodectus species, S. grossa does not have a bright red hourglass pattern or any other bright markings. Like many spiders, the male is sometimes smaller but can many times be nearly as long as the females. It measures 4.1-10.0 mm in length and is thinner than the female. The two sexes are coloured similarly; however, the sexually mature male almost always has lighter, more reddish-coloured legs than the female. S. grossa spiders may shed up to six times (instars) before reaching maturity. They can go several months without feeding, provided they have access to water. A well-fed female can lay three or more egg sacs each year. Each egg sac typically contains between 40-100 eggs. The mother can often be observed watching her eggs for hours, even days, at a time once the eggs start changing colour and grow close to hatching. At normal household temp/humidity, an egg will usually hatch within a month of being laid. The spiderlings are independent at the time of hatching
Female S. grossa spiders can live up to six years; the typical lifespan for the male is 1-1.5 years. Males often die shortly after mating.
S. grossa constructs a cobweb, i.e. an irregular tangle of sticky silken fibres. As with other web-weavers, these spiders have very poor eyesight and depend mostly on vibrations reaching them through their webs to orient themselves to prey or warn them of larger animals that could pose a danger. They are not aggressive, and most injuries to humans are due to defensive bites delivered when a spider gets unintentionally squeezed or pinched. It is possible that some bites may result when a spider mistakes a finger thrust into its web for its normal prey, but ordinarily, intrusion by any large creature will cause these spiders to flee. 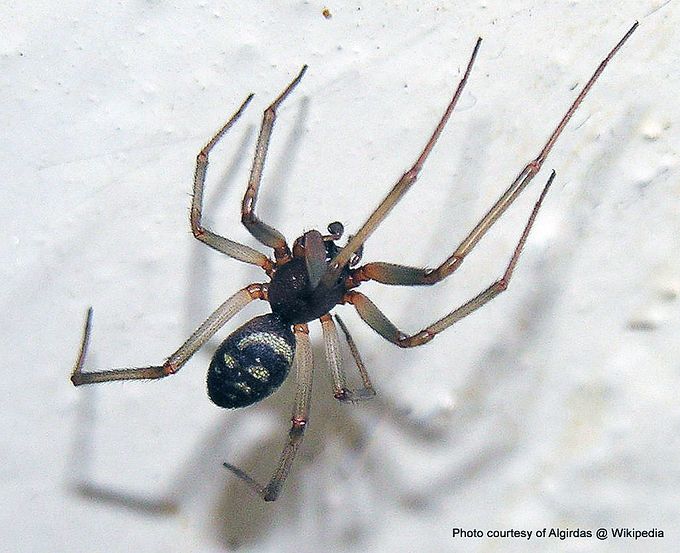 The photos below are females. 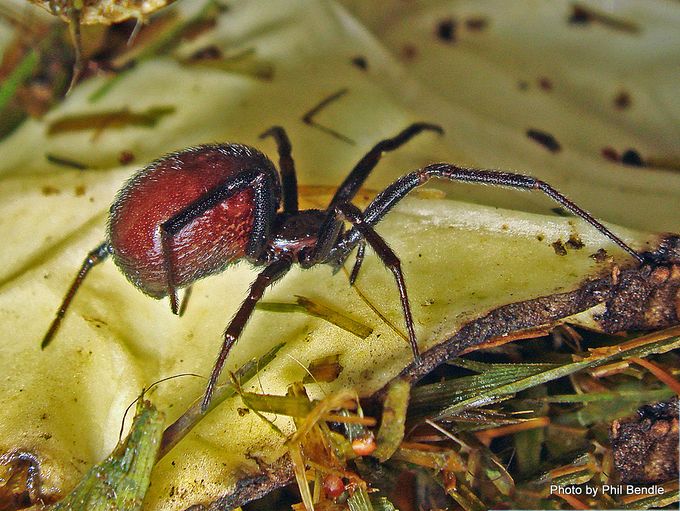 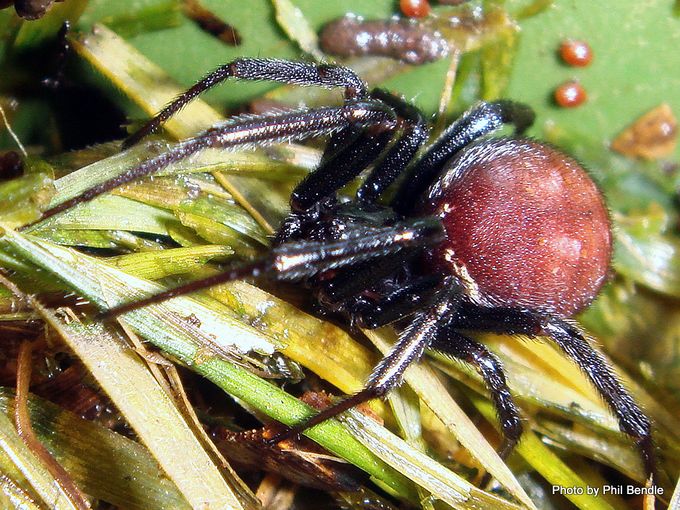 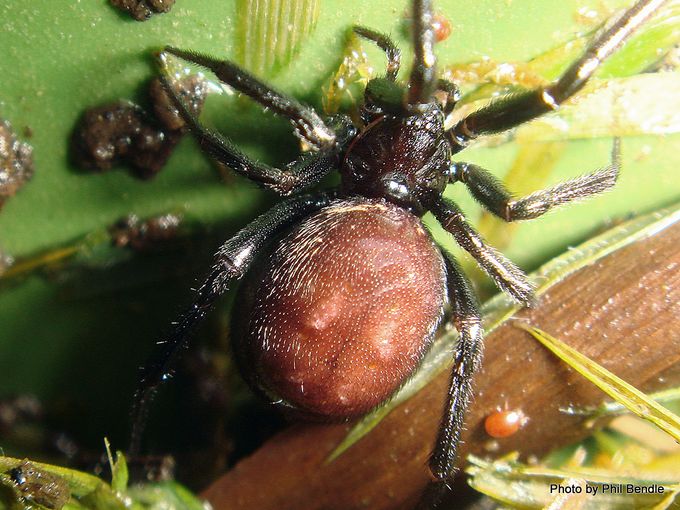