Charadrius obscurusis is the largest bird of its genus (25 cm. weight 130 -170g) and is an endangered species found only in certain areas of New Zealand. There are two subspecies, C. o. obscurus only on Stewart Island and C. o. aquilonius at the northerly end of the North Island this includes Auckland and the Coromandel.
They are shorebirds and are usually found on sandy beaches and sandspits or feeding on tidal estuaries. Around 1990 these birds were nearing extinction with about 1300 northern dotterels and approximately 75 or so southern dotterels but conservation measures have been effective in raising these numbers to 1700 and 250 respectively by 2005.
Charadrius obscurus can be recognised by its predominantly grey-brown upperparts and off-white underparts which become flushed with rusty-orange during the breeding season. Males can be distinguished from females by having a slightly redder breast for much of the year. They have a prominent head, large dark-brown eyes and a strong black bill. The feathers of the back are striped with paler patches throughout and this cryptic colouration camouflages the bird against its environment. Their distinctive ‘chip-chip’ call is often heard before the birds are seen.
Eggs are laid in the spring and summer on beaches above the high tide mark. The nest is just a shallow hole dug in the ground. The chicks hatch about 28 days after the eggs have been laid. Because the nests are on the ground, chicks can walk the day they hatch and can usually fly within 6–8 weeks.

Causes of their decline.
The extinction of the New Zealand dotterel on the South Island was primarily caused by introduced predators, with the principle predators being hedgehogs, stoats, weasels, gulls, hawks, rats, cats and dogs. Feral cats and rats remain the greatest threat on the North Island birds.  Wid pigs are a predator on Cape  Reinga's birds.
Habitat loss and human disturbance during breeding have also had a dramatic impact on populations and continue to pose serious threats. In particular, housing, industrial and tourism developments on the North Island, combined with the encroachment of dune-stabilising weeds, have reduced habitat. Growing recreational use of the coastline is also set to increasingly impact on breeding, roosting and feeding habitats. Four-wheel drive vehicles, picnickers and dogs can trample and disturb nests or draw defensive adults away from incubating their eggs. Additionally, storms and very high tides can destroy nests. Very few young survive to fledging age. 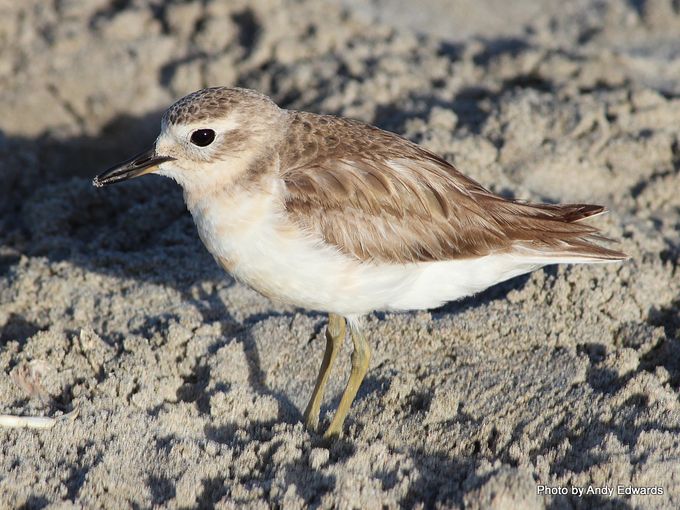 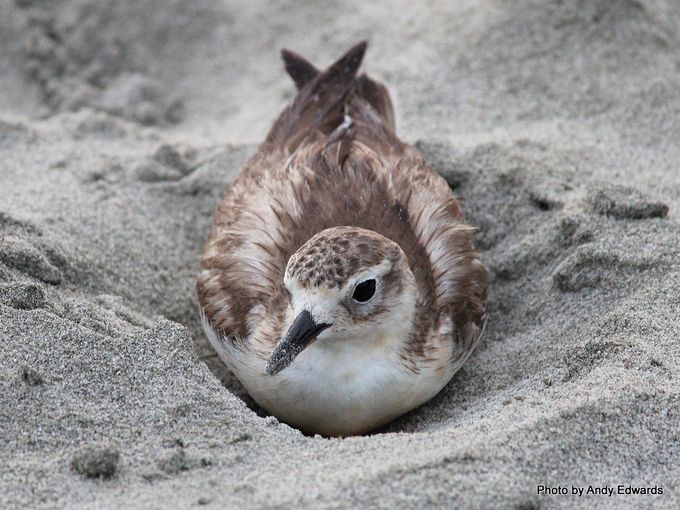 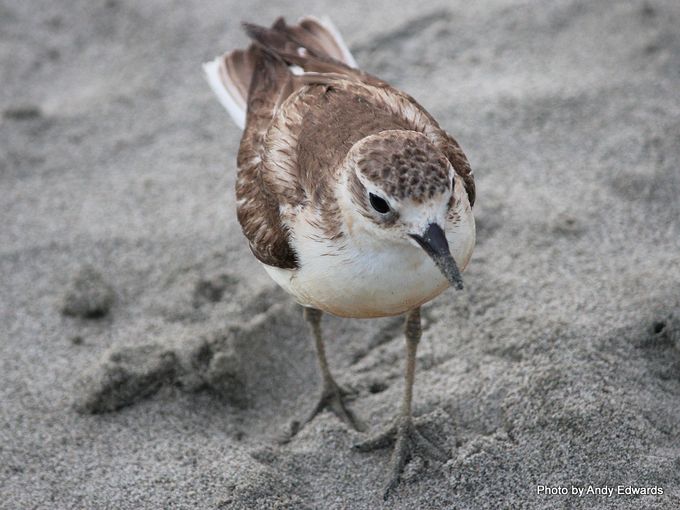