They are the oldest member of the ancient Podocarp family and have been around for more than 160 million years.  Kahikatea is sometimes called dinosaur trees because they existed alongside the dinosaurs during the Jurassic period.  They support whole ecosystems on their trunks and branches. A scientist once found 28 different plants living on one tree.  They love fertile swampy ground which is why the best Kahikatea forests are found on the wet West Coast.

Dacrycarpus dacrydioides is a coniferous tree endemic to New Zealand. The tree grows to a height of 55 m with a trunk exceeding one m in diameter and is buttressed at the base and lives for over 500 years. It is dominant in lowland forest and wetlands throughout the North and South Islands. The leaves are spirally arranged on young plants, they are awl-shaped 3 to 8 mm long and twisted at the base to lay spread to the sides of the shoot in a flat plane; on mature trees, they are scale-like, 1 to 3 mm long, and placed all around the shoot. The cones are highly modified with the cone scales swelling at maturity into an orange to red, fleshy aril with a single apical seed 3 to 5 mm in diameter. The seeds are dispersed by birds which eat the fleshy scale and pass the seeds in their droppings.
Before extensive logging trees of 80 m height were known and a specimen at Pirongia Forest Reserve is the tallest native tree in New Zealand at 80.1 m. Until recently the tree was more likely to be referred to by the misleading name "white pine" despite it is not being a pine

The Maori name kahikatea is now more widely used than kahika, katea, Like many other species in the family Podocarpaceae, the classification of kahikatea has changed over time, having also been placed in the genera Podocarpus and Nageia.


The wood was tough, easy to work but not durable in weather and prone to attack by wood-boring insects. Since the wood does not impart an odour and is clean and lightweight, Kahikatea was used to make boxes for the exporting of butter when the refrigerated export became feasible from Australia and New Zealand in the 1880s. The butter was exported in 56 lb slabs, and kahikatea became less common as the export industry grew. When treated it was used for scaffold planks, weatherboards, fascia boards, mouldings, window sashes, feature panelling and in boat building.

For Maori, the kahikatea had many uses. The fleshy aril or koroi was an important food resource and was served at feasts in great amounts. The constructed the waka (canoe) with it. Soot obtained from burning the heartwood supplied a pigment for traditional tattooing (ta moko). The wood was also favoured for making bird spears.
Nowadays Kahikatea along with other tree species in privately owned forests can only be harvested under a permit system and only if sustainable harvesting techniques are used. 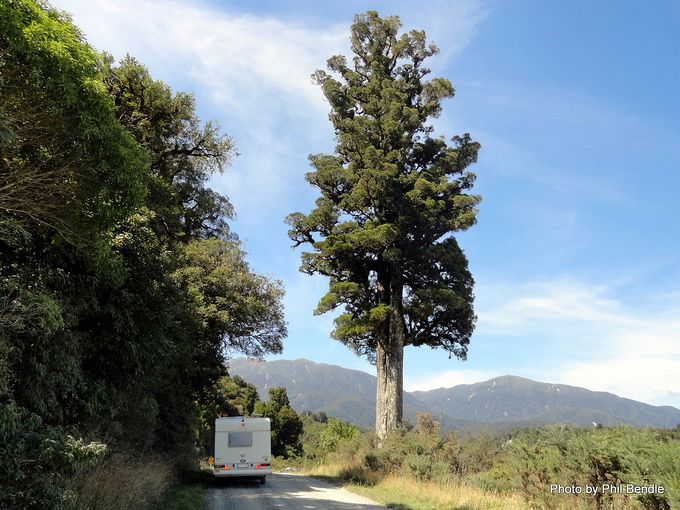 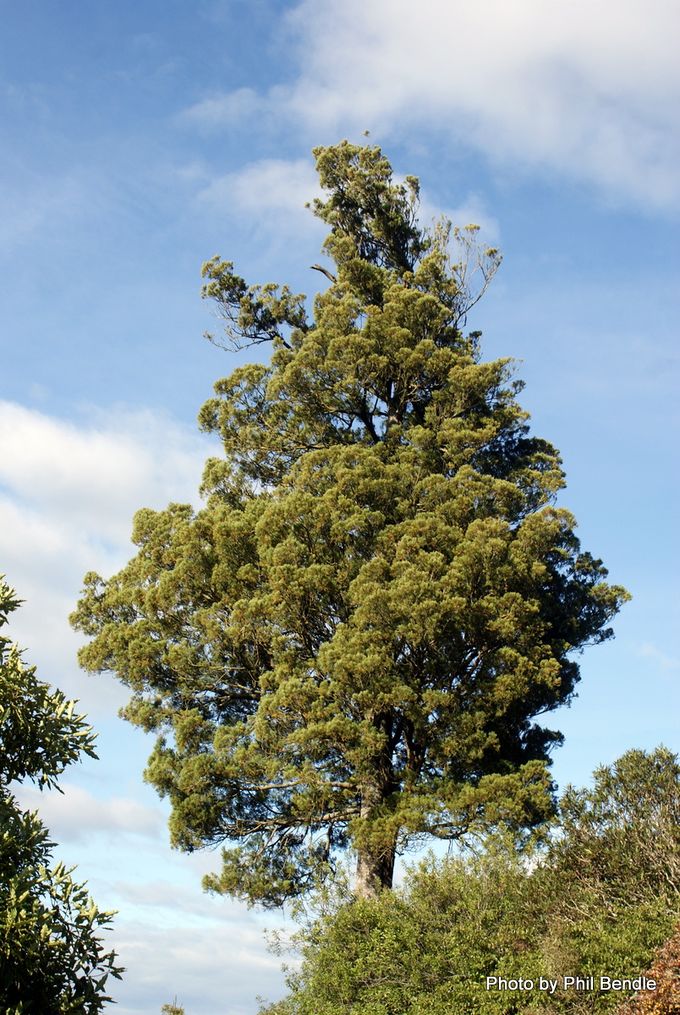 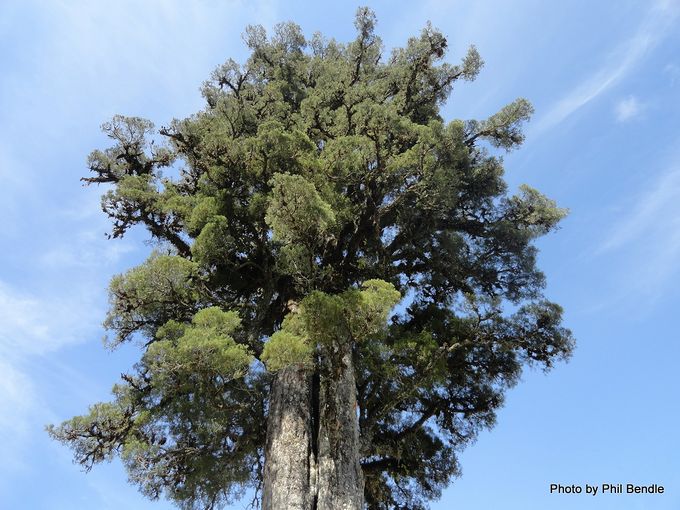 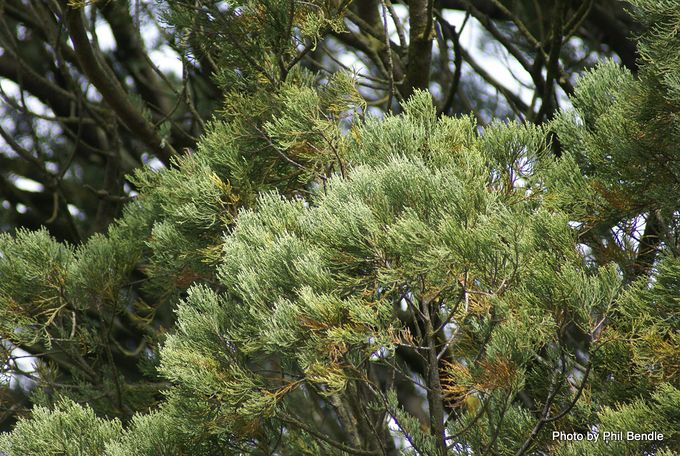 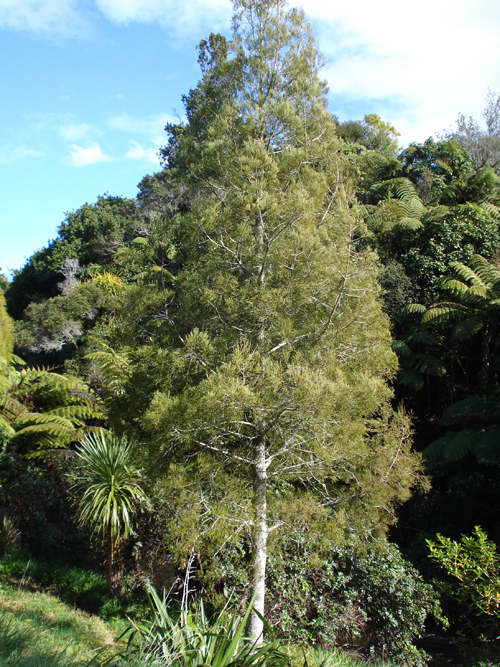 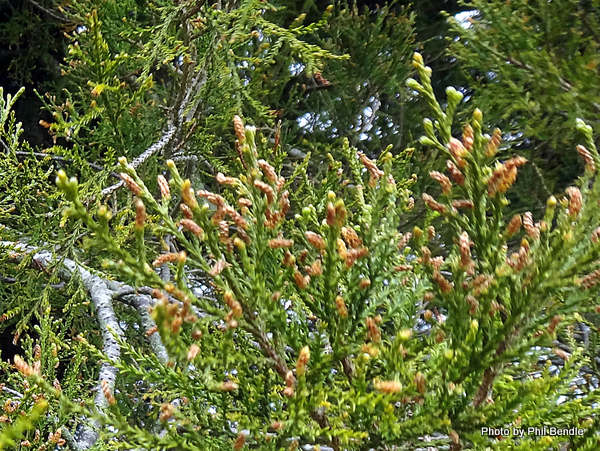 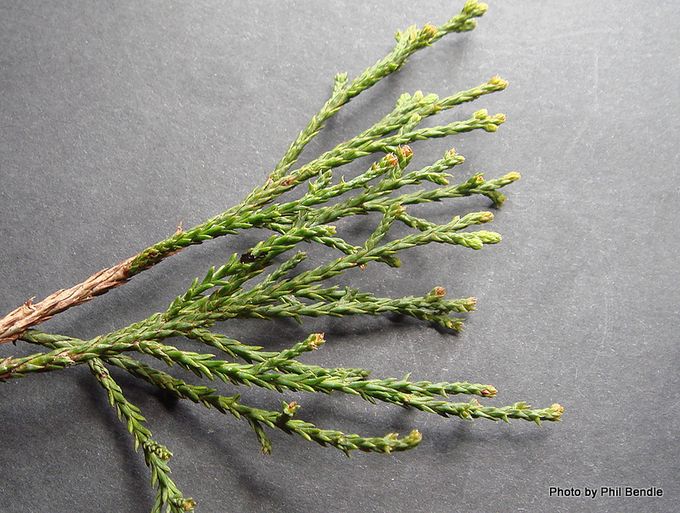 Photos of developing seed pods below 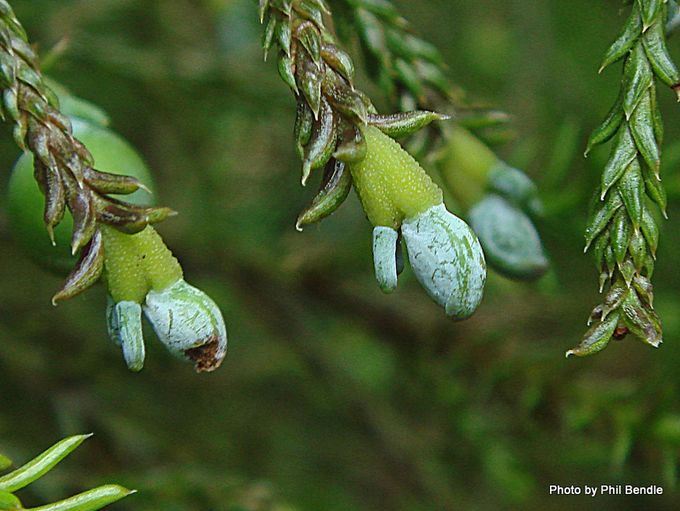 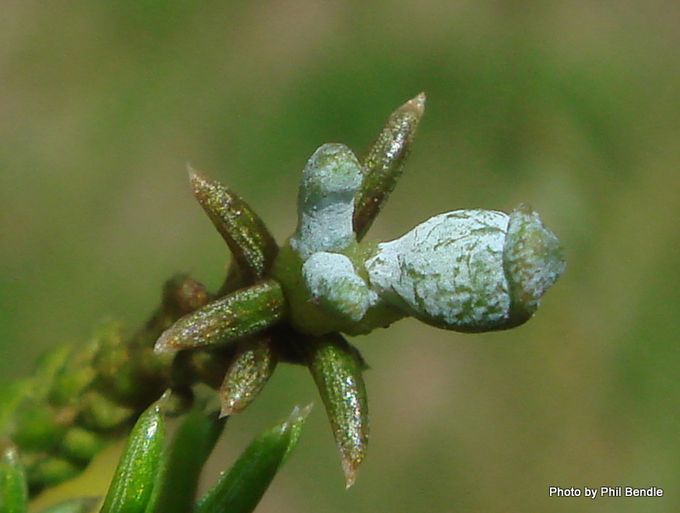 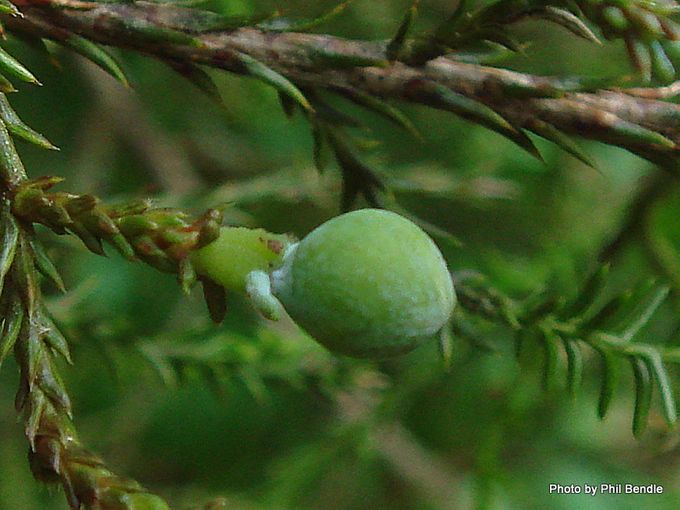 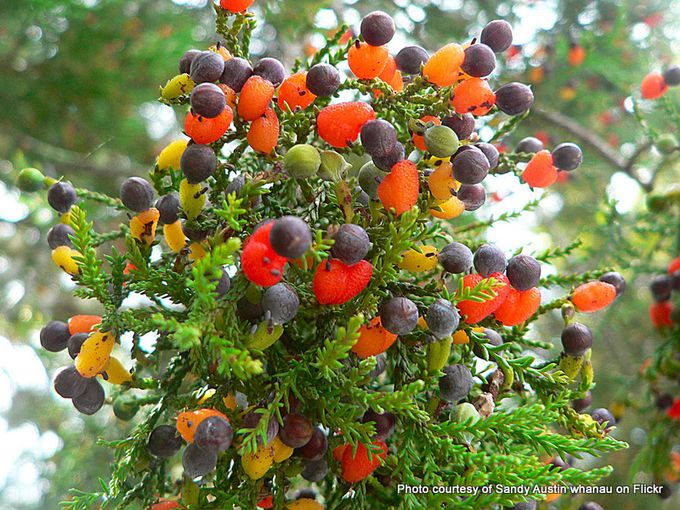 A mature trunk. Mature trees are buttressed at the base. 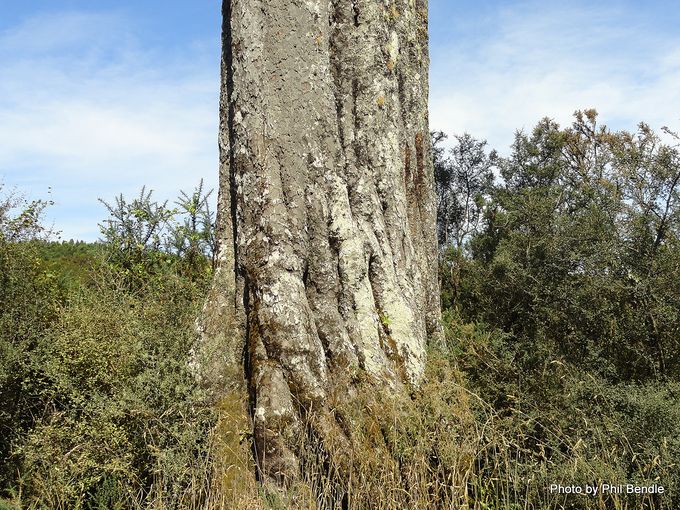 When fully grown it sheds large flakes of bark, leaving a wavy pattern on the trunk. 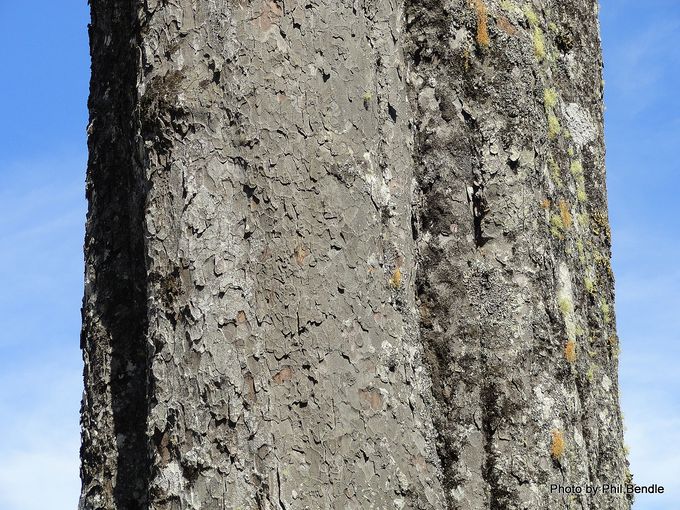 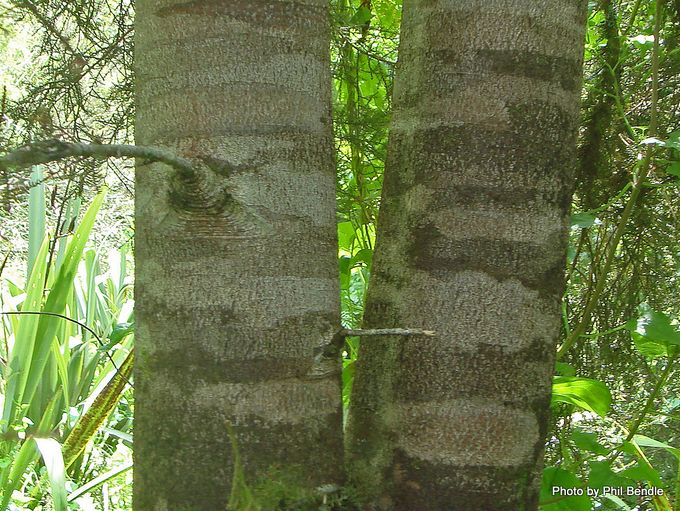