Cyperus eragrostis is a species of sedge  It is a green perennial grass with tall, erect triangular in cross-section stems, and long, thin, pointed leaves. Full grown plants are about 25–90cm tall (from the ground to seed head).Its flowers are in light yellow-green clusters within tough, rounded, greenish-yellow or beige spikelets. This species is originally native to the western United States but it has become naturalized across North America, Europe, and parts of South America, Australia and New Zealand. It can become a weed where it is introduced; it has been known to infest rice fields.  It reproduces by seeds and by rhizomes.
Cyperus eragrostis It is classed by the Department of Conservation as a Class C invasive weed,  meaning it is potentially troublesome and should not be spread around and to remove small infestations. 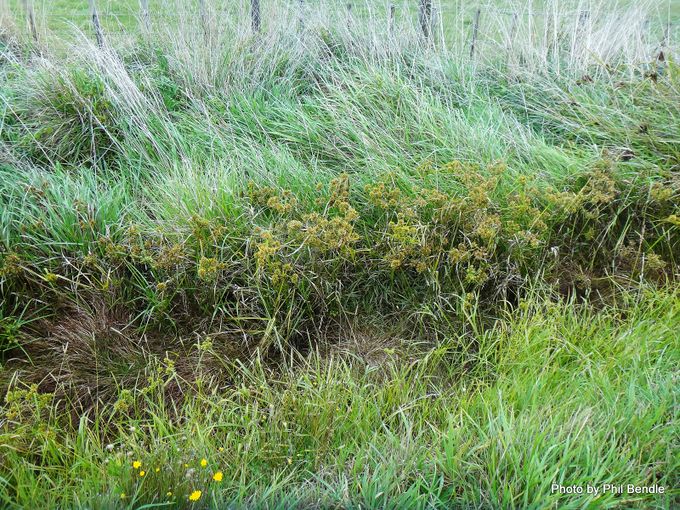 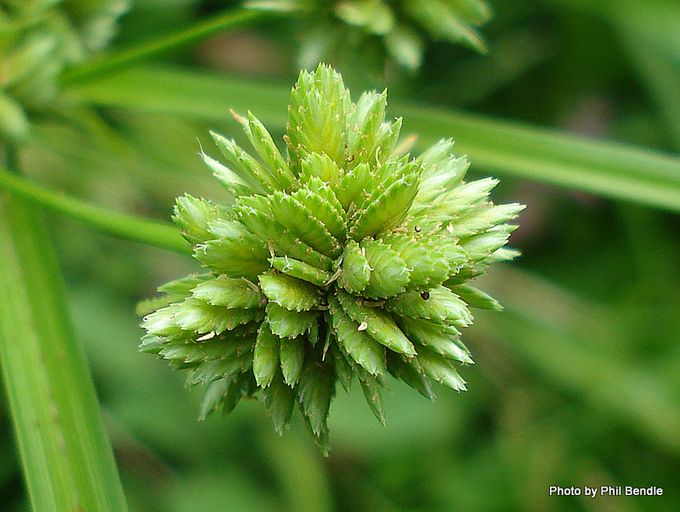 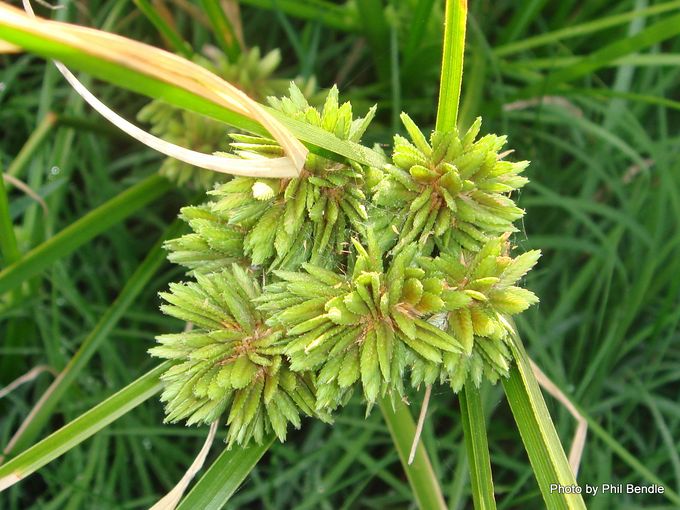 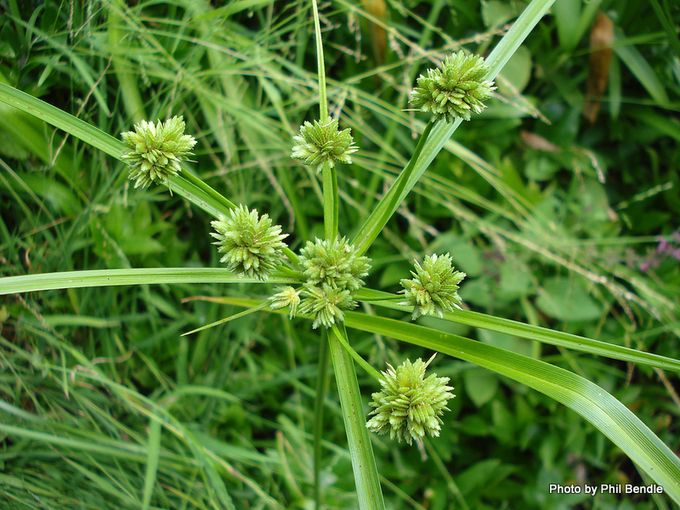 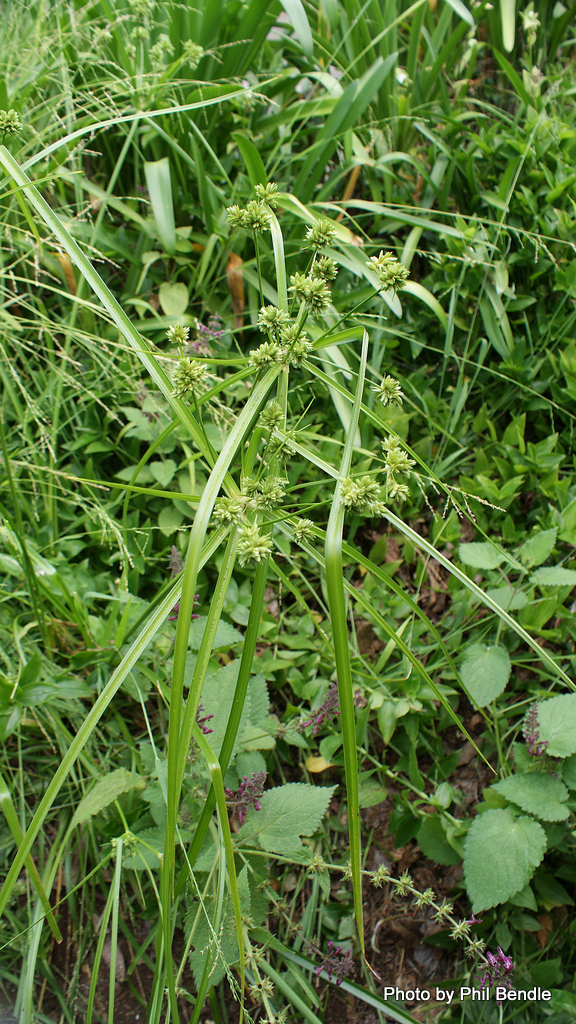 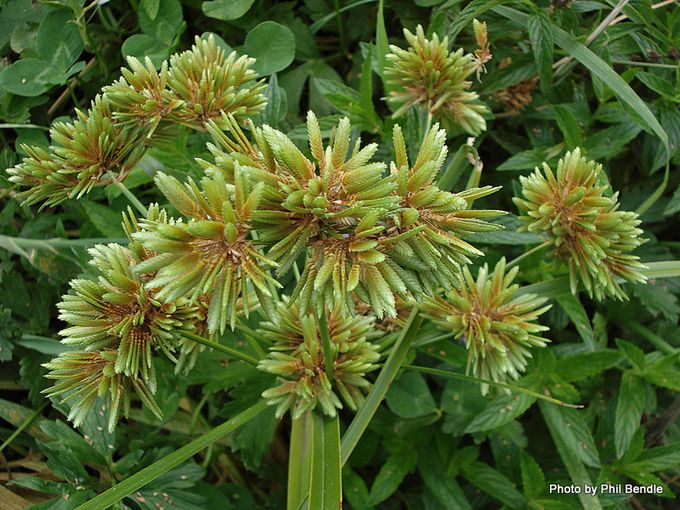 The photos below are of seed heads during late April. There is a steel blue ladybird on the flowerhead.on the photo below. 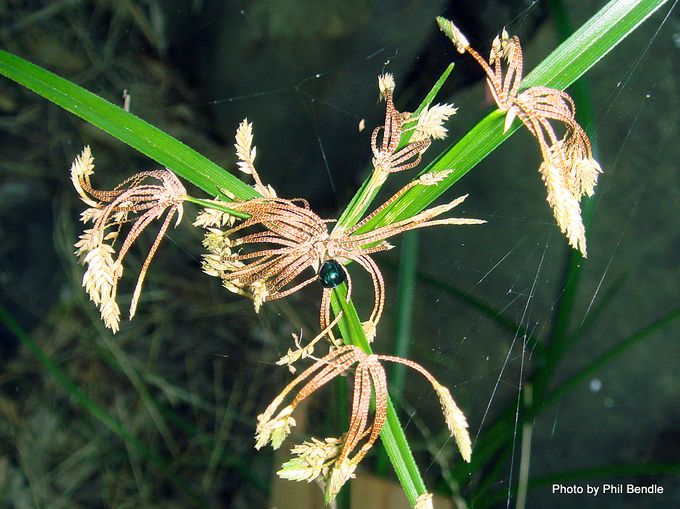 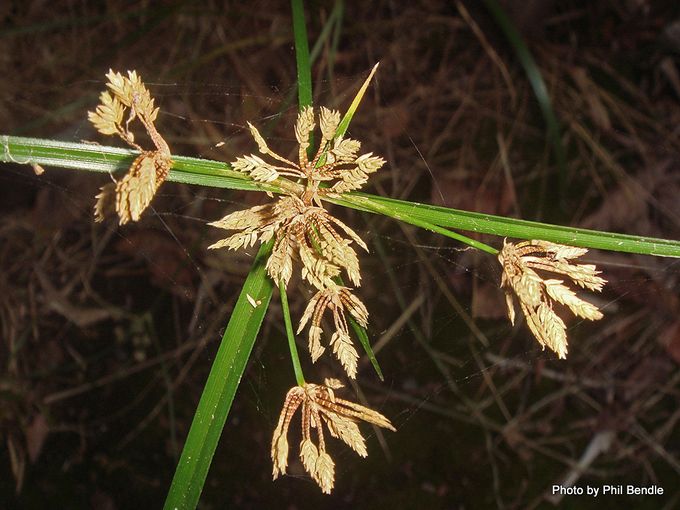 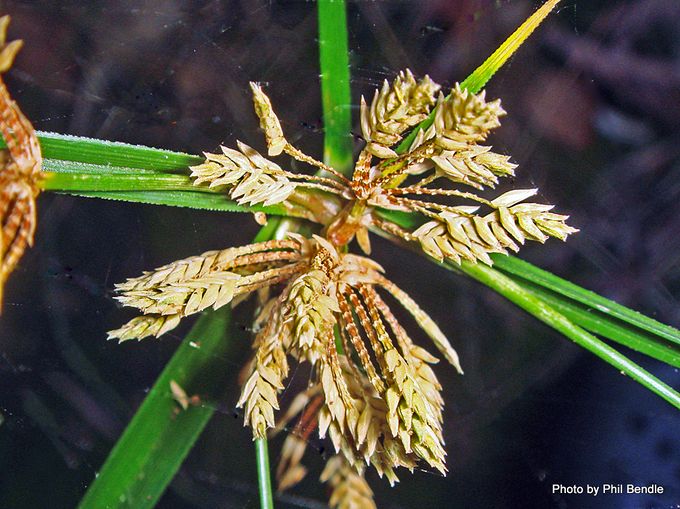