The bold, glossy leaves of this broadleaf tree make the karaka a distinctive feature of the coastal forest of the North Island and the upper part of the South Island. The masses of large orange fruits produced by it in the autumn add to its attractiveness. It is a tree endemic to New Zealand and the Kermadec and Chatham Islands and belongs to a very small family containing the single genus Corynocarpus. Seldom growing more than 30 - 40 ft high, it fits into the general level of the low canopy of the coastal forest. It sometimes occurs sparsely further inland in lowland forest.
The shining leaves grow up to 20 cm long and are generally elliptic in shape.
Berries are 2.5-3.8 cm long and oval with a pulpy exterior and a harder internal seed.
The wood is white and easily split but is not used except in the Chatham Islands where it has formed one of the main supplies of the small amount of timber used there. In spite of the fact that the seed contains an alkaloid, "karakine", that is highly poisonous, the berries were a valued source of food for the Maoris. The tree was, in fact, planted by them especially for food supplies and was one of the very few native trees raised artificially by the Maoris. The poisonous principle was got rid of by prolonged cooking and washing. 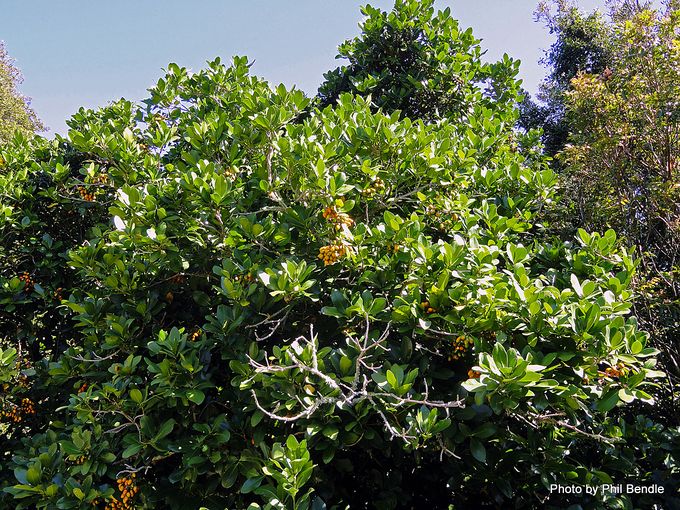 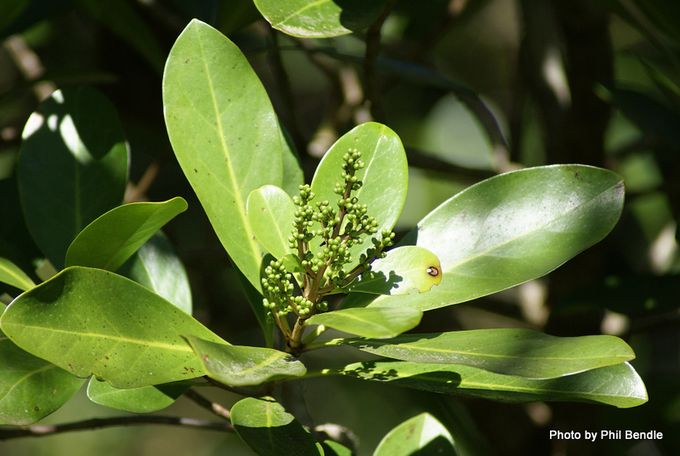 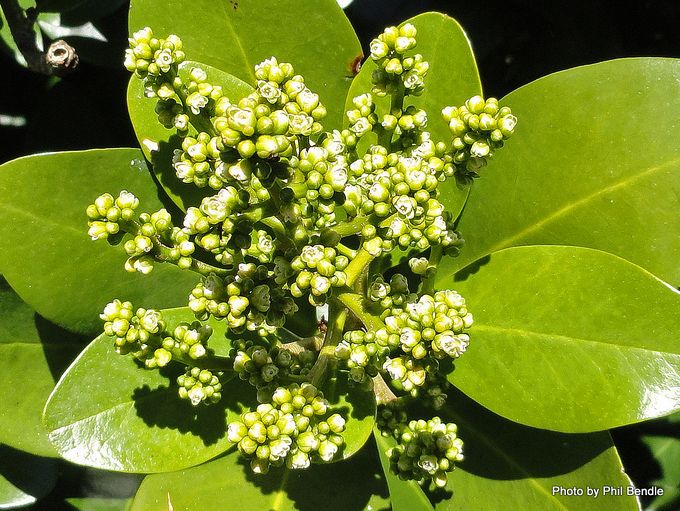 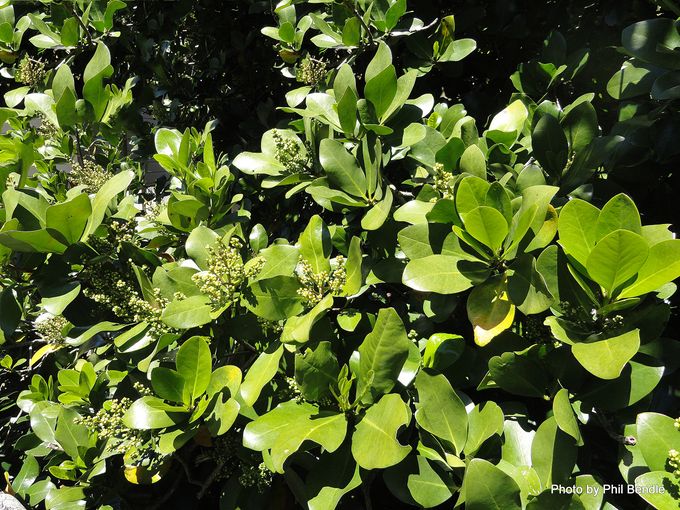 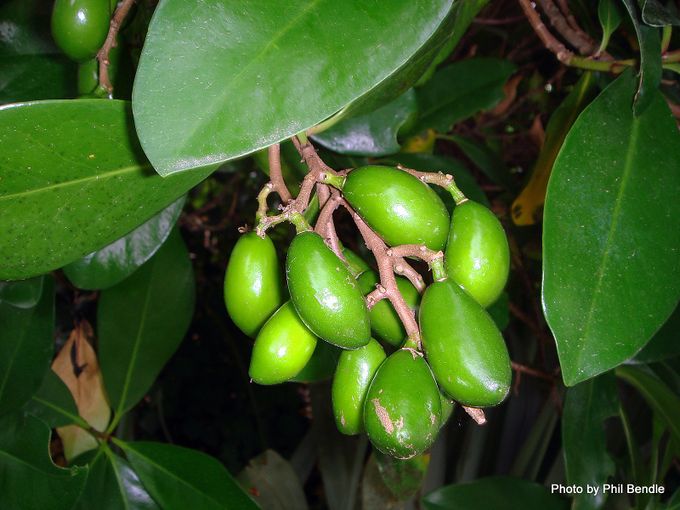 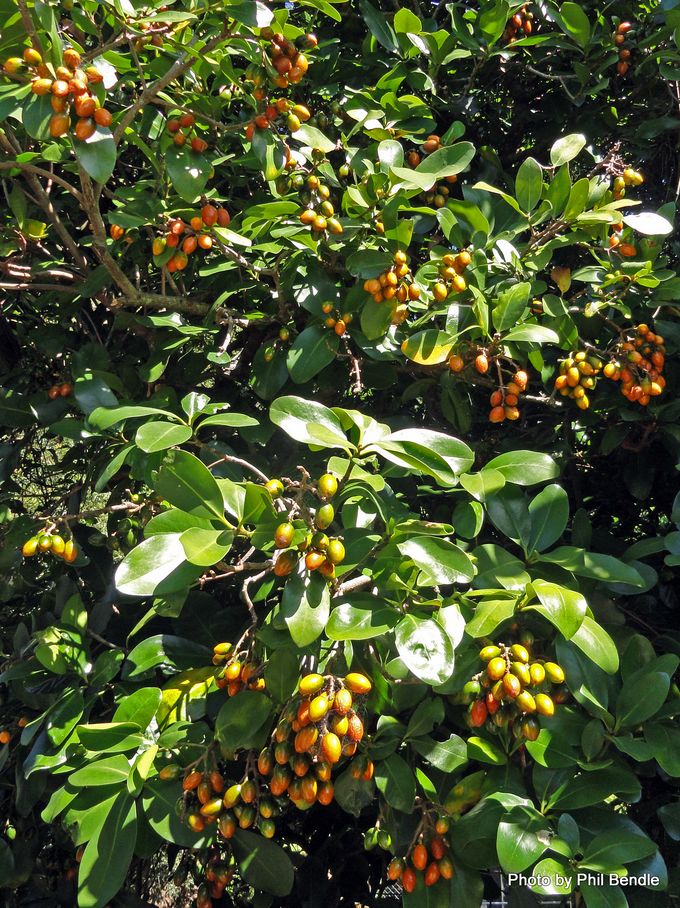 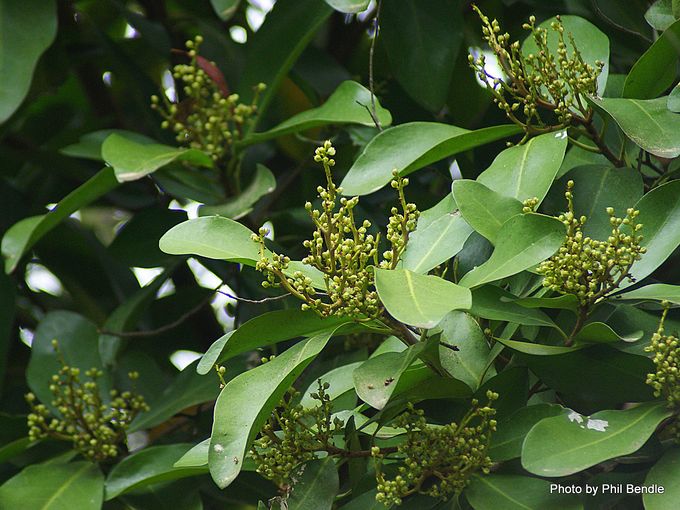 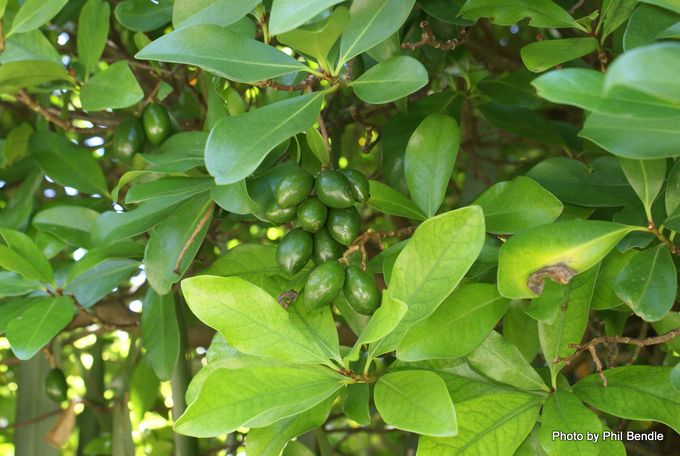 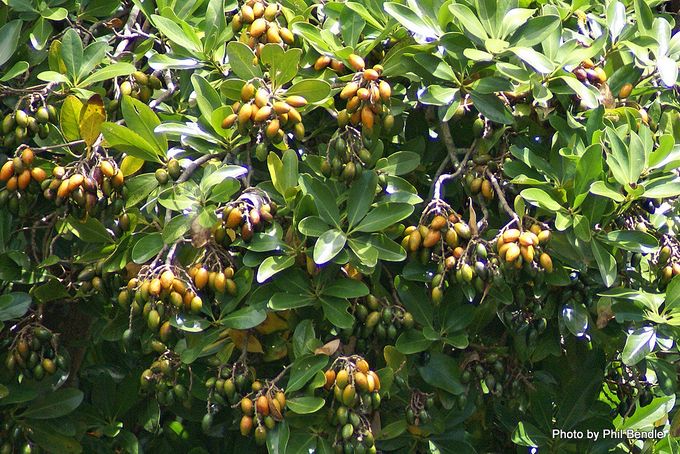 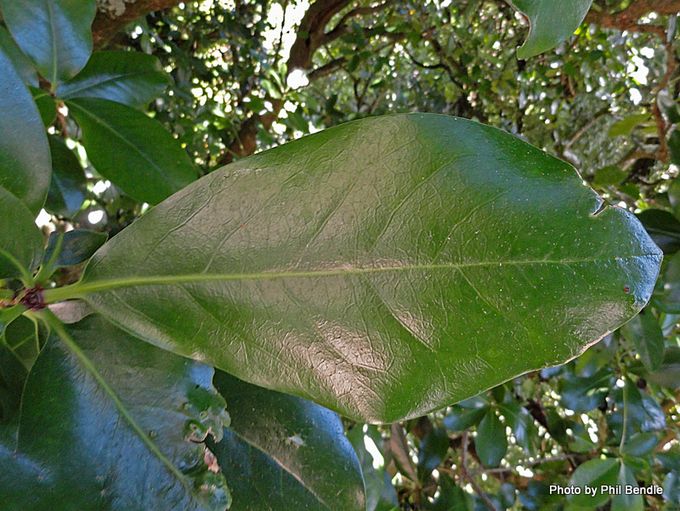 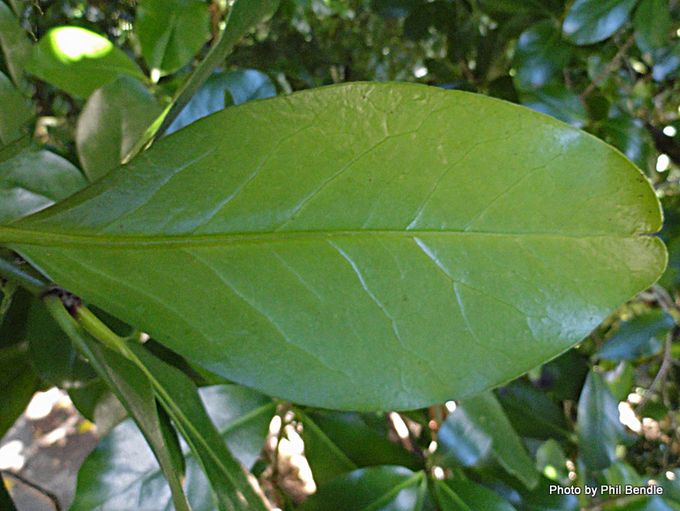 Karaka fruit germinating after falling to the ground. 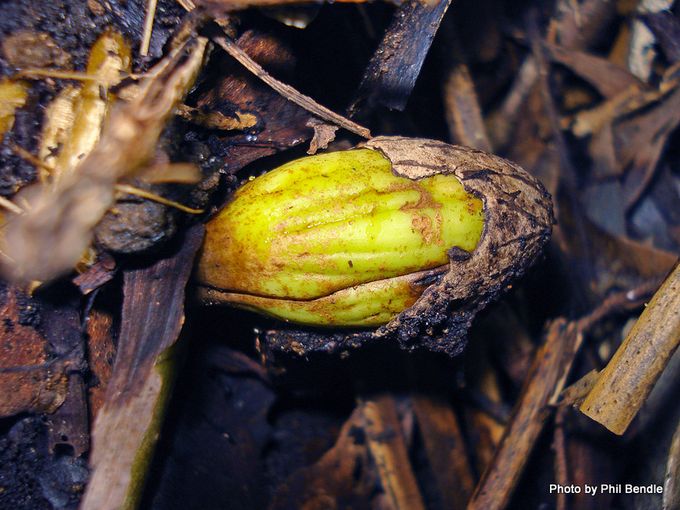 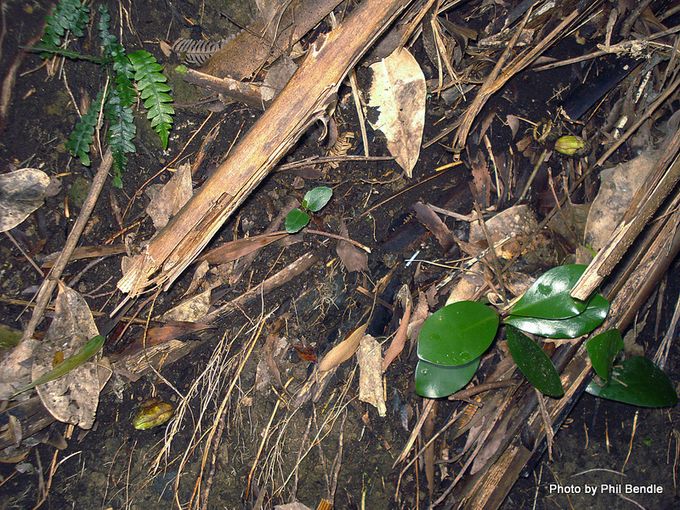