The cabbage tree is a familiar sight in swamps or dampish places throughout New Zealand vegetation. It reaches heights of 20 mt and has trunks with diameters of up to a 1.5 m plus. The crown is made up of long, bare branches carrying bushy heads of large, grass-like leaves up to a meter long.
Early settlers used the young leaves from the centre of these heads as a substitute for cabbage – hence the common name.
At the flowering time which is during late November to February large panicles of small, white, sweet-scented flowers emerge from the centre of the heads. Good flowering seasons only occur every few years. Small, whitish berries are formed which are readily eaten by birds. The tree is very tenacious of life, and chips of the wood or sections of the stem will readily shoot.
The genus Cordyline is placed by many botanists in the lily family, a group of plants which contains few trees, C. australis being the largest. The genus contains over twenty species most of which occur in the warm temperate and tropical regions of the southern hemisphere. Apart from the cabbage tree, there are four other species in New Zealand and the surrounding islands.
The Maoris obtained a most nutritious food, kauru, from the root of the young cabbage tree. This root is an extension of the trunk below the surface of the ground and is shaped like an enormous carrot some 2–3 ft long. An observer of the early 1840s, Edward Shortland, noted that the Maoris “prefer those grown in deep rich soil; they have learned to dig it at the season when it contains the greatest quantity of saccharine matter; that is, just before the flowering of the plant. They then bake; or rather steam it in their ovens. On cooling, the sugar is partially crystallised, and is found mixed with other matter between the fibres of the root, which are easily separated by tearing them asunder, and are then dipped in water and chewed”. The trunk of the cabbage tree is so fire-resistant that early European settlers used it to make chimneys for their huts. They also brewed beer from the root.

Medical Uses: An infusion of the leaves was used for dysentery and diarrhoea and for cuts. (From "Maori medical lore" by W. H. Goldie. 1905) The leaves were softened by rubbing and scraping. These scrapings were applied as an ointment to cuts, cracks in the skin and sores (from unpublished notes by Beryl Moore 1940). The younger inner shoots and the top of the stem were boiled and eaten by nursing mothers and were given to their children for colic. (From unpublished notes by T. Kururangi 1941) 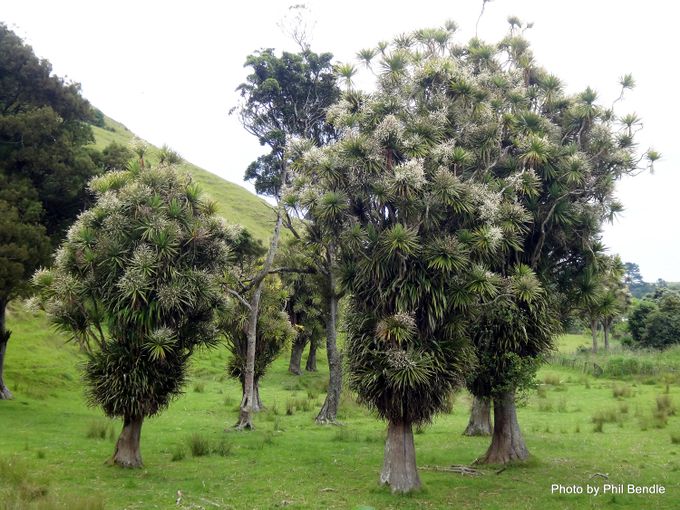 Photo of a very old tree at Mahoe, Taranaki 2010 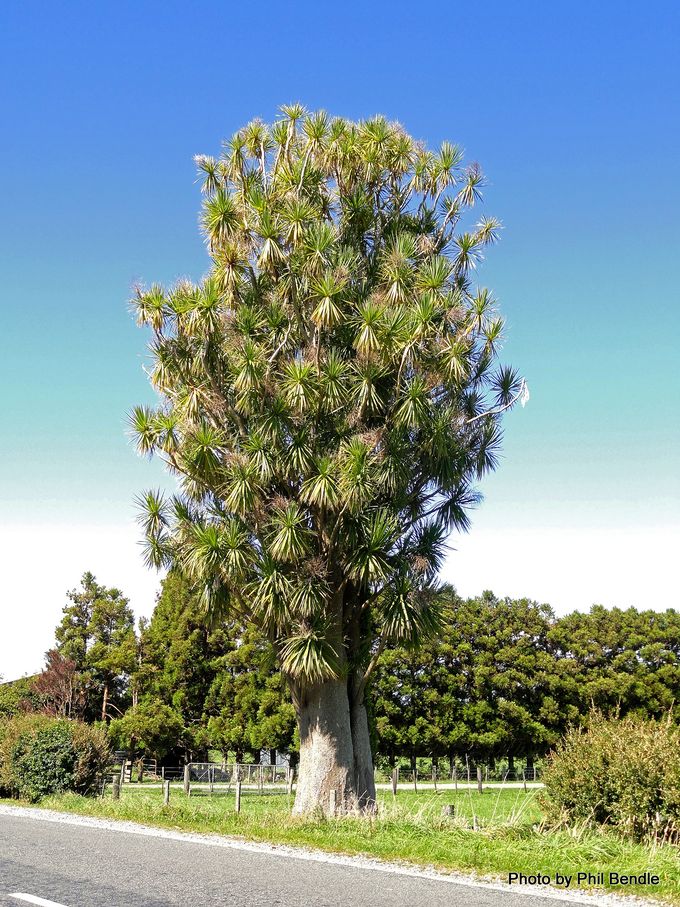 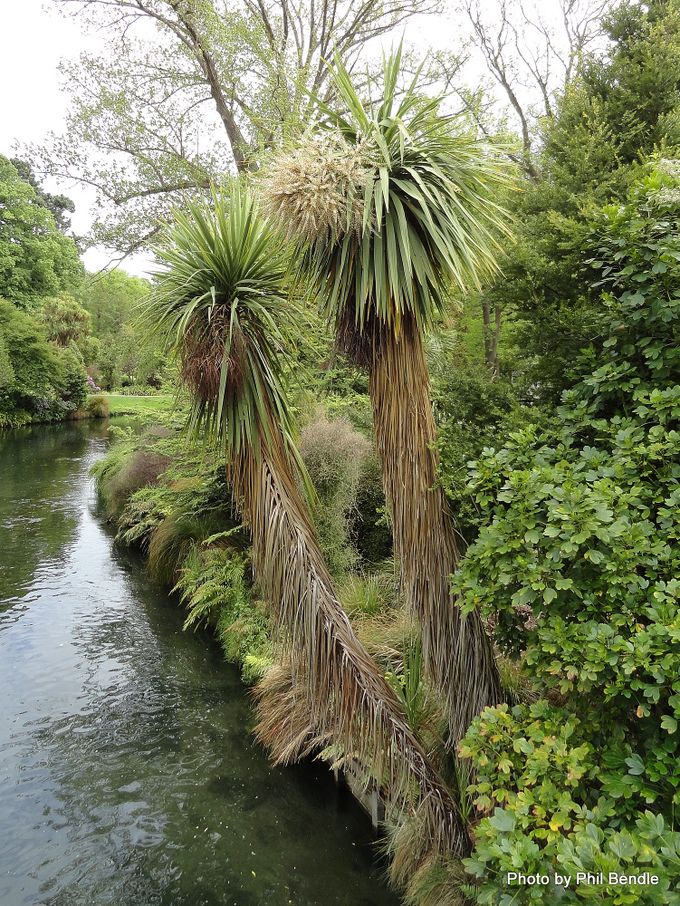 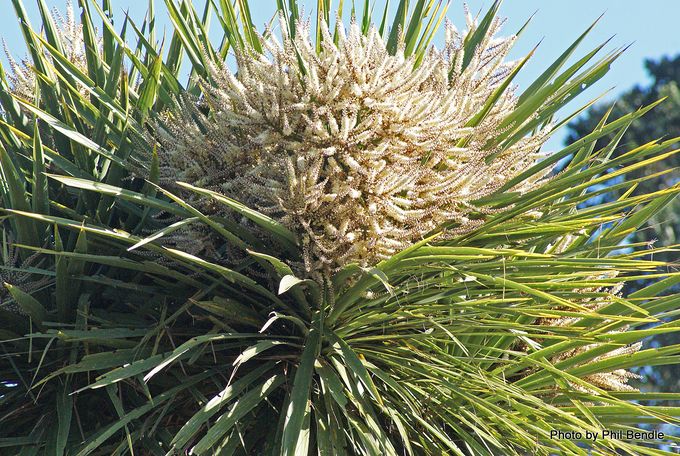 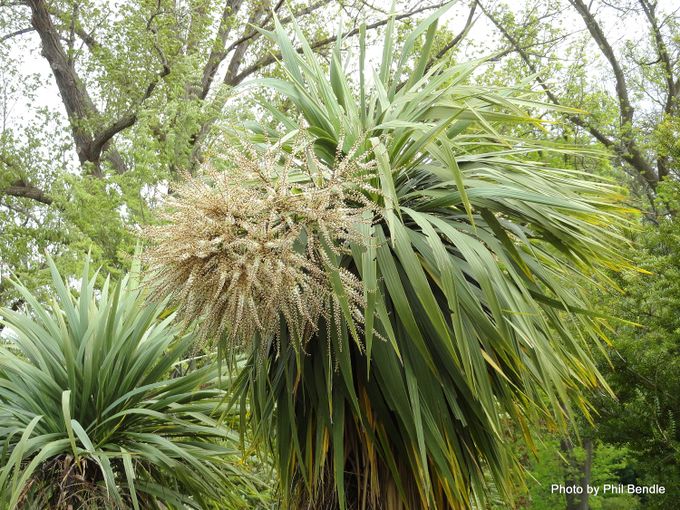 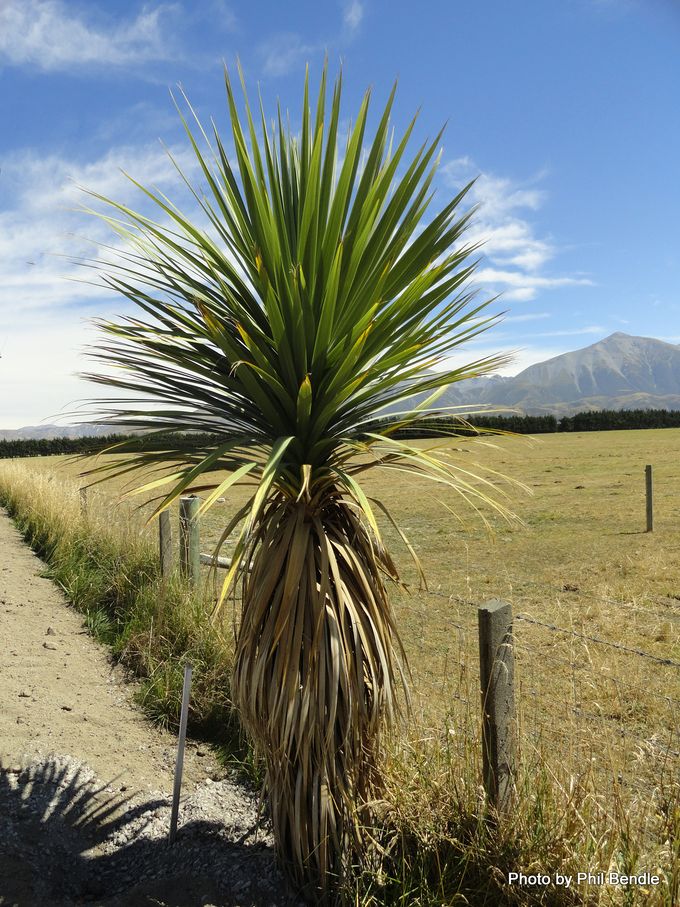 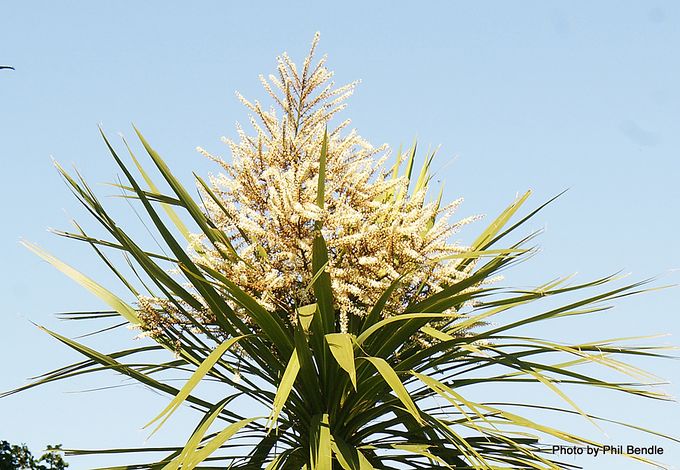 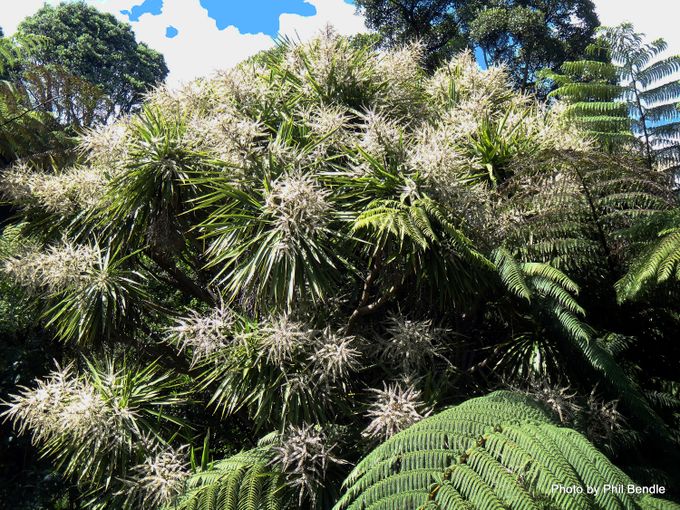 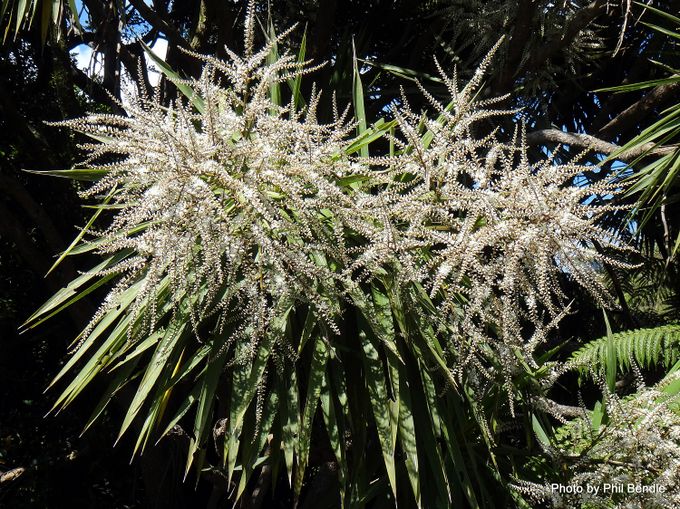 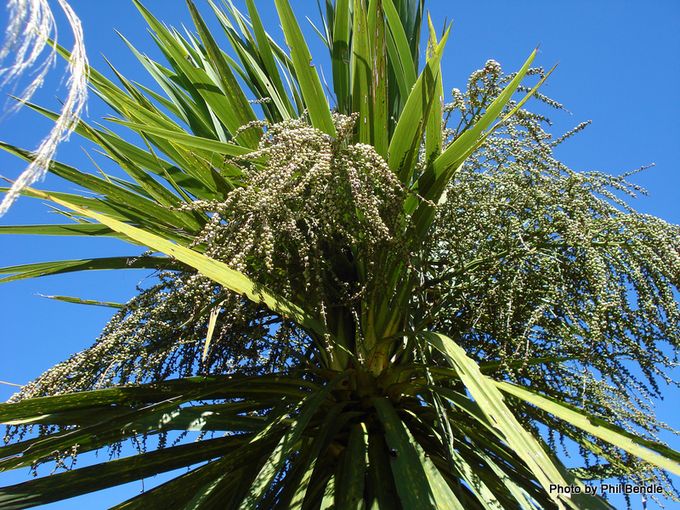 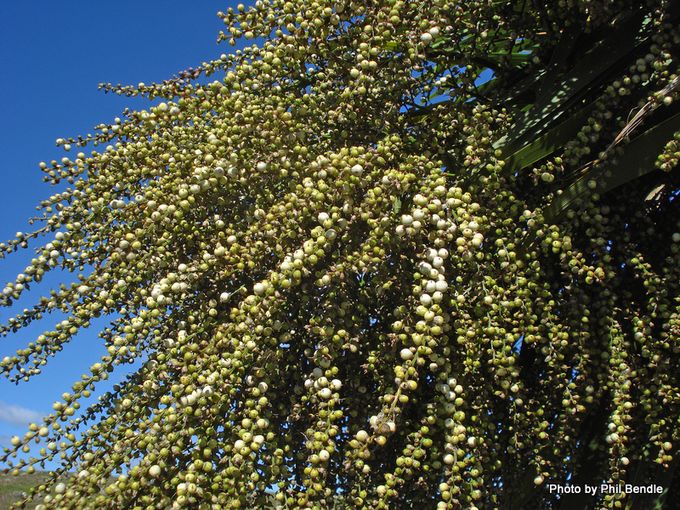 Closeup of the fruit 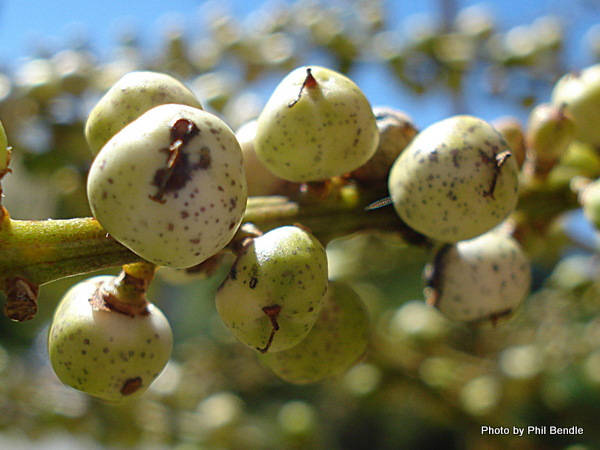 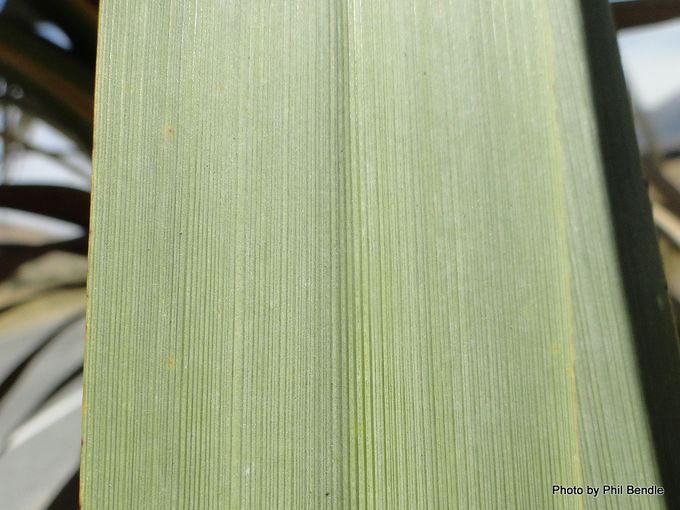 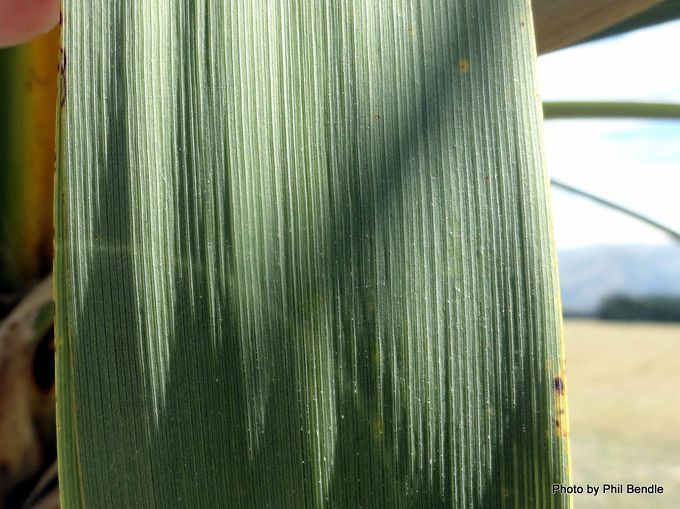