The Maori name "Putaputaweta" means "many wetas" and refers to wetas living in the holes left by Puriri moth larvae.
The name "Bucket-of-water tree"  was used because the freshly cut timbers were so sappy it would not burn easily.

Carpodetus serratus is endemic and is widespread in the North and South Islands of New Zealand and Stewart Island. It occurs from coastal to montane (10-1000 m) in moist broadleaf forests on stream sides and forest margins. It is a frequent component of secondary forests. It forms a small, spreading tree to 10 m tall, with a trunk to 20–30 cm in diameter with rough greyish bark.

Carpodetus serratus is monoecious (an individual that has both male and female reproductive units on the same plant). The juvenile form has tangled growth of zigzag pattern of branching. It has white flowers 5 mm wide which occur in broad panicles in spring followed by seed capsules January-February or though dried fruit can be present at any time. Fruit is a black capsule 4-6mm. The seed is distributed by the birds.
Few traditional Maori uses of this plant have been recorded. Its white open grained wood is strong and elastic and was used by early bushmen for axe and tool handles and for fence rails.

This plant is host to the puriri moth (Aenetus virescens) and there is an interesting association with its caterpillars that live in Putaputaweta trees. The worker ants of the species Prolasius advenus (The small brown bush ant) feed on sap exposed by the wound created in the callus tissue of the tree by the moth larvae.

A mature tree in the Christchurch Botanical Gardens Photographed November. 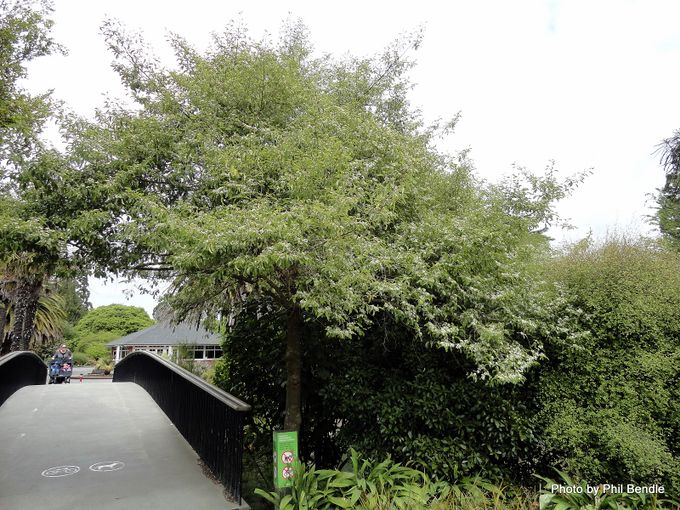 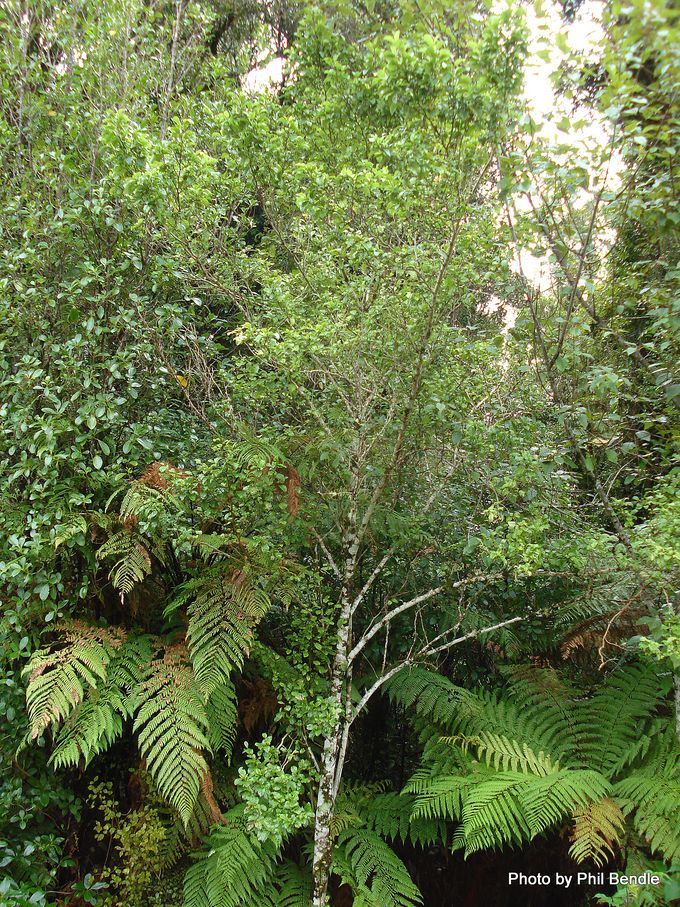 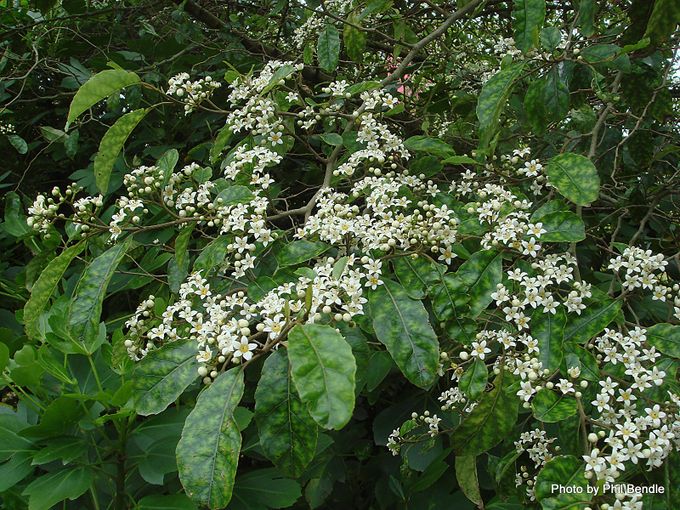 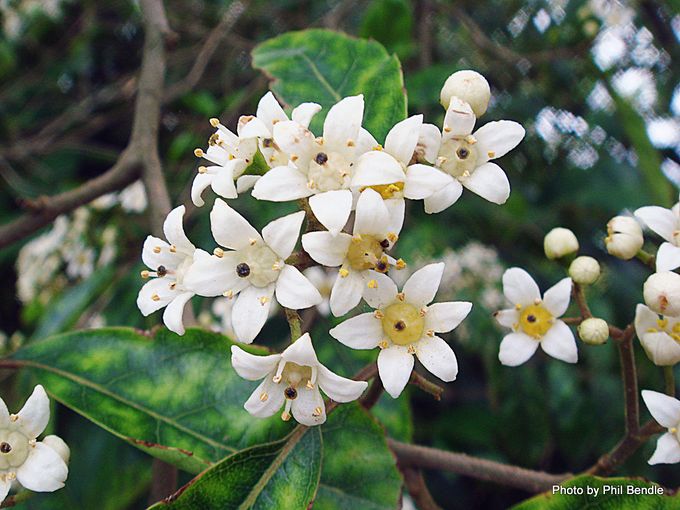 The flowers just after pollen stage and they are loosing petals. Black fruits then develop. 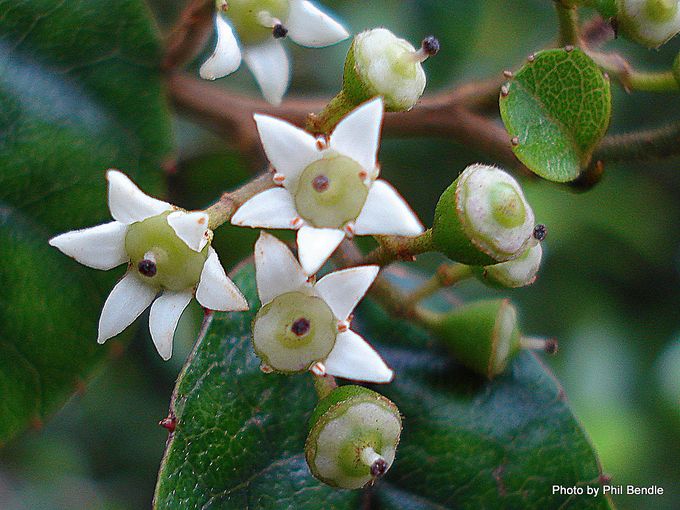 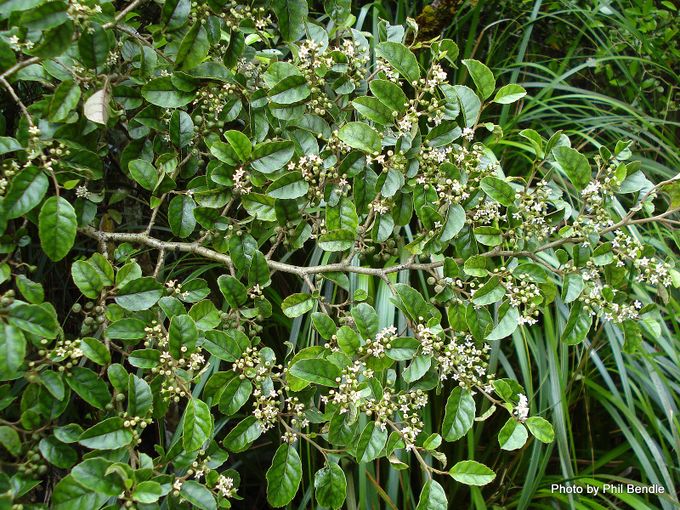 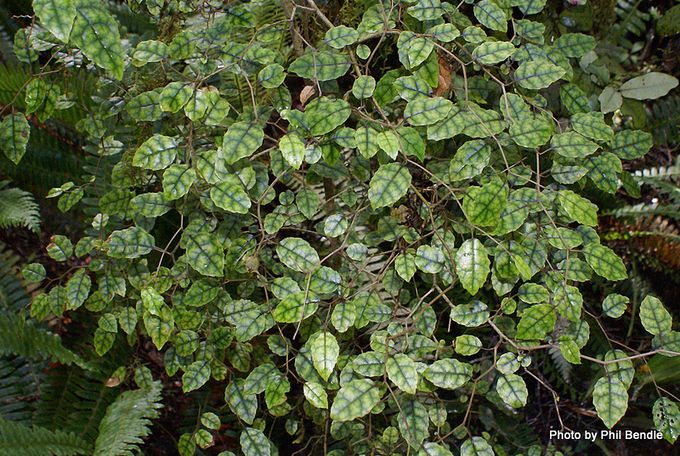 The tangled zigzag pattern of branching of a juvenile tree 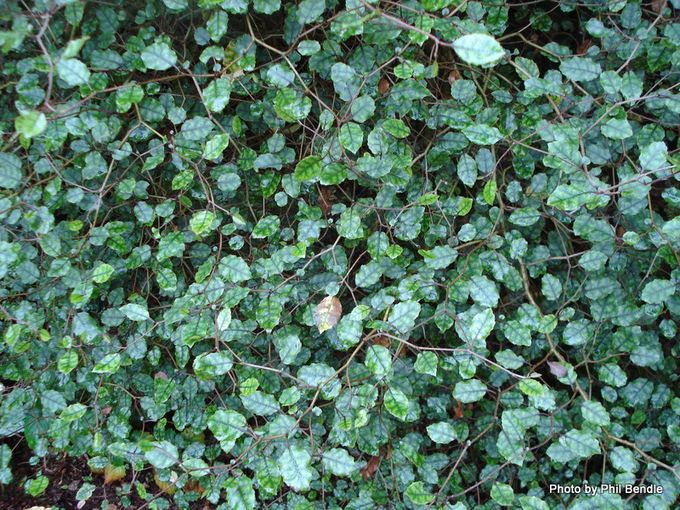 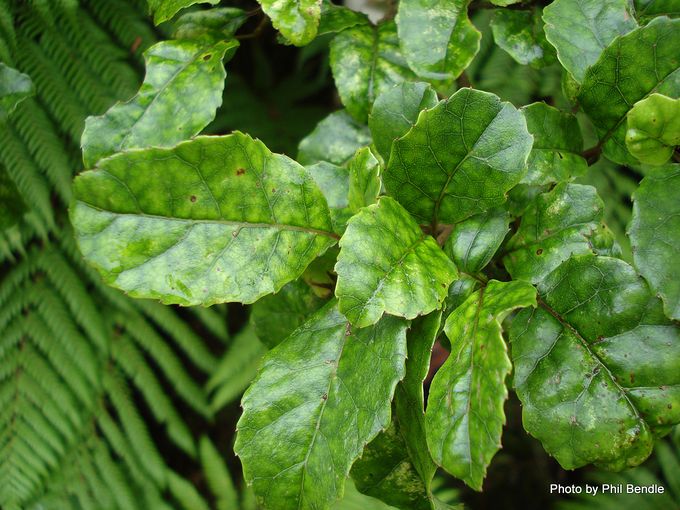 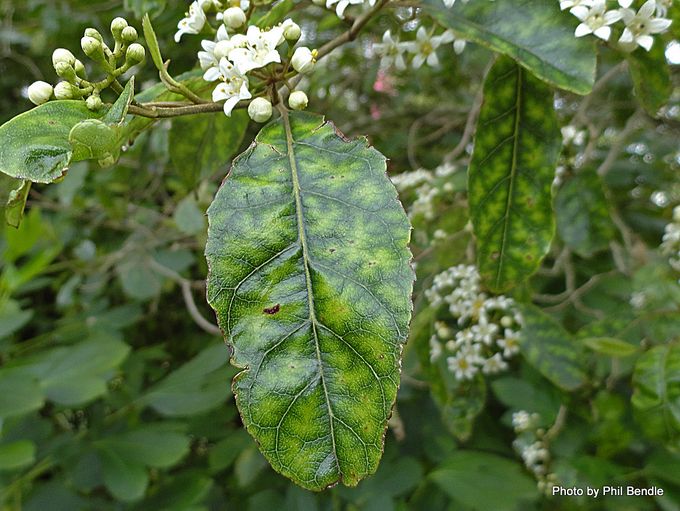 The veins on the underside of a leaf. 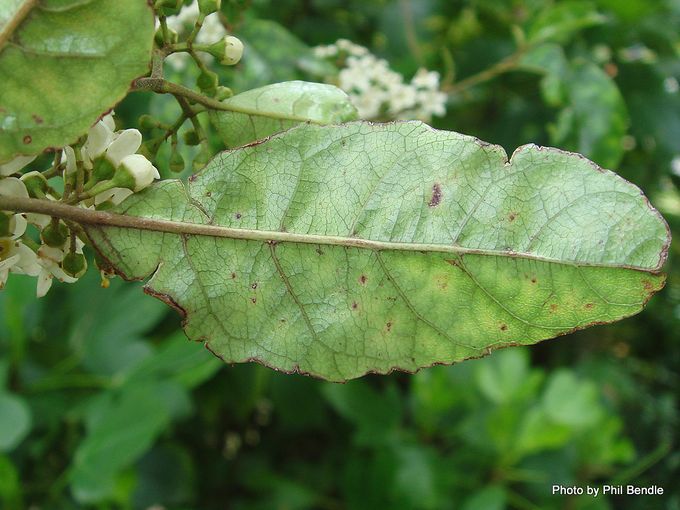 The trunk of a mature tree. A scar can be seen where several limbs have been removed. Photographed at Christchurch Botanical Gardens. 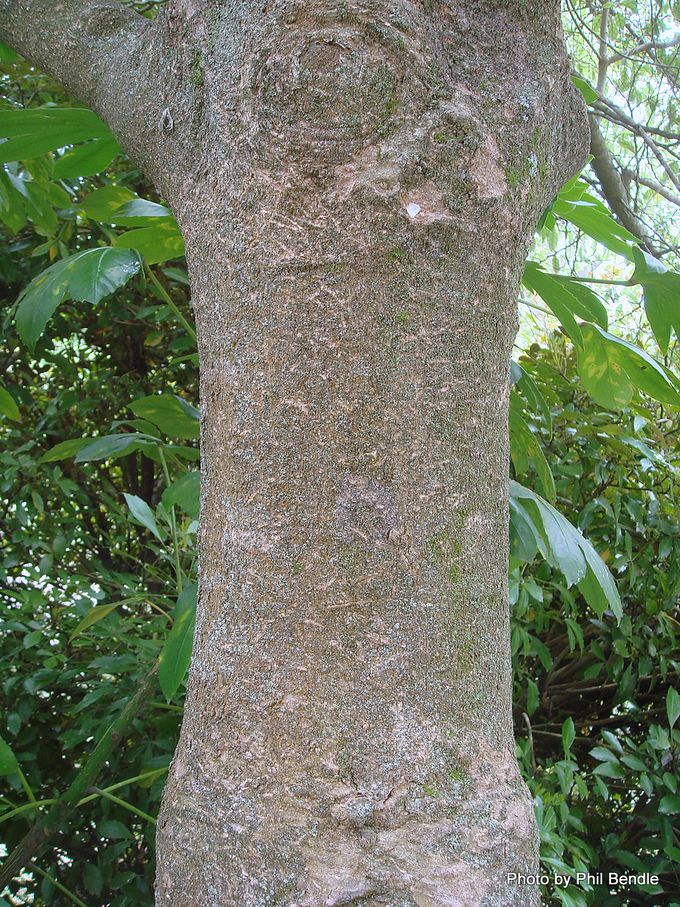