This unnamed beetle is one of several species of Lax beetles that live in New Zealand. This specimen was found in Northland in November. It was 15 mm long. Most adult lax beetles are mainly polyphagous pollen and nectar-feeding. They are diurnal and nocturnal in activity. Their grubs live in rotten wood.

Adults fax beetles contain the toxin cantharidin in their corporal fluids as a defensive mechanism which they release from their joints when handled. Cantharidin is secreted by the male beetle and given to the female as a copulatory gift during mating. Afterwards, the female beetle covers her eggs with it as a defence against predators.
If one lands on you, quickly flick it off before toxins are released. Do not squash it on your skin.  Wash the contact area with running water. 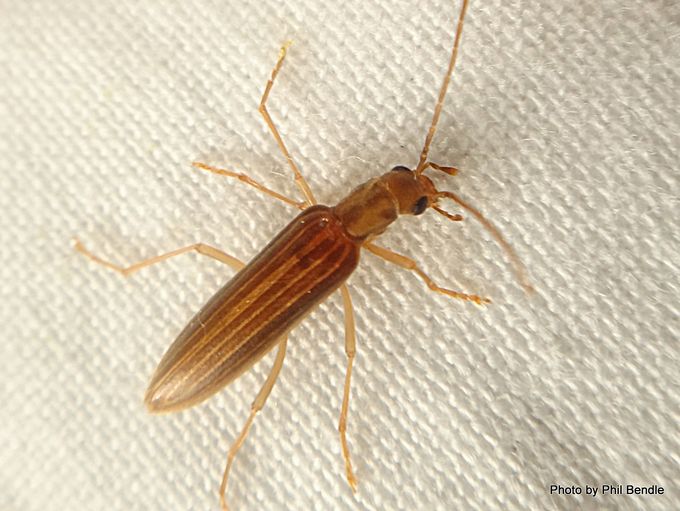 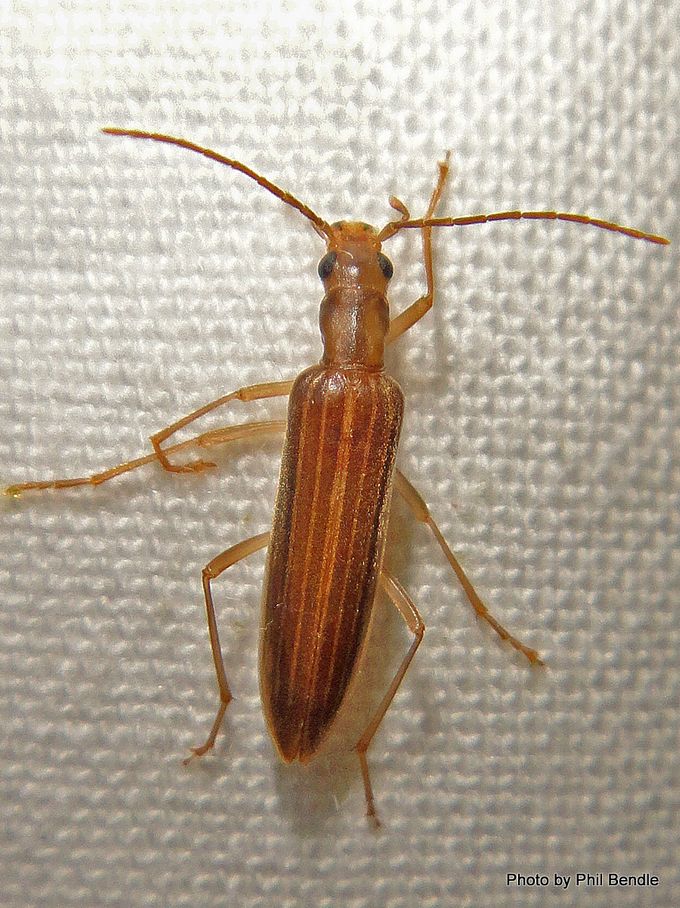 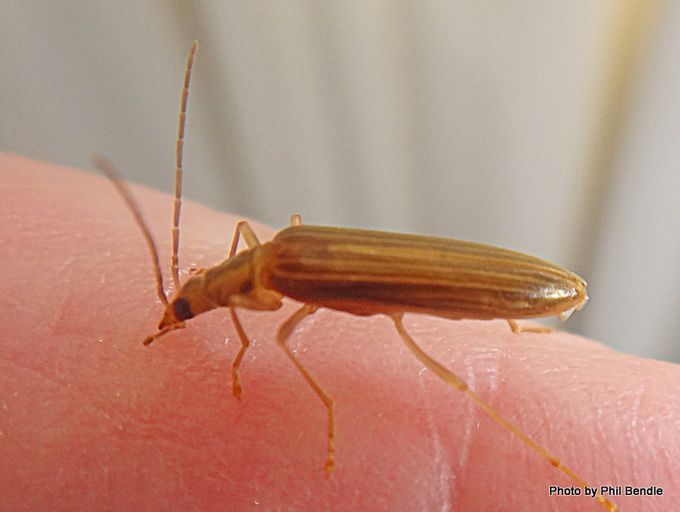