Mecodema crenicolle is a common New Zealand native ground beetle. It is a black, flightless beetle (>20mm in length) that sometimes has a shiny green tinge to the elytra. It is one of about 60 New Zealand species of waste ground beetles. It hides during the day under logs, stones etc.and hunts at night, feeding on insects. 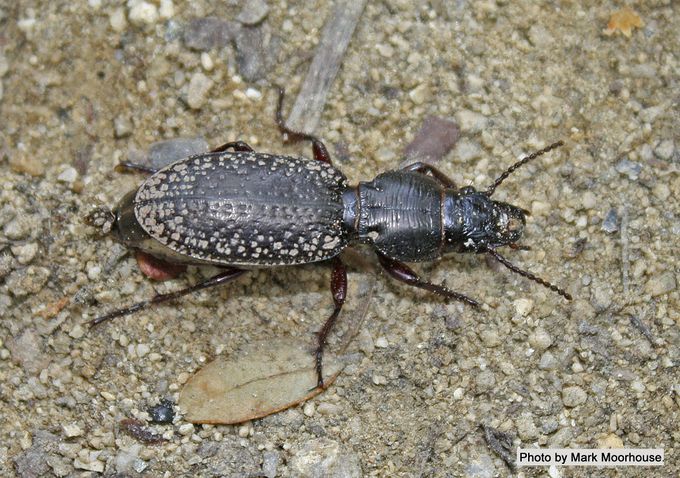 This is an interesting photo showing Mecodema crenicolle starting to moult. In arthropods, such as insects, arachnids and crustaceans, moulting is the shedding of the exoskeleton (which is often called its shell), typically to let the organism grow. This process is called ecdysis. 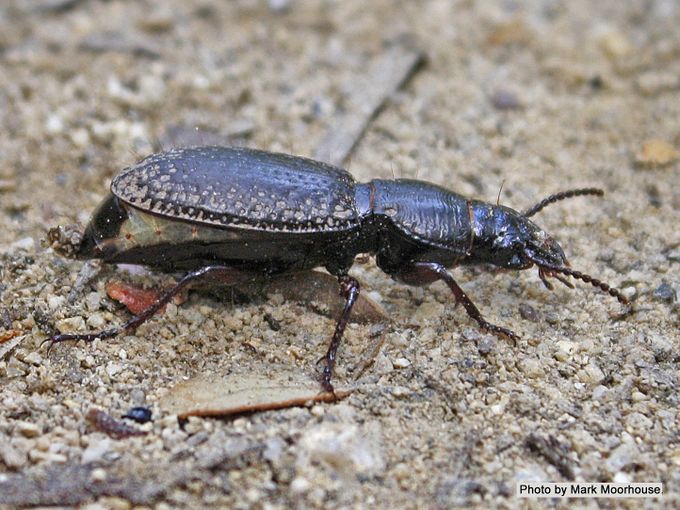