The Grass grub beetle (10 mm long) is the natural enemy of the common grass. Native to New Zealand the Grass Grub, ‘Costelytra zealandica’  has proliferated since we became a pastoral country. It is found throughout the North & South Island, though it is rare in Northland.
June and July are the most active months of the grass grub. Activity starting in March and building up to June/July then dropping off to finish in September. Where the adult beetle emerges in October and is active until December dependant on area and temperatures.  The grubs are 20-25 mm long when mature. They have a honey-brown head and a semi-translucent body. The grubs tail end is a dark in colour. They thrive in light, well-drained soils.

The females mate soon after emerging and lay their eggs back near where they emerged from. (unless distracted by night lights). A female lays about 40 eggs in batches, 70 to 200mm below the soil surface. The larvae hatch in about 20 days dependant on soil temperature. They start feeding at these low depths and over the months work their way up to the top 20-30mm of soil in the May to July period. During the dry soil times of summer, the grubs hibernate till the soil becomes moist with autumn rains.

The adult beetles are only present for a few weeks in spring/early summer each year. This period varies in different regions.They are generally not seen during the day but fly after dusk and are often attracted to lights in large numbers. They have two flight phases, the first is a mating flight and occurs very soon after the beetles emerge from the soil, the second consists of feeding flights and may occur for 2-3 weeks. Grass-grub beetles feed on the young foliage of a wide range of plants including grape vines, kiwifruit, blueberries, cereals, brassicas, ornamental and shelter trees and bushes. Damage appears as large irregular areas of leaf eaten from leaf margins. (Text thanks to AG Research) 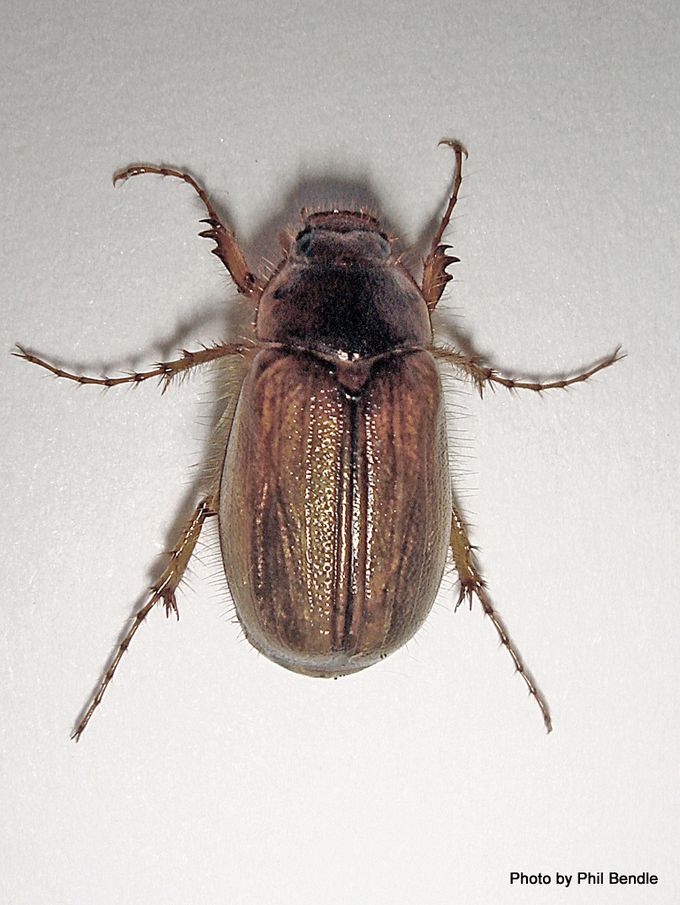 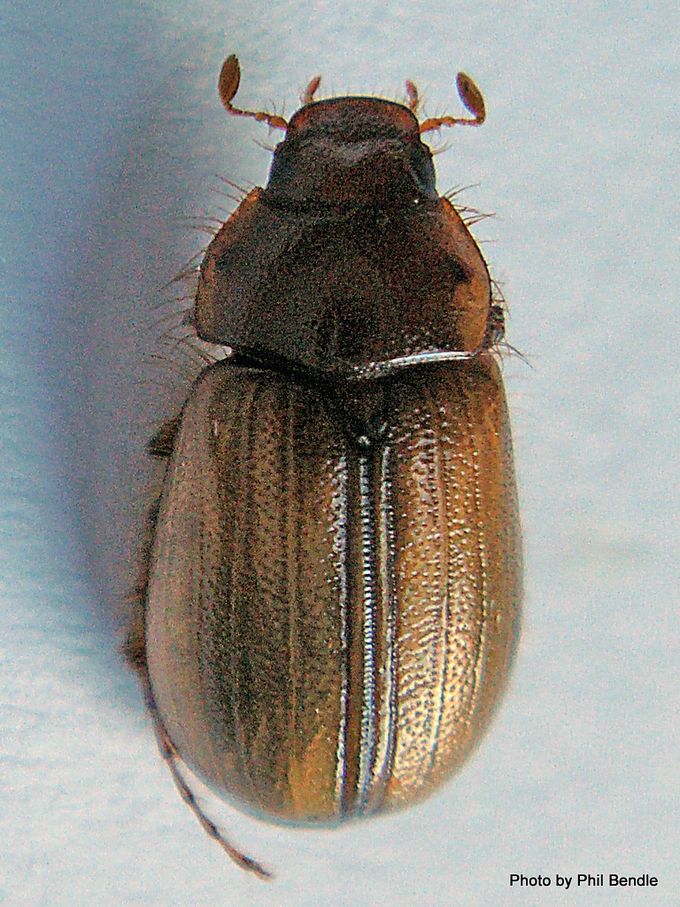 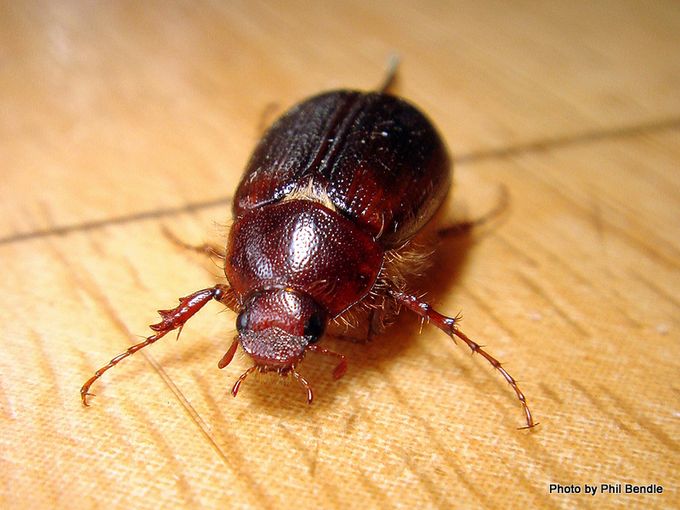 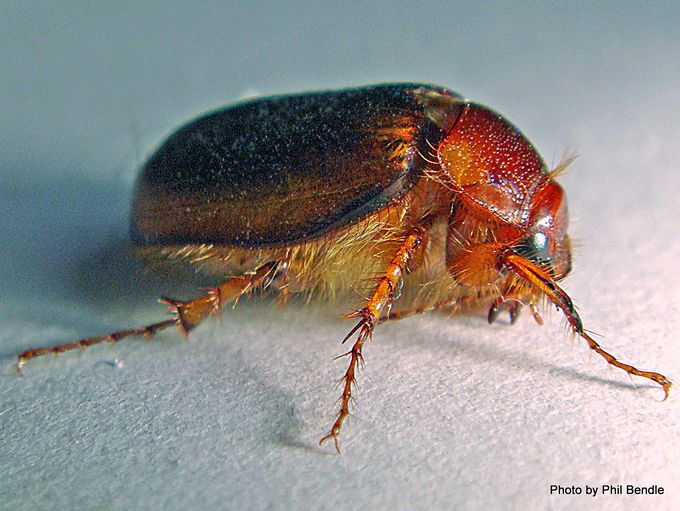 The elytra (wing cases) do not completely cover the abdomen so that a small terminal portion is left exposed. 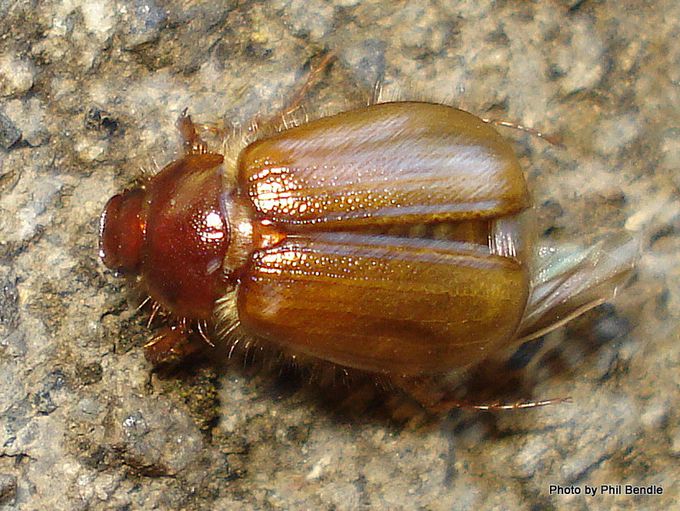 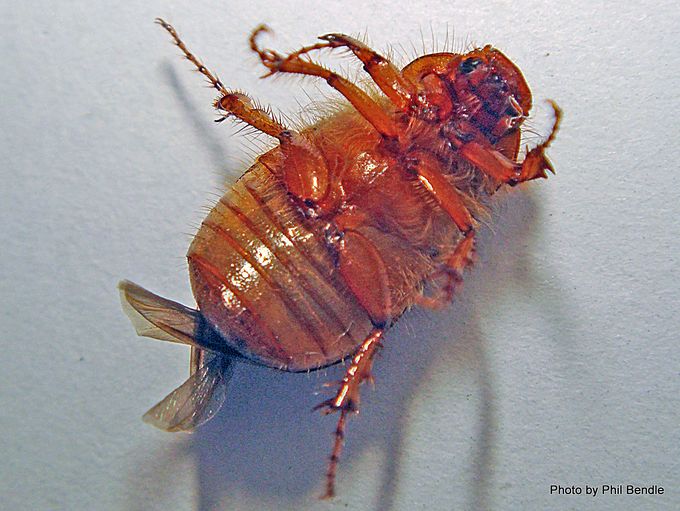 Grass-grub larvae are up to 15 mm long with tan coloured heads and are usually found in a C shape. They feed on the roots of many pasture species and other plants. The grub’s pasture damage occurs in patches. These initially appear yellower than surrounding pasture and plants are pulled easily from the ground. Patches feel soft underfoot and are easily pugged. 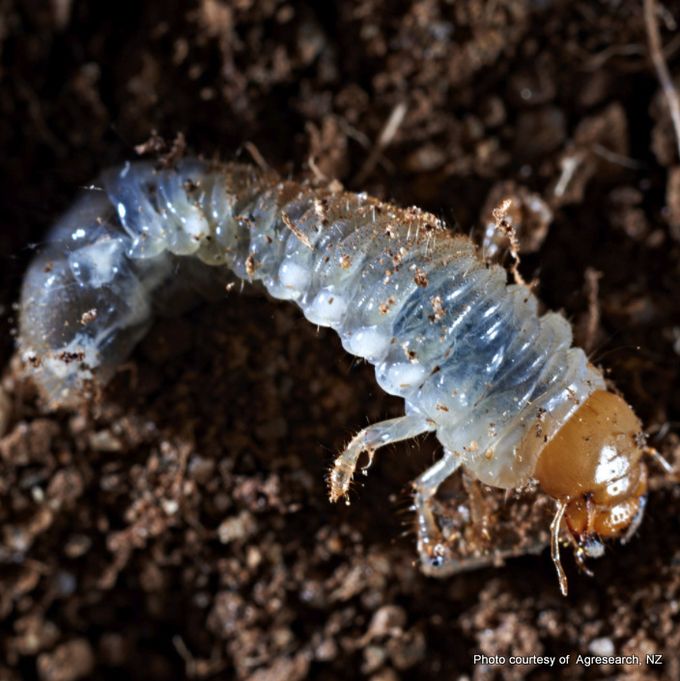