Barklice are small insects called Psocids that live in damp environments. They have a soft body, long, thin antennae, broadheads, biting jaws and 'bulging' eyes. They are usually less than 6mm but may grow up to 10mm in length. The adults often have two pairs of wings that are held over the top of the body like a hood when not in use. They are usually found in moist places, such as leaf litter, beneath stones, on vegetation or under tree bark. Some species live in organized communities beneath a fine net spun with silk from labial glands in their mouth. They graze on algae, lichens, mould, fungi and various plant products, such as pollen.

Nimbopsocus australis is one of New Zealand's native bark lice. It also occurs in Australia, Lord Howe Island, Norfolk Island, Kermadec Islands and the Solomon Islands. They are large psocids around 6.0mm head to wingtip. Males are much smaller than the females and appear slightly darker than the female. The females have a more coarsely mottled wing pattern which includes a greater proportion of paler areas. 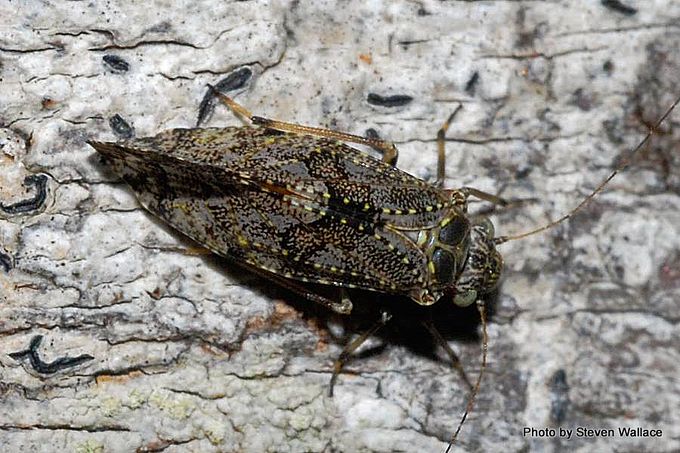 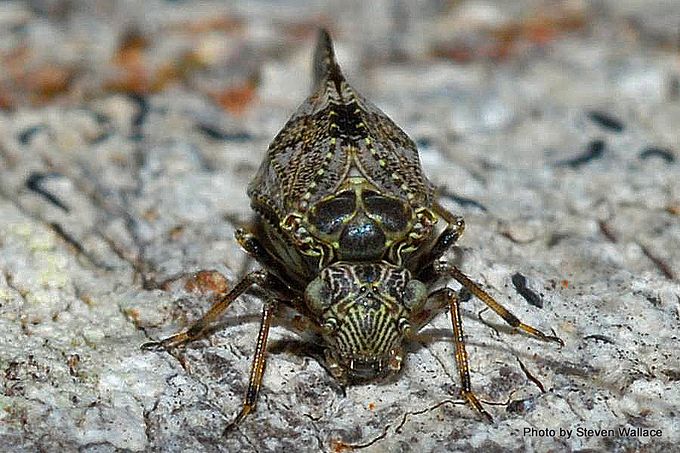 Barklice feeding on lichen on a maple tree.
VIDEO

A video of two male bark lice enticing a female with an Iridescent display.
VIDEO