Banksia serrata is a species of woody shrub or tree native the east coast of Australia. It is a gnarled tree up to 15 m in height but can be mush smaller depending on its habitat. It has fire-retardant bark which can be up to 6 cm thick and is cork-like in texture.
The serrated leaves are a dark glossy green above and light green below, eight to twenty centimetres long, and two to four centimetres wide. Except near the base of the leaf, the margins are serrated with lobes between one and three millimetres deep.
It has dark green leaves and large, yellow or grayish-yellow flower spikes.
It has large, yellow or grayish-yellow flower spikes and occurs in Banksias distinctive cylindrical flower spikes. "Cones" may have up to 30 follicles, and usually appear hairy due to the retention of old withered flower parts.
Reproduction is exclusively by seed. The seeds are long-lived and held in cones and only released on the death of branch or following fire.
This tree also possesses a lignotuber, which is an underground structure that stores energy that the plant can use to regenerate after severe bushfire.
It is one of the four original Banksia species collected by Sir Joseph Banks in 1770. In Australia it grows exclusively in sandy soils and it is usually the dominant plant in scrubland or low woodland. Sold by nurseries in New Zealand. 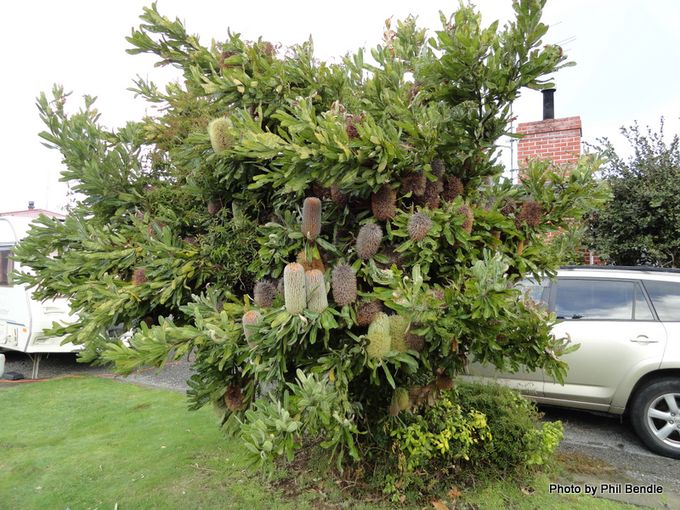 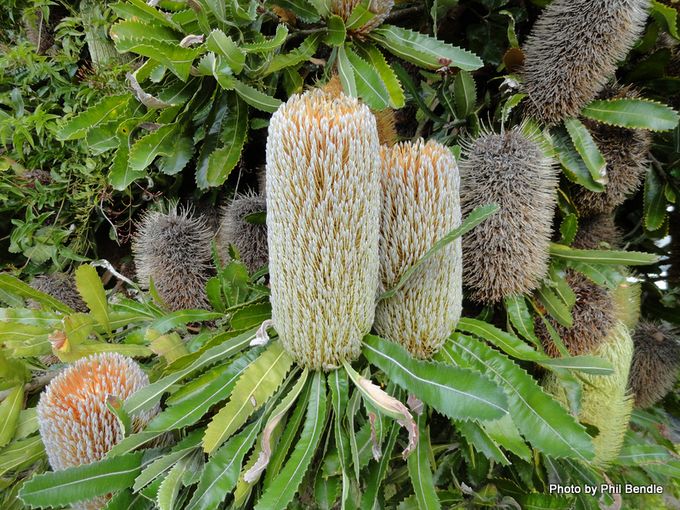 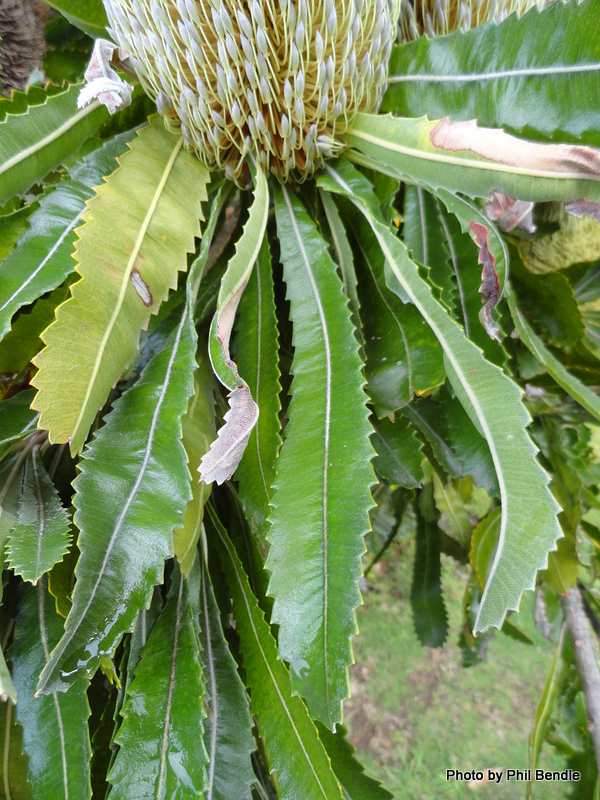